On what was supposed to be a quiet vacation between work projects, Matthew Broderick and Jennifer Grey were involved in a fatal car crash that took the lives of two women who were in the oncoming vehicle. Broderick and Grey have struggled with the accident ever since and have rarely spoken about it publicly.

A trip through Northern Ireland

In the summer of 1987, Broderick and Grey, dating at the time, were traveling through Northern Ireland together while on vacation. The trip was intended to be a break for them both as Broderick had just finished filming Biloxi Blues (1988) and Grey had just finished making her publicity rounds for the upcoming release of Dirty Dancing (1987). 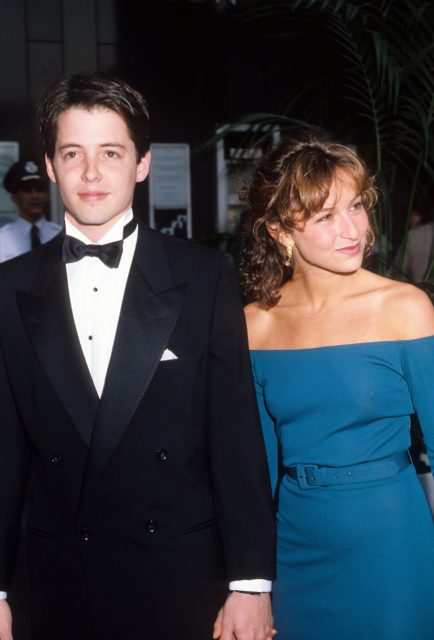 On August 5th, they made their way driving from Irvinestown to Maguiresbridge. During the trip, they found themselves lost on a number of occasions. They made their first stop at a gas station to ask for directions when it began to rain. After waiting for the rain to pass, they headed back onto the road. While driving, the rain picked back up and they stopped at another gas station to wait it out again.

Eventually, the couple became lost again and they made another stop just outside of Enniskillen. Here, they asked an off-duty police officer for directions.

Conditions for a crash

When the officer heard of their plans, he supposedly told them that the route they wanted to take was “just stupid” and offered them an alternative route that would be safer given the bad weather conditions.

Unfortunately, Broderick had no intention of changing his route, and he took off once again driving in the same direction. The officer followed their car for a few miles and noted that Broderick was not going fast. He estimated that he was driving at approximately 40 miles per hour.

However, Broderick swerved into the opposite lane and crashed the car in a head-on collision with an oncoming vehicle.

They were all rushed to Erne Hospital

The passengers of the oncoming vehicle were mother Margaret Doherty, a 63-year-old woman with multiple sclerosis who was confined to a wheelchair, and Anna Gallagher, her 28-year-old daughter who would often pick her mother up to take her shopping. 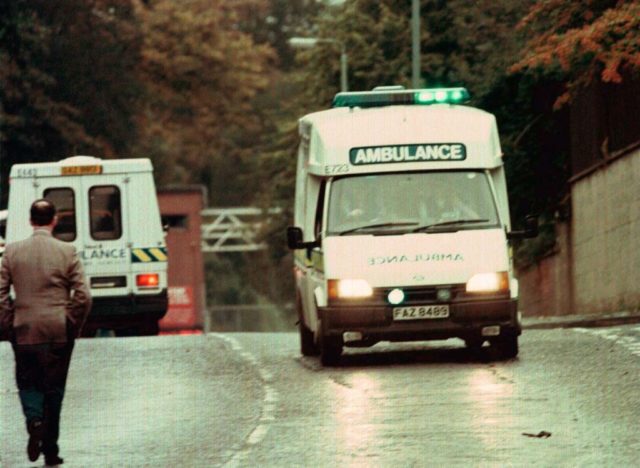 The crash was extremely violent and all four people were rushed to Erne Hospital to be treated for their injuries. Sadly, both Margaret and Anna lost their lives while in the hospital.

Broderick and Grey were lucky to have walked away from the fatal car accident, but they weren’t without injuries. Broderick’s face had been cut up from the windows shattering, he suffered a concussion, and he had broken a leg and multiple ribs. A member of the local fire brigade explained, “we had to cut the side away from the American’s car to give his first aid.” Broderick remained in hospital care for about four weeks. 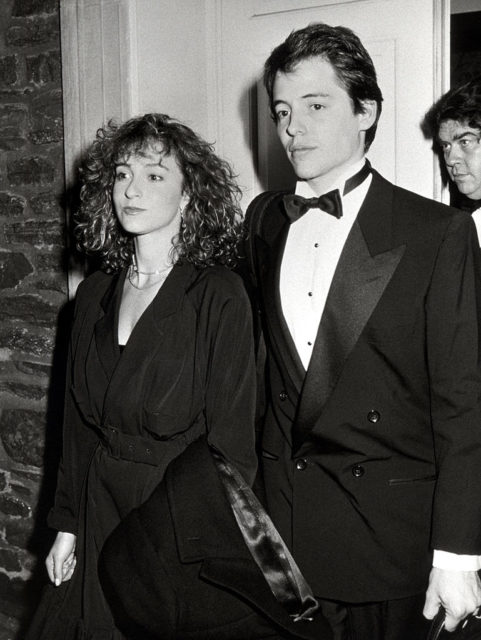 It seemed like Grey had walked away from the crash relatively unharmed, but as she later explained, “the collision was so intense that ligaments were ripped from the back of my neck. I’d have a headache for four days where I could barely open my eyes.” Her injuries from the crash required her to eventually need spinal surgery.

Broderick got off easy

The crash was a tragedy and people wanted an explanation for its cause, believing that there must have been an underlying reason for the fatal wreck. Years later, when Grey was asked what had happened, she said “[Broderick] was a great driver, and nobody was drinking. It was just an accident. And it was tragic.”

Broderick pleaded guilty and was charged with reckless driving. An offense like this can come with a prison sentence, up to 10 years in fact – five years issued for each death caused by the crash. Instead, Broderick got off pretty easy. In order to return to the US, he had to pay $4,075 in bail and was ordered to pay a $175 fine.

Despite two lives having been lost in the crash, Broderick was not charged with vehicular manslaughter. The family and friends of Margaret and Anna were upset by the court verdict and called the ruling “a travesty of justice.”

The crash happened just before ‘Dirty Dancing’ was released

When looking back on the incident, Grey explained how she struggled with the aftermath of the crash. Her new film, Dirty Dancing, was released just days after the crash had happened, and she had a difficult time coping with both the tragedy and her sudden spike in stardom. 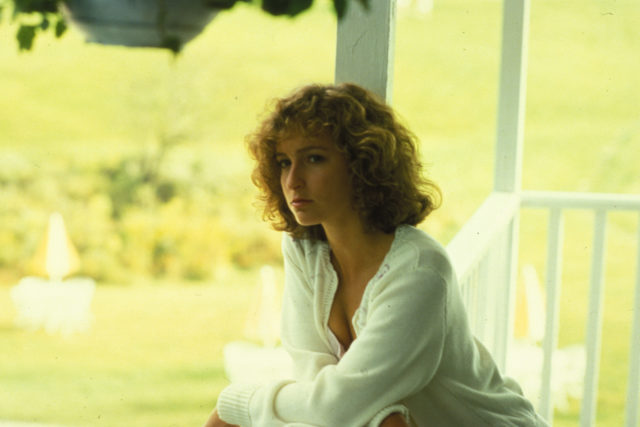 “I became America’s sweetheart within five days of the accident,” Grey said. “The juxtaposition of that deep sorrow, the survivor’s guilt, and then being celebrated as the new big thing just didn’t jibe. It didn’t feel good to be the toast of the town.” Eventually, Grey stepped away from Hollywood. “My head was never the same, my ambition was never the same,” she explained.

Will he ever meet with the victims’ family?

When Broderick was first released from the hospital, he didn’t immediately reach out to the family and friends of the two women whose lives were lost. A relative of the women said “there was a note after the accident from his saying how sorry he was but no other contact.” Fifteen years later, in 2002, it was reported that Broderick would reportedly reach out to meet with the family during a visit to Ireland the following year. 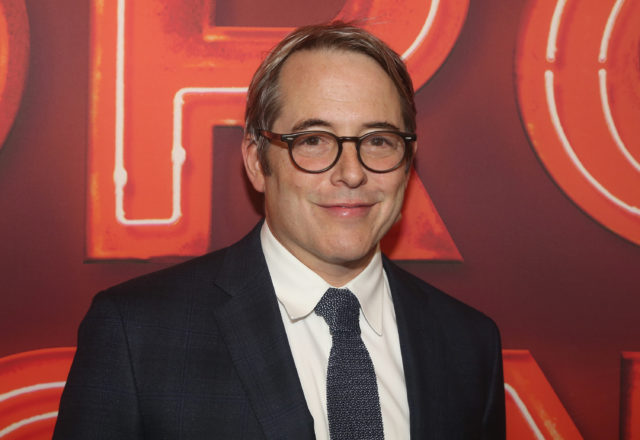 The son and brother of the two women, Martin Doherty, looked forward to meeting with Broderick. He said, “he didn’t kill my mother and sister deliberately. There were strong feelings at the time, but I have since forgiven him and feel no anger toward him.” At the time, Broderick explained how it was extremely challenging for him to come to terms with what had happened and revealed he’d attended therapy in an effort to cope.

However, the meeting allegedly never took place. In fact, Broderick drew sharp criticism when he starred in a multi-million-dollar Super Bowl commercial for Honda in 2012, a move many found insensitive. Doherty reported then that the two had not met and said that the actor “wasn’t the greatest choice of drivers, knowing his past.” He also acknowledged that meeting with Broderick could provide him with some closure. “There has always been something at the back of my mind that it would close the book totally if I did meet,” he said.

Broderick and his wife, Sex and the City actress Sarah Jessica Parker, own a vacation home in County Donegal, Ireland.

« Jerry Seinfeld Told Lisa Kudrow His Show Helped with Friends’ Success
John Phillips: The Sordid Life of ‘The Mamas and the Papas’ Co-Founder »