John Phillips: The Sordid Life of ‘The Mamas and the Papas’ Co-Founder

John Phillips was the co-founder, songwriter, and guitarist in the iconic 1960s band the Mamas and the Papas. The group had a short life but quickly became a defining force for the sound of the era, with John as the musical architect. For all of his brilliant artistic innovations, John led a dark and sordid life. Ultimately, his uncontrollable vices caused his body to decay and put him in an early grave.

The Mamas and the Papas’ band dynamic was full of drama 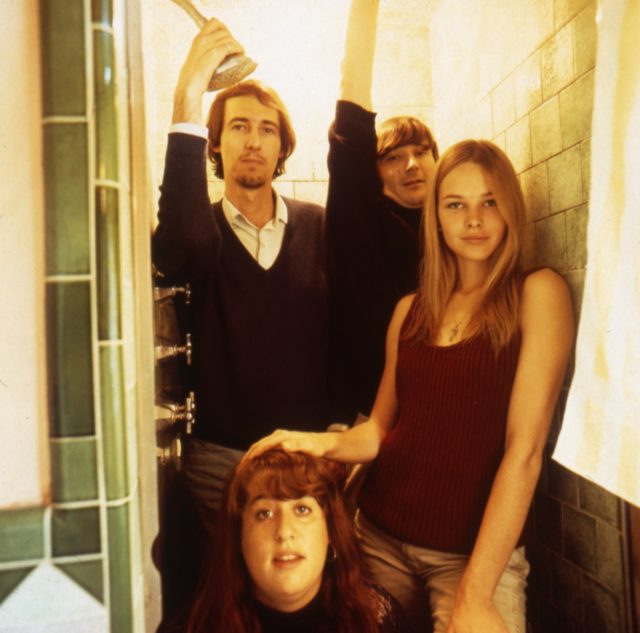 Cass Elliot, John Phillips, Denny Doherty, and Michelle Phillips of the rock and roll band, The Mamas And The Papas, pose for a portrait session in a shower for the “If You Can Believe Your Eyes And Ears” album cover which was released in 1966 in Los Angeles. (Photo Credit: Michael Ochs Archives / Getty Images)

Before the band even formed, the Mamas and the Papas were knee-deep in drama. John met and married his first wife, Susan Adams, in 1957. With Susan, he fathered two children, Mackenzie and Jeffrey Phillips. John was then a member of a band called the Journeymen and while they were touring, he met 18-year-old Holly “Michelle” Gilliam.

It did not take long for the two to begin a romantic relationship, and shortly after, John divorced Susan to marry Michelle. He then began to gather musicians to create what would eventually become The Mamas and the Papas, which included Michelle along with Denny Doherty and Cass Elliot.

Cass experienced more difficulty in joining the band, as John believed that her vocal range was too low for the harmonies he wanted. He also thought her obesity would deter audiences. Cass followed the other three while they worked on forming the band, and joined them on a trip to the Virgin Islands. There, Cass was hit on the head while walking through a construction zone. She claimed that it improved her vocal range by three notes. After this happened, she was allowed to join the band. 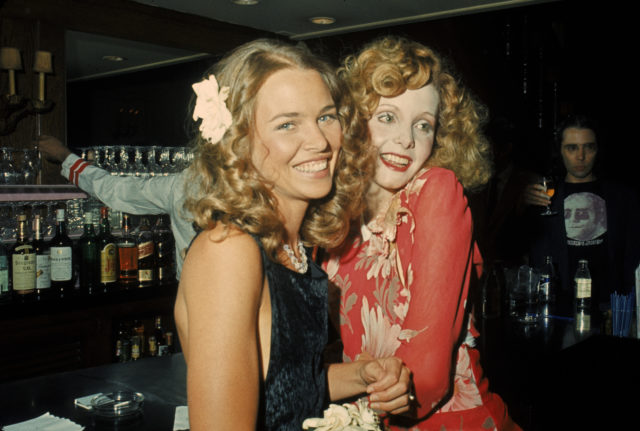 By the time the band was fully formed and producing genre-bending music, John already had two marriages under his belt. His marriage to Susan had ended in 1962, and he and Michelle tied the knot in 1962. They had one child together: Chynna Phillips. However, their marriage was particularly rocky, as Michelle had begun a romantic relationship with fellow band member Denny.

News of the affair resulted in a temporary separation from John, and Michelle then started a romantic relationship with Gene Clark of the Byrds. This tipped John over the edge, and he fired Michelle from the Mamas and the Papas while they were recording their second album. She was eventually allowed back into the band, but the two divorced in 1970.

John was later introduced to Genevieve Waite, a South African model, and they were married in 1972. The marriage resulted in two children, Tamerlane and Bijou Phillips, but the couple ultimately divorced in 1985. John then remarried for the fourth and final time in 1995. This time it was to artist Farnaz Arasteh, and the marriage lasted until his death. 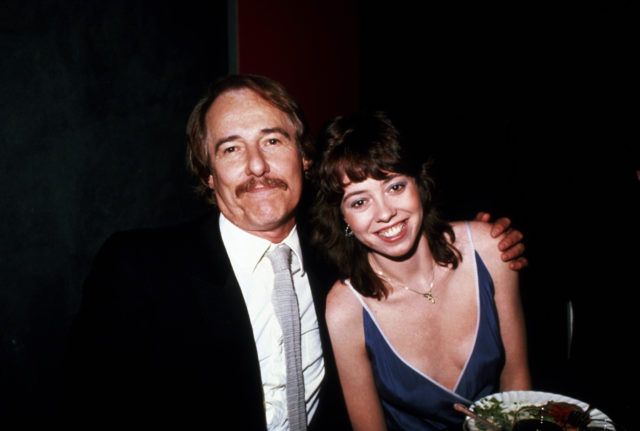 John’s first daughter, Mackenzie, wrote a book in 2009 that revealed a very dark secret about her father. She described how on the night before her first marriage, when she was 19 years old, John had assaulted her. She explained, “I had a ton of pills, and Dad had tons of everything too. Eventually, I passed out on Dad’s bed… My father was not a man with boundaries. He was full of love, and he was sick with drugs. I woke up that night from a blackout to find myself having sex with my own father.”

Mackenzie went on to say that her incestuous relationship with her father had become consensual and the two engaged in sexual activity for years despite being directly related and both being married. Mackenzie eventually became a member of the New Mamas and the Papas, and toured with John during the early 1980s.

John apparently wanted to run away with her to a country where their relationship wouldn’t be looked down upon. But the incestuous relationship eventually ended when Mackenzie became pregnant and was unsure of who had fathered the child. John paid for her to have an abortion, but it was from that point, Mackenzie said, that “I never let him touch me again.” 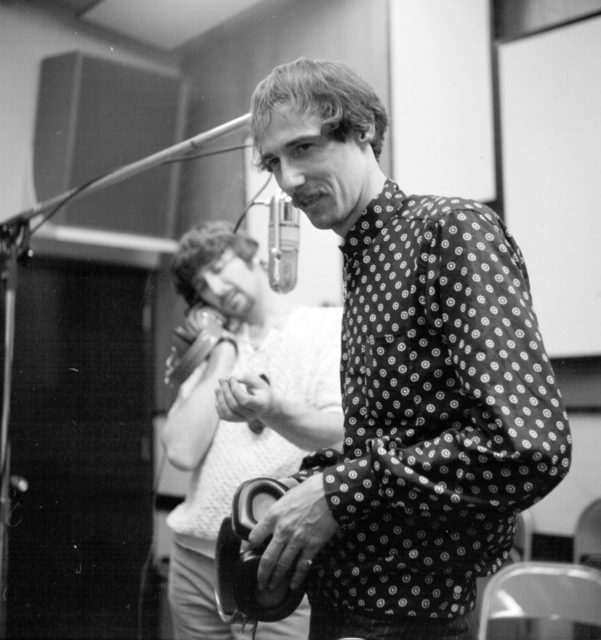 John Phillips in the studio recording with the band, The Mamas And The Papas. (Photo Credit: Michael Ochs Archives / Getty Images)

The members of the Mamas and the Papas had been using drugs during the formation of the band, and that drug use continued well into their touring. When the band broke up in 1971, John’s drug use became a lot more serious. During the early 1970s, John started avidly using cocaine and opioids, and became addicted to heroin.

John became a heroin junkie in a matter of weeks, and eventually turned to selling drugs as well as using them. He was arrested in 1980 for drug trafficking and was sentenced to serve jail time. To reduce his sentence, he launched an anti-drug campaign with his daughter Mackenzie and only had to serve a total of 30 days in jail. 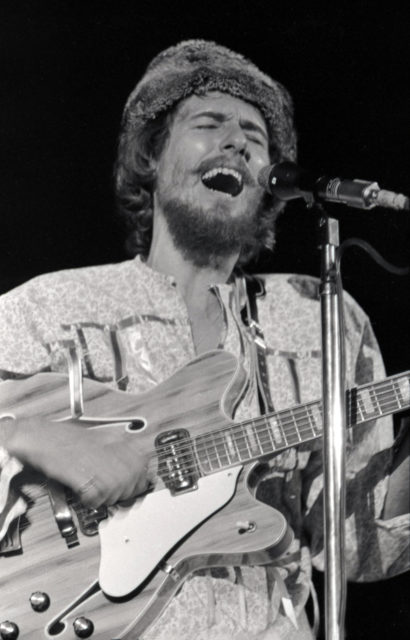 Along with his extreme drug use, John also abused alcohol. For years he drank excessively, and by the early 1990s, his liver was on the brink of failing. In 1992, it did just that. John had to undergo a liver transplant surgery.

Unfortunately, John did not have control over the vices in his life and it wasn’t long after the transplant surgery that John was spotted drinking again in a bar. 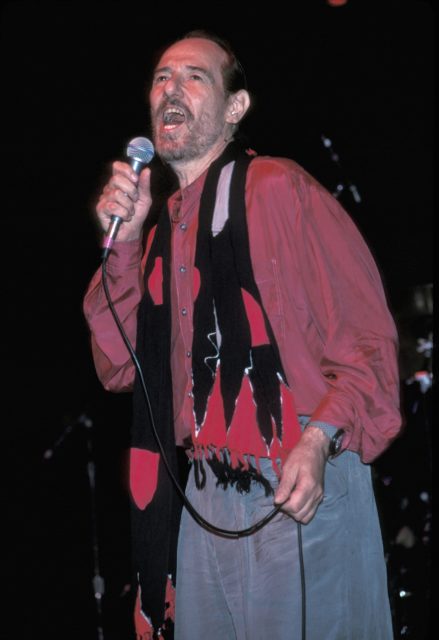 Singer, songwriter and guitarist John Phillips of The Mamas and the Papas is shown performing on stage during a live concert appearance on November 17 1989. (Photo Credit: John Atashian / Getty Images)

Near the end of his life, John fell off a stool and badly injured his shoulder. This injury sent him to the hospital, where he stayed for weeks after developing other ailments. On top of his banged-up shoulder, John was in extreme pain due to a stomach infection. The infection eventually caused his kidneys to fail.

Medical professionals had planned to put John on dialysis and physical therapy in response to his health situation, but he took a turn for the worse. After years of heavy drinking, drug use, and partying, John’s body finally gave up. In 2001, he died at the UCLA Medical Center in Los Angeles, California. He was 65.

« Matthew Broderick Caused a Fatal Accident That Lots of People Don’t Even Know About
Where Are The Stars of ‘Interview with the Vampire’ Now? »