Classic Celebrity Marriages That Were Destroyed By Movies

Hollywood is known for two things – its scandals and its films. Sometimes, these scandals start on film sets. Here are seven marriages that were destroyed by Hollywood movies. 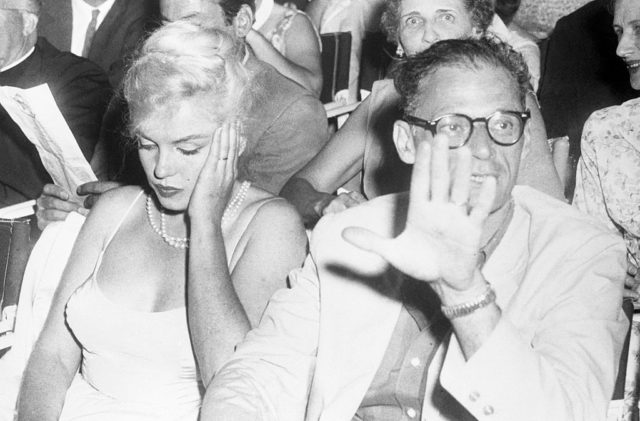 Movie queen Marilyn Monroe wears a bored expression as her playwright-husband Arthur Miller shoos photographers away at the Boston Arts Center Theatre on the banks of the Charles River here. They motored from their home at Roxbury, Conn., to see a performance of Macbeth. (Photo Credit: Bettmann / Contributor)

One of the most famous celebrity breakups came when Marilyn Monroe and Arthur Miller worked together on the 1961 film, The Misfits. The playwright and the actress were married in 1956, but The Misfits was the first project they had worked on together. The movie script was based on a short story written by Miller, and he hoped that the film would help Monroe be considered a serious actress.

Monroe struggled with the film for a few reasons. She dealt with substance abuse issues while filming The Misfits. In addition, Miller was constantly rewriting and updating the script, which led to Monroe being unaware of the changes or forgetting edits that had been made. Miller and Monroe were stuck together in Nevada during filming and divorced shortly after the production wrapped up.

Humphrey Bogart and Mayo Methot, To Have and Have Not 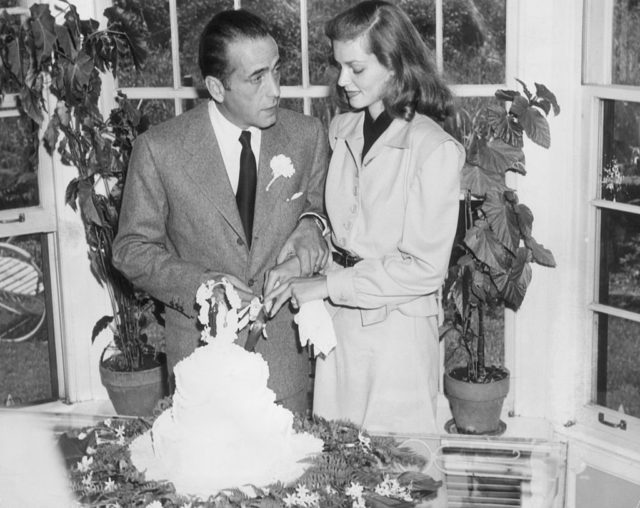 There was definitely a strong connection between 19-year-old Lauren Bacall and 43-year-old Humphrey Bogart on the set of the 1944 film, To Have and Have Not. In fact, the film’s ending was changed to show the audience Bogart and Bacall’s real-life chemistry translated onto the big screen. The two began an affair during filming, even though Bogart had been married to actress Mayo Methot since 1938.

Despite the affair, Bogart remained married to Methot. Bacall and Bogart went their separate ways but were soon reunited to film To Have and Have Not sequel, The Big Sleep. Their chemistry was still evident, and Bogart decided to end his marriage to Mayo Methot by the end of 1944. On May 10, 1945, Bogart was granted his divorce. Just eleven days later, on May 21, 1945, Humphrey Bogart and Lauren Bacall were married. 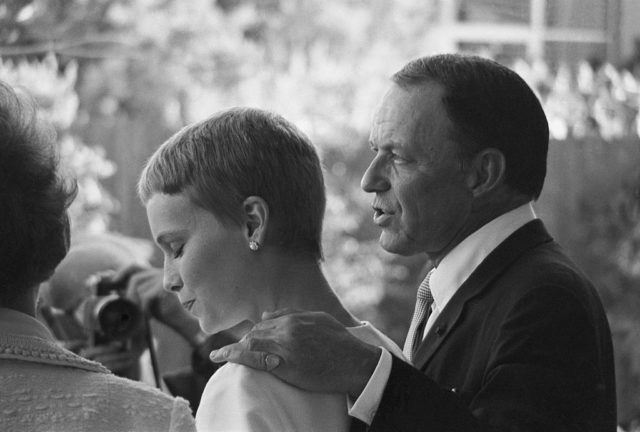 Mia Farrow seems flattered by the attention as singer Frank Sinatra introduces her as his wife following their marriage at the Sands Hotel. (Photo Credit: Bettmann / Contributor)

In 1966, 21-year-old Mia Farrow married 50-year-old Frank Sinatra. Two years later, Sinatra served Farrow divorce papers on the set of her film, Rosemary’s Baby. According to Farrow’s memoir, What Falls Away, the production of Rosemary’s Baby was going very slowly, and the shoot was extended.

Sinatra and Farrow’s marriage was already on the rocks, and Sinatra wanted her to walk away from filming. Farrow refused to do so, as she thought her career would be over if she quit. So, Sinatra decided the marriage was done and served her divorce papers on set. 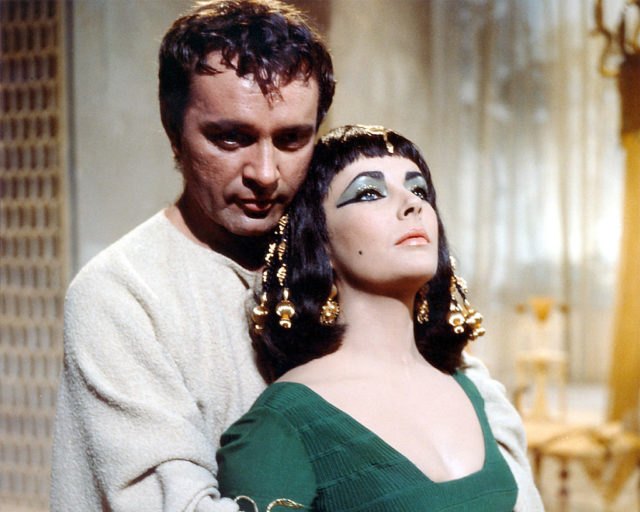 Richard Burton and Elizabeth Taylor, both in costume in a publicity still issued for the film, ‘Cleopatra’, 1963. The historical drama, directed by Joseph L Mankiewicz (1909 – 1993), starred Burton as ‘Mark Antony’, and Taylor as ‘Cleopatra’. (Photo Credit: Silver Screen Collection/Getty Images)

The affair between Elizabeth Taylor and Richard Burton is perhaps one of the best-known, most publicized relationships of all time. Because of the media attention the affair received, we can’t help but feel sorry for their spouses at the time.

Cleopatra was not the first time Burton and Taylor met, but the pair were inseparable after their first on-screen kiss. In fact, Burton told Taylor’s then-husband Eddie Fisher about the affair in a phone call. Sybil Williams and Richard Burton divorced in 1963, and Elizabeth Taylor and Eddie Fisher divorced in 1964. Nine days following her divorce from Fisher, Liz Taylor and Richard Burton were married in Montreal, Canada. 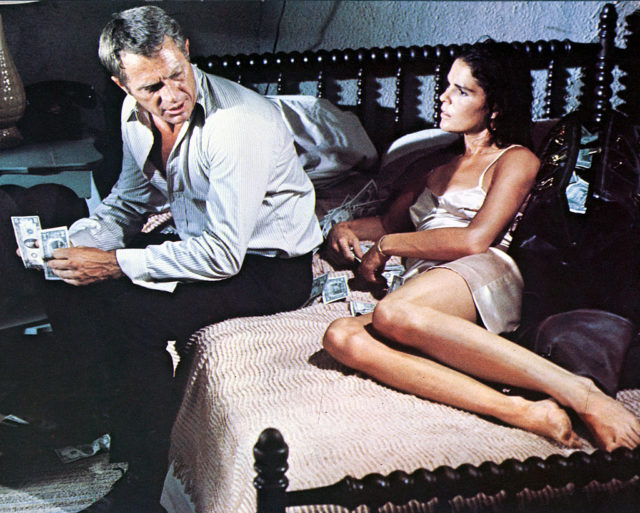 In 1969, American actress Ali MacGraw married producer Robert Evans. However, this marriage was short-lived as MacGraw began having a very public affair with her costar, actor Steve McQueen. 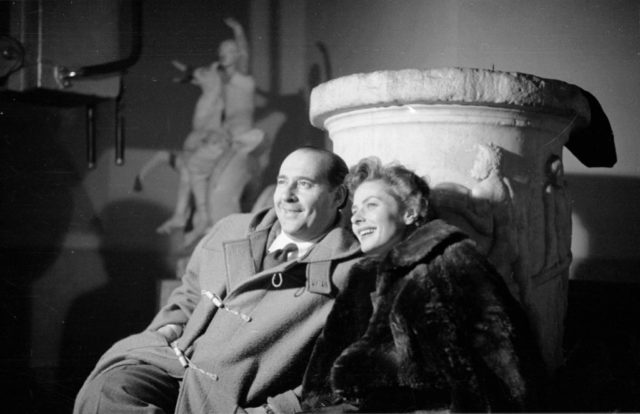 Before her stardom really took off, actress Ingrid Bergman was married to a Swedish neurosurgeon named Petter Lindström. However, their relationship soon started going south after she started working on director Roberto Rossellini’s 1950 film, Stromboli.

It soon became apparent to the public that Bergman and Rossellini were having an affair, despite both being married. This affair horrified the public, as American fans had adored Bergman’s clean-cut image in her films. Things became even more complicated after Bergman became pregnant with Rossellini’s child. When Petter Lindström found out about this child, he and Bergman went through a very public divorce. Ingrid Bergman and Roberto Rossellini ended up getting married in May 1950. 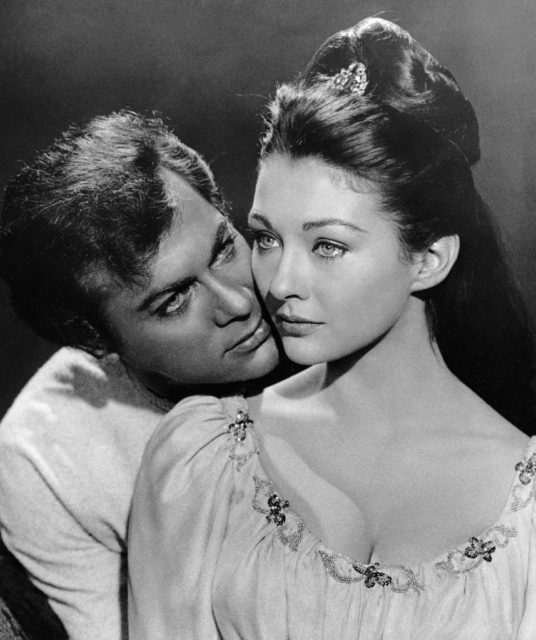 For a decade, Tony Curtis and Janet Leigh were the golden couple of Hollywood. The pair were married from 1951 to 1961. In 1961, Curtis starred in the film Taras Bulba alongside his 18-year-old costar, Christine Kaufmann.

It is widely believed that Curtis and Kaufmann were having an affair while filming Taras Bulba. In 1962, Tony Curtis divorced Janet Leigh and married Kaufmann one year later.