Humphrey Bogart and Lauren Bacall: The Hollywood Marriage Nobody Expected

The love story of Humphrey Bogart and Lauren Bacall has gone down as one of the most improbable in Hollywood lore. In 1942, when the film Casablanca hit theaters, a 17-year-old model and her friend went to see it. Her friend thought that the guy playing the lead, Rick, was sexy, while the model thought her friend was crazy. The model was Betty Joan Perske, a Bronx-born beauty who would become famous as the actress Lauren Bacall.

Two years later, Lauren Bacall’s modeling career was in high gear and she appeared on the cover of Esquire. The wife of director Howard Hawks, who was planning to film an adaptation of Ernest Hemingway’s To Have and Have Not, spotted her and suggested she’d be great in the movie. Hawks gave a screen test to Bacall and cast her in his new movie.

Bacall was surprised when she heard that she was going to star in a film with that same un-sexy man she had seen at the cinema with her friend. Meanwhile, Bogart was unhappily married to his third wife, the actress Mayo Methot. Constant paranoid arguments fueled by heavy drinking destroyed their marriage, with the press labeling the couple “the Battling Bogarts.” When Bogart met Bacall on the set of To Have and Have Not in 1944, she was only 19 years old and he was 25 years her senior. 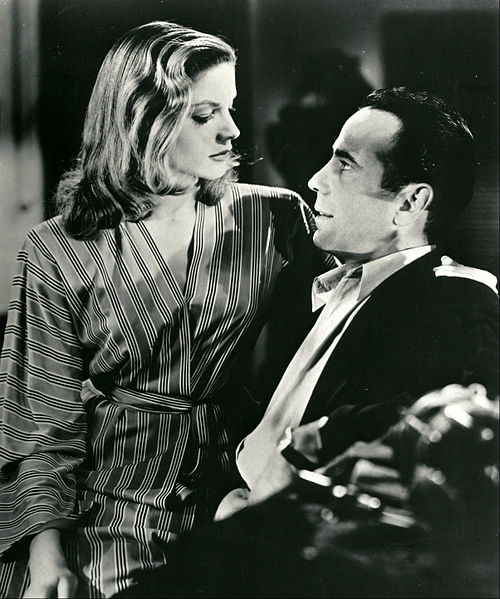 Photo of Lauren Bacall and Humphrey Bogart in a scene from the film To Have and Have Not. 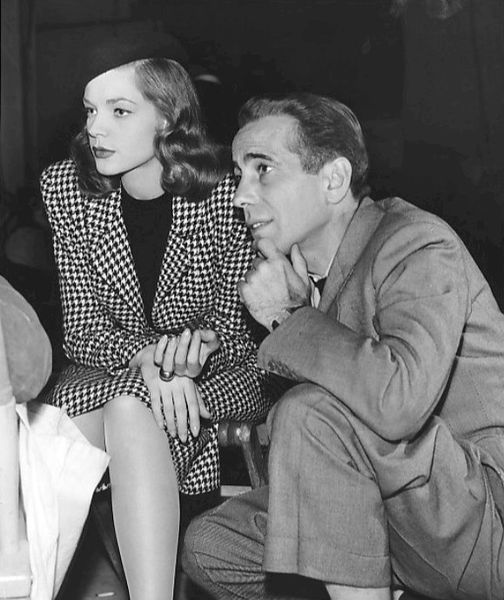 Photo of Lauren Bacall and Humphrey Bogart watching from the sidelines as The Big Sleep was being filmed. 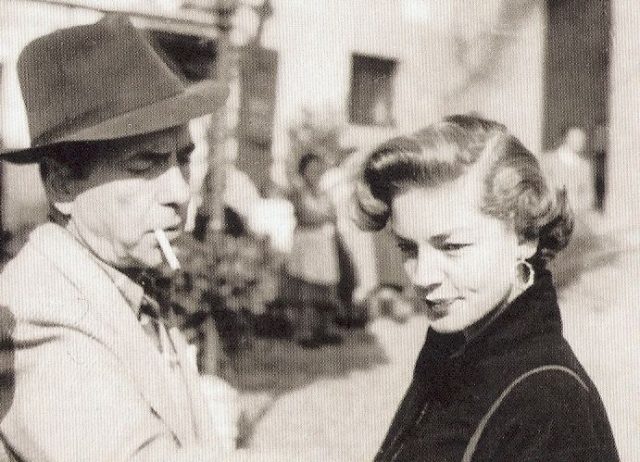 Humphrey Bogart and Lauren Bacall in 1954 in Portofino The couple had two children. Their enduring romance lasted for 12 years until Bogart’s death in 1957, caused by cancer. Despite the inevitable problems in the marriage, they never ceased to care deeply about each other. Bacall, who died in 2014, kept and cherished the memory of her first husband. She said “No one has ever written a romance better than we lived it.”

« The makers of “Alien” had everything designed except for the terrifying being itself and for that, they turned to H. R. Giger
Robert Cornelius: The man who took the first selfie in the world in 1839 »