Seeing your favorite musicians in concert can be a way to connect with the music you love in a whole new way. But some of the greatest concerts of all time weren’t played in front of arenas full of screaming fans. From the Sex Pistols to Frank Sinatra and Johnny Cash, many performers have viewed prisons as unique venues.

When heavy metal legends Metallica arrived at California’s San Quentin Prison to film a music video in 2003, one infamous inmate was barred from attending their performance. But he certainly made sure Metallica knew who they were missing.

One of the most prolific and famed serial killers in recent history, the crimes of Richard Ramirez are nothing short of horrifying. Better known as the “Night Stalker,” Ramirez prowled the streets of Los Angeles and later San Fransico looking for victims to rob, rape, and murder. He is known to have killed at least 14 people before his capture in 1985.

At a young age, Ramirez began abusing drugs at the advice of his older cousin Miguel. Miguel would often regale Kirk Ramirez with accounts of torture he inflicted on women while serving in the Vietnam War, which he proved with photographs. When he was only 13 years old, Ramirez watched his cousin murder his wife. 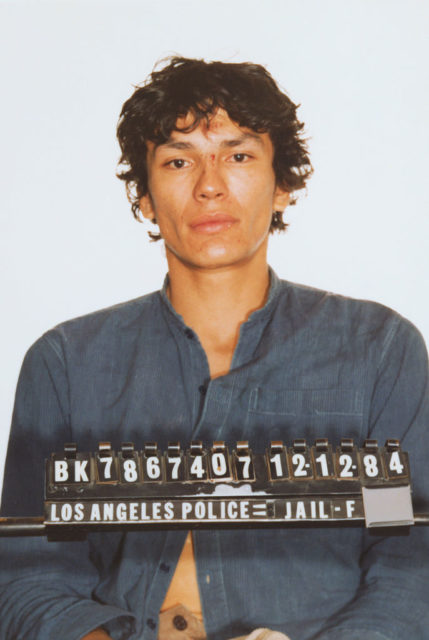 Ramirez dropped out of school in ninth grade and moved from El Paso, Texas to Los Angeles, California in 1977. Around this time, he began to learn more about Satanism. What began as a string of auto thefts and drug possession charges soon grew into violence. Following his first murder in late June 1984, Ramirez went on a killing spree throughout California.

All of the murders occurred at night, earning Ramirez the name the “Night Stalker.” He would break into a home, brutally assault and stab his victims to death, and burglarize the house – often leaving behind strange Satanic clues. He was finally captured by police on August 31, 1985 after two men had stopped him during a carjacking. 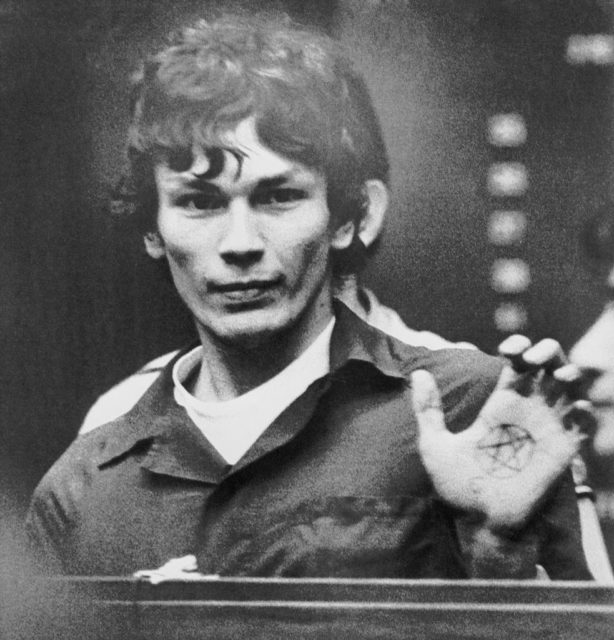 His trial became a massive spectacle, with Ramirez often showing up to court dressed in all black or showing off a new tattoo like an upside-down pentagram on his palm. In one hearing, Ramirez shouted “Hail, Satan!” while being led from the courtroom after pleading not guilty to 14 murder charges.

The Night Stalker was ultimately convicted of murder and sentenced to death by gas chamber on November 7, 1989. He was sent to California’s San Quentin Prison, where he would remain until his death in 2013.

In 2003, the famed metal band Metallica decided to shoot a music video for their new song “St. Anger” at San Quentin Prison. The video depicts band members James Hetfield, Lars Ulrich, Kirk Hammett, and Robert Trujillo playing the song outside in the prison’s yard as inmates watch while standing behind a row of police officers. 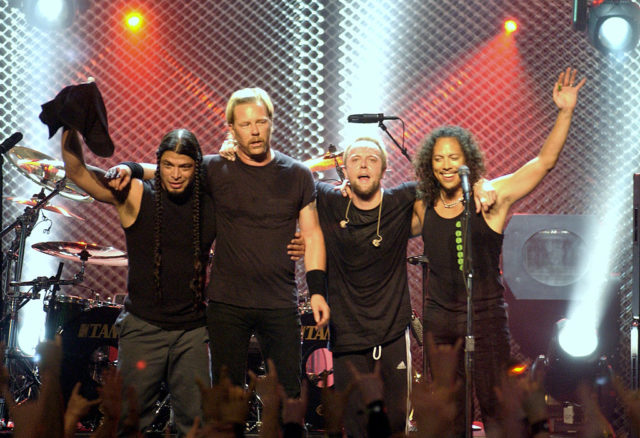 At the time, Metallica’s recent album titled St. Anger was met with a mixed reception from fans and critics. The lack of iconic Metallica trademarks like solos, “raw” sound, and an experimental take on songwriting and production left fans feeling disappointed, but popular critics like Rolling Stone and Uncut gave glowing reviews. Unlike the album, the music video for the song by the same name was a huge hit – even earning an MTV Music Video Awards nomination. 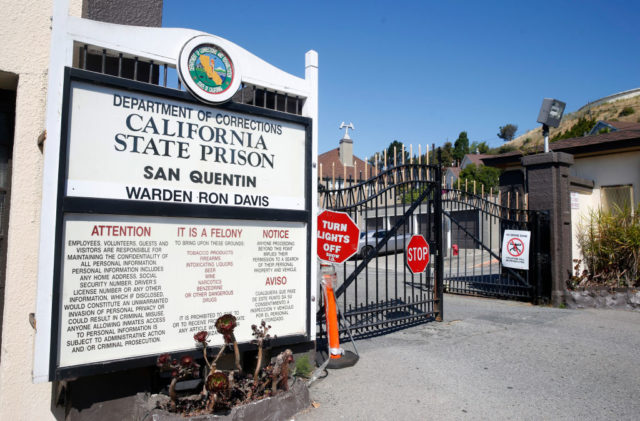 Metallica’s lead guitarist Kirk Hammett recalled hearing that one prisoner was upset he wasn’t allowed to participate in the video:

“When we played San Quentin Prison, he was on death row and could hear us. The guards who were responsible for watching him said Richard Ramirez was pissed off and pacing his cell because he wasn’t allowed to see us,” Hammett told New Musical Express (NME) in a 2022 interview. “He gave the guards his subscription copy of a magazine with us on the cover and on the mail-tag it said: ‘Richard Ramirez, San Quentin Prison.’ So that’s my little token from Richard Ramirez. Not to glorify the guy – he did some horrible crimes. He hung out in Richmond California, and I wonder sometimes if me and the guys from [his pre-Metallica band] Exodus were at the same parties as him back in the day.”

As for Ramirez, he remained on death row for another decade following Metallica’s visit to San Quentin. Even though he was sentenced to death in 1989, Ramirez died from complications with B-cell lymphoma on June 7, 2013.

« Did Jenny, the Cat Onboard the Titanic, Predict the Ship’s sinking?
‘I Wanted to Leave Something of Rocky for My Children’ – Sylvester Stallone Opens Up About Iconic Film Franchise »