The story of Lawrencia “Laurie” Bembenek is so full of drama it’s hard to make sense of it all. A young and beautiful woman, she had her whole life ahead of her until the murder of her husband’s ex-wife. Bembenek would battle for the rest of her life to prove her innocence and clear her family’s name.

Life before the murder 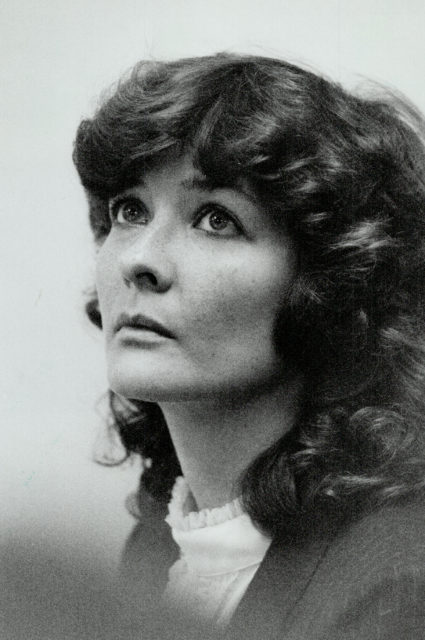 After college, Bembenek enrolled in the police academy, eventually becoming an officer at the Milwaukee Police Department (MPD) in 1980. She wasn’t there long, however, as she was fired in August of 1980 for not reporting a friend for smoking marijuana while at a concert.

After her termination, she considered filing a discrimination complaint against the police department and provided the Equal Employment Opportunity Commission (EEOC) with photographs of off-duty MPD officers posing naked at a party. Her cooperation with the EEOC was not well received by the police, and she believed she created enemies within the department because of it.

She began working as a waitress at the Playboy Club in Lake Geneva as an official bunny. It was during this time that she met Elfred Schultz, a detective who was 10 years older than her and liked to party. He was actually one of the men in the photographs Bembenek had shared, and they married in January of 1981.

The murder of Christine Schultz 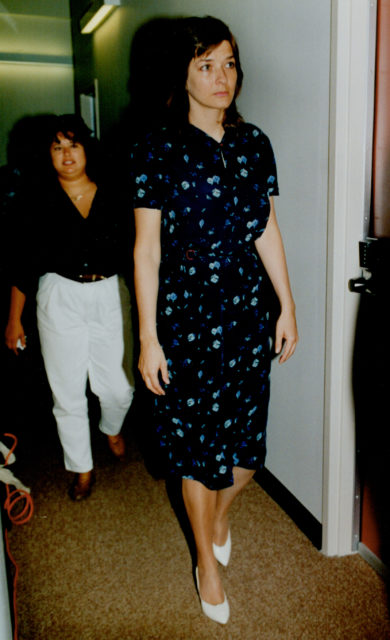 Schultz was previously married and had two children with Christine Schultz, but the two had called it quits in 1980 before Bembenek became his second wife. On May 28, 1981, Schultz’s 11-year-old son, Sean, was woken up by a masked stranger who was attempting to wrap something around his neck. He screamed and the masked figure ran into Christine’s room where Sean heard something that sounded like a firecracker, and then the stranger fled down the stairs.

When Sean entered his mother’s bedroom, he called her boyfriend, who then called the police. Christine was bound and gagged in her room, and was pronounced dead due to a single shot in the back and through the heart at point-blank range. 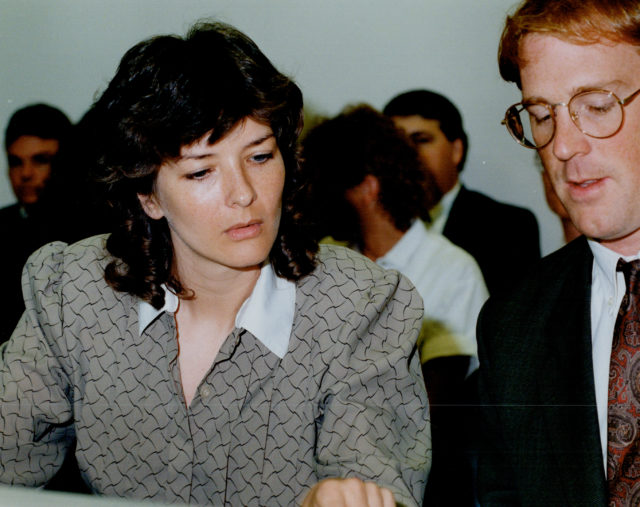 At the time of the murder, Schultz was on duty, so he did not become a suspect. Bembenek, however, did not have an alibi, and was overheard complaining about the $700 per month alimony her husband had to pay his ex-wife not long before her murder. Additionally, Schultz’s off-duty revolver was determined to be the murder weapon, and Bembenek’s hair was found in the bandana used to gag Christine.

The trial made sensations in the headlines, and Diane Sawyer called it “the most glamorous murder case of the 1980s.” Bembenek maintained her innocence, and a lot of the evidence used in the trial was mishandled. Ultimately, however, Bembenek was found guilty of murdering her husband’s ex-wife after the jury deliberated for four days following nearly two weeks of testimony in the trial. She was sentenced to life in prison and sent to the Taycheedah Correctional Institution where she continued to fight for her innocence. 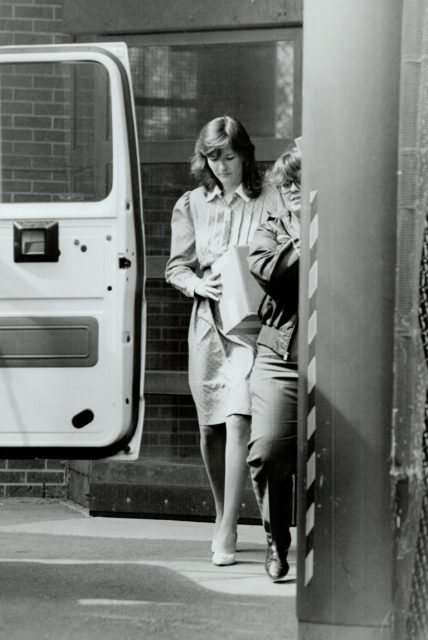 In 1984, Bembenek divorced Schultz while in prison. In 1990, he told the Chicago Tribune that he believed his second wife had killed his first. That same year, eight years into her life sentence, Bembenek escaped from the correctional institution by crawling through a laundry room window, climbing over a seven-foot barbed-wire fence, and meeting up with her new fiancé, Dominic Gugliatto. Gugliatto was the brother of an inmate at the institution, and after her escape, the two of them fled to Canada.

When she broke out of prison, the story of Bembenek’s trial returned to the headlines. A group of more than 200 supporters in Milwaukee rallied in support of her freedom and wore shirts with the phrase “Run, Bambi, Run” on them, ‘Bambi‘ being a nickname she had picked up during the trial. Restaurants even named menu items after her. The story of Bembenek had become a media craze, but it didn’t do anything to help her case. 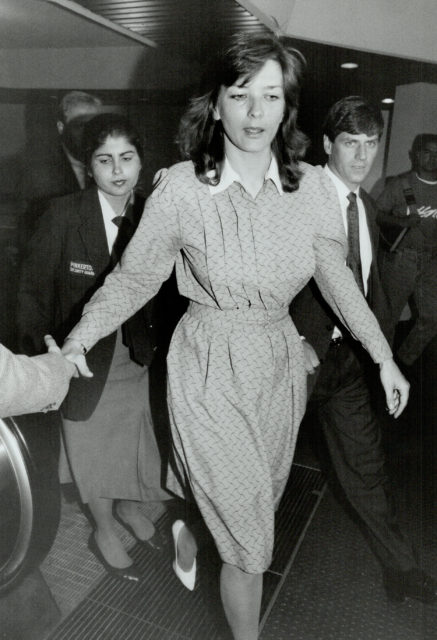 Bembenek and Gugliatto has fled to Thunder Bay, Ontario where they assumed fake names and lived for approximately three months before being discovered. The only reason they were found was because a local restaurant patron had recognized the “supermodel,” as the press described her, from an episode of America’s Most Wanted. The Royal Canadian Mounted Police then arrested her, and she was eventually brought back to the same institution she had escaped from.

After years and years of rejected appeals, Bembenek finally agreed to a no-contest plea that officially does not suggest an admission of guilt, but allowed her life sentence to be reduced significantly. She was released immediately for the time she had already served. She said this was because she wanted to spend time with her parents before they succumbed to ill health.

Bembenek never stopped fighting for her innocence. She continued to appeal to the courts that she was wrongfully convicted and that the trial had been botched by a police department that was against her. Unfortunately, her requests for pardon continued to be rejected. She eventually died of liver failure caused by Hepatitis C in 2010. She was only 52 years old.

Controversy because she was pretty 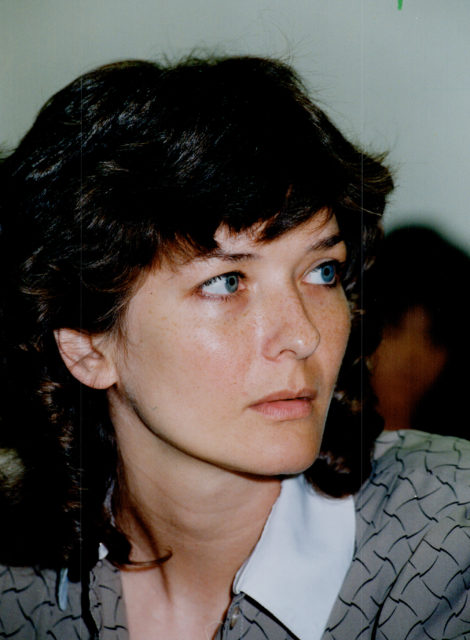 Bembenek was aware of the way her trial was being portrayed in the media and how she was being perceived in the courts. She once explained in an interview that it didn’t matter what she wore because they were going to dissect it for being too seductive or conservatively manipulative. Many people believed that her good looks actually hurt her in the trial.

Vanessa Grigoriadis, host of the podcast about Bembenek titled “Run, Bambi, Run,” said “I think they helped her in other parts of her life because it is true – physical appearance does benefit individuals. But she was also being made as a femme fatale. The argument was she was so beautiful that she needed money to keep up with her lifestyle and looks… now if you are beautiful, you are seen as good. Somehow your insides match your outsides… but back in 1982, these women were seen as evil, jealous and capable of committing something like this.”

Bembenek’s lawyer has continued to fight to clear her name even after her death. In 2002, new DNA results showed that none of Bembenek’s DNA was found on any of the other 15 pieces of evidence that were tested from the crime scene. Her attorney used this to argue that she was not, in fact, at the scene of the crime and therefore could not have murdered Christine.

More from us: Murder and Arson: The Dark and Deadly History of Chippendales

The fight for Bembenek’s innocence is still ongoing, and with a botched trial and mishandled evidence, no one can be sure whether she truly was guilty or innocent.