Hindenburg: The New Evidence provides a new angle on the disaster

Experts Lt Col Jason O. Harris and historian Dan Grossman will lead viewers on an investigation spanning the Atlantic between Germany and America. Those two nations have done their own digging over the years, without a conclusive answer as to why the Hindenburg burst into flames on May 6th, 1937. 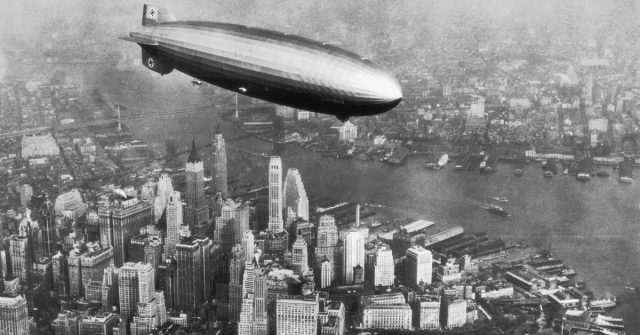 After reaching the mooring mast at Lakehurst, New Jersey, in strong winds, the hydrogen-filled vessel — 804 feet long — plunged 200 feet to the ground. Out of 36 passengers and 61 crew, 34 died plus one civilian at ground level according to History.com.

They wrote that “most of the survivors suffered substantial injuries.” What caused the spark that brought down the Hindenburg?

To this day, no one is sure. But Harris and Grossman hope to shed light on the infamous spark at the stern that rapidly consumed the ship in flame. They offer a new perspective, thanks to some 8 mm footage taken on-site by amateur Harold Schenck.

This film hasn’t been seen by previous investigation teams. It’s something of an exclusive for PBS Nova, who bring it to a wider audience for the first time.

Crucially, it shows the Hindenburg in a wide-angle shot, as it prepares to land before disaster strikes. History.com points out that “no film capturing the moment of ignition” existed. News cameramen only filmed the moment after the fire broke out — as Smithsonian magazine noted, the whole thing was over in under 40 seconds.

Speaking via a press release, director Kirk Wolfinger believes the documentary “not only reveals new insights into how this tragic event unfolded, but also illustrates the enormous scale” of what befell the Hindenburg.

PBS speaks to a Caltech expert about the Hindenburg tragedy

Harris and Grossman consult Caltech professor Konstantinos Giapis, an expert in chemical engineering. The documentary pays special attention to the Hindenburg’s landing ropes. Current thinking is they managed to generate a spark in turbulent conditions.

Smithsonian magazine, writing in 2017 on the 80th anniversary of the tragedy, referred to the “flying moor,” whereby the Hindenburg’s line and cable were fed into a winch through the mooring mast so the ship could be brought down to earth. The craft was winched prior to the fire. 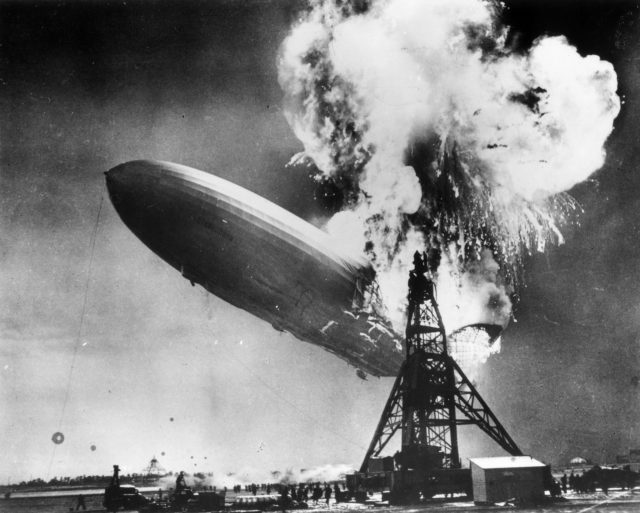 Nova’s team aims to build on previous theories about how the spark was generated. Smithsonian magazine talked to curator Tom Crouch of the National Air and Space Museum, who said that static electricity, created as the floating giant reacted with weather conditions, combined with flammable paint containing “a mix of iron oxide and aluminum-impregnated cellulose,” resulted in a possible triggering of hydrogen.

He mentions friend and author Addison Bain, who suggested the paint — or “dope” — applied to canvas covering the hydrogen store might have played a key role in the tragedy. Ultimately, this is just an idea.

Crouch also points to a snapped and flailing steering cable as another possible source for the spark. Harris and Grossman follow that line of thought for PBS.

The Hindenburg disaster changed the face of air travel

However it happened, the Hindenburg disaster had a major impact on the world’s collective psyche. Not only did it spell the end for travel by airship, but the fire was also covered by the media as it happened.

NBC radio reporter Herb Morrison famously commentated on the tragedy. His haunting cry of “Oh the humanity!” was remembered forever after. 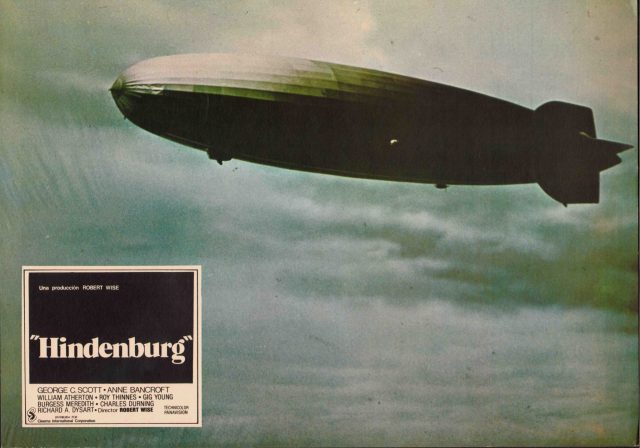 The 1975 movie The Hindenburg dramatized the situation. It featured notable figures such as Joseph Goebbels (played by David Mauro) and Luftwaffe Col Franz Ritter (George C. Scott — his character was based on the real-life Col Fritz Erdmann).

Charles Durning played Hindenburg Captain Max Pruss, who navigated unforgiving conditions to try and bring the ship in safely. Comparisons with other high-profile disaster movies are inevitable. As Smithsonian magazine noted, the Hindenburg “was roughly the size of the RMS Titanic, but it flew overhead.”

The film was a work of fiction, though it emphasized existing theories about sabotage causing the disaster. The 2000 novel The Phoenix was written by Henning Boëtius, and, despite it being a novel, there is a personal connection — Boëtius’ father served on the Hindenburg as an officer and gave his own account of what took place.

Hindenburg: The New Evidence is reopening the case and stirring up old embers. It’s produced by Morningstar Entertainment for GBH Boston and will be showing on PBS, Wednesday at 9 p.m. ET/8C. It can also be streamed and will be available through the PBS app.

« Want To Live In A Castle? Try St Michael’s Mount
A Shocking Find On The Ocean Floor Brings DDT Back To The Forefront »