Back in 2011, marine scientists at the University of California San Diego’s Scripps Institution of Oceanography discovered a toxic waste dump with over 25,000 barrels believed to contain DDT over 3,000 feet down in the Pacific Ocean between Santa Catalina Island and the Los Angeles coast.

The size of the area in which the barrels were found is being called “staggering” by Eric Terrill, chief scientist of the expedition and director of the Marine Physical Laboratory at Scripps Institution of Oceanography. The area covers approximately twice the size of Manhattan Island in New York.

That particular area became a dumping ground after the end of World War II, but scientists had no idea the site was so hazardous until a story in the Los Angeles Times written by Rosanna Xia raised awareness, according to Dr. David Valentine, professor of microbiology of the University of California Santa Barbara on pbs.org. 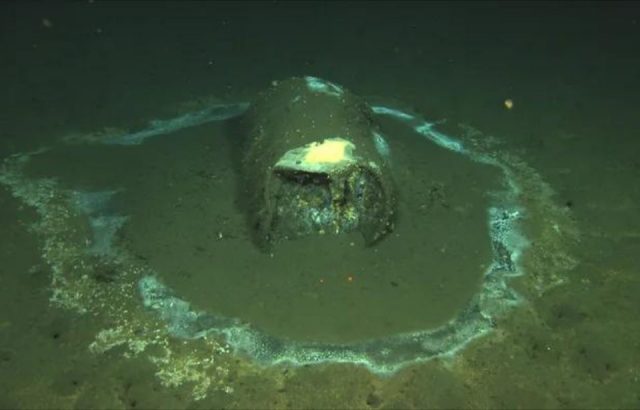 Marine scientists suspected there was something harmful in the waters as marine mammals in the area had high levels of DDT in their bodies, and sea lions were dying from an extreme form of invasive cancer. Dr. Valentine knew of the toxic waste site for over 10 years but was unable to prove anything until the advent of underwater sonar drones that could show the bottom of the ocean in detail.

Now that such drones are in use, it is clear that not only is the chemical present in animals, but it has leaked into the seafloor sediment.

It is not known how many of the barrels are leaking, and California Democratic Senator Dianne Feinstein said in a press release: “Simply put, this is one of the biggest environmental threats on the West Coast, it’s also one of the most challenging because these barrels are 3,000 feet below the ocean’s surface and there aren’t many records of who did the dumping, where exactly it occurred or how many barrels were dumped.”

The records of a disposal company working with makers of DDT, Montrose Chemical Corp. show that between 1947 and 1972, at least two barrels of waste per month were dumped into the ocean.

According to the EPA, dichloro-diphenyl-trichloroethane or DDT was produced as an insecticide in the 1940s to combat insect-spread diseases such as malaria and typhus. It was quickly hailed as a breakthrough in pesticides. 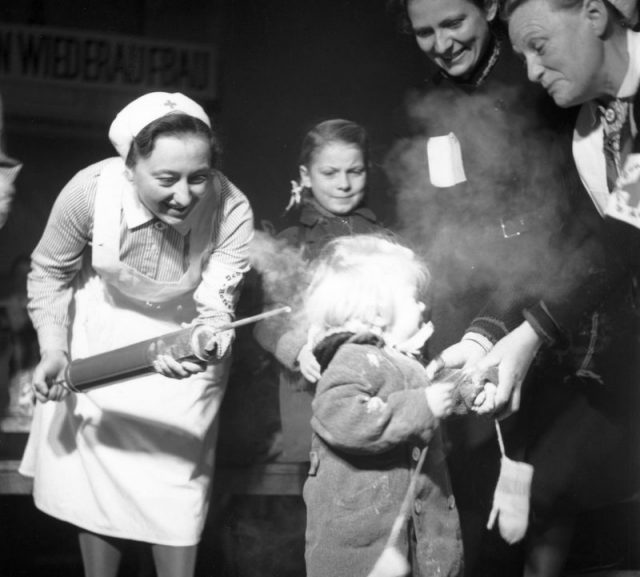 Unfortunately, it was adopted for use in so many countries that insects developed a resistance to the chemical. Reports from the 1950s and 1960s show that scientists were beginning to doubt the usefulness of DDT and were seeing detrimental effects in both environmental and toxicological tests.

In 1962 Rachel Carson wrote Silent Spring, a book documenting the adverse environmental effects caused by the indiscriminate use of pesticides by showing how DDT entered the food chain, collected in the fatty tissues of humans and animals, and caused cancer and genetic damage.

The popularity of the book attracted the attention of then-President John F. Kennedy, who ordered the President’s Science Advisory Committee to investigate Carson’s claims. In 1972 the EPA banned DDT and it is now classified as a probable human carcinogen by U.S. and international authorities.

Research on DDT is still ongoing, and it has been discovered that DDT is difficult to remove from the environment and can travel in the upper atmosphere. The United Nations Environment Program, established in 1972 in Nairobi, Kenya, allowed countries to get together and form a treaty to enact worldwide bans on persistent organic pollutants, which include DDT. The organization made it clear that these chemical substances were banned except for use with malaria-carrying insects such as mosquitos.

More from us: Million-Year-Old Ancient Tools Used By Homo Erectus Found In Sudan

In September of 2006, the World Health Organization supported the indoor use of DDT in countries that have malaria problems saying the benefits outweigh the risks. It is now up to each individual country to decide whether to use DDT, but it should be kept away from agriculture.