When people start digging into the earth, they often discover something entirely unexpected. For instance, you don’t expect to find a manufacturing site for ancient tools.

That’s what happened in 2020 in Sudan, in the Sahara Desert. Miners were working in an open pit, digging for gold, and they came across hundreds of ancient tools, all fashioned from stone, dating back one million years.

Experts were excited by the discovery of the ancient tools

Experts were promptly brought in to assess the find and study the artifacts. Now, archaeologists say that the relics are from what was once a tool manufacturing site, sort of, a kind of prehistoric workshop, used by man’s ancient predecessor, Homo erectus. 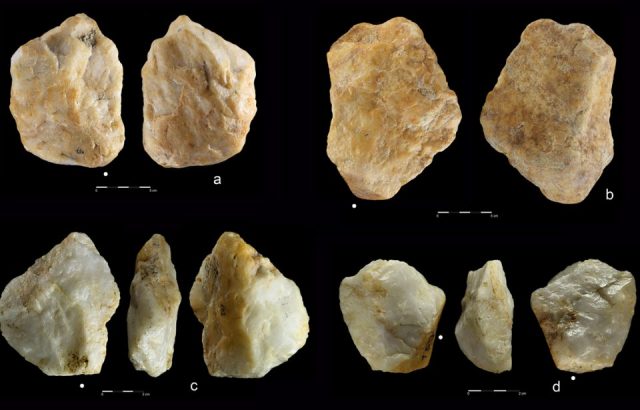 In addition to stone tools, evidence was found that indicates other materials were used to make implements as well, including bone and wood. The types of tools found included hand axes and cleavers, among others. One implement, called a “split” by experts, is a fist-sized (and shaped) tool with cutting edges that split but meet at the top.

Archeologist Mirosław Masojć of the University of Wroclaw’s Institute of Archaeology, told the press that the site is the oldest of its kind in the Eastern Sahara. “I believe,” Masojć explained, “that they (the tools) may be over 700,000 years old, perhaps even a million, similar to their counterpart in South Africa.” Masojć and his colleagues published their findings in March, in the online scholarly journal, Plos One.

Homo erectus (Latin for “upright man”) is an extinct early “version” of man, with features we recognize as our own. Little body hair, a somewhat flattened face, and other characteristics of the species first appeared in Africa about two million years ago as they rapidly populated the continent. These are the people who made and used the incredible tools found near Atbara.

Researchers used a technology called Optically Stimulated Luminance (OSL) to gauge the age of the layers of soil that blanketed the tools. Masojć estimated they are almost 400,000 years old. Consequently, he added, the layers of earth beneath those are even older, one method he used to approximate the tools’ ages.

Finds like these are truly a blast from the past

The gold mine where the artifacts were found is just one of what mining experts have called a new “gold rush” in Sudan. According to the country’s ministry of natural resources, Sudan produced 93 tons of gold in 2018, which ranks it third on the list of gold-producing nations, after South Africa and Ghana. 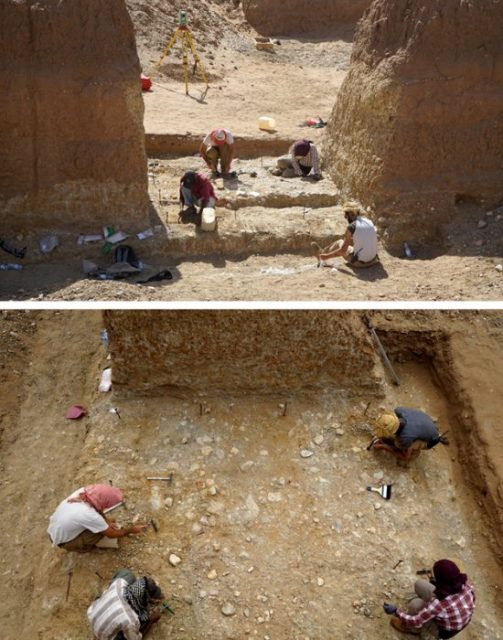 And as so often happens in cases like these, what began as a dig for a precious metal wound up being a metaphorical “gold mine” for archaeologists. Frequently, no sooner do shovels and bulldozers go into the ground than remarkable discoveries from the ancient past are made. Sudan is only one recent example; in Spain not long ago, a trove of ancient Roman coins was found when workers began digging trenches to lay power cables in a park.

And workers aren’t the only ones who make discoveries like this. In the U.K., plenty of folks use metal detectors to try to find old coins and other rare objects under the soil — and lots of them do. Home renovators often find old, rare books and even paintings behind walls and under floors, some turning out to be quite valuable.

The find in Sudan, however, is valuable in a scholarly and historical context, not a monetary one. No doubt more work will get underway at the site once travel restrictions in the country are lifted, when the pandemic is truly in the world’s rearview mirror.