New Docuseries Reveals The Darker Side Of The Playboy Empire

In 1963, feminist icon Gloria Steinem went undercover as a Playboy Bunny to expose what it was really like to work at New York City’s Playboy Club. Now, almost 60 years later, a new docuseries airing on A&E is once again revealing the dark secrets surrounding Hugh Hefner and his Playboy empire. We take a look at all the shocking revelations here.

Hugh Hefner kept tabs on all the girls 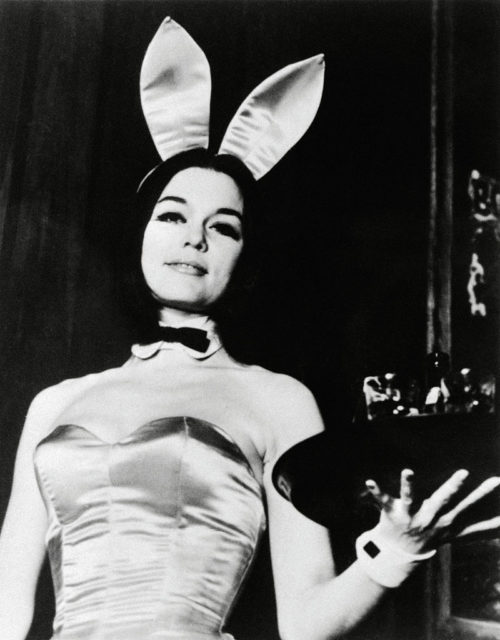 According to the women who spoke in A&E’s 10-part docuseries, Hugh Hefner would keep close tabs on the girls living in the Playboy mansion. In 1953, Hefner founded Playboy magazine, which soon became the largest-selling men’s magazine, selling seven million copies a month at its peak.

In the docuseries, former cover model Charlotte Lewis tells a story about Hugh Hefner and his second wife, Kimberly Conrad. Charlotte had invited Kimberly over for lunch one day, and as she recalled, “She was not really allowed out of the mansion. So she arrived with a bodyguard who was constantly on his telephone with Mr. Hefner.” This bodyguard informed Hugh of every move that Kimberly was making during this lunch, informing him when “she [was] going up the stairs, she’s going to the loo.” 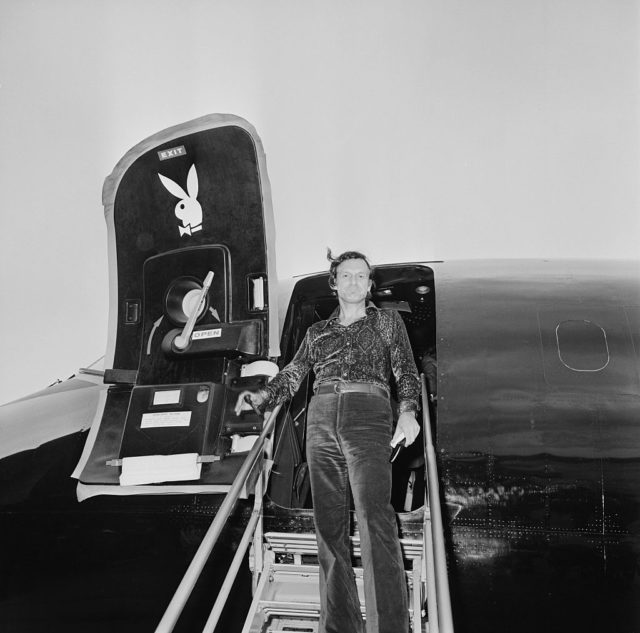 Hefner also bugged his mansion to keep tabs on the girls living there. In the series first episode, many former employees and models talked about how he watched every movement in the mansion via hidden cameras and microphones. Hefner’s former valet and security guard, Stefan Tetenbaum, remembered having to be very careful, “because we knew we were being monitored.” 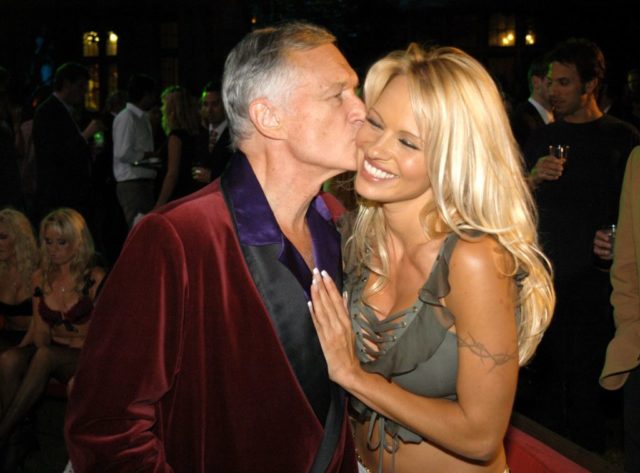 Because the house was bugged, Hugh Hefner had copies of everything that went on in the mansion. According to former “bunny mother,” PJ Masten, Hefner used these tapes of the women living in the house as “collateral.”

Former model and girlfriend Holly Madison also revealed that Hugh Hefner had a stash of photos taken on disposable photos of the girls living in the mansion. In a previous documentary, Holly Madison revealed that “[Hefner] was constantly taking photos of these women on his disposable camera. And these women were almost always intoxicated. I know I was – heavily intoxicated.” She continued by saying “He would make copies of all the pictures and hand them out to everyone who had gone out that night. So if you were messed up… he took a picture… on his disposable camera, [and] he’d make a copy and give it to everyone that night and put it in a scrapbook.” 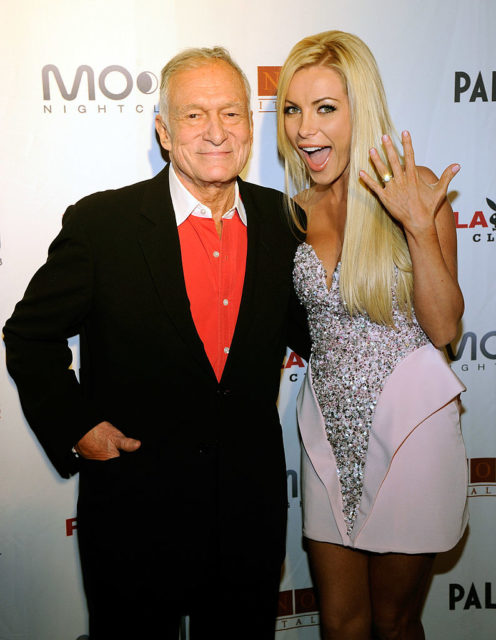 These photos were part of the reason Madison was so scared to leave Hefner. After the docuseries premiered earlier this month, Hefner’s third wife, Crystal Harris, corroborated Madison’s story, revealing that she “found thousands of those disposable camera photos.” She also added in a Tweet to Holly Madison that “I immediately ripped them up and destroyed every single one of them for you and the countless other women in them. They’re gone.”

Hefner kept women from talking about their experiences 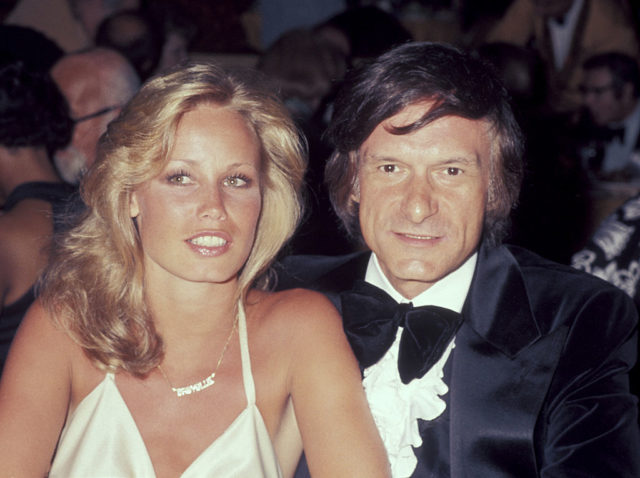 Many former employees and models attempted to open up and discuss their experiences with Playboy when Hugh Hefner was still alive. When Hefner would learn this, he would do everything in his power to ensure that the real experience in the Playboy mansion didn’t get out to the public. For example, in the docuseries, one of Hefner’s previous girlfriends, Sondra Theodore, revealed that “things were done to shush people up, to get them out of the way.” Theodore dated Hefner from 1976 to 1981.

In 2005, Jennifer Saginor published her book Playground: A Childhood Lost Inside the Playboy Mansion. Saginor was the daughter of Hugh Hefner’s personal physician, Mark Saginor, and she spent a fair amount of time at the Playboy mansion as she was growing up. After she published her book, she claimed that Hugh Hefner’s team got all her promotional dates canceled, adding “He didn’t want people to know what was really going on. Over time, I realized I was just one of the many people who were silenced.” 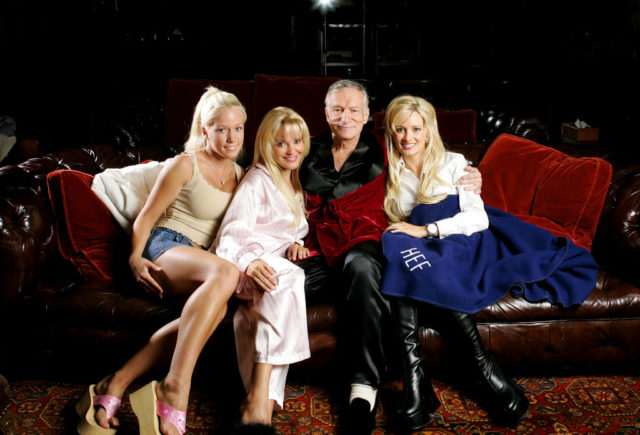 Another individual who was silenced after trying to expose Playboy was Miki Garcia, who was both a model and head of promotions from 1973 to 1982. She claimed that Hefner had someone pay her off while she was writing a book about her time with Playboy. In fact, she became so fearful that she went on to hire a bodyguard.

More from us: Former ‘Girl Next Door’ Claims The Playboy Mansion Is Extremely Haunted

Hefner’s bodyguard Stefan Tetenbaum also tried to published a book, but was threatened. According to Tetenbaum, Hefner’s team said “you’re not gonna put this book out or we can find you anywhere you go. You can’t hide from us.”

Hugh Hefner died in 2017. These revelations and more can be found in the new docuseries, Secrets of Playboy. The first two episodes are out now.

« Minnie Mouse Has a New Look – She’s Rocking a Pantsuit!
These Actors Were Nearly Cast in ‘The Lord of the Rings’ »