It would almost be strange if the Playboy Mansion wasn’t haunted. The manor was built in 1927 and has many urban legends associated with it. Recently, Hugh Hefner’s former live-in girlfriend, Bridget Marquardt, gave some intel on her experience with the ghosts residing in the Playboy mansion. Here, we break down her ghost stories – just in time for spooky season! 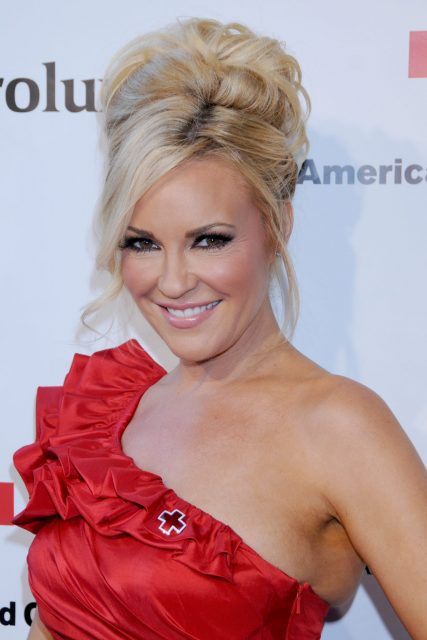 Marquardt recently went on the paranormal-activity podcast, Dark Horse, to explain her ghostly experience while living in the mansion. She explains that once she saw a “woman appear in my bedroom.”

On this fateful night, Marquardt had a girl’s night with her sister and her best friend. She recalled, “my sister, myself, and my friend Stacy were all sitting on my bed. We were talking, having a glass of wine, and the TV was on. All of a sudden, out of the corner of our eyes, we saw a woman standing in my closet.”

However, before Marquardt could get a good luck at her ghostly visitor, the figure disappeared. “Of course, when I turned and looked at it straight on, it was gone,” Marquardt explained. The woman that Marquardt saw had “long, black stringy hair, [and was] very pale, [and] very thin. She was wearing a white t-shirt that was too big on her and back acid wash-y jeans.” 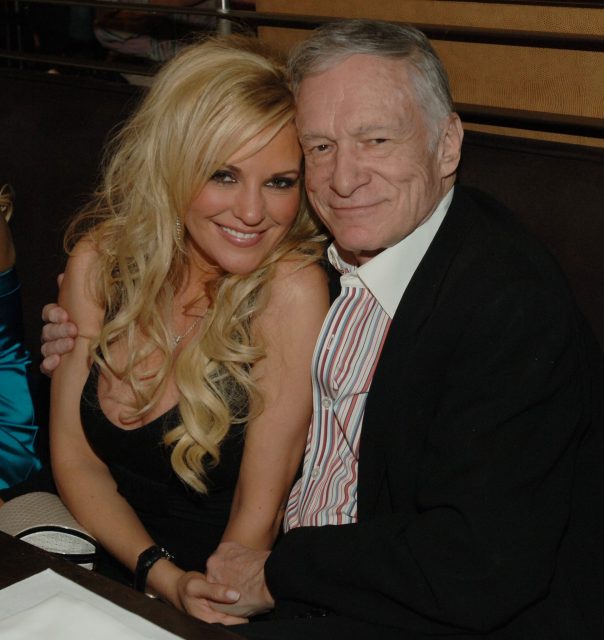 Not only does Marquardt recall seeing some sort of spirit in her bedroom, but she feels that she knew who the ghostly figure was! Years before she moved into the mansion, Bridget had visited the mansion when she had met that mansion’s “social secretary”- a woman named Joanie, who was essentially a house mom. Joanie would look out for all the girls and pets present on the mansion’s property.

When Bridget moved into the mansion a few years after her initial visit, she learned that Joanie had passed away from cancer. It was Joanie who Marquardt believed visited her and her friends in her bedroom. According to Marquardt, she believes that the woman had just come to see the mansion’s newest addition – her brand new puppy, Winnie. Luckily, for Marquardt, at least, this encounter was shocking but not scary.

Marquardt went on to explain that the vibes throughout the entire house were pretty spooky. Doors would slam or lock on their own, and Marquardt always got a strange feeling when she was in the mansion’s game room. Marquardt explained that she “never felt right when I was in there.” Luckily these feelings seemed to be reciprocated by other visitors of the mansion. “Supposedly, housekeeping always didn’t like to go out there either so they’d always ask for a butler or security to go with them.” 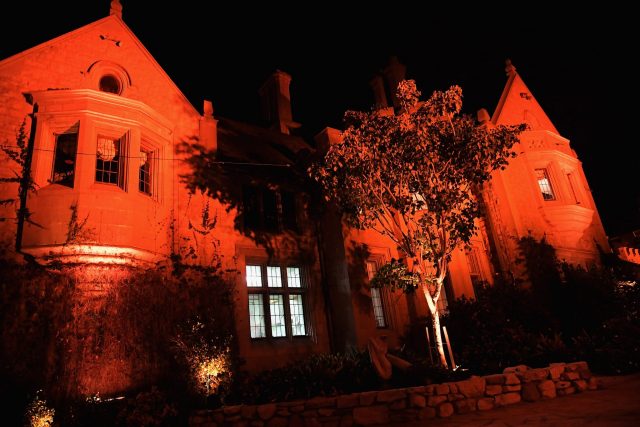 Marquardt also recalled that Hugh Hefner once told her a story about the original homeowner who had “either fallen, been pushed, or had jumped” to her death inside the property. Supposedly, her spirit continues to haunt the grounds of the massive mansion.

Speaking of Hugh Hefner, Marquardt also revealed on the podcast that she met Hef’s spirit – but in a dream. Marquardt could not see Hef during the last few years of his life and wasn’t allowed to go to his funeral when he passed away in 2017. Feeling that she didn’t get the chance to say her goodbyes to Hefner, Marquardt recalled an incredibly vivid dream she had where she got to see him one last time.

In her dream, Marquardt drove to the Playboy mansion to see Hefner. As she recalled, “I could tell the house was sort of abandoned, and he was gone, but yet I was there to see him.” In her dream, Marquardt explained that the mansion was dark, and 1940s music was playing when suddenly Hugh came down the stairs to greet her. 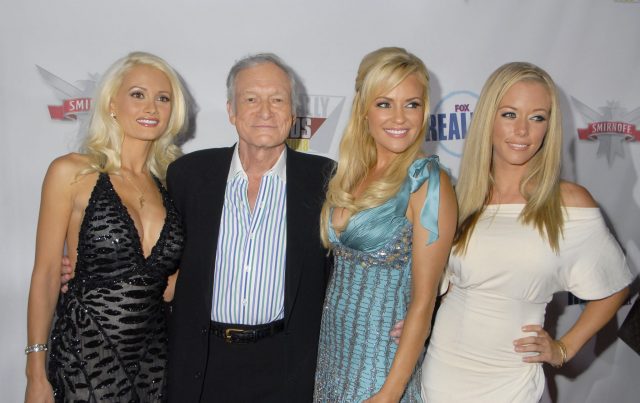 “All of a sudden, [Hefner] comes down the stairs and he threw his arms out. He gave me what we call his big laugh, like this cackle that he did. He said, ‘My darling!’ He put his arms around me, and I felt the hug. I could feel his smoking jacket. I could smell his cologne. It was so real.” This dream helped give Marquardt closure surrounding Hefner’s death. To Marquardt, this dream felt like a goodbye, “and he was good.”

Bridget Marquardt wasn’t the only ‘Girl Next Door’ to have a ghostly experience while living in the Playboy mansion. Holly Madison, who lived in the mansion from 2001 to 2008, remembers one time she was working out in the basement gym when she saw a woman wearing a hot pink sports bra and black workout pants come out of the bathroom and cross in front of her, moving toward a doorway.

Initially, Madison believed that this woman was just a Playmate doing photo tests. However, when she further investigated, she realized that the woman had vanished and that the door the woman was headed towards opened into a small closet. This meant that the woman would have had to pass by Holly again in order to leave the gym, but Holly “never saw that woman again in my life.”

« Hollywood Missed the Mark with These Biopic Castings
Superman Drops ‘The American Way’ From Mission Statement, Former Man Of Steel And Others Object »