The family of the late Broadway composer Jerry Herman has put up for a sale a crypt located near Marilyn Monroe and Playboy magazine founder Hugh Hefner. Those interested in the burial plot can purchase it for a mere $2 million. 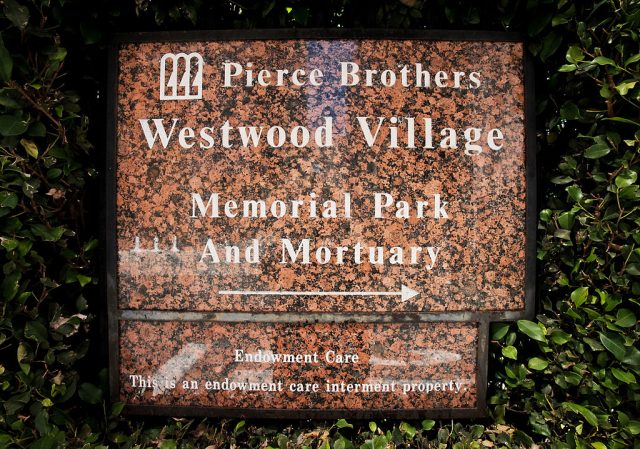 The plot, located in Los Angeles’ famed Pierce Brothers Westwood Village Memorial Park, was purchased by Herman in 1997 for $75,000. Best known for his work in Hello, Dolly! and La Cage aux Folles, Herman wanted to ensure his final resting place was “up to his standard.”

The Broadway composer passed away in 2019, by which time he’d relocated to Miami. He ultimately decided to be buried beside his mother in New Jersey, in a plot in view of the Broadway lights. This left the granite crypt in LA vacant. It’s located two spots down from Monroe and next to Hefner. 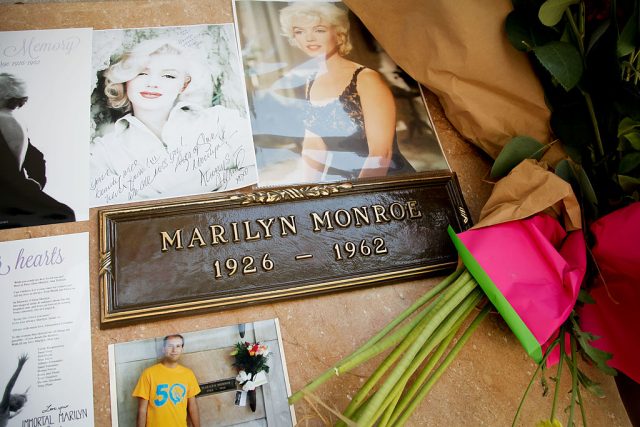 Hefner reportedly spent $75,000 on his spot next to the Seven Year Itch star, who died in 1962 of a barbiturate overdose. She was the first person to appear on the cover of Playboy, and according to NPR, Hefner felt “spending eternity next to Marilyn [was] too sweet to pass up.”

The crypt on the right side of Monroe once belonged to Hollywood memorabilia collector and producer Tom Gregory, who purchased it for $350,000. He later flipped it in 2014 for $699,000, double what he paid. 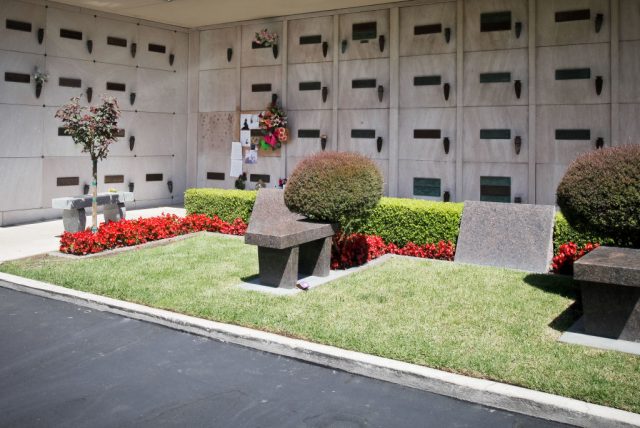 The highest bid ever recorded for a crypt in the mausoleum was $6.4 million. It was listed by Elizabeth Poncher, whose husband, businessman Richard Poncher, had purchased it after a chance meeting with Monroe’s ex-husband, Joe DiMaggio.

In a 2009 interview with the Los Angeles Times, Mrs. Poncher said her husband was a fan of the actress and had told her, “If I croak, if you don’t put me upside down over Marilyn, I will haunt you for the rest of my life.” She obliged upon his death in 1986.

Mrs. Poncher fell on hard times during her later years and thus made the difficult decision to sell her husband’s burial plot. She put it up for auction on eBay for $500,000, and the bidding soon topped $6.4 million.

The sale fell through, as did numerous previous bids, meaning Mrs. Poncher retained possession of the crypt until her own death. Both she and her husband remain buried at Westwood’s Memorial Corridor of Memories. 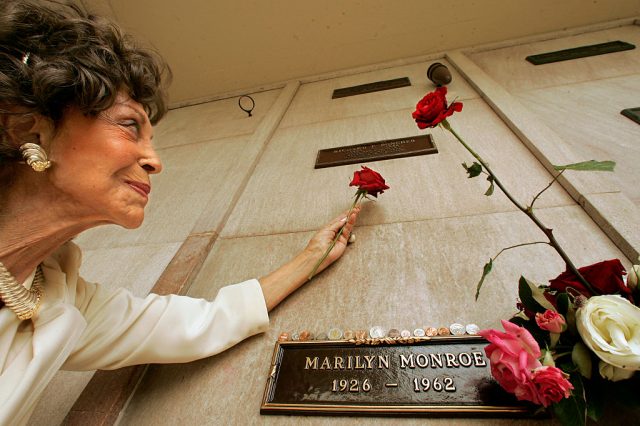 More from us: Marilyn Monroe: the Bookworm who Fantasized about Albert Einstein

The Pierce Brothers Westwood Village Memorial Park opened in Los Angeles in 1905. It holds the remains of many of Hollywood’s most famous names, including Truman Capote, Natalie Wood, and Dean Martin.