Gilligan’s Island was a sitcom that ended much too abruptly, leaving viewers wondering if the castaways ever got off of their island. Luckily, reruns of Gilligan’s Island continue to be broadcast around the world today, and its episodes continue to make people crack up. Here, we take a look at some little-known facts about our favorite castaways. 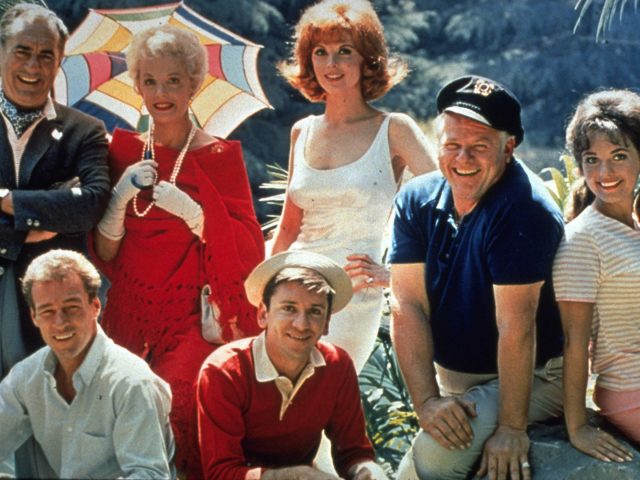 Gilligan’s Island creator Sherwood Schwartz famously picked Gilligan’s name out of a Los Angeles telephone directory, but did you know that Gilligan actually has a first name? He is referred to only as Gilligan for the entirety of the show, but according to Schwartz’s original notes, his first name was supposed to be “Willy.”

2. Mrs. Lovey was a millionaire in real life 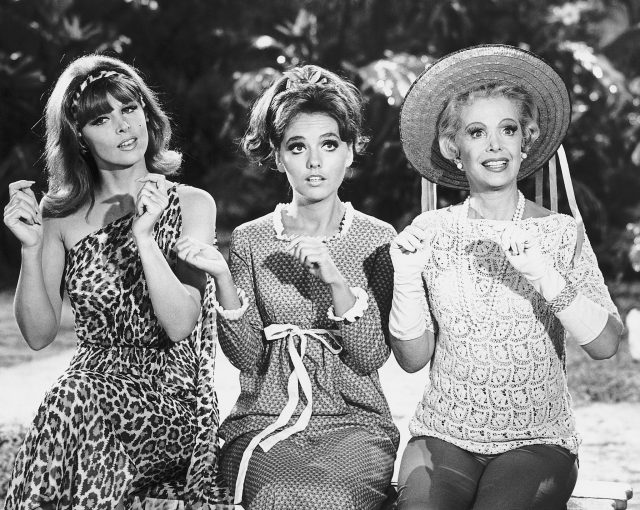 Mrs. Lovey was the wife of billionaire businessman Thurston Howell III on Gilligan’s Island. Mrs. Lovey was played by actress Natalie Schafer, who was a millionaire in real life. Natalie Schafer and her actor husband Louis Calhern invested in Beverly Hills real estate at a time when Rodeo Drive could be purchased for only $50,0000.

Supposedly, when Natalie Schafer passed away in 1991, she left a large portion of her estate to her poodle. Although this is just a rumor, Natalie Schafer did leave a hefty two million to the Motion Picture and Television Hospital. With this money, the hospital was able to renovate and renamed an outpatient wing in her honor.

3. The Skipper fell out of a coconut tree and broke his arm 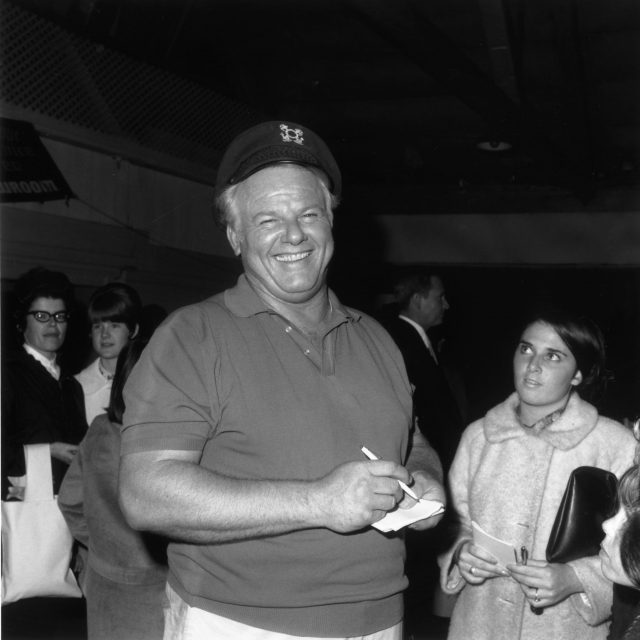 Alan Hale, who played the Skipper on Gilligan’s Island, reportedly fell out of a coconut tree and broke his arm. Although most people would seek medical attention for a broken bone before coming back to work, Hale decided that the show must go on and worked through the pain.

Bob Denver (Gilligan) remembers that Hale missed his mark while falling from the coconut tree and landed a little awkwardly on his arm. Despite the pain he was in, Hale got up and finished filming his scenes. In fact, the very next scene that was shot included Hale, who had a broken arm, carrying not just a load of coconuts but also Gilligan himself!

No one realized the extent of the injury that Hale was dealing with. Sherwood Schwartz recalled noticing Hale’s discolored arm at a wrap party weeks after the incident. After asking Hale what had happened, he responded, “Oh, I broke it a few weeks ago!” Hale didn’t seek medical treatment for his arm because he didn’t want to disrupt the filming schedule, so he worked through the pain he was in.

The series’s pilot was initially filmed over a several-day span on the island of Kauai in Hawaii. The last day of shooting was scheduled for November 23, 1963, in the Honolulu Harbor. However, after Lyndon Johnson was sworn in as president, he announced that all military installations (including Honolulu Harbor) would be closed for a two-day mourning period.

As a result, filming was delayed for several days. In the opening scene for Gilligan’s Island, an American flag can be seen flying at half-mast in the background.

5. Some fans thought the cast was actually stranded 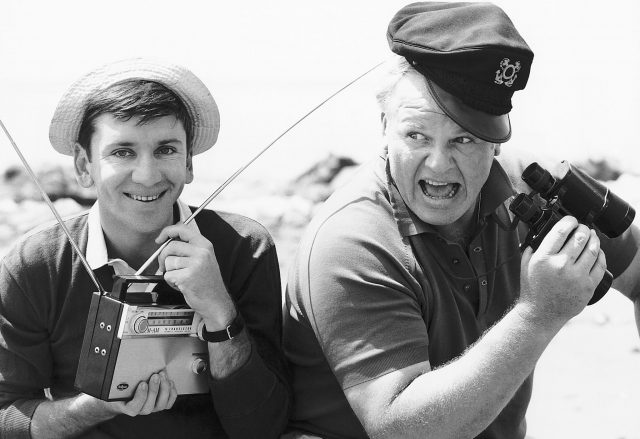 Soon after the show aired, Sherwood Schwartz began receiving strange telegram forwards from the United States Coast Guard. These messages were sent by angry American citizens who could not understand why the Coast Guard was unwilling to go rescued these marooned people.

According to the Center for Media Literacy, telegrams sent to the Coast Guard complained that “for several weeks now,  we have seen American citizens stranded on some Pacific island. We spend millions in foreign aid. Why not send one US destroyer to rescue those poor people before they starve to death?”

Schwartz was confused by these messages, noting, “there was even a laugh track on the show. Who did they think was laughing at the survivors of the wreck of the U.S.S. Minnow? It boggled my mind.” Luckily, these confused viewers equaled less than two dozen, but even this number is relatively high for adults who could not distinguish fact from fiction. 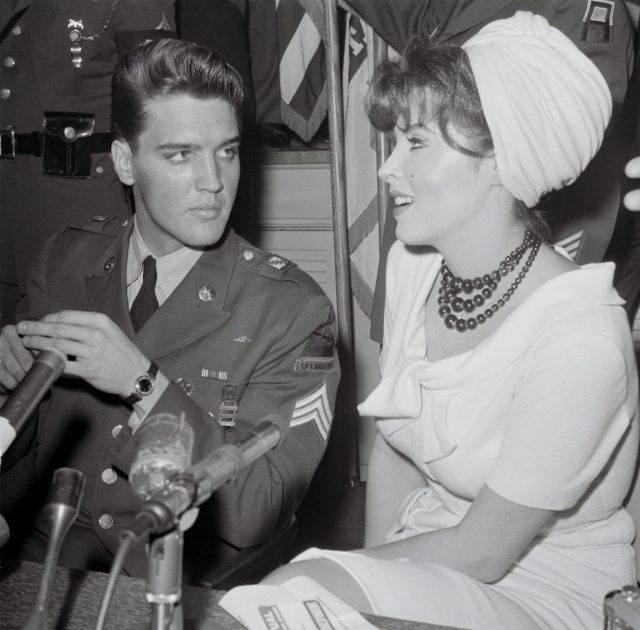 Tina Louise truly encapsulated the red-haired starlet, Ginger, throughout Gilligan’s Islands time on air. Supposedly, Tina Louise didn’t get along with her fellow actors, and as a result, other actresses had to step in to play Ginger in spin-offs and sequels of the show. 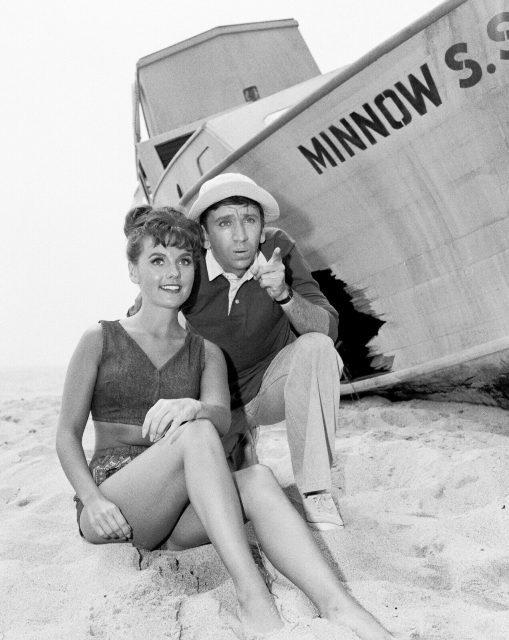 Sherwood Schwartz named the ill-fated S.S. Minnow after the then-chair of the Federal Communications Commission, Newton N. Minow. In 1961, Minow gave a famous speech at the 39th Annual Convention of the National Association of Broadcasters, in which he declared that television had become a “vast wasteland,” and that networks needed to take more responsibility for the shows they aired.

Schwartz, who believed that Minow had “ruined television,” got revenge by naming the S.S. Minnow after him.

8. The inspiration for Gilligan’s Island came from a public speaking class 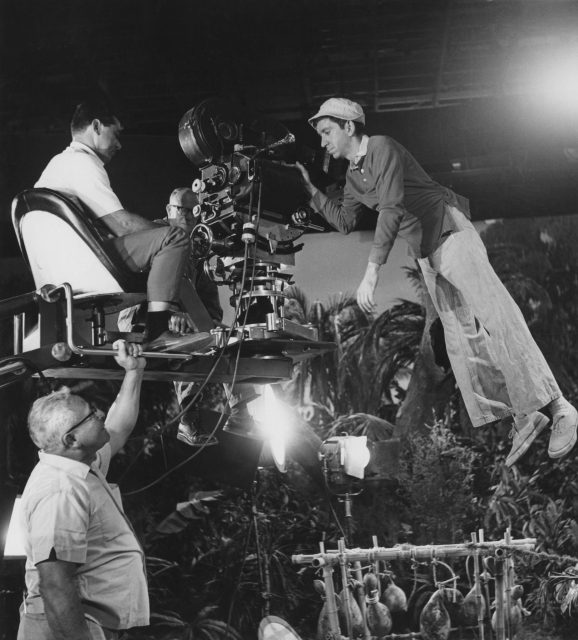 A question posed by a professor inspired Sherwood Schwartz to create Gilligan’s Island. During a public speaking class at New York University, a professor asked his students to give an impromptu one-minute speech. The topic? If you were stranded on a desert island, what item would you like to have? Schwartz, who was a student in this class, was intrigued by this question and it stuck with him until he pitched the idea of Gilligan’s Island as a sitcom.

9. The location of the castaways changed multiple times 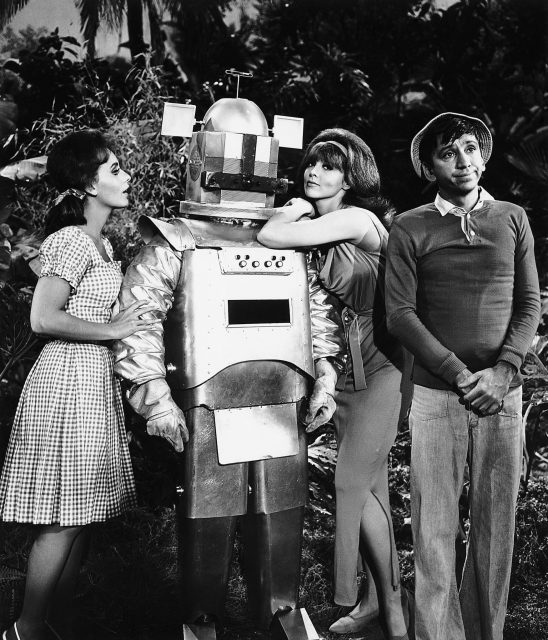 No one knows exactly where Gilligan’s Island was supposed to be located. Three fairly specific locations are given out in episodes for viewers paying close attention. In one episode, the island’s position is said to be approximately 140° latitude by 10° longitude, which are impossible coordinates.

More from us: The Brady Bunch We Never Knew – Dark Revelations of TV’s Most Wholesome Family