Hollywood Missed the Mark with These Biopic Castings

Everyone loves a good biopic. They’re a way of experiencing historical events we might not have been present at, likely because they occurred long before we were born. Most of the time, studios perfectly cast these roles. However, there have been a few instances where the casting has been questionable. Here are 10 times Hollywood really missed the mark.

We’re starting off with a casting choice that seemed great at first, but turned out to be wrong. Leonardo DiCaprio is widely considered one of Hollywood’s best actors, so it came as no surprise that director Clint Eastwood cast him to play the titular role in 2011’s J. Edgar. 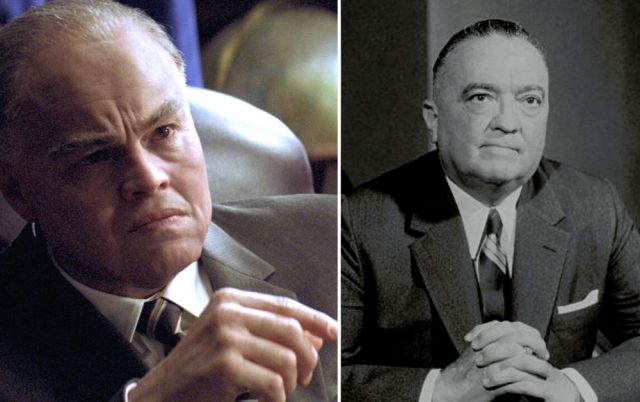 Casting a Hollywood heartthrob turned out to be a poor choice. While DiCaprio’s acting propped up the rather dull film, the makeup and aesthetics used to age him were strange. Many were also quick to point out the lack of resemblance between DiCaprio and J. Edgar Hoover.

Considering the praise and Oscar buzz Kristen Stewart’s portrayal of Princess Diana has received, it’s hard to consider any other. One we’re not too fond of is Naomi Watt’s casting as the late royal in 2013’s Diana. We’re not the only ones to think so – Watts herself regrets taking on the role! 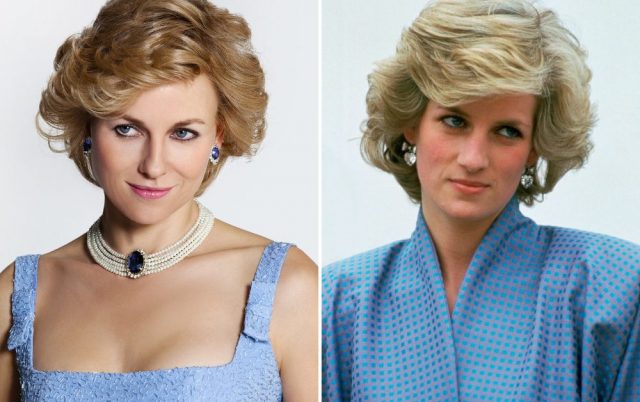 The film covers Diana’s relationship with surgeon Hasnat Khan. While Watts is an incredible actress in her own right, her abilities are unable to prop up the movie’s poor script. One positive is that she’s able to take on Diana’s appearance.

No one is going to argue against us saying 1993’s Schindler’s List is one of the best historical films ever released. The horrors of the Holocaust that director Steven Spielberg portrays on screen are impactful and gut-wrenching, and audiences were left pondering how the world could allow such a disregard for human life to occur. 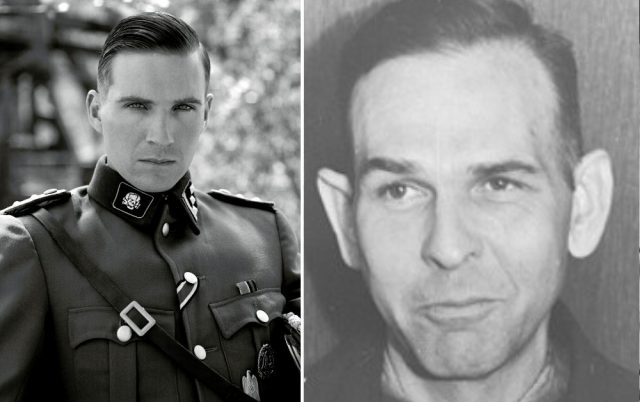 Ralph Fiennes portrays Amon Göth, commandant of the Kraków-Płaszów concentration camp in Poland. Fiennes won a BAFTA for his portrayal of the SS member, but recently many have pointed out that he’s too attractive to play Göth, who was unfit and used his uniform to hide his extended gut.

Despite current critiques, it should be noted that Kraków-Płaszów survivor Mila Pfefferberg stated Fiennes reminded her of the real Göth while wearing his dress SS uniform.

Nina Simone was a trailblazing African-American singer best known for her broad range. Her most popular single was “I Loves You, Porgy,” a cover of George Gershwin’s 1935 song. She had a huge influence on the music scene, and her opinions on racial injustice in America made her an important figure in the Civil Rights Movement. 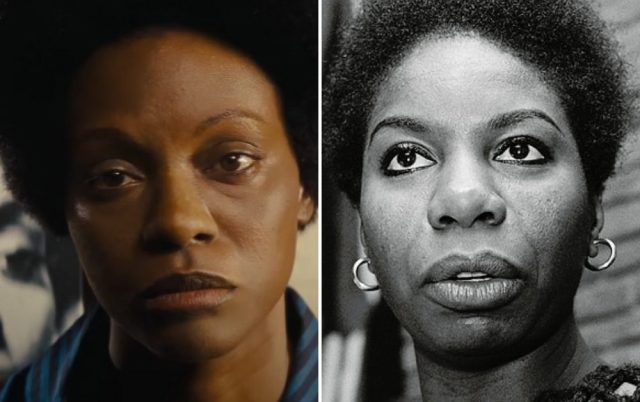 Actress Zoe Saldana was cast to play Simone in 2016’s Nina, and people were not happy. Not only was Saldana’s skin darkened, but she wore an afro wig, fake teeth, and a nose prosthesis. It was widely questioned why the studio hired a “hot” actress to play Simone.

Simone’s daughter was the biggest critic, saying, “My mother was raised at a time when she was told her nose was too wide, her skin too dark. Appearance wise this is not the best choice.”

One of the worst biopic casting choices is without a doubt John Wayne as Genghis Khan in 1956’s The Conquerer. The film failed to perform at the box office, and it’s widely considered one of the worst ever made. One reasons for this was having Wayne play the main character. 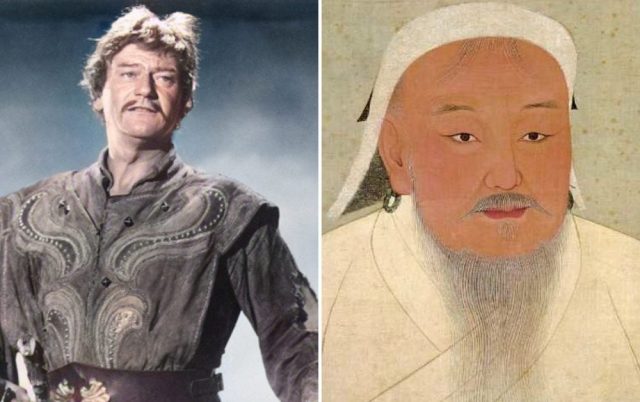 This casting choice is a prime example of white-washing. At the time, Wayne was seen as the epitome of the all-American male, far from a Mongol emperor. He didn’t attempt to hide his southern twang, wore makeup that made him appear tanner than he actually was and donned the worst fake mustache we’ve ever seen.

Audrey Hepburn was a Hollywood icon. She starred in many popular films – including Breakfast at Tiffany’s and Roman Holiday – and was applauded for her class and charm. There are few actresses able to recreate what Hepburn brought to the big screen, including those cast to portray her. 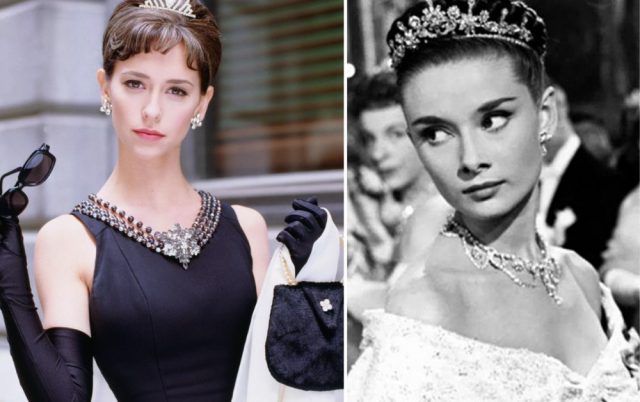 In 2000, Jennifer Love Hewitt appeared as Hepburn in the TV movie, The Audrey Hepburn Story. While Hewitt could have been a dead ringer for the late actress, she was unable to bring to the role the personality and attributes that made Hepburn so adored by the public.

While 2012’s Liz and Dick is widely considered a terrible biopic, and the bad press didn’t wait until the movie was released. It began with the casting process, when the public learned Lindsay Lohan was slated to play Elizabeth Taylor. Most didn’t take her seriously as an actress, given her previous teen movies and legal issues. 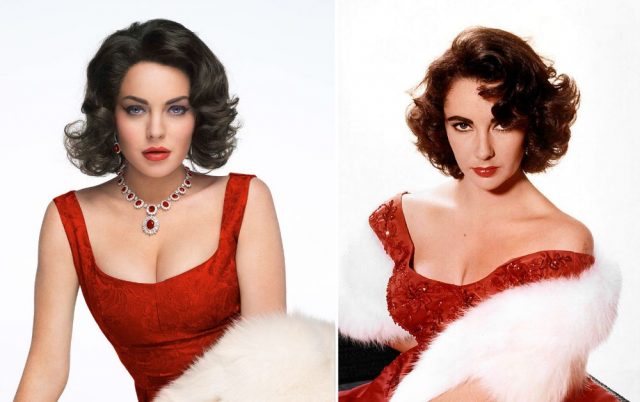 Lohan wasn’t the only reason for the film tanking. Audiences found it difficult to believe Taylor and Richard Burton’s relationship. By all accounts, the only positive was the excellent work done by the hair and makeup department.

Colin Farrell as Alexander the Great

There are so many issues with 2004’s Alexander that we’re not sure where to start. It’s all over the place, without focus or direction, and it doesn’t do a good job showcasing the life of the famed Macedonian conquerer. However, the most glaring issue is the casting of Colin Farrell as Alexander. 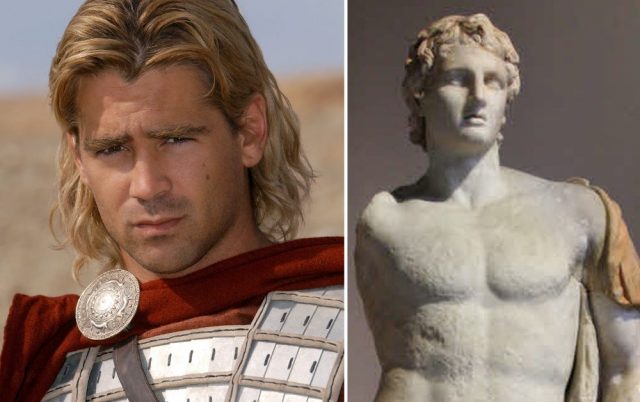 Alexander the Great was a student of Aristotle and became one of the greatest military leaders. He ruled over many kingdoms, reigning over a swath of land that stretched from Greece to India. Farrell, on the other hand, is an Irish actor forced to wear a terrible blonde wig… It’s no wonder historians and audiences were unhappy with the final result.

This isn’t a biopic casting.

Actor Joseph Fiennes was chosen to portray the late Michael Jackson in an episode of Urban Myths. When a sneak peek was released to the public, the outrage was immediate. The family fought back against the segment, and the episode never aired. 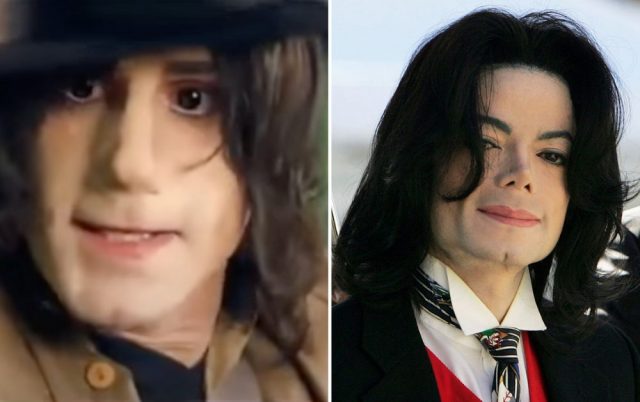 No, just… No.
« The White House Traditions And Events That Celebrate Food, Religion, and Snowball Fights
Former ‘Girl Next Door’ Claims The Playboy Mansion Is Extremely Haunted »