Wondering what the greatest connection we’ve heard today is? Keanu Reeves once dressed up for Halloween in the bustier Dolly Parton wore on her 1978 Playboy magazine cover. We break down this hilarious story here. 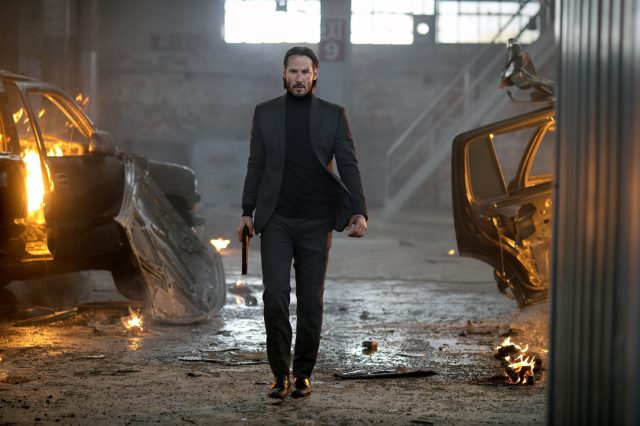 Keanu Reeves was recently a guest on Jada Pinkett-Smith’s Red Table Talk. During this conversation, Reeves was asked about his favorite Halloween costume he wore while growing up. While answering that question, Reeves casually revealed that he once dressed up as a Playboy Bunny for Halloween – but not just any Playboy Bunny. Reeves revealed that for one particular Halloween he wore Dolly Parton’s full Bunny look – including the bustier, the ears, and even her tights.

It turns out that Keanu Reeves’ mother, Patricia Taylor, worked as a costume designer. It was Taylor who designed Parton’s costume for the cover of Playboy magazine in 1978. According to Reeves, Dolly Parton didn’t take the costume home after the shoot, “so we had it, and it was Halloween.”

He went on the tell Jada Pinkett-Smith, “I put on the ears and the bustier. I wore sneakers with fishnet stockings and a bowtie. I had some pretty long hair, and I was Dolly Parton as a Playboy Bunny.”

Much to our dismay, he didn’t offer up any photographic evidence but we imagine that he pulled off Playboy Bunny Dolly Parton perfectly.

More from us: Former ”˜Girl Next Door’ Claims The Playboy Mansion Is Extremely Haunted

This past summer, on July 20, Dolly Parton recreated her iconic Playboy look for her husband’s birthday. As she described in a video posted on her Twitter, her husband Carl loved her 1978 Playboy magazine cover so she decided to recreate the look for his big day.

We hope that Keanu Reeves still has Dolly’s original magazine cover costume. Perhaps the two of them can create Parton’s 1978 photoshoot together!