Keanu Reeves Made a 1980s Christmas Musical: You May Need The Red Pill After Seeing It

Keanu Reeves is taking the red pill once again in The Matrix: Resurrections, though there could be another reality he wants to escape from. Namely, a chapter of his life from 1986. Back then, a 22-year-old Reeves featured in a Christmas TV movie musical called Babes in Toyland.

Starring Drew Barrymore, the film was supposed to be a magical, Wizard of Oz-style experience. Unfortunately for Babes in Toyland, the tornado arrived but failed to transport viewers to fantasy land, leaving devastation in its wake.

Was it really so bad? And what does Keanu think about it today? Let’s go back to Toyland and find out!

Babes in Toyland was NBC’s adaptation of Victor Herbert and Glen MacDonough’s operetta from 1903. Intended as a TV event, the musical occupied a chunky time slot. Its running time was nearly two and a half hours.

Mental Floss notes the movie was “part of the network’s effort to offer family-friendly holiday fare and to compete with CBS’s annual broadcast of 1939’s The Wizard of Oz.” 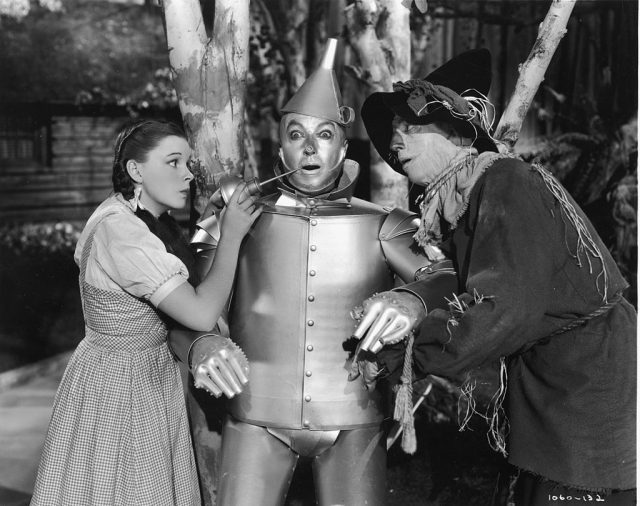 The Tin Man recieving some essential maintenence from his friends Dorothy and The Scarecrow in a scene from Victor Fleming’s 1939 film ‘The Wizard of Oz’. (Photo Credit: MGM Studios/Courtesy of Getty Images)

This connection with Oz has always been there. The original operetta followed a production of Oz by the same producers and was conceived in the same spirit.

What was this epic movie musical about?

Set in a realm populated by nursery rhyme characters, Babes in Toyland zaps young Lisa (Barrymore, aged 11) into the middle of a conflict between the Toymaster and villain Barnaby Barnacle. 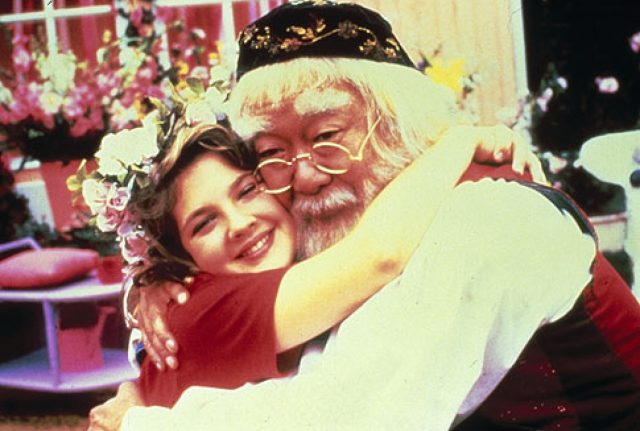 Before John Wick there was Jack-be-Nimble

So, you’re probably wondering if Reeves sang his heart out for Babes in Toyland? Indeed he did, though we’re not sure if his heart was in it in the first place.

The year 1986 was a big one for Reeves. He appeared in the acclaimed crime drama River’s Edge. That fared a little better than his adventures in Toyland. Co-starring such notable names as Crispin Glover, Dennis Hopper and Ione Skye, it won Best Picture at the Independent Spirit Awards.

Whether performing in gritty fare like River’s Edge or putting on his happy face for Babes in Toyland, Reeves was destined for greatness. By the end of the decade, he’d filmed Bill and Ted’s Excellent Adventure. Ten years later he decided to enter the Matrix.

The reviews showed they weren’t in Kansas anymore

While NBC hoped people would be charmed by their efforts, that doesn’t appear to have been the case. Basement Rejects write that “the actors are fumbling through the movie” and criticism was leveled at the less-than-magical special effects. 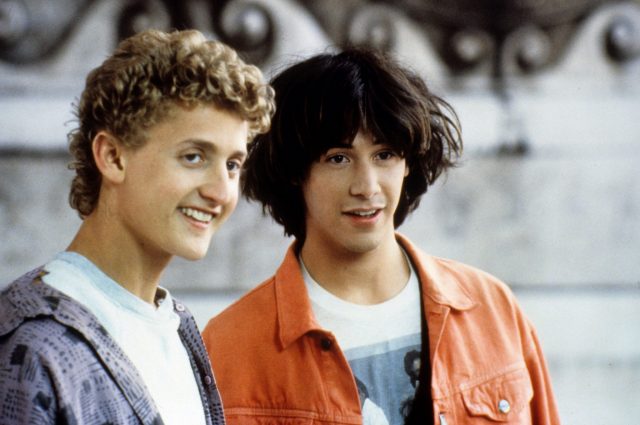 Babes in Toyland may have failed to sprinkle fairy dust on the public. But it’s not like those involved never saw each other again.

Speaking in 2020, Barrymore remembered how she welcomed a special guest to her 16th birthday party… Keanu Reeves. And what’s more, he arrived on a motorcycle, where Barrymore found herself taking an unexpected trip. 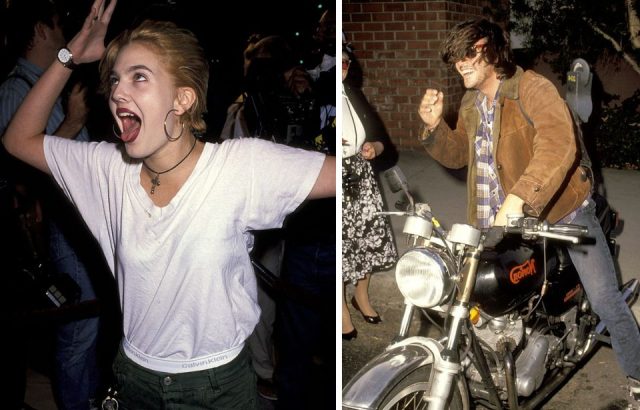 “We just blasted through the streets,” she said. Riding through the night was apparently “one of those moments where I’ll never forget it.”

One of Reeves’ defining franchises is back after a 20-year hiatus. Might a Babes in Toyland: Resurrections be on the cards? Do not bank on it.

What does Keanu think about Babes in Toyland?

It’s safe to assume Reeves isn’t the biggest fan of the movie. Mental Floss suggests he’d want it deleted from the Matrix! 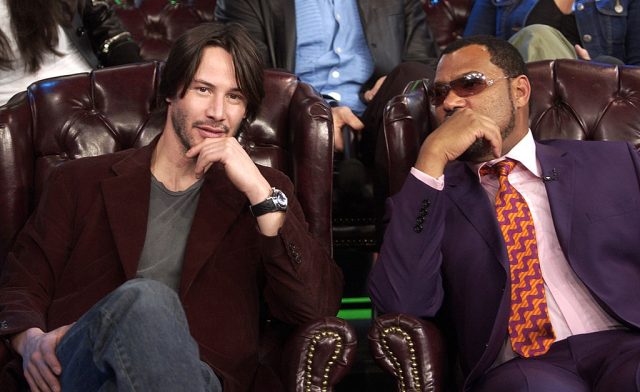 Keanu Reeves and Laurence Fishburne during The Cast of “The Matrix Reloaded” and P.O.D. Visit MTV’s “TRL” (Photo Credit: KMazur/WireImage)

More from us: Yippee Ki Yay Turkey Baster! Die Hard’s Christmas Setting Is More Complex Than You Might Think

Brian J. Robb’s Keanu Reeves: An Excellent Adventure (1997) describes how it offered the young actor his first taste of overseas shooting. Babes in Toyland went to Germany for filming.

The movie was released for home viewing in a heavily edited 95 min version.