‘Baby It’s Cold Outside’ Was the Original ‘Closing Time’

One of the most popular and perhaps one of the most controversial Christmas carols is “Baby It’s Cold Outside.” The holiday song has faced criticism in recent years over the alleged implications in its lyrics. Regardless of the questionable lines, the famous Christmas carol has an interesting origin story. Let’s take a peek back at the history of “Baby It’s Cold Outside” and why it was used as a way to get people to leave parties.

The real intention of “Baby It’s Cold Outside” 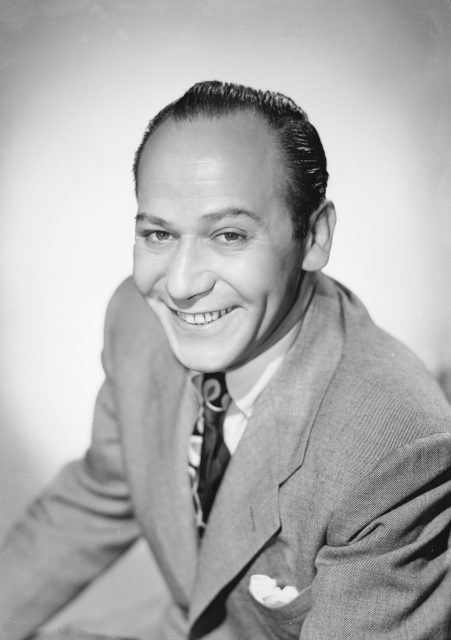 “Baby It’s Cold Outside” was written in 1944 by Frank Loesser to sing with his wife, Lynn Garland, for a housewarming party at the Navarro Hotel in New York. In the 1940s, it was common for guests at parties to prepare performances. People who had vocal talents typically were expected to perform songs for their fellow guests.

Loesser was a successful composer and lyricist, who wrote songs for various Broadway musicals and Hollywood films. “Baby It’s Cold Outside” was intended to be the final performance of the evening during the couple’s housewarming party.

According to Loesser’s daughter, Susan, the song was an instant success – not just at the Loessers’ housewarming party, but other parties hosted by celebrities in the 1940s.

According to Susan Loesser, after Lynn and Frank went to the piano and introduced “Baby, It’s Cold Outside” to their friends, “The room just fell apart [my mother remembered]. I don’t think either of us realized the impact of what we’d sung. We had to do it over and over again and we became instant parlor room stars. We got invited to all the best parties for years of the basis of ‘Baby.’ It was our ticket to caviar and truffles. Parties were built around our being the closing act.” 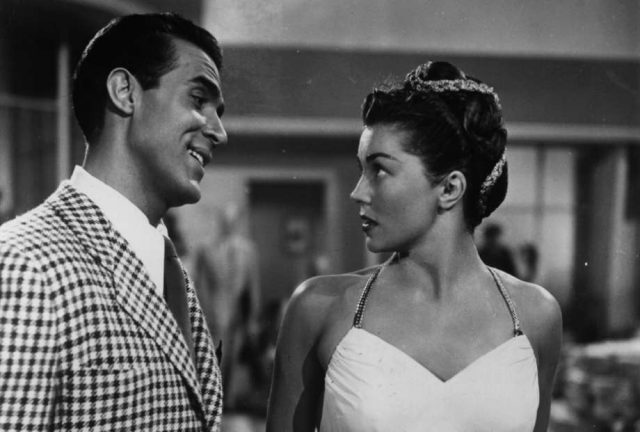 For several years, the couple held onto the song. They regularly performed the duet at celebrity parties on both the East and West coasts until 1948, when Frank Loesser decided to sell the song’s rights to MGM for the film Neptune’s Daughter. It won an Academy Award for Best Original Song in 1948 after it was featured in the movie and has since been re-recorded by countless different stars.

As previously mentioned, “Baby It’s Cold Outside” has since come under fire for its lyrics. In fact, in 2019, when John Legend and Kelly Clarkson performed the song, they modified the lyrics to make them more consensual.

Today, the song is interpreted as such: the woman (or “the Mouse”), doesn’t want to stay, but the male (or “the Wolf”) is begging – or forcing – her to stay because it’s so cold outside. Perhaps more infamous is when the Mouse questions what’s in the drink he handed to her.

This Chrismas carol definitely brings up questions of consent, especially in the era of the Me Too movement. We’re not here to question the motives of the song, but looking at its historical context could perhaps clear up some misperceptions as the song continues to be taken off different radio waves.

When the song was written in the 1940s, an unmarried woman staying the night at her boyfriend’s house would have caused a scandal. This fear is reflected in the lyrics of “Baby It’s Cold Outside,” especially when she makes comments about her family’s reaction and judgment to her staying the night. In the context of 1940, the issue is a battle between his requests and her own reputation.

The 1940s, in general, were not a decade of extreme purity. According to Beth Bailey, the author of From Front Porch to Back Seat: Courtship in Twentieth-Century America, many wartime couples in the ’40s thought they “might never see each other again,” and as a result, married the person they lost their virginity to.  When it came to dating, rules and expectations were still being worked out. 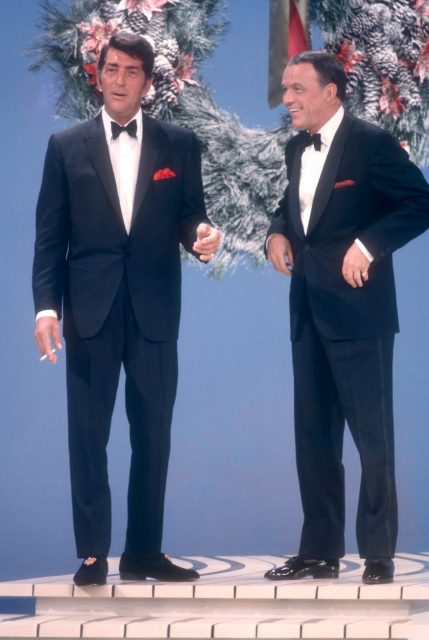 Frank Sinatra and Dean Martin during the “Dean Martin Variety Show Christmas Special,” circa 1967. Both crooners have done their own rendition of “Baby It’s Cold Outside.” (Photo Credit: Martin Mills/ Getty Images)

In this way, “Baby It’s Cold Outside” could arguably be a female liberation anthem – a woman wants to stay with her boyfriend but is worried about the societal repercussions and judgment she may face from her family. Societal norms of the 1940s expected women to outrightly reject men’s advances, regardless of what they wanted. The Wolf in “Baby It’s Cold Outside”offers her excuses to stay, and the Mouse is taking him up on those excuses.

The lyric “what’s in this drink” has also been interpreted as the Wolf slipping something into the Mouse’s drink in order to take advantage of her. However, in the 1930s and 1940s, this line was a sort of stock joke. The punchline was that there is basically nothing in the drink – not even a significant amount of alcohol.

More from us: ”˜It’s a Wonderful Life’ Had a Terrible Time at the Box Office Before Becoming a Christmas Classic

It is important to note that the lyrics of the song are certainly problematic today. However, putting “Baby It’s Cold Outside” in the context of the time it was written in helps clarify these questionable lyrics.