Everyone’s heard of The Muppet Christmas Carol (1992), and plenty of us have seen a version of Dickens’ novella with a Hollywood name such as Alastair Sim or Sir Patrick Stewart in the leading role. The story (as described by Den of Geek) “of a time travelling pensioner who sees dead people” has appealed to both movie directors and TV show producers throughout the years.

So, from Looney Tunes to Vincent Price and an adaption that is less than seven minutes, here are some versions of A Christmas Carol that you may have missed out on (and in some instances, that’s not necessarily a bad thing…)

This British short film was made in 1901 and had a runtime of only six minutes and 20 seconds. Possibly the oldest offering on our list, the British Film Institute (BFI) has managed to preserve around four minutes of the original 35mm reel.

The three ghosts in this silent movie are replaced by Marley himself who shows Scrooge his requisite three visions.

This version is a little longer than the 1901 adaptation, coming in at a full 13 minutes. It was directed by J. Searle Dawley for Thomas Edison’s film production company. 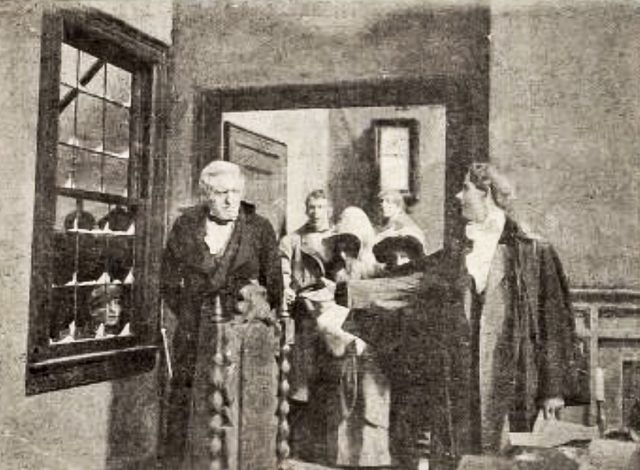 You would think that the ultimate Christmas ghost story being narrated by Vincent Price would be a wonderful thing to behold, but alas, this 1949 version falls rather short. The sets are pretty poor, with one website commenting that they “wouldn’t be out of place in a Victorian children’s nursery” while another declares that they are “seemingly borrowed from a local school Christmas play.”

As well as Price, this film is notable for being the first screen appearance of Jill St. John, who would go on to become a Bond girl later in her career. 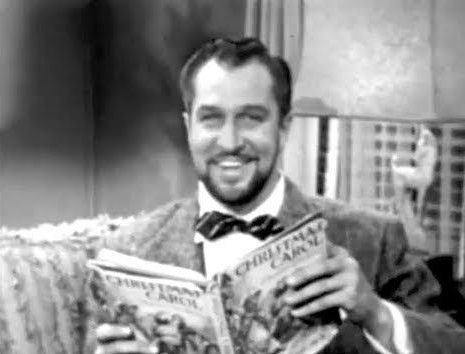 There are plenty of cartoon versions of A Christmas Carol out there, but who remembers seeing the Merrie Melodies take on the story? At only eight minutes long, this version stars Yosemite Sam as Ebenezer Scrooge and Porky Pig as Bob Cratchit.

Rather than a standalone version, it was originally one of three short films forming part of Bugs Bunny’s Looney Christmas Tales, a TV movie with a runtime of 22 minutes.

For a little taste of nostalgia, you can view the opening and closing credits of this extended version here to catch a glimpse of some of your favorite Looney Tunes characters carol singing.

Released the same year as Bill Murray’s Scrooged (1988), this adaptation will only be known to fans of the Blackadder series.

In a twist on the original, Ebenezer Blackadder is a kind and generous individual who gets fleeced out of all his belongings by unscrupulous characters around him. Once the ghost of Christmas shows him the cunning and greedy ways of his ancestors, Ebenezer has a change of heart ”“ just in time for the arrival of Queen Victoria. 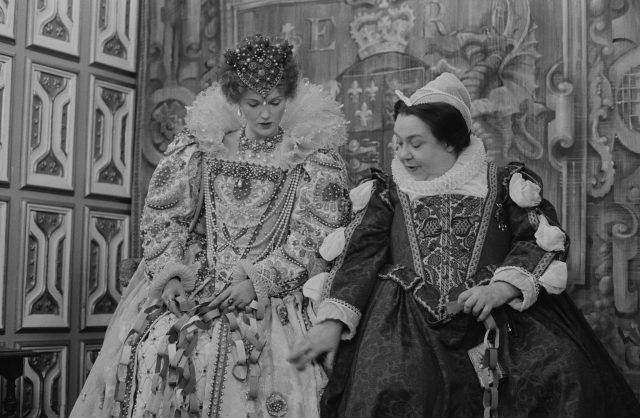 This Christmas special of the much-loved cartoon series sees the town of Bedrock putting on a performance of A Christmas Carol, with Fred’s ego inflating when he gets to play Scrooge. John Rhys-Davies (perhaps best known as Gimli from The Lord of the Rings films) lends his voice to the narrator, named “Charles Brickens.”

Mixing the traditional story with modern humor, both adults and kids will enjoy this version. 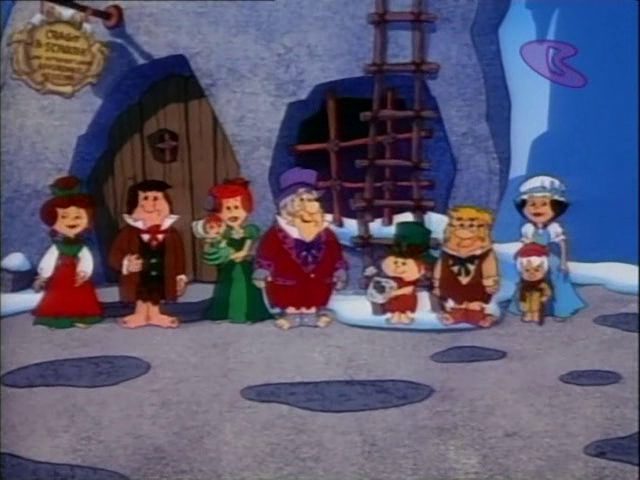 A very loose adaptation that was “inspired by” rather than “based on” A Christmas Carol was the two-parter Christmas episode for The X Files in 1997. With David Duchovny somewhat absent due to promoting a film he was in, the action centers around Dana Scully and a little girl called Emily, who may or may not be the daughter of Dana’s sister.

Young Dana in the flashback scenes is played by Gillian Anderson’s real-life sister Zoe Anderson, and Emily’s family have the surname “Sim” in honor of Alastair Sim who portrayed Scrooge in a 1951 film. 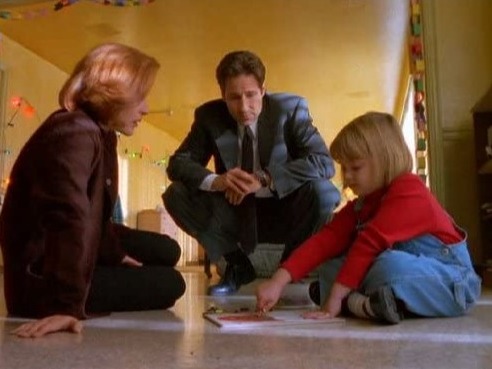 This version, which has been both race and gender-flipped, sees Cicely Tyson as the miserly Ebeneta Scrooge.

While its attempts to address race and class politics get a mixed reception from reviewers, both Mashable and Collider agree that the sermon delivered by Ebeneta’s nephew (played by Michael Beach) is worth watching. 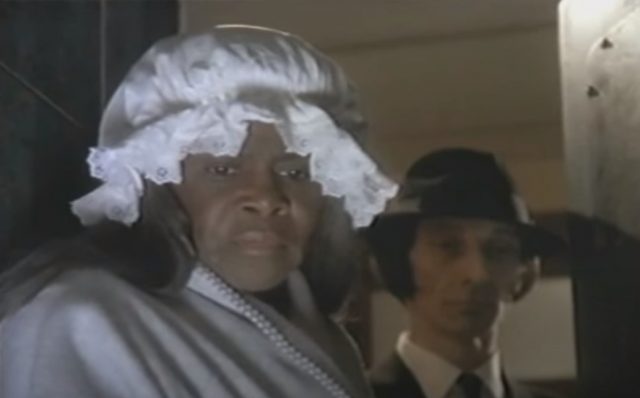 Tori Spelling plays Carol Cartman, another gender-flipped Scrooge, in a film that contains very little to like. However, it is rather good fun to see Gary Coleman (Diff’rent Strokes) and William Shatner (Star Trek) playing two of the ghosts.

Perhaps the highlight of this appalling version is when a ghostly Shatner moves Carol to another location with a teleporter effect that is a homage to his Star Trek heritage. 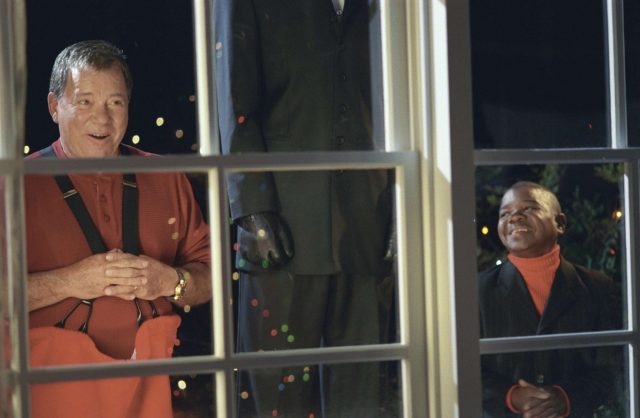 With a star-studded cast that includes Matthew McConaughey, Jennifer Garner, Emma Stone, and Michael Douglas, you’d expect this to be something special. Alas, it’s very far from that.

McConaughey plays Connor Mead, a successful photographer, who is visited by the ghosts of girlfriends past, present, and future on the eve of his brother’s wedding (which he’s trying to disrupt). They have to try and convince him that his womanizing ways need to stop.

More from us: A Struggling Dickens wrote “A Christmas Carol” to Enlighten the World and Make Fast Money

Just to prove that it could get even worse, a remake was released in 2021 called Boyfriends of Christmas Past.

« Bing’s The Thing When It Comes To Christmas! Festive Facts About Mr. Crosby
Windsor Castle Is All Decorated For Christmas And It Looks Like A Fairytale »