One of the most famous and prolific inventors in history, Thomas Edison is best known for developing an early version of the electric light bulb and many other devices that are still important to daily life. There’s much more to know about the man called the “Wizard of Menlo Park,” however. Here are some lesser-known details about Edison and his life.

He lost most of his hearing as a young man 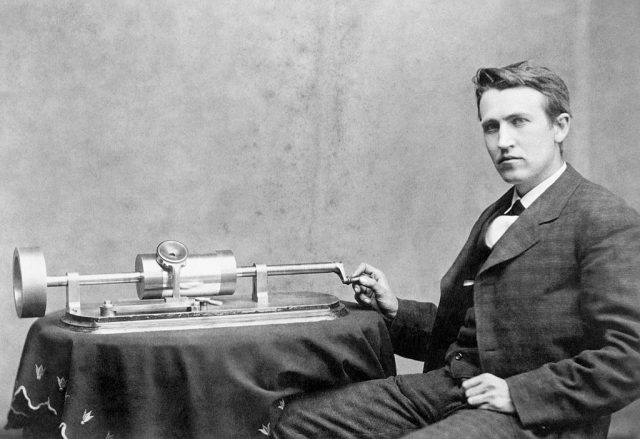 When Thomas Edison was about 12 years old, he lost most of his hearing. There are differing theories as to what caused the hearing loss, but it was likely due to a bout of scarlet fever or an infection called mastoiditis. Edison himself, at least once, attributed it to an incident in which he was “grabbed by his ears and lifted to a train“.

Whatever the cause, his hearing problems didn’t hinder his later work as an inventor. In fact, he claimed that his deafness helped him to focus on his research without the distractions of a noisy environment.

He also said his sleep was improved as a result and claimed he got as much rest in 15 minutes of napping as hearing people would get in four hours.

The smell of food cooking bothered him 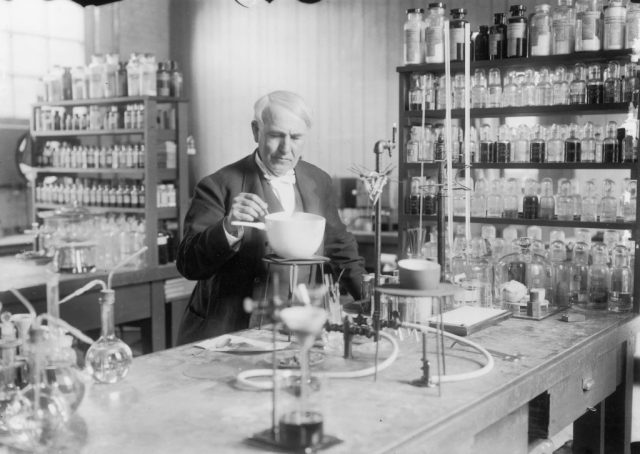 Edison did not like the smell of food cooking. At his winter estate in Fort Myers, Florida, the house was split into two separate buildings connected by a breezeway. The building that housed the family’s main living quarters did not have a kitchen, so Edison wouldn’t have to be bothered by any food aromas as meals were prepared.

He saved the life of a child 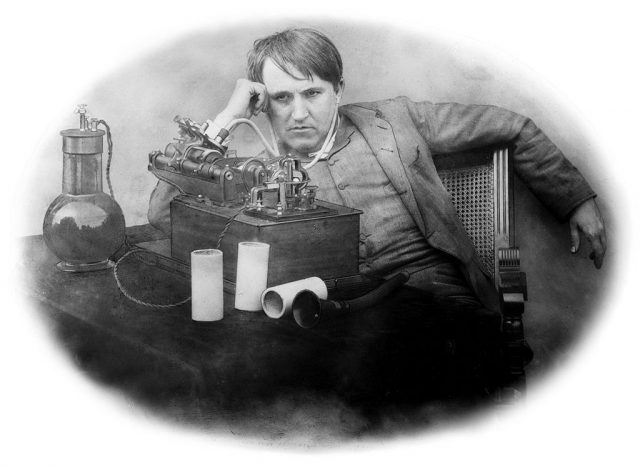 In 1862, Edison saved a three-year-old boy from being mowed down by a runaway train. The child’s father was a station agent and was so grateful that he taught telegraphy to Edison as a thank you.

Edison’s first job as a telegraph operator was in Port Huron, Michigan, but he soon began traveling the country to work available telegraph jobs.

If it weren’t for Edison, we might answer the phone by saying “ahoy” instead of “hello” 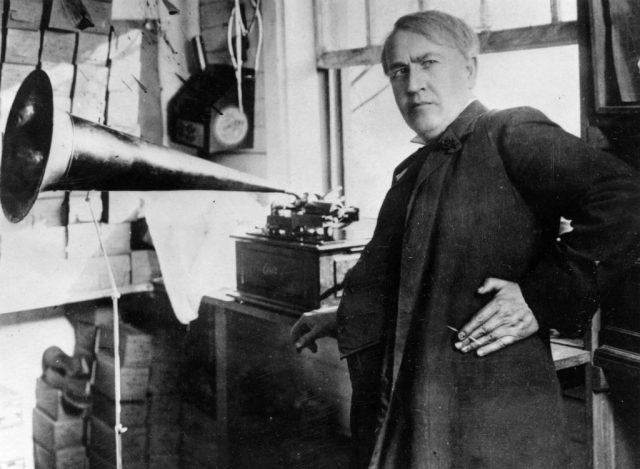 Although Alexander Graham Bell invented the telephone, it’s Thomas Edison who’s responsible for how we answer an incoming call.

Previously, people had uttered phrases like “Are you there” or “Do I get you?” when they picked up the device. Bell himself preferred the nautical word “ahoy.” But Edison thought a simple “hello” was the most efficient, and it stuck. In fact, telephone operators were known as “hello-girls” for a time.

Two of his children had telegraph-inspired nicknames 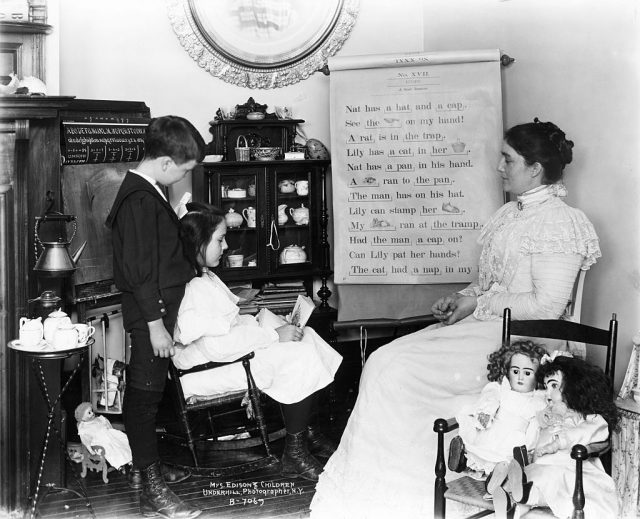 Edison fathered six children, three with each of his two wives. His first two children with Mary Stilwell were given nicknames based on Morse code references. Daughter Marion was born in 1872 and called “Dot,” while her younger brother, Thomas, Jr., was called “Dash.”

Thomas Edison and Mary had a third child, son William.

During his second marriage, to Mina Miller, Edison fathered three more kids: Madeleine, Charles, and Theodore. Madeleine and Charles are pictured above with their mother Mina. 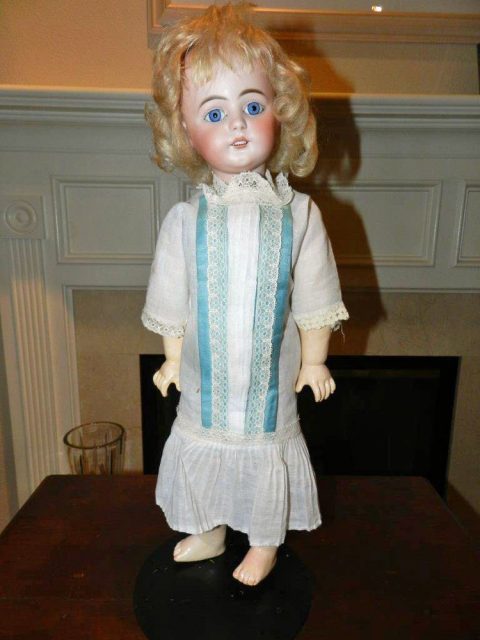 While many of us are familiar with Edison’s most famous inventions, such as the phonograph and early motion picture camera, he filed patents for an astonishing 1,093 objects and ideas during his lifetime.

Some of his lesser-known creations included wax-coated paper, an electrographic vote recorder (his first patented invention), an electric pen, and even a talking doll.

He created a “talking” doll because he thought it would be a great way to show off his new phonograph technology. About 500 of the two-foot-tall dolls, powered by a crank in their backs, were produced. They recited nursery rhymes or children’s prayers.

Many people find the dolls to sound nightmarish, and “Edison himself thought they were unpleasant.” This is due to the fact that the voice was likely that of a female factory worker imitating a little girl. Curious? Listen for yourself here. 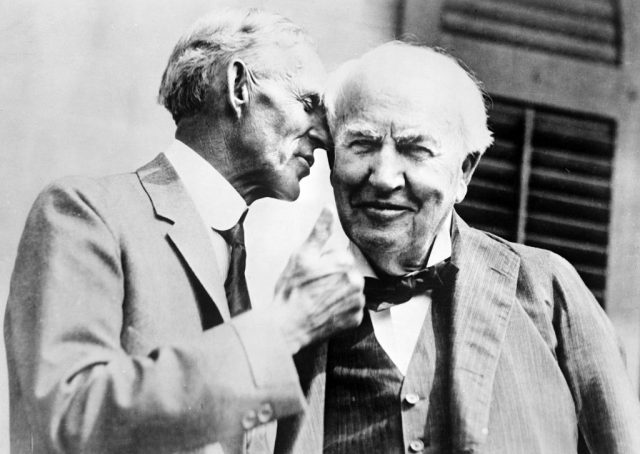 It’s fitting that two of the most influential inventors in American history would become close friends. Thomas Edison and auto pioneer Henry Ford met at a convention in 1896. Ford was a big fan of Edison already and snapped some photos of the inventor. Edison gave Ford a bit of encouragement (“keep at it“) and the two men remained friends for the rest of their lives.

More from us: By Thomas Edison, this is the oldest surfing footage ever made

They even ended up buying neighboring vacation homes in Fort Myers, Florida. The story goes that after Edison died, his son Charles presented Ford with a vial purportedly containing his last breaths. Ford kept the vial for the rest of his life.