Stevie Nicks is one of the most important figures in music history. In fact, she has been dubbed the queen of rock and roll, and shows no signs of slowing down anytime soon. Although she is one of the most successful artists of her time, she has struggled and overcome different addictions and toxic relationships. Here, we take a look at the good, the bad, and the sometimes ugly parts of Stevie Nicks’ exceptional life. 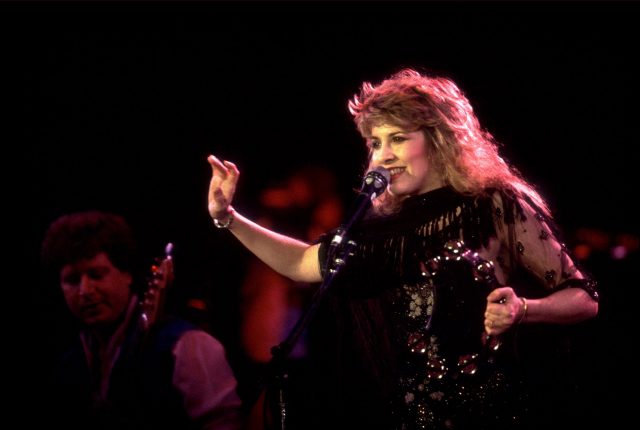 Jimi Hendrix was an artist who probably didn’t need any sort of introduction before performing, but before Stevie Nicks was the main attraction, she was an opening act for rock and roll legend Jimi Hendrix. Before Stevie Nicks and her bandmate Lindsey Buckingham were a part of Fleetwood Mac, they were in a rock band known as Fritz.

In the late 1960s, Fritz was on tour and was playing in a San Fransisco music festival where Jimi Hendrix was also playing. Stevie Nicks reflected on this experience in an interview, recalling “there was like 20 bands on; there was you, there was 15 more bands and then there was Jimi Hendrix. The perk that you get when you do that is that you get to be on the side of the stage when Jimi Hendrix is on. And he actually looked over at me and said, ‘This is for you, babe.'”

According to Stevie Nicks, Jimi Hendrix had a huge influence on her. In an interview given in 2011, she stated that she learned grace and humility from Jimi Hendrix.

2. She is one of the only women to have two Rock and Roll Hall of Fame inductions 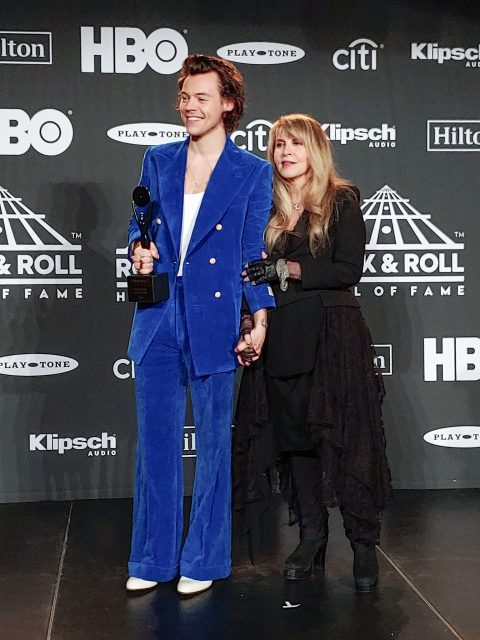 Many artists have been inducted into the Rock and Roll Hall of Fame twice — usually for musical contributions in a band and as solo artists. However, many of the artists with multiple inductions seem to be male. In fact, Stevie Nicks was the only female to be inducted two times to the Rock and Roll Hall of Fame for her time in Fleetwood Mac (inducted in 1998) and for her solo career (inducted in 2019). It wasn’t until 2021 that she was joined by Carole King and Tina Turner. 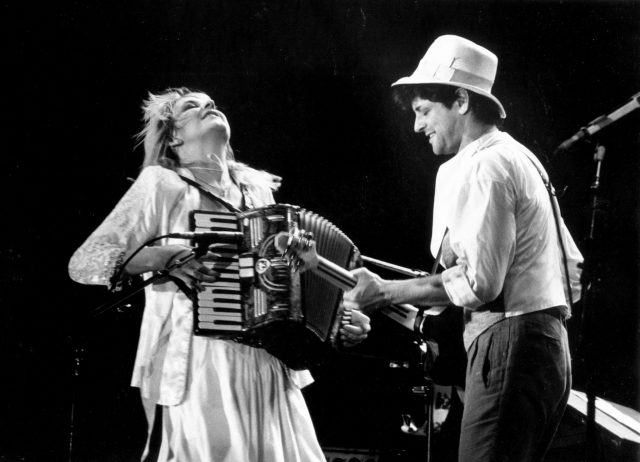 Lindsey Buckingham and Stevie Nicks have had one of the most notorious on-again-off-again relationships of all time. Although they were romantically involved during their time in Fleetwood Mac, they actually first started dating in high school. The duo met at Menlo-Atherton High School in Atherton, California. Lindsey Buckingham was performing a rendition of The Mamas and The Papas’ California Dreamin’ and caught the attention of Stevie Nicks.  Together they formed their first band, Fritz, and the rest is history! 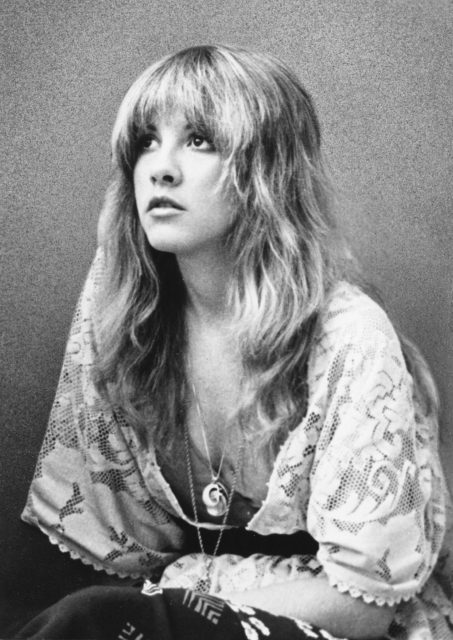 Stevie Nicks has been open with her struggles surrounding drugs and alcohol in the past, but at one point her hard-partying lifestyle almost caused her to go blind. The band decided to throw a party following the worldwide success of their album Rumours before they kicked off a tour.

This party went on for 48-hours straight, and in the midst of all this, Stevie Nicks forgot that she was wearing contact lenses, which she had forgotten to take off. The prolonged wearing of the contacts caused her cornea to wear off, but luckily, the tour manager bandaged her eyes which helped her from permanently losing her eyesight.

5. She has only been married once but regretted the decision 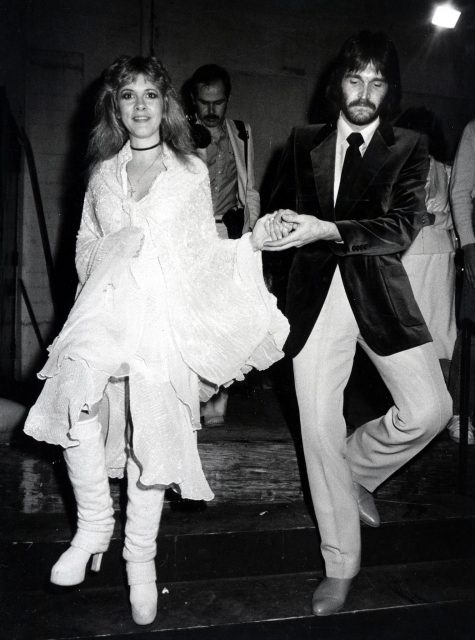 Stevie Nicks has been romantically linked to a number of different famous men, but has only been married once. In 1983, Nicks’ best friend died from leukemia two days after giving birth to a son. Remembering this time, Stevie has since recalled that she went “absolutely crazy when Robin died. The only thing I could think of to do was try to take the load off Kim [Anderson, Robin’s husband] by marrying him and helping raise their son.”

In 1983, Stevie Nicks’ married her best friend’s husband, Kim Anderson. However, their marriage was met with heavy disapproval and many of her friends refused to attend the wedding. The marriage between Stevie and Kim lasted less than a year, and she has since called it a “completely ridiculous thing to do.”

6. She has gone to rehab twice 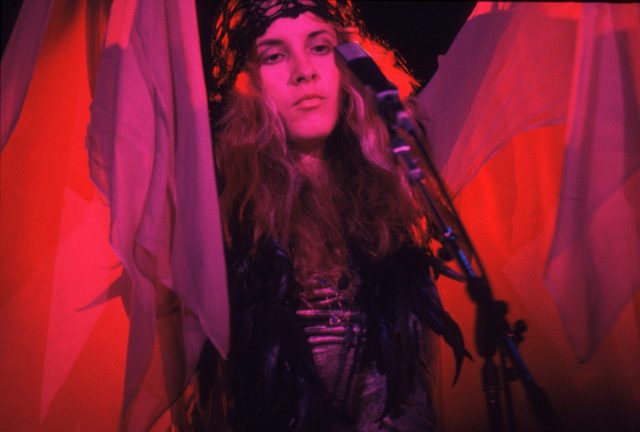 In recent years, Stevie Nicks has stated that everyone in Fleetwood Mac was an addict, “but there was a point where I was the worst….” Nicks, who went on a solo tour in 1986, decided to check herself into the Betty Ford rehab clinic at the end of her tour for her problem. By this time, she had spent over one million dollars on her habit, had a hole the size of a dime in her nose, and was constantly being warned by doctors that her health was rapidly declining.

When she left rehab for the first time, she was prescribed a tranquilizer called clonazepam (sold as Klonopin) to help her sleep. The drug, which was marketed as a “take as needed drug” lulled Nicks into a state of dependency for an eight-year period. She recalls this as “a total non-time. I just existed. It took away all my wonderful drama, my tempestuousness, my compassion, my empathy.” However, after her years of dependence on the tranquilizer, she entered another rehab program and fully detoxed in 1993.

7. Her grandfather taught her to sing 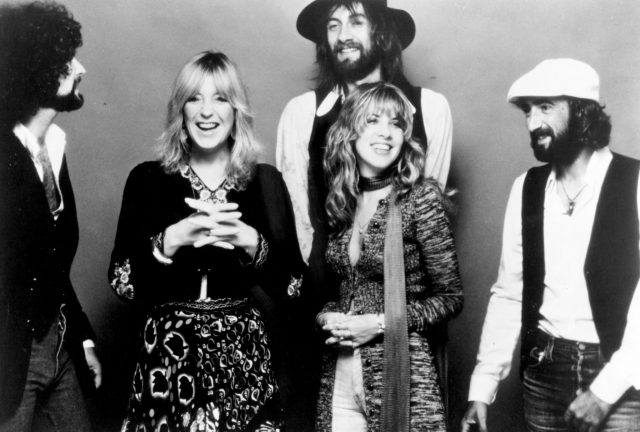 Stevie Nicks has been performing since the age of five. Her grandfather A.J. Nicks was a country singer in and around Phoenix, Arizona. He made Stevie her own guitar and taught her sections of different country songs. Stevie would often join her grandfather onstage during his performances, wearing cowgirl outfits to sing duets with him.

8. She wrote Landslide at a young age 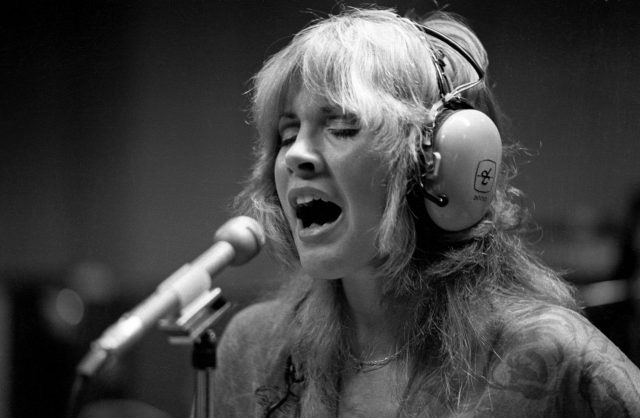 One of Fleetwood Mac’s most well-known songs is the hit Landslide, which was featured on their 1975 album Fleetwood Mac. The song, which was written by Stevie Nicks, primarily focuses on growing up. In fact, Nicks wrote it at a time in her life when she was contemplating going back to school or pursuing music professionally with Lindsey Buckingham. Since then, the song has been covered by a number of different bands, including Smashing Pumpkins, the Chicks, and was featured in a Glee episode.

9. People thought she was a witch 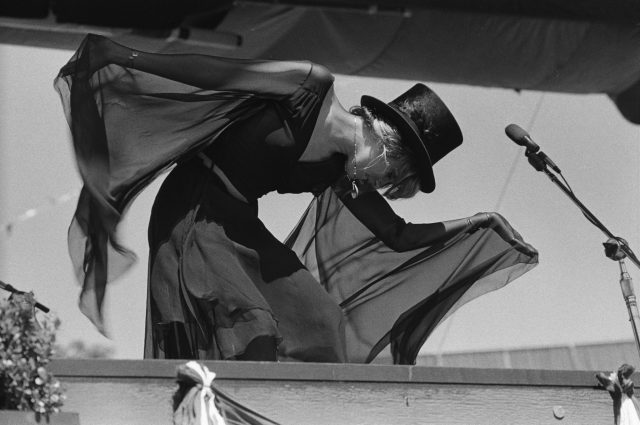 During her rise to fame and stardom, Stevie Nicks was constantly plagued by rumors about her being a witch or practicing mystical arts. It didn’t help that Fleetwood Mac’s 1976 song Rhiannon was thought to be based on a witch. Nick’s style also is distinctively “witchy,” as she often wears flowing dresses and shawls while she spins around on stage.

More from us: Fleetwood Mac’s Early Guitarist went out for Groceries…and Never Came Back

These rumors gained so much traction during the ’70s, ’80s, and ’90s that Nicks at one point thought her life to be in danger. As a result, she attempted to change her appearance and shake off the association with witches. However, in 2013, Nicks appeared on the third installment of the American Horror Story television series as a witch, a role which she reprised in 2018.

« U.S. Hurricanes That Stormed Their Way Into History
Illuminating Facts About Thomas Edison »