Bill Murray is a Hollywood comedy legend. The Illinois native’s career spans nearly five decades and includes such successes as Groundhog Day, Ghostbusters, Kingpin, and Stripes. Here are 10 facts you might not have known about him, including the time he once almost drowned at the hands of Hunter S. Thompson.

Bill Murray got his start in improv alongside his brother, Brian Doyle-Murray, in Chicago’s Second City improvisational comedy troupe. While you’d assume scripted acting in Hollywood wouldn’t require him to utilize these skills all too often, you’d be wrong.

According to those who’ve worked with Murray, he frequently improvises his lines. The majority of the time, he’ll take a look at the script, get the gist of the story, and go from there. However, unlike other roles, he was forced to improvise his role as Carl Spackler in Caddyshack for a unique reason: no lines were written for him. 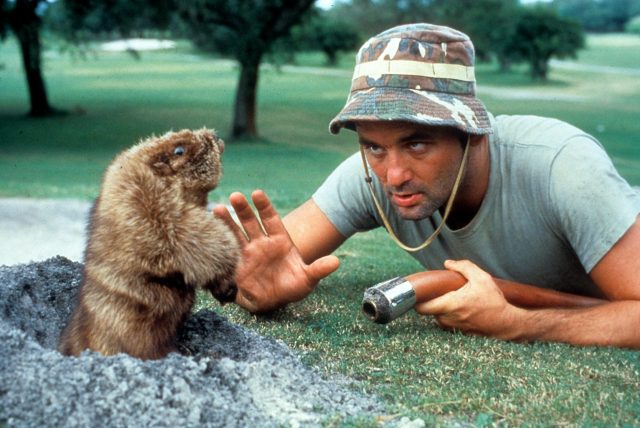 Murray’s appearance in the film was meant to be a quick cameo, but director Harold Ramis found his acting so hilarious that he decided to keep him on set longer. Over six days, Murray ad-libbed his lines, including his famous Dalai Lama speech. It soon became one of the most memorable in cinema history, and was eventually added to the American Film Institute’s list of greatest movie quotes of all time.

He was a favored guest of David Letterman

Appearing on talk shows is part of the job for celebrities looking to promote new projects. Bill Murray is no exception. Over his years in the business, he took a particular liking to one host in particular: David Letterman. 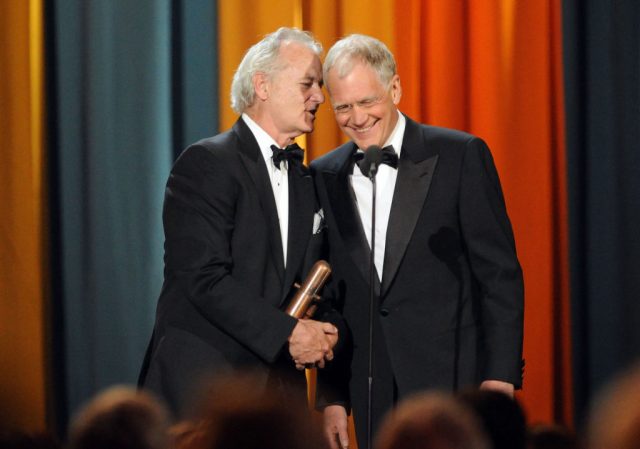 Groundhog Day may be one of Bill Murray and Harold Ramis’ best-known films, but it ended their friendship. The pair had developed a strong relationship with their frequent collaborations, but Groundhog Day put an end to all of that. 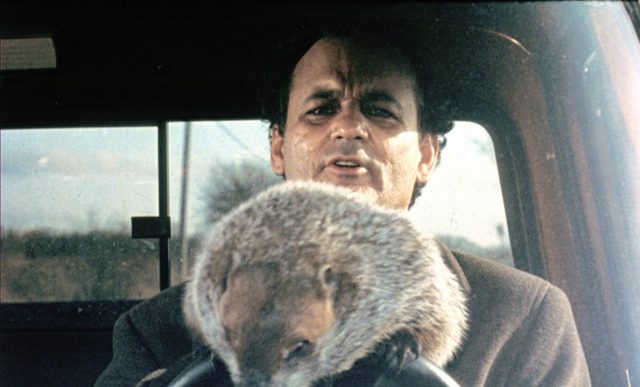 According to reports, the pair continuously butted heads over the direction and tone of the movie. In fact, things were so tense that Ramis once grabbed Murray’s collar and threw him against a wall. They became embroiled in a nearly 20-year feud, which they put to rest shortly before Ramis’ death in February 2014.

Sometimes the joke just doesn’t land, as Bill Murray learned on his 20th birthday. For some reason, he was trying to smuggle four and a half kilograms of marijuana through Chicago‘s O’Hare Airport. He might have succeeded, if not for his need to crack jokes. 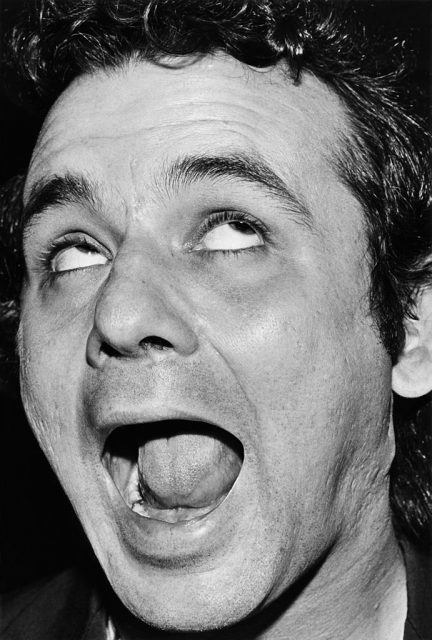 While on the plane, he thought it would be a good idea to make a joke about his scheme to the person sitting beside him. Unfortunately, they didn’t understand and ratted him out. He was convicted and received probation.

The 1980 comedy film Where the Buffalo Roam is loosely based on the rise of American journalist Hunter S. Thompson. Bill Murray played the starring role. He and Thompson became incredibly close during filming, going so far as to frequently try to one-up each other. 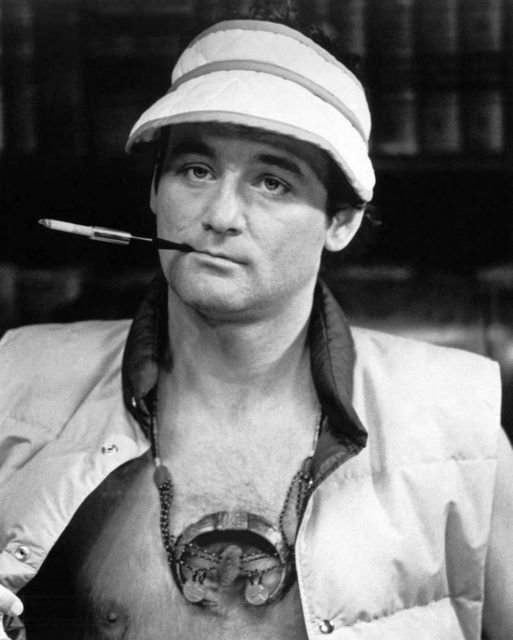 One of these attempts almost resulted in Murray’s death. According to legend, the pair were drinking at Thompson’s home in Colorado when they began arguing about who could “out-Houdini” the other. To prove he was better, Murray allowed Thompson to tie him to a chair and throw him in the swimming pool.

Unfortunately, Murray was unable to free himself from his restraints. He was close to drowning when Thompson realized something was wrong and jumped in to rescue him.

Look at those bowling skills

Not only is Bill Murray an improv pro, he’s also got some serious skills when it comes to bowling. In 1996’s Kingpin, Murray’s character, Ernie McCracken, bowls three strikes in a row, a move known as a “turkey.” It’s incredibly hard to achieve, so you wouldn’t be faulted for thinking the scene took numerous takes. 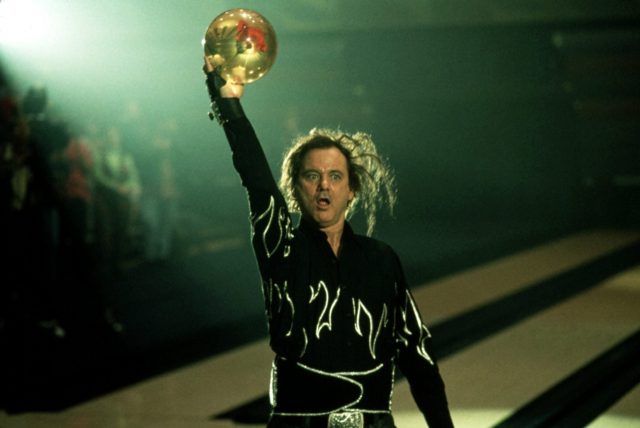 Much to the surprise of audiences, extras, and Murray himself, he pulled off the three strikes in one go. His reaction and that of the crowd are completely genuine – you can’t get more real than that!

Bill Murray is known for feuding with his co-stars, but their disagreements rarely turn physical. However, punches were almost thrown while he was working on Charlie’s Angels with Lucy Liu.

According to reports, the pair weren’t fond of each other, and their ill feelings resulted in Murray insulting Liu’s acting abilities. Things escalated and bystanders had to intervene. 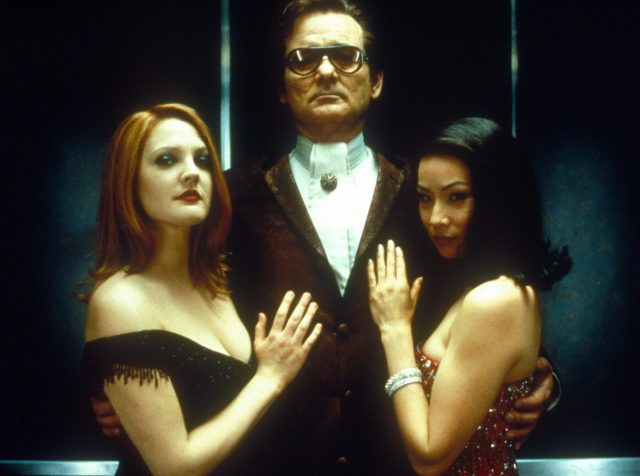 The actual story, according to Murray, is much different. “We began rehearsing this scene and I said, ‘Lucy, how can you want to say these lines? These are so crazy,'” he recalled. “She got furious with me because she thought it was a personal assault, but the reality is she hated these lines as much as I did. But for 15 or 20 minutes, we went to our separate corners and threw hand grenades and sky rockets at each other.”

Turns out, the entire situation was thrown out of proportion, and the pair have since reconciled.

Bill Murray is a fan of the sports teams that call Chicago home, but the sport that’s near and dear to his heart is baseball. He played little league when he was younger, and the passion has stayed with him well into adulthood. 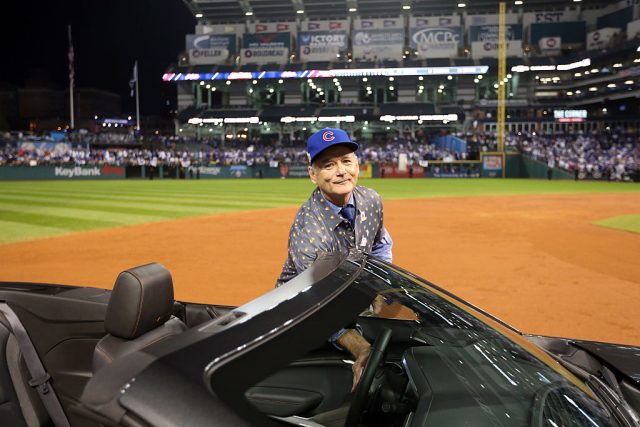 At present, Murray is part-owner of four Minor League baseball teams – the St. Paul Saints, the Hudson Valley Renegades, the Charleston RiverDogs, and the Brockton Rox – and has invested in five other minor league teams. In 2012, he was inducted into the South Atlantic League Hall of Fame for his work.

You wouldn’t be wrong to think that Bill Murray’s voiceover role as Garfield in the mid-2000s series was an unusual role choice. His appearance in the movie came as a total surprise to him, thanks to his propensity to not read scripts.

When he first came upon the script, he saw the name “Joel Cohen” and mistakenly took him to be Joel Coen of the Coen brothers, best known for The Big Lebowski and Fargo. He signed up to star in the film without reading any further, and only realized he was starring in a children’s film when he went to record his voiceover. 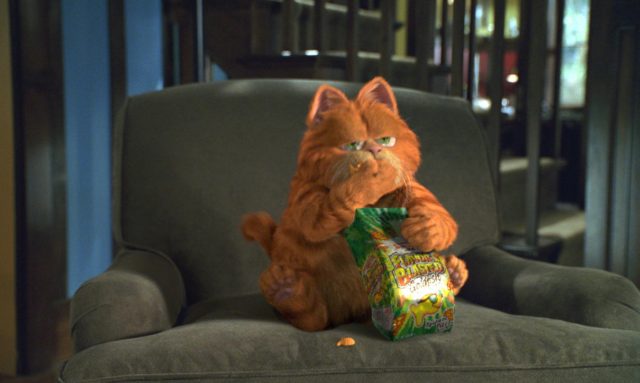 Turns out, the writer was actually Joel Cohen, the mind behind Toy Story and Cheaper By The Dozen.

The majority of us can relate to struggles with mental health. Bill Murray is no exception. As he recounted in 2014, he once was so depressed he contemplated ending his life – that is, until he was saved by a visit to the Art Institute of Chicago. 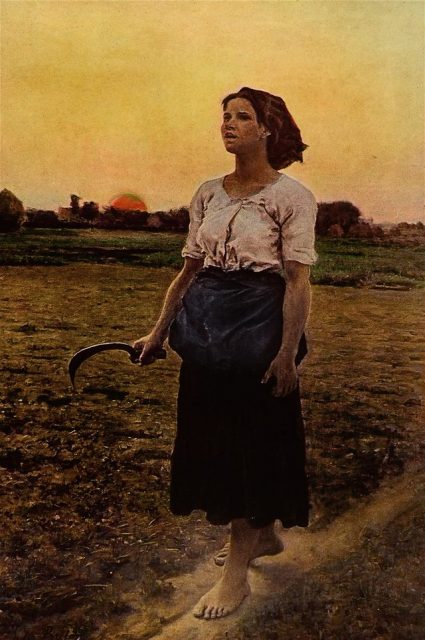 He decided he was going to take his life by jumping into Lake Michigan. On the way, he stopped in front of the Art Institute of Chicago. He walked in and came upon “The Song of the Lark,” an 1884 painting by French artist Jules Adolphe Breton. According to Murray, that moment completely changed his outlook.

“I’ve always loved that painting,” he said. “I saw it that day and I just thought, ‘Well, there’s a girl who doesn’t have a lot of prospects, but the sun is coming up anyway, and she’s got another chance at it.’ So I think that gave me some sort of feeling that I, too, am a person and get another chance every day the sun comes up.”