These Historic Homes Were Built Out Of Spite

We could never be so petty! Have you ever had an argument with a neighbor where you believe the best way to solve a conflict was to build a house out of retaliation? We haven’t either, but surprisingly, it’s more common than we thought. Here are a few examples of people throughout history who built homes out of spite toward their neighbors. 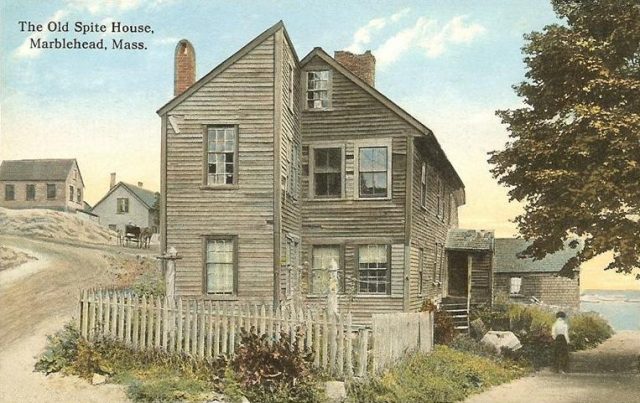 The first “spite house” on our list is literally called the Old Spite House. The spite house was built in the early 1700s, and is located in Marblehead, Massachusetts. It is thought to be the first spite house in The United States, but exactly why it went up is still a topic of debate.

According to local legend, this spite house was a result of brotherly ill will. A pair of brothers were in an argument over land, and one decided to build his home despite his brother’s protests. This stately, wooden home boasted views of Salem Sound. However, according to legend, in 1716, Thomas Wood constructed a home that was nearly almost ten feet wide to block his brother’s view of the Sound. 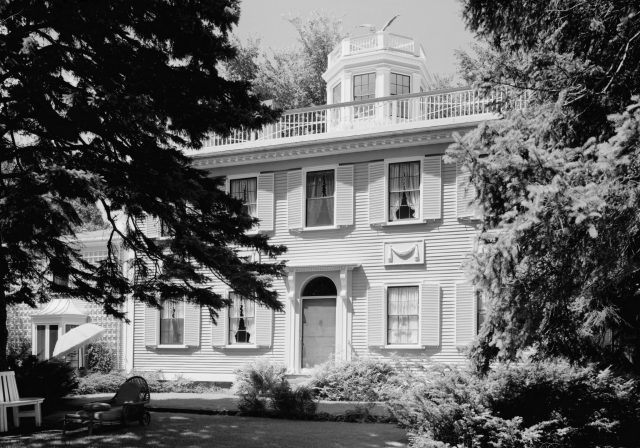 The McCobb Spite House was a result of a mother-son feud. This home was built in 1806 by Thomas McCobb, in Phippsburg, Maine. McCobb believed that his mother had plotted to deprive him of his inheritance, so to spite her, he built this house to overshadow her own residence. Years later, a man from Philadelphia discovered the mansion and arranged for it to be moved to Rockport, Maine. 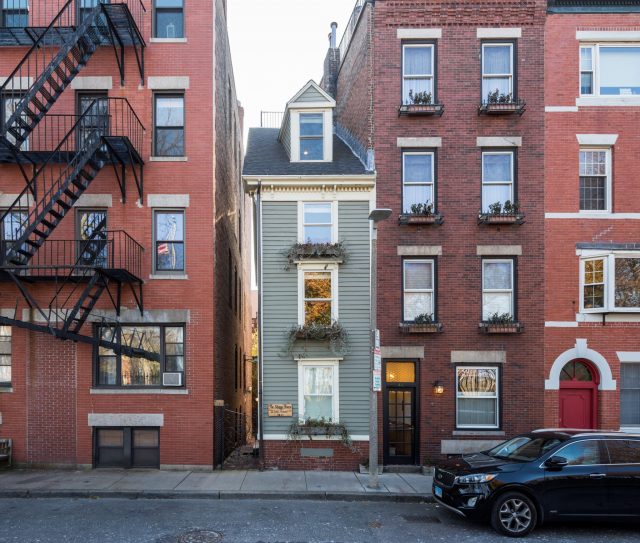 The Skinny House in Boston is another example of a brotherly feud that led to the creation of a spite house. The Skinny House is a four-story, ten-foot-wide, 30-foot long structure tucked between two brick buildings in Boston’s North End.

According to legend, two brothers inherited land from their father shortly before the start of the Civil War. One brother went away to serve in the War, while the other brother stayed in Boston and built a large home. When the brother returned home from the Civil War, he found that he had little more than an alleyway left for his share of the land inheritance. So, when he returned, the soldier built this narrow house to ruin his brother’s view and cut off air and breezes to the larger home.

Interestingly enough, the Skinny House is currently up for sale. This four-story home could be yours for only $1.2 million! 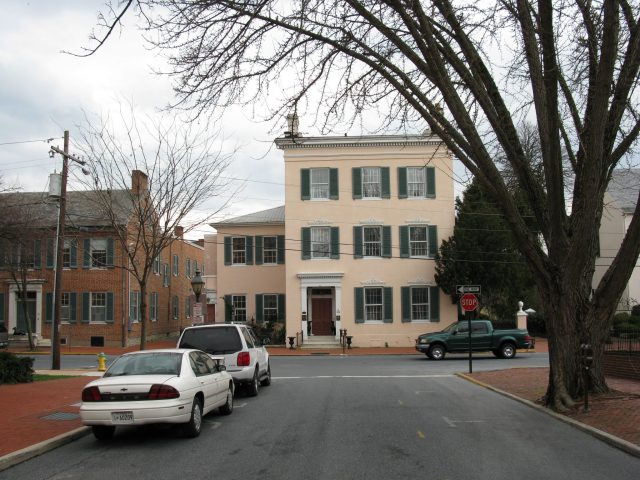 The Tyler Spite Home originated in 1814, after ophthalmologist Dr. John Tyler heard that a road was going to be built through his property. During this time, there was a local law that stated that roads could not be built where buildings were being constructed. Dr. Tyler quickly ordered that a foundation be poured for his mansion to prevent a road from being built on his property. He never actually lived in the house but he would rent it out. 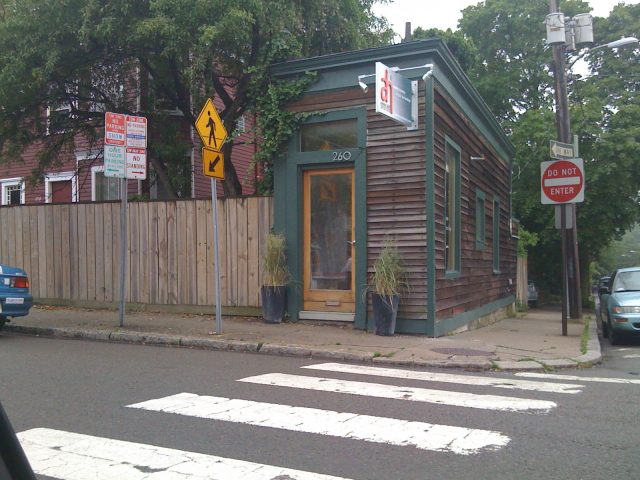 Massachusetts sure does seem to have a lot of spite houses. In 1908, a man named Francis O’Reilly owned an investment parcel of land, which he tried to sell to his neighbor. When the neighbor couldn’t be persuaded to buy it, O’Reilly constructed an 8-foot-wide home on the small plot of land. The O’Reilly Spite House is still standing and is now occupied by an interior decorating firm. 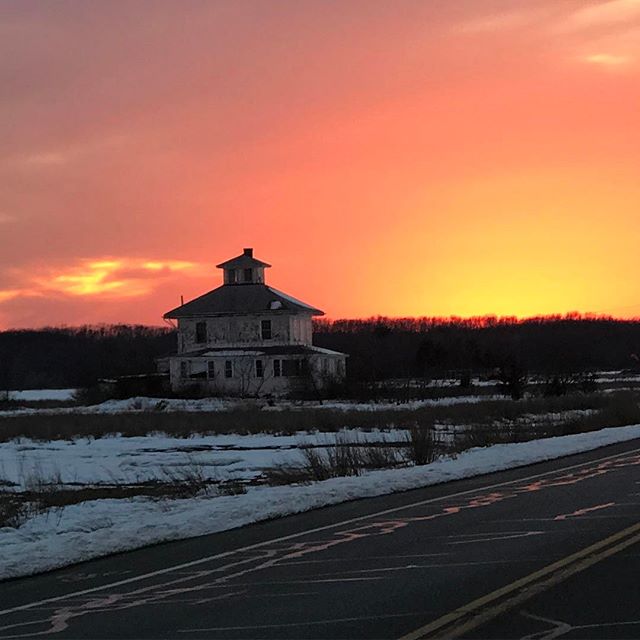 Although this house is painted pink to match the stunning sunsets that often color the sky, it has a sinister past. According to local legend, the now-abandoned home was originally built as a way for a divorced man to get the final say against his ex-wife.

As the legend goes, the house was built in the 1920s as a couple was finalizing their divorce. As part of the divorce agreement, the wife required her husband to build an exact replica of their family home for her. Unfortunately for the wife, there was a loophole in the agreement as she didn’t specify exactly where the house should be built. So, the husband built the home on top of an isolated salt marsh. The home was left uninhabitable because there was no access to fresh running water. 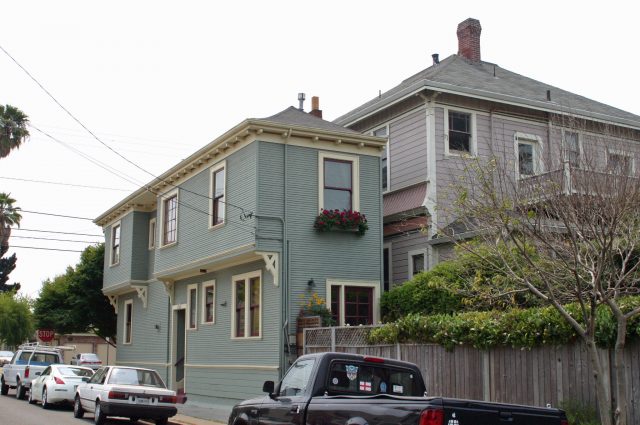 The Alameda Spite House can be found at the corner of Crist and Broadway streets in Alameda, California. We know that it was built in 1908 by a man named Charles Froling, but there are two prevailing theories on why exactly he built this spite house.

The first theory, and the most popular, suggests that the city of Alameda, California took a large chunk of Froling’s land to build a street. Although he had initially planned to build a home on this land, he decided to build a home to spite the city and unsympathetic neighbors. The second theory involves, yet again, a family feud, involving two brothers. 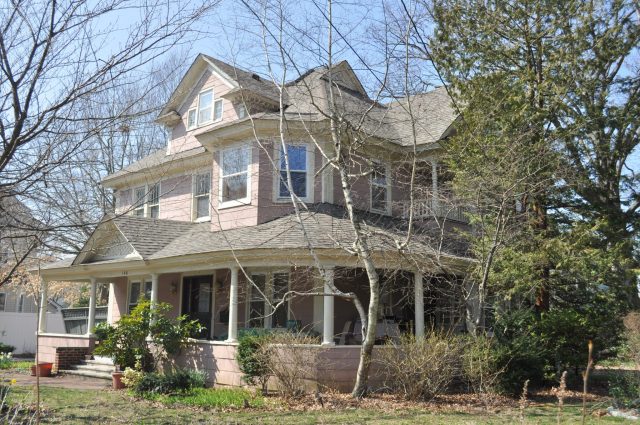 In the nineteenth century, Freeport, New York, was attempting to implement a grid system in the town. However, developer John Randall didn’t necessarily agree with, or want, a grid system in his town. So, to thwart the plan, he built a Victorian house on the triangular plot of land to spite grid designers. 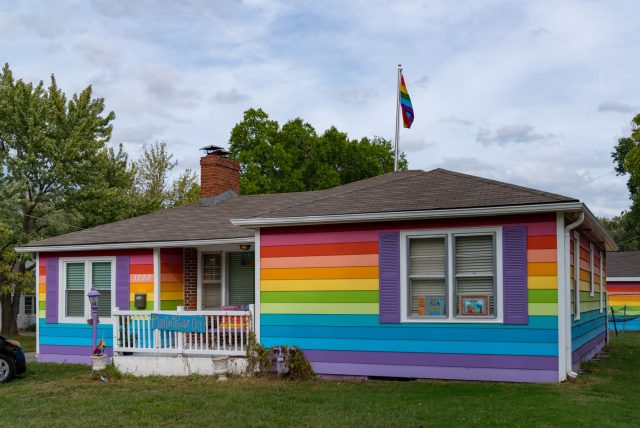 Spite houses are considerably rarer today than they were a century or two ago. This is partially due to modern building codes that often prevent the construction of houses likely to impinge on neighbors’ views or privacy. However, one modern-day example of a spite house is the Equality House located in Topeka, Kansas.

The Equality House is located right across the street from the Westboro Baptist Church, which is known for its anti-LGBTQ+ demonstrations. In October, 2012, a nonprofit group known as Planting Peace bought a home for sale right across from the church and painted the house the colors of the rainbow flag to show support for LGBTQ+ rights.