Some of the 20th century’s most memorable movie characters could have looked very different!

When the right actor is given the right role, they’ll be remembered forever, though it can take a while for a performer and their part to click. Even big names find themselves unemployed if a casting doesn’t work out. Here are 10 famous stars who were replaced in major big-screen roles. 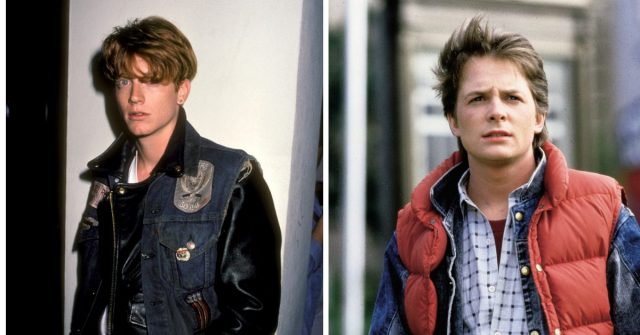 Back To The Future without Michael J. Fox? The consequences for the timeline would be disastrous!

Director Robert Zemeckis cast Eric Stoltz as the original time-hopping teen. Shortly afterward, Fox was in and Stoltz was out. It turned out the latter wasn’t bringing the right blend to the table.

“Eric is such a different actor and he could be very difficult,” Lea Thompson (Lorraine Baines-McFly) told Vulture in 2015. Referring to the times, she added: “All the young actors wanted to be like De Niro and Pacino.” She reportedly liked Stoltz personally, but agreed that a lighter touch was needed for Marty. 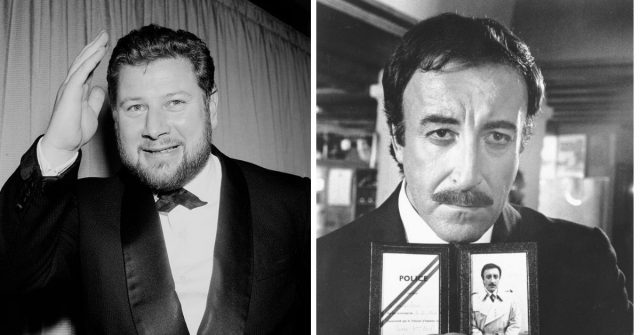 Did you know Peter Sellers wasn’t the first choice for Clouseau? Unbelievable as it may sound, director Blake Edwards picked another actor… the multi-talented Peter Ustinov.

After Ustinov decided to bow out, Sellers stepped in. He created one of the greatest characters in movie history. We can’t help but wonder what Ustinov’s version would have been like, though.

The following year, Ustinov earned an Oscar playing Topkapi’s Arthur Simpson. Who was originally wanted for that part…? One Peter Sellers! 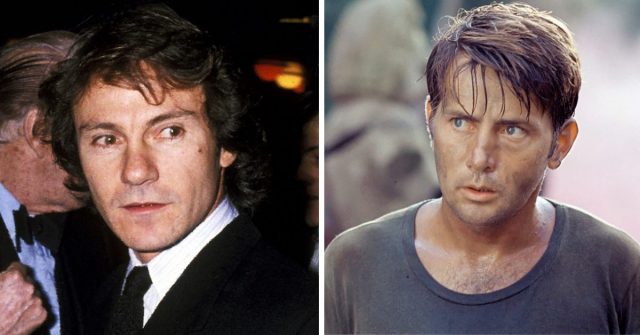 Unfortunately, Sheen wasn’t available. So he selected Harvey Keitel, who left after reportedly having a tough time shooting in the Philippines jungle. By then Martin Sheen was free to accept.

Keitel gave his own account to Insider this year. Disputing comments made by Coppola in the “making-of” book, he revealed he had in fact “spent three years in the United States Marines Corps in the jungle.” Misunderstandings aside, there doesn’t seem to be any bad blood between director and star.

As we’ll see later, Keitel won another high-profile role in a troubled production. 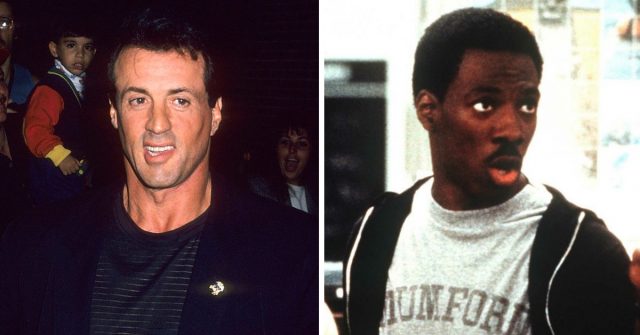 Before Eddie Murphy made the part his own, Beverly Hills Cop (directed by Martin Brest) was set to be a blockbuster Stallone vehicle.

The Rocky star, also a writer, took the screenplay in a tougher direction. Ultimately he dropped out, and Murphy put on Axel’s shoes with just weeks to spare. 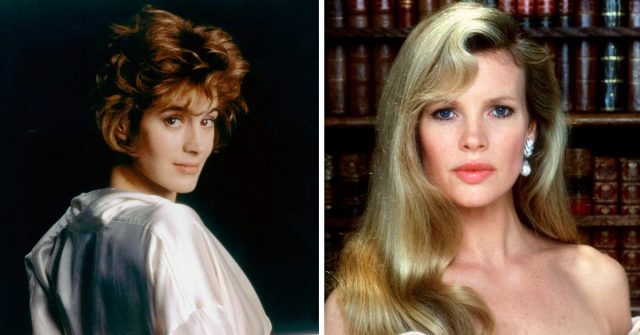 Not wanting to say goodbye to Gotham, the actress famously showed up for an impromptu Batman Returns (1992) audition. As she shared on The Joan Rivers Show, she wore a homemade Catwoman costume and allegedly spooked Burton.

“At that time, you were expected to behave in a certain way, and I wasn’t following the rules,” said Young. 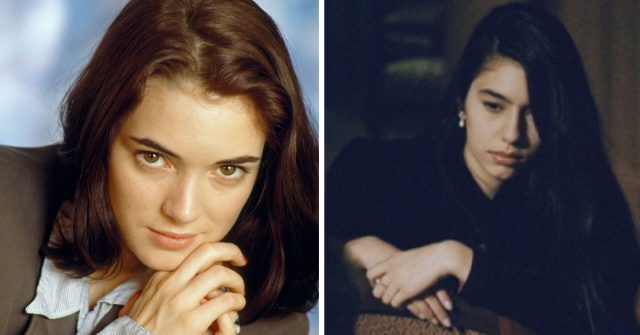 Critics weren’t very kind to Sofia Coppola when she played the role of Mafia daughter Mary Corleone in The Godfather Part III. However, director Francis Ford Coppola picked her after his original choice dropped out.

Winona Ryder was forced to withdraw following a nervous collapse. She made it to the shoot but departed soon after. Sofia Coppola, who read lines on set, stepped into the breach.

Co-star Andy Garcia (Vincent Corleone) met Ryder… almost. Speaking to Insider, he knew she was nearby and having some tests done: “I figured when she’s finished I’m sure they will bring her out to the set and I’ll meet her. ” This never happened. 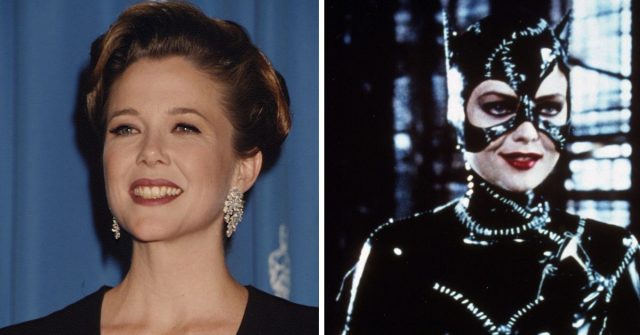 While Sean Young didn’t convince producers to cast her as Catwoman, another great actress was finally hired. Not Michelle Pfeiffer, but Annette Bening.

What happened…? Warren Beatty! He and partner Bening discovered they were expecting a child. Selina Kyle’s whip-cracking antics took a backseat and Pfeiffer was sewn into the infamous suit. 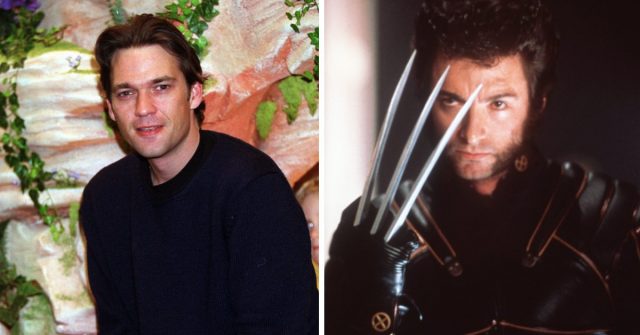 This comic book classic was released in 2000 but mostly shot during the previous year. It was definitely the 20th century when Dougray Scott learned he’d bagged the role of Logan/Wolverine!

Now, as we all know, there’s only one Wolverine and that’s Hugh Jackman. So how come Scott was out of the picture?

Blame Tom Cruise. Scott had been playing the villain in Mission: Impossible II. The shoot dragged on and on, but according to Scott something – or someone – was holding him back.

The new Wolverine wanted to flex his claws, but apparently, the Cruiser was having none of it. “He was a very powerful guy,” Scott told The Telegraph in 2020. “Other people were doing everything to make it work.”

Jackman entered the mix after being recommended by another possible Logan, Russell Crowe. 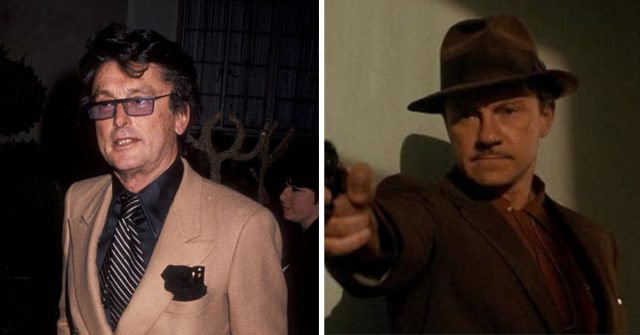 The Two Jakes is a 1990 sequel to seventies standout Chinatown. Wait, 1990? Doesn’t the heading read 1985? Well, you see there were actually two takes on The Two Jakes.

In the eighties, producer Robert Evans wanted to play the role eventually taken by Harvey Keitel. Jack Nicholson was in place as Jake Gittes, with writer Robert Towne directing.

What qualified Evans to appear onscreen? He was an actor, which was a start. But that didn’t impress Towne. “Robert said he thought Bobby was too nervous to play Jake Berman” said Nicholson, quoted by the Los Angeles Times in 1990, “and that he believed Bobby knew it.”

The movie was scrapped before being resurrected with Nicholson in the director’s chair. At one point Jack himself was in danger, with Harrison Ford approached for Gittes. Roy Scheider signed up as Berman at one point, before Keitel was hired. 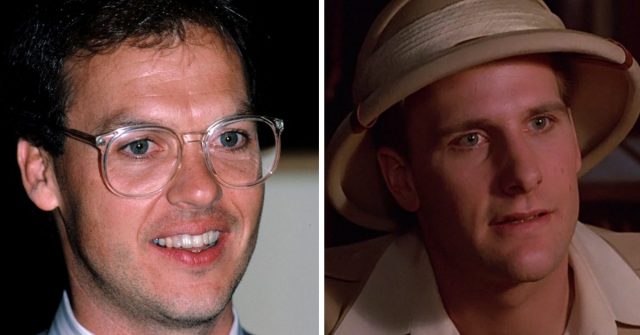 1930s Hollywood fantasy The Purple Rose of Cairo was written and directed by Woody Allen. In happier times, he cast Mia Farrow as Cecilia, an unhappy soul who spends her time at the movie theater.

She’s surprised when movie star Tom (Jeff Daniels) steps out of the screen to meet her. A weird love triangle develops between her, Tom, and the actor who plays him, Gil.

More from us: These Abandoned Movie Locations Take Tourists To Another Galaxy And Beyond

Daniels ably portrayed both roles. However, he replaced Michael Keaton, who’d been shooting for 10 days. Allen realized that Keaton, while great, wasn’t what he had in mind after all.