Gene Roddenberry’s Star Trek has become a phenomenon in the TV world. Even 55 years after its initial air date on September 8, 1966, the iconic series continues to inspire new TV programs and films.

Over the years, it has also inspired musical artists to create songs about the show. Notable cast members such as William Shatner and Leonard Nimoy have also performed their own musical numbers. The songs range from pretty decent to downright awful, but they all have their place in Star Trek history.

William Shatner might have made his name portraying Captain James Tiberius Kirk in the original series of Star Trek, but he also pursued a musical career and released eight albums.

Rather than singing, Shatner’s style is to speak the lyrics in a dramatic manner. His first album, The Transformed Man, interspersed his interpretation of songs like “Lucy in the Sky with Diamonds” and “Mr. Tambourine Man” with dramatic readings of Shakespeare.

Universal mockery of this album didn’t prevent Shatner from continuing his passion for music. In 1978, he hosted the 5th Saturn Awards and performed Elton John’s “Rocket Man” in his own unique style. The performance has been laughed at but also lovingly parodied.

Always someone who is happy to laugh at himself, Shatner provided the voice of Captain Kirk in an episode of the science-fiction cartoon Futurama in 2002. A short but memorable section of the episode involved Shatner giving a spoken-word rendition of “The Real Slim Shady” by Eminem. 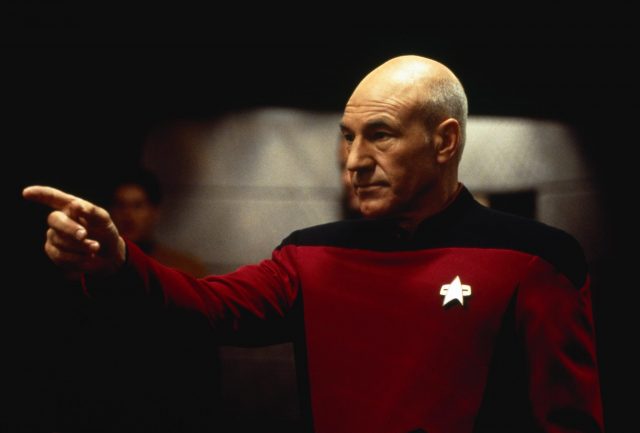 Sir Patrick Stewart is well-known for his tongue-in-cheek skits, and he is a stalwart of both stage and screen. But rarely do fans get a chance to see him mix the two together.

His rendition of “The Alphabet Song” is made even more perfect because he does it on the bridge of the Starship Enterprise in full Picard garb.

While this video has been shared across the internet, there seems to be no agreement on how it actually came about. Theories range from Stewart serenading Gene Roddenberry on set to the cheeky actor just playing around during takes. Whatever the motivation, this little video has caused many people to crack a smile.

“The Ballad of Bilbo Baggins” by Leonard Nimoy

Not to be outdone by his co-star Shatner, Leonard Nimoy also followed a musical career alongside his acting. However, Nimoy only released five albums compared to Shatner’s eight.

In 1968, Leonard included on his second album, Two Sides of Leonard Nimoy, a song that ended up going viral when it was rediscovered by the BBC for a 1996 documentary called Funk Me Up, Scotty.

Written by Charles Randolph Grean, “The Ballad of Bilbo Baggins” tells a musical version of the story told in J.R.R. Tolkien’s 1937 novel The Hobbit.

When required to appear on the Malibu U variety show in July 1967, Nimoy put together a little music video for the song. The footage was lost to obscurity until it was shown again by John Peel in the BBC2 documentary. After that, it’s been shared all over the internet and has become a fan favorite.

Many years later, in 2009, Nimoy treated fans to another, shorter but live rendition of the song at Fan Expo 2009 after giving them a little background as to how the song came to be born. The performance was caught on camera for everyone to enjoy. 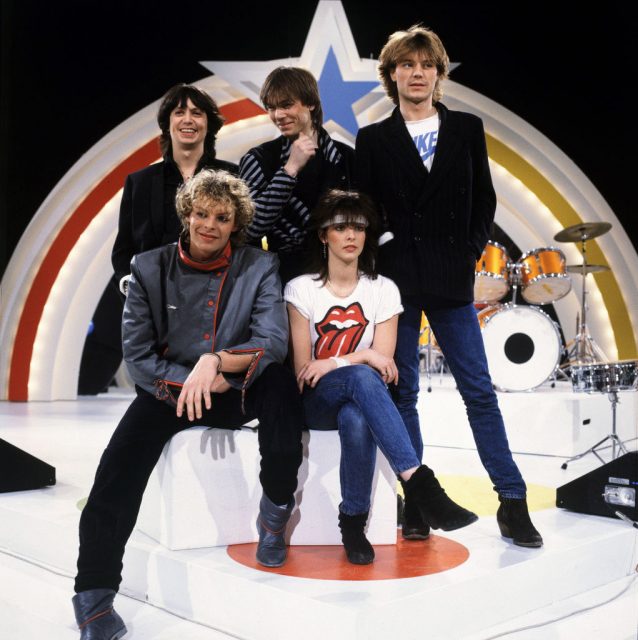 Many people had to wait until the German version of this song was translated into English before they could spot the Star Trek connection.

In the song, Nena buys 99 red balloons and releases them. They show up on the radar of various world powers who scramble to defend themselves from what they think are enemy contacts. Nuclear war is the result.

The lyrics are a poetic reference to the dreams of the German people after WWII. Captain Kirk makes an appearance with the words: “Everyone’s a superhero. Everyone’s a Captain Kirk,” referencing the fact that when the balloons appear on the radar, everyone races to be the first to intercept them.

“Star Trekkin’” by The Firm

At the top of any “inspired by” list is this 1987 hit created by a British novelty band. The performances are comedy renditions of the original characters. The voices were provided not only by the band, but also by a studio technician and the wife of one of the songwriters.

The lyrics are quite simple and repetitious, but include such gems as: “There’s Klingons on the starboard bow – scrape ‘em off, Jim!”

It’s a little-known fact that this song actually created one of the most repeated Star Trek phrases. “It’s life, Jim, but not as we know it” is a phrase from the song that was never actually spoken in the TV series. However, the lyric proved so popular and so in-keeping with the show that it is commonly misattributed to the TV program. 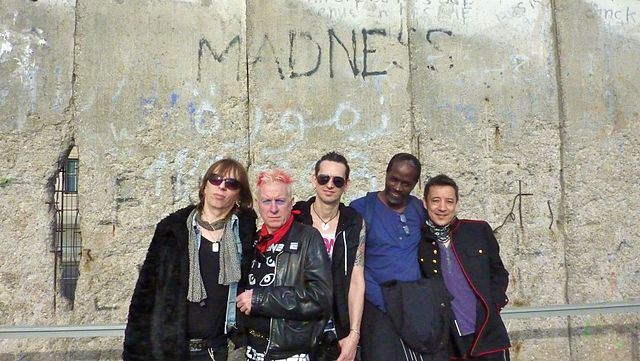 The Star Trek reference in this song is not only more obvious than that in “99 Red Balloons,” it’s right there in the title.

The song charts how the singer is suddenly beamed onboard the Starship Enterprise. He wanders about for a bit, meeting all the crew except for Kirk. By the end of the song, it becomes clear that he can’t find Captain Kirk because he is Captain Kirk.

This 1979 single stayed at number one on the UK Indie Chart for seven weeks. The band also did two follow-up songs: “Spock’s Missing” and “Five Year Mission (Featuring the Return of Spock).”

Austrian electronic dance band Edelweiss decided not only to make a song and music video heavily influenced by Star Trek, they also incorporated the main theme from the 1960s series.

They sampled Alexander Courage’s “Theme from Star Trek” and added some straightforward and repetitive lyrics to create a European hit.

“Ch-Check it Out” by the Beastie Boys 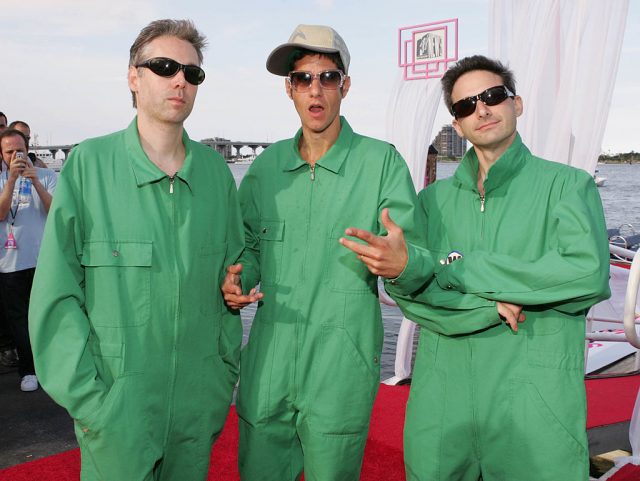 In a nod to the original Star Trek series, the music video accompanying this Beastie Boys single begins with the three of them dressed as Kirk, Spock, and McCoy beaming down onto Earth. A little later, the three of them get into a fight, drawing the attention of the police, before McCoy disintegrates the other two with a laser.

More from us: Lucille Ball is the Reason we have Star Trek

The Star Trek skit is only one among several in the video, which also includes boisterous, fish-throwing grannies. It shows how much effort went into the video that the song only lasts 3 minutes and 34 seconds, while the final 1 minute 34 seconds of the video is the credits of all those involved.

« Until Death Do Us Part? Golden Hollywood Stars With Multiple Marriages
These Abandoned Movie Locations Take Tourists To Another Galaxy And Beyond »