William Shatner boldly went and made a movie in Esperanto. The “constructed” or artificial language is what sets 1966’s Incubus apart from other horror flicks. That distinction aside, it’s reportedly a less than memorable watch.

A pre-Star Trek Shatner plays Marc, a soldier who gets mixed up in a village with a rather strange tourist attraction…namely, a magical well that cures disease and bestows good looks on the population.

The presence of a tempting succubus (Allyson Ames), and of course the incubus of the title (Milos Milos), means Shatner is in for a hell of a ride. Quite literally, as it turns out. With the film’s climax featuring (spoiler alert) an evil goat, the low-budget effort had the makings of a cult classic.

Why was it made in Esperanto? According to Quartz, producers wanted proceedings to have an unsettling quality. But the language wasn’t created to spook people. In fact, the idea behind Esperanto was to bring people together. 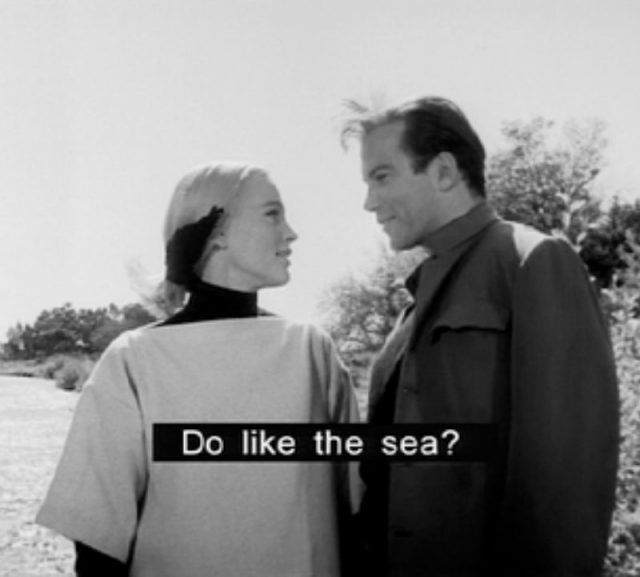 The English subtitles leave something to be desired. (Photo Credit: Contempo III Productions via Wikimedia Commons)

Esperanto was the 1887 creation of L.L. Zamenhof, an ophthalmologist from Poland who wanted to sidestep native tongues in favor of a universal alternative.

But why talk about the eminent Zamenhof, when you have the Captain of the USS Enterprise on hand to fill in the uninitiated? Speaking to NPR in 2012, William Shatner believed Esperanto contained “the roots of many, many of the existing languages.” He added, “Everybody could learn to speak it.”

In reference to Incubus, Shatner goes on to admit: “It didn’t quite work.”

The making of a cult horror movie like no other

Director Leslie Stevens is best known as the man behind the sci-fi anthology series The Outer Limits. He had a problem, though. The show got canceled, and he was looking for other projects. 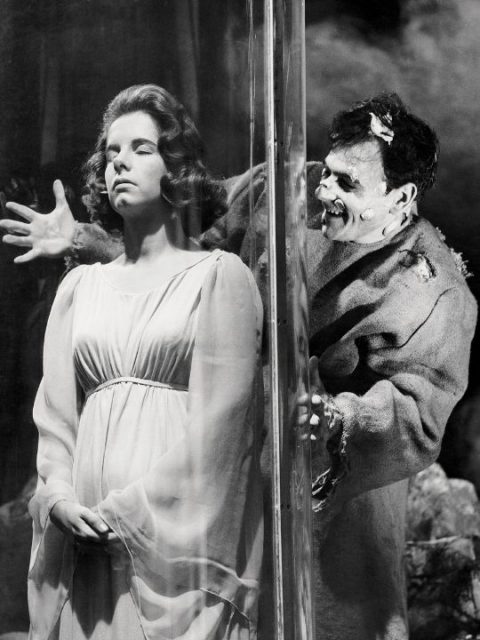 a promotional still for ‘A Feasibility Study’, an episode in the US TV science fiction series ‘The Outer Limits’, 1964. (Photo Credit: Silver Screen Collection/Getty Images)

Incubus was a screenplay written by Stevens as an art-house feature. Much like Hitchcock used the crew from his Alfred Hitchcock Presents series to film Psycho, so Stevens recruited his old Outer Limits buddies to shoot this film on time and on budget.

How long did it take William Shatner and fellow cast members to learn Esperanto? 10 days. Not that they mastered the language — far from it, in fact. They memorized their dialogue phonetically — in other words, they didn’t really know what they were saying.

Esperanto speakers didn’t appreciate the movie when it was finished. The pronunciation appeared to turn Incubus into something of a comedy. Everyone else was intrigued by the fresh approach.

The “curse” of Incubus

Distribution was a problem for Incubus. The Esperanto-fuelled action baffled some commercial types. Another factor was bad publicity. Not from the reviews, but in terms of what happened to key players.

Milos Milos went on to murder model Barbara Ann Thomason, AKA Carolyn Mitchell. The estranged wife of Mickey Rooney was reportedly shot by Milos, who then took his own life in the star’s bedroom. On an equally tragic note, actress Ann Atmar had died from suicide months earlier.

It makes you wonder whether the whole experience was worth it. Incubus almost vanished for good, had producer Anthony Taylor not managed to find a poorly kept print in France. 2001 saw the controversial film debut on DVD. Shatner recorded a commentary, presumably not in Esperanto.

The legacy of Esperanto onscreen

Unsurprisingly, only a handful of productions were made in Esperanto. Feature film Angoroj was released a couple of years before Incubus.

It wasn’t a success. Director Jacques-Louis Mahé reportedly destroyed his copies during a fit of depression. Ironically, William Shatner set about ridding the world of Incubus after learning of the curse, according to Quartz.

Incubus may be a cinematic footnote, but Esperanto lives on. “Today, it has only a handful of native speakers,” Quartz notes, “but 2 million people across more than 100 countries are believed to be fluent.”

More from us: 10 Times Futuristic Fashion Truly Reached For The Stars

The Verge mentions that Duolingo, a language-learning app, offers lessons in the obscure language, taking it into the 21st century.

William Shatner went on to greater things. This particular entry, however, failed to cling on.