Students with the University of North Florida have uncovered the remains of an Indigenous settlement dating back to the 1500s. The dig is part of the school’s The Sarabay Project, which aims to learn about the settlement and its interactions with Spanish and French explorers.

Sarabay was a Mocama-Timucua community located on Big Talbot Island, northeast of Jacksonville, Florida. One of the first Indigenous populations to come into contact with European explorers in the 1560s, they had known settlements across the coasts of northern Florida and southeastern Georgia. 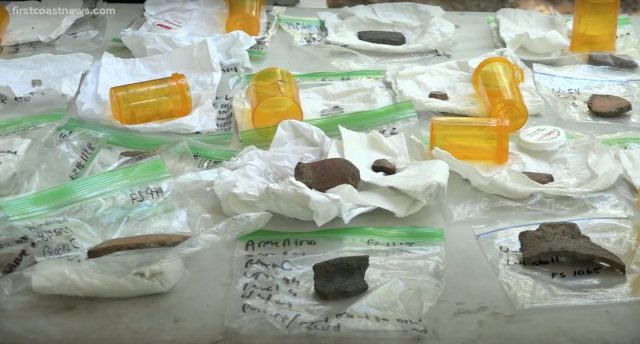 According to documentation from the Spanish and French, the village consisted of houses, public buildings, wood palisade walls and granaries. While the exact location was unknown for nearly 450 years, documents mentioned its location on an island north of the St. John’s River.

The aim is to locate and learn about the Indigenous settlement

The work being done by the University of North Florida expands on digs conducted in 1998, 1999, and 2020. It’s one of the most extensive in northeastern Florida history, with students mapping out and sifting through the Armenillo site since early May. 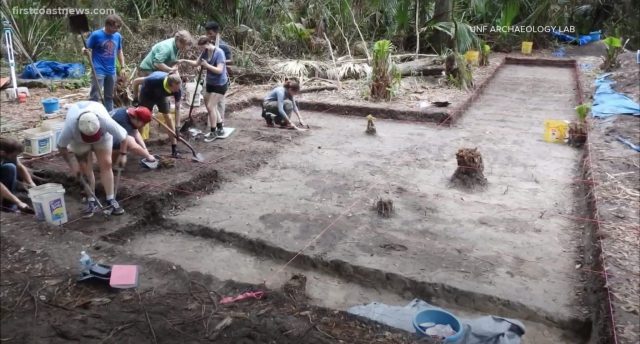 During the dig, which is set to continue until 2023, students will conduct several excavations on Big Talbot Island. The area has since been built up with residential properties, meaning the school had to gain permission from homeowners to dig on their property.

They hope to find activity areas, houses, artifacts, and other buildings associated with the village, with the aim of curating a better understanding of the Mocama-Timucua and their way of life.

The team, led by Archaeological Lab Director and Assistant Professor Dr. Keith Ashley, believe they have finally located Sarabay after uncovering a host of distinguishing artifacts.

The Indigenous pottery uncovered at the location, along with European artifacts and cartographic evidence, appears consistent with the late 16th/early 17th-century location. Over 50 pieces of pottery were found, some with signs of European influence, further cementing the conclusion that the village had been located. 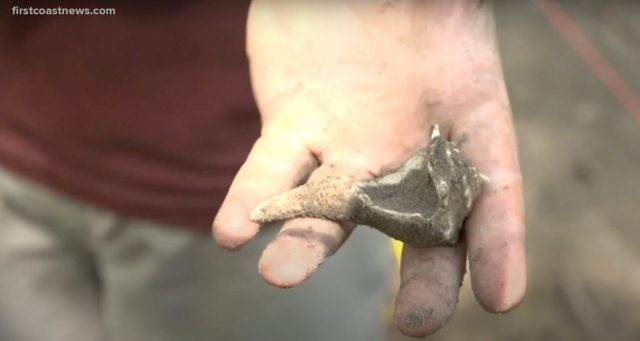 Along with pottery, students found various other artifacts indicative of village life, including bone, arrowheads, shells, and charcoal. Bits of charred corn cob have also been uncovered. While the hope is to find evidence of public architecture, they’re aware they’ll likely only find supplementary evidence, such as charcoal and stained soil, as structures were built of thatch and wood.

Evidence of other settlements uncovered

The site is also home to two other settlements, the first of which dates back to approximately 1,000 A.D. It’s located just north of Sarabay. Artifacts found at the site indicate it differed from the Mocama-Timucua. While the latter used the land to farm corn, the older settlement was made up of shellfish collectors and fishermen.

More from us: Canoe Found In Florida Is 1,000 Years Old And Nearly Fell Apart

The second site appears to be the remains of a 19th-century slave owner’s plantation. Students working about 100 yards away from the main site located nails, concrete, painted ceramic pottery, and part of an old tobacco pipe in the dirt. While not the focus of the excavation, these artifacts will be sent away for further examination.