Is there a more recognizable father and son in Hollywood than Kirk and Michael Douglas? They had a happy relationship by all accounts, though at times things weren’t so dimple. Sorry, simple.

Naturally, there have been tensions, like in any family. In fact, at times things went a little Cuckoo… 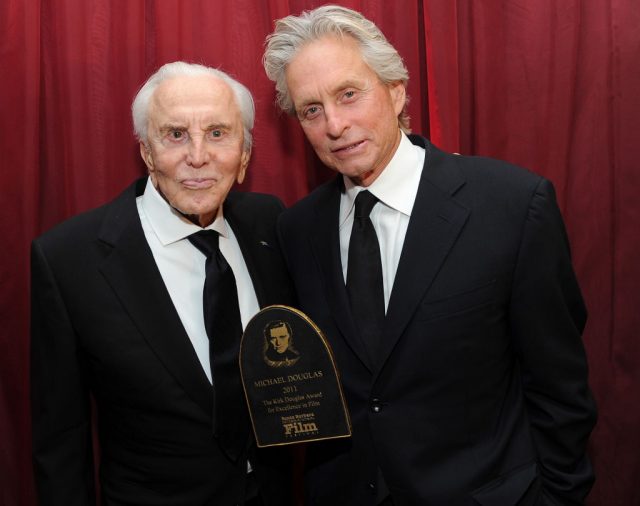 It wasn’t easy being the son of a famous actor. Come to think of it, it was no picnic raising a family in the limelight either. 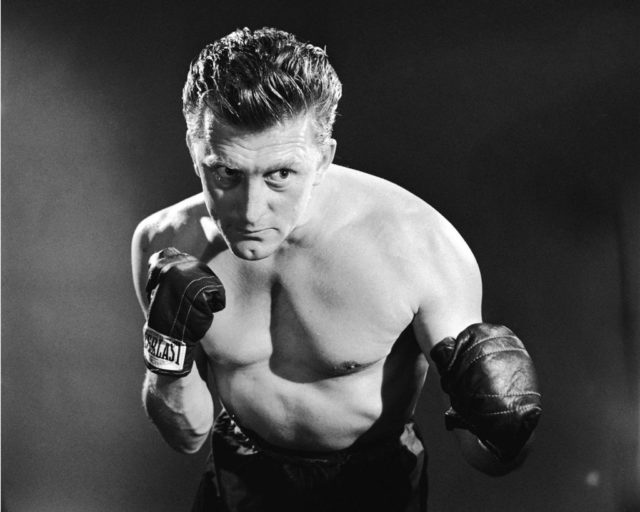 Kirk started life in poverty. Christened Issur Danielovitch in 1916, he suffered at the hands of his alcoholic father Herschel.

The shadow of his upbringing appears to have loomed large for Kirk, who was determined not to repeat these mistakes with his sons, including Michael. However, his strong work ethic took him away from home more often than not.

“Kirk was all-consumed, was overworked” Michael told the Associated Press. “Probably like myself at a certain time in my life”. 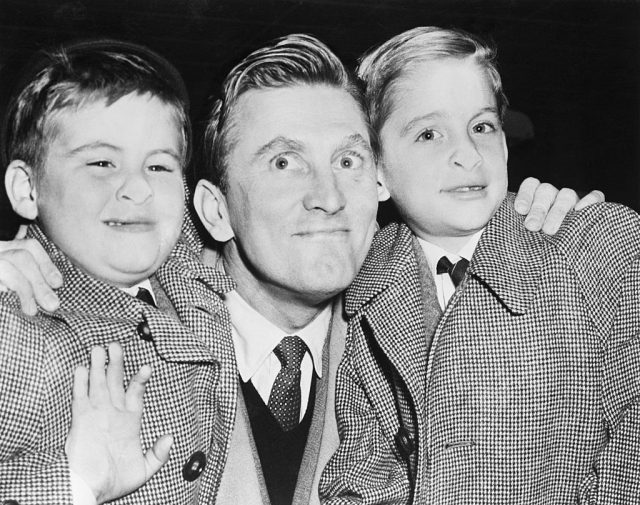 Joel Douglas, left, 6, and Michael Kirk, 9, right, make funny faces for the cameraman with noses pressed against the glass of the U.S. Customs office at Idlewild Airport. The boys, and their dad, Kirk Douglas, center, arrived today from Europe. Douglas is here for TV and Radio appearances in connection with the world premiere, Dec. 24, of his new starring film “Act of Love” (Photo Credit: Bettmann / Contributor)

To say there was pressure in living up to Kirk’s reputation is an understatement. Nevertheless, Michael began to make inroads into showbusiness. He was an actor in the detective series The Streets Of San Francisco (1972-77). And when an opportunity came to produce a movie, he took it.

One slight problem. He had to talk to Kirk about it first.

The project was One Flew Over The Cuckoo’s Nest. Originally a 1962 novel by Ken Kesey, it told the story of Randle McMurphy. This charismatic figure fakes mental illness so he can shelter in the relative safety of an institution. Along the way, he loses his mind. Kirk Douglas played the role of McMurphy in a stage adaptation on Broadway.

Speaking to Roger Ebert in 1969, he revealed that starring in an edgy production didn’t earn him any kudos in Tinseltown: “Van Heflin warned me. He said, They hate actors who’ve made it. They’ll kick you in the ass if they can.”

He figured it’d make a great movie and tried to get it into production. However, no studios would bite.

Then Michael wanted to give it a try. As quoted by The Guardian back in 2017, he believed Kesey’s book was “a brilliantly conceived story of one man against the system. I had never thought about producing, but told my dad: ”˜Let me run with this.’”

The making of One Flew Over The Cuckoo’s Nest (according to Kirk!) 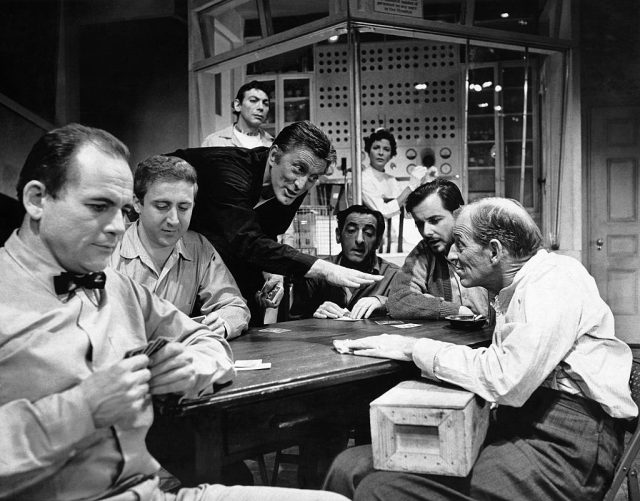 Kirk Douglas stars in the stage version of One Flew Over The Cuckoos Nest. Gene Wilder is the second from left. (Photo Credit: John Springer Collection/Corbis/Corbis via Getty Images)

Yet one flower in the garden seemed a little past its prime to Forman. He reportedly considered Kirk too old to take the title role. Michael respected his colleague’s artistic vision, and agreed.

You probably didn’t want to be in the room when Michael told Kirk what was happening. More hackles were raised when the movie went on to win numerous awards. Kirk reckoned Michael had brushed him aside. Michael stated he was only doing what Forman wanted.

The younger Douglas recalled his father’s aggravation in a discussion with Ben Mankiewicz in 2017. It appeared to be an issue, even decades later. “If he were here right now,” Michael said, “it’s the first thing he’d want to tell you.”

In 2020, Deadline noted: “while Kirk was pleased by his son’s success, the casting incident nonetheless put a strain on their relationship”. 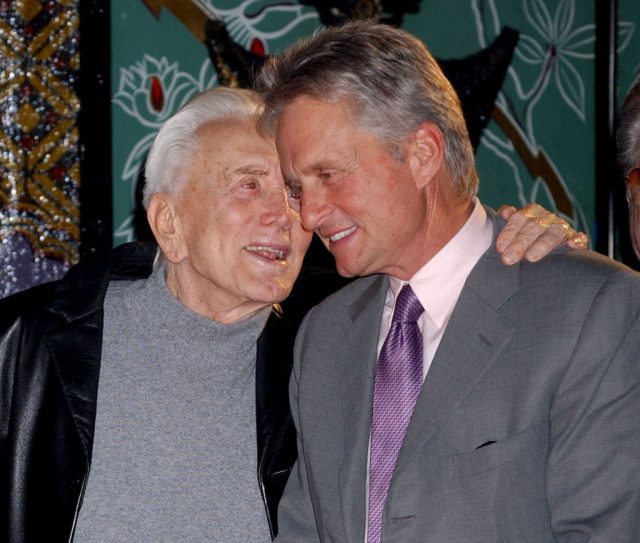 Kirk and Michael didn’t seem to have a bad relationship over the years, but rivalries and tensions existed.

Comparisons were often drawn between their womanizing ways. Kirk strayed from his wives Diana Dill (Michael’s mother) and Anne Buydens. Later, Michael would seek treatment for alcohol and drug abuse.

Health issues brought them closer together. In 1996 Kirk suffered a stroke that changed his life. Then in 2010, Michael was diagnosed with tongue cancer. Both made it through, and became stronger through adversity. Above all, they were there for each other.

Kirk Douglas passed away in 2020, aged 103. Paying tribute, Michael described him as “a legend” and “a humanitarian whose commitment to justice and the causes he believed in set a standard for all of us to aspire to.”

More from us: 10 Incredible Films that Made Kirk Douglas a Screen Legend

To many, Jack Nicholson is Randle McMurphy. But it wouldn’t have happened had Kirk Douglas not pursued Cuckoo’s Nest as a film in the first place. And of course, without Kirk’s guiding influence, Michael may not have become a producer at all.