Sneak A Peek At These Blinding Facts About ‘Peaky Blinders’

It’s the British crime drama that takes viewers worldwide into the dark heart of Birmingham in the early 20th century. Peaky Blinders made sure no one looks at old-school headgear the same way again.

What are the secrets of the Shelby family and their grim yet glorious backdrop? Read on to find out. 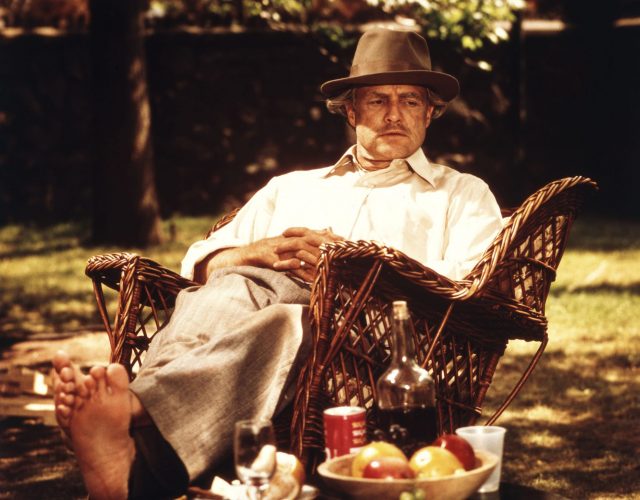 Marlon Brando and a bowl of fruit in The Godfather (Photo Credit: Paramount Pictures & MovieStillsDB)

It comes as no surprise to learn that Peaky Blinders takes its cue from another epic gangster saga, The Godfather.

These famously featured in scenes such as the death of Marlon Brando’s Don Corleone. 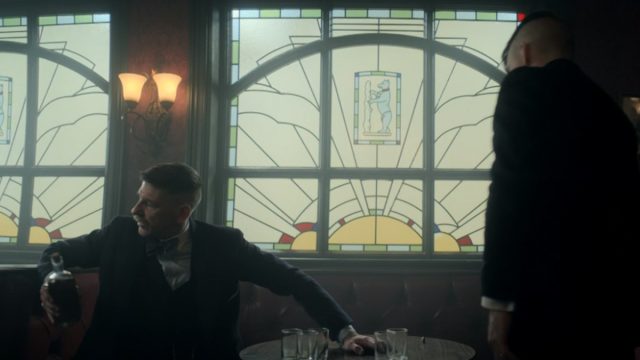 The show’s familiar watering hole is the Garrison Tavern. Like the characters, the establishment saw its fair share of scrapes. At one point it was blown up!

It came back, though the new building featured an eye-catching display. Stained glass reflecting the Warwickshire Yeomanry regiment had been installed. Cillian Murphy’s Tommy Shelby served in this regiment during the First World War.

Though it isn’t all doom and gloom. Jannah News highlights the emblem of a bear that “focuses on the rising sun and rays of hope, which is done to highlight a positive side of him as well.”

Osbourne to be bad 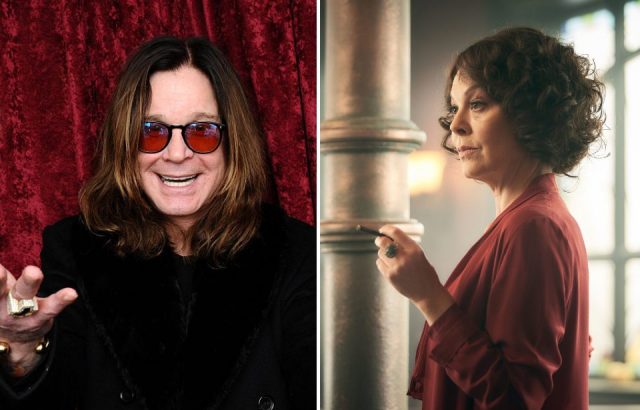 The late and much-missed Helen McCrory (1968 – 2021) played Aunt Polly. She’s one of Peaky Blinders’ most memorable characters. And her accent has a surprising source… Brummie rocker Ozzy Osbourne!

That’s according to certain reports, which state McCrory studied videos of Osbourne to find her voice for the series. However, these stories may have been overstated.

“They said I was channelling Ozzy Osbourne which, of course, is nonsense” the actress revealed during an ITV interview.

There’s certainly no harm in listening to Ozzy, one of the city’s favorite sons. The truth of the matter could be somewhere in the middle! 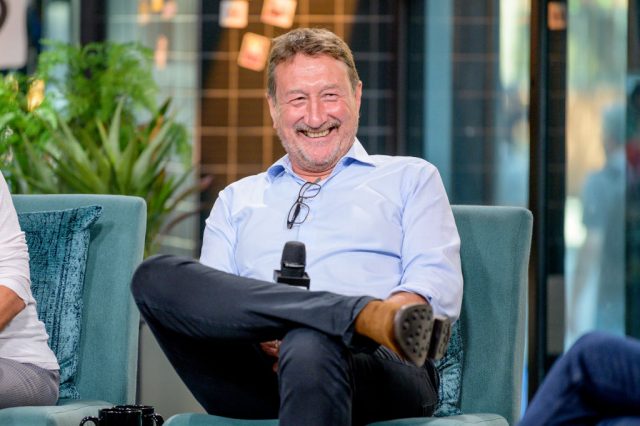 As various sources note, Peaky Blinders creator Steven Knight isn’t inspired by other TV dramas. At least, he tries not to be.

He apparently doesn’t watch the competition, in order to keep his vision for the show fresh. 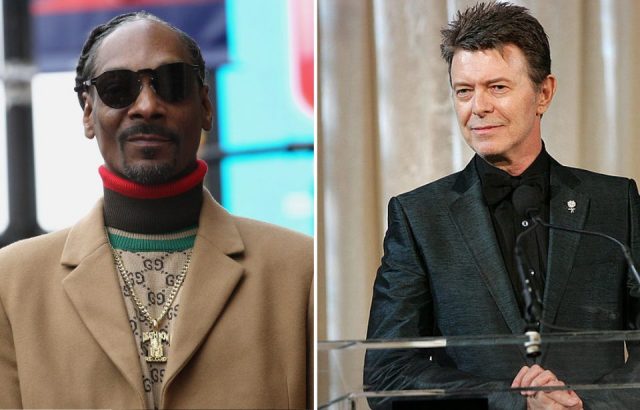 Steven Knight may avoid the small screen, but it’s clear that Peaky Blinders has an army of fans. Many are celebrities. Some are quite surprising. One time, Knight took a call from Snoop Dogg!

He went to meet the rapper at a hotel in London. Knight told The Independent: “We spent like three hours… just building joints and he’s talking about how the show reminds him of how he got into gang culture.”

Also, David Bowie loved the Shelbys. Though he sadly passed away before his music was featured on the soundtrack. 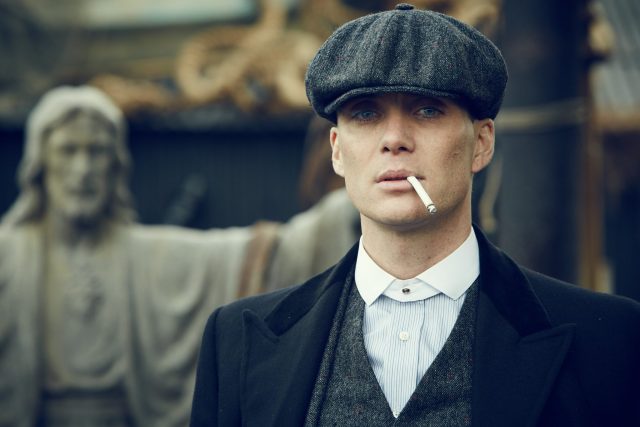 It’s safe to say that people had a different attitude to smoking back in the days of Peaky Blinders. Cillian Murphy has two options as ardent puffer Tommy Shelby – ruin his lungs with tobacco or use a kinder option.

He chose herbal cigarettes for a realistic but tar-free look. Murphy found out he smoked 3,000 per year during filming. 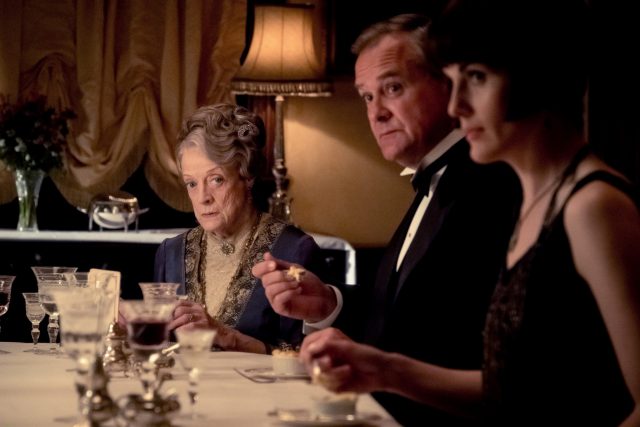 Peaky Blinders as the antidote to Downton Abbey? Well, color us amazed!

Yet the upstairs/downstairs-fuelled goings on at Downton did influence the show and its tone. Speaking to Digital Spy, producer Laurie Borg said that the other series was “brilliant for many reasons” but represented “the dullest television.”

Production designer Grant Montgomery commented: “This is much more gritty. It is darker. It’s not safe.”

You’re unlikely to see a pub get bombed over on Downton Abbey. Not that Peaky Blinders is totally wedded to the real world. Its romanticism of the period has certainly been referred to. 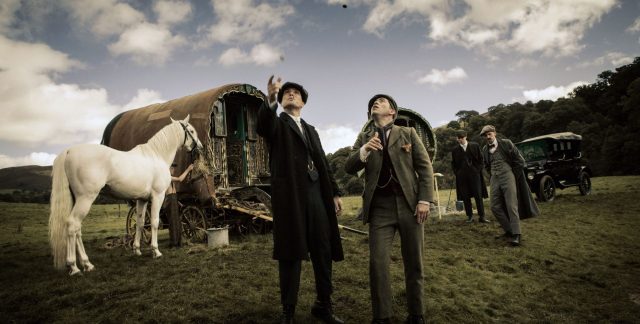 Screen Rant notes that Peaky Blinders doesn’t employ linguists. An interesting decision, bearing in mind the Shelbys’ Traveller community background. The site wrote that “the gypsy characters have been speaking in broken Romanian for the whole series as opposed to the actual language they speak, Romany.”

More from us: No Waste Management Required For These Facts About ”˜The Sopranos’

That isn’t the only creative decision that isn’t strictly accurate. Seems the Blinders didn’t conceal blades in their caps, owing to the expense!