The 8 Most Famous ‘Functioning Alcoholics’ in History

From the rituals of the Greeks and Egyptians to the formation of countries and culture, alcohol has lubricated the minds of some of our greatest thinkers.

Whether spearheading an empire or founding a cultural movement, some of our most famous drinkers have achieved monumental things despite having a fondness for the sauce.  While their achievements can be admired, their alcohol intake is probably not to be imitated. 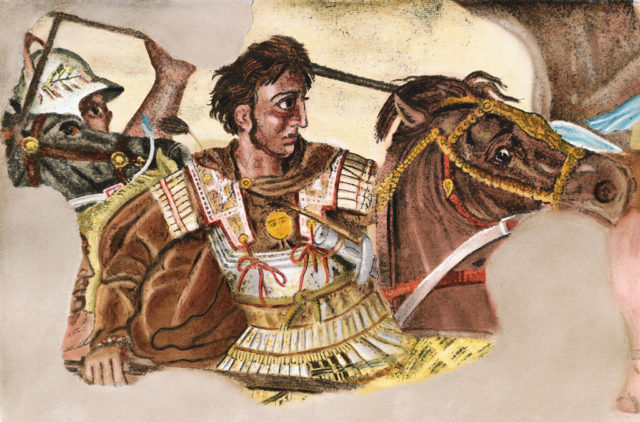 Alexander the Great fighting in the Battle of Issus, ca. 310 B.C., based on The Battle of Issus Roman Mosaic from the House of the Faun, Pompeii, Italy. (Photo Credit: Bettmann / Contributor) 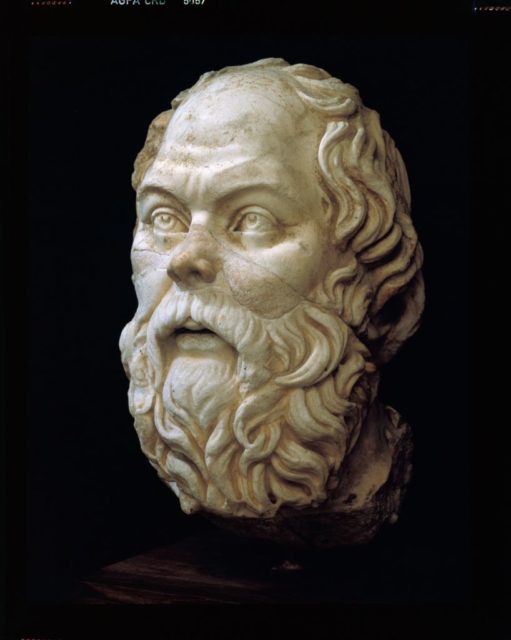 Being the father of western philosophy may not have happened if it hadn’t been for the Ancient Greek tradition of holding symposia. At a symposium, men would dine together and then drink into the night discussing the big ideas of the time.

Socrates was known to drink big but never appear drunk, holding court among his admirers including Aristotle. 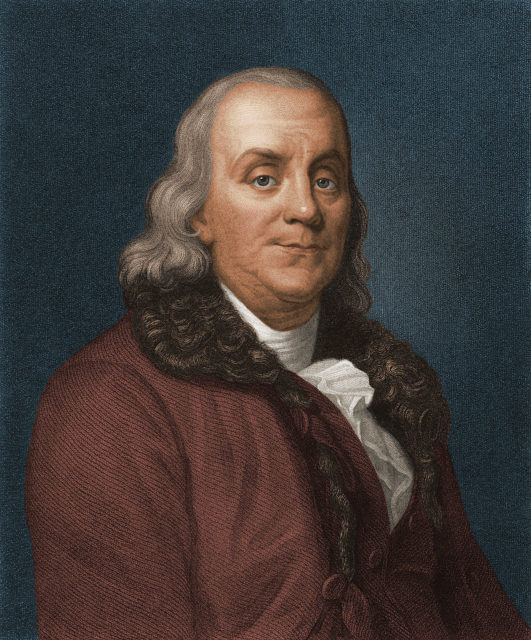 Fresh water during Benjamin Franklin’s time was so unsanitary that it was safer to drink fermented and distilled beverages.

The Founding Father seems to have enjoyed this more than others and is famously quoted as saying “Beer is living proof that God loves us and wants us to be happy.” 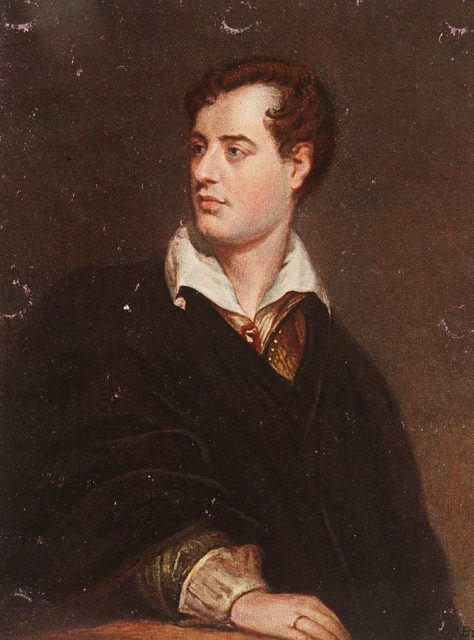 circa 1810: George Gordon Noel Byron, the 6th Baron Byron. An important figure in the Romantic movement of English poetry, he died in Greece whilst fighting in the Greek War of Independence. (Photo Credit: Hulton Archive/Getty Images)

One of the leading lights in the Romantic Movement and arguably one of the most influential English poets of all time, Lord Byron was known for spending big and partying hard.

He drank his libations from a skull-shaped cup and is known for writing “Man being reasonable must get drunk; The best of life is but intoxication.” One of his many mistresses, Lady Caroline Lamb, said of Byron that he was “mad, bad and dangerous to know.” 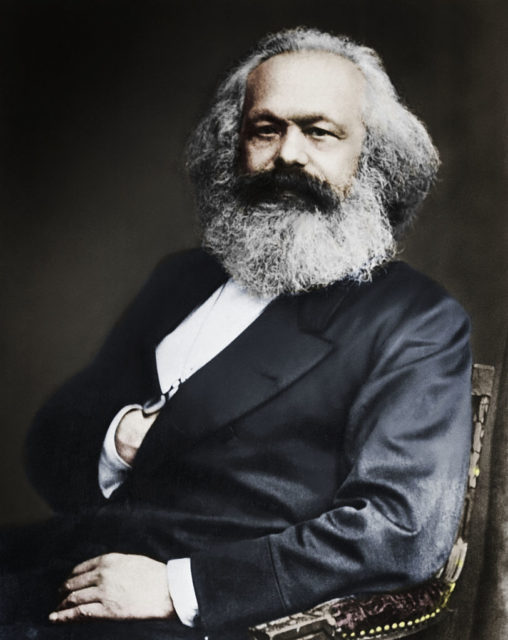 Karl Marx, the founder of Communism, and author of Das Kapital, and, along with coauthor Fredrich Engels, The Communist Manifesto (Photo Credit: Bettmann / Contributor)

The man who inspired the dictators everywhere was famous for excessive boozing. Along with his partner in thought, Friedrich Engels, the two drank their way across Europe and changed the course of political history along the way.

Marx and Engels met in 1844 and during ten beer-soaked days formed a lifelong partnership that resulted in the Communist Manifesto and Das Kapital. 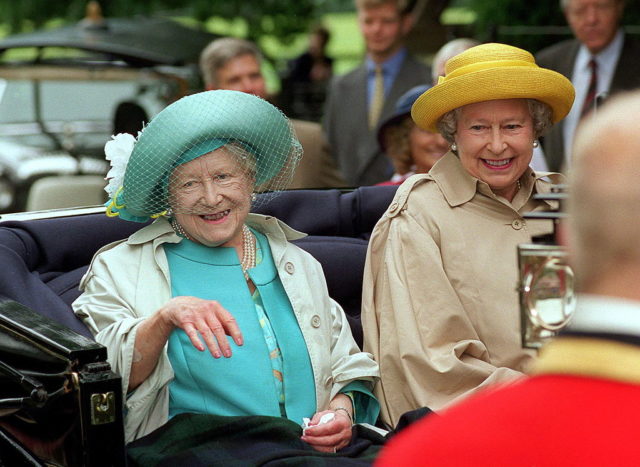 The Queen Mother With Her Daughter, The Queen, Leaving Travelling In An Open Carriage To Sandringham Church In Norfolk Just Before Her 98th Birthday. (Photo Credit: Tim Graham Photo Library via Getty Images)

A bastion of old English reserve and beloved matriarch of the Royal Family, the Queen Mother was known to start the day with a cocktail at noon and end with two glasses of Veuve Cliquot at dinner.

During the war, after refusing to leave London, she held court at Buckingham Palace, raiding the wine cellars and ensuring everyone maintained their high spirits. The Queen Mother, who lived to the age of 101, famously said that “I couldn’t get through all my engagements without a little something.” And her staff made sure there was always a bottle of gin in her carriage for between engagements. 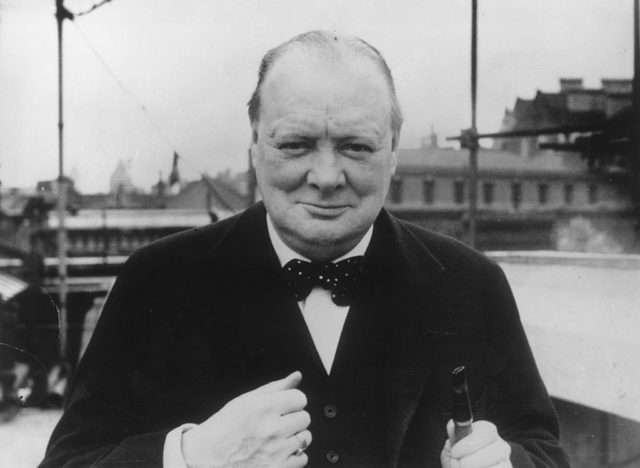 He would start the day with a Johnny Walker and water, a habit he picked up in India where the water was almost unpalatable, and would end the day with a few glasses of scotch, champagne, and a highball.

There is some debate among biographers about the breadth of Churchill’s drinking, but Churchill himself acknowledged that alcohol had a significant impact on his life when he famously said, “I have taken more out of alcohol than alcohol has taken out of me.”

While he was in Paris from 1886-88, Vincent Van Gogh drank copious amounts of wine and absinthe, which was his favorite. He even wrote to his brother Theo saying that he’d become “almost an alcoholic as a result of overdoing it.” 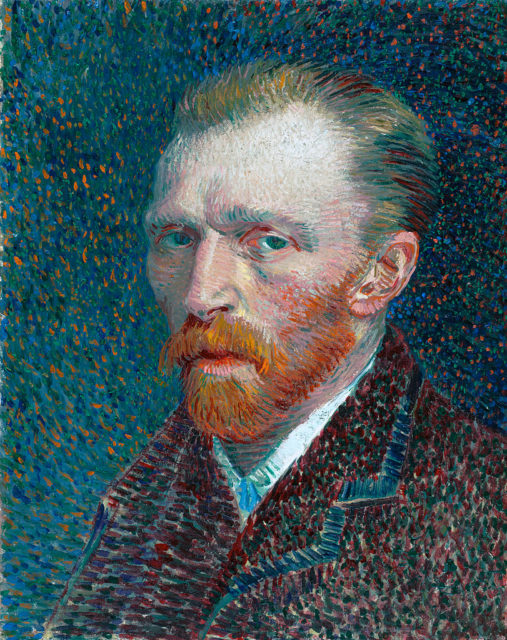 He became heavily dependent on alcohol and tried, unsuccessfully, to reduce his intake. Van Gogh featured his choice beverage in his famous painting Café Table With Absinthe.

Hemingway’s love affair with booze started as a young fifteen-year-old reporter in Kansas City and was kicked into overdrive when he went to Europe during World War One.

He proceeded to drink his way around the world and write books that captured the emotional heartache of a generation. 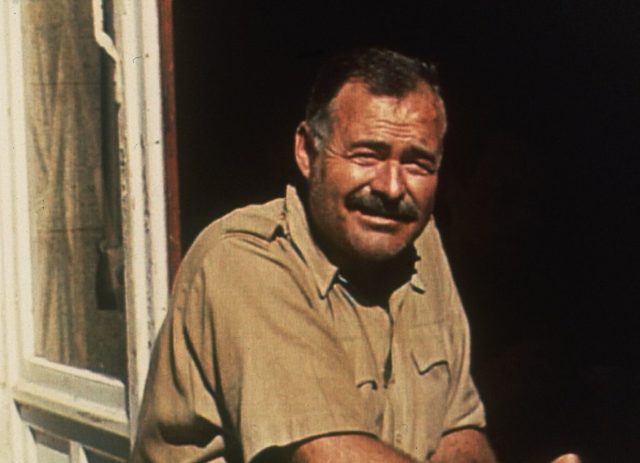 Having moved to Paris to escape prohibition, he took full advantage of the bars of Europe and famously shared wine with Fascist dictator Benito Mussolini. Of his drunken escapades Hemingway wrote, “I have drunk since I was fifteen and few things have given me more pleasure.”

More from us: Alcohol Inspiration: The Drinking Habits of 8 Famous Writers

Hemingway would publish numerous works including For Whom the Bell Tolls and The Sun Also Rises, precipitating a new wave of American literature. He was awarded the Nobel Prize for literature in 1954.