For many households it just wouldn’t be Christmas without It’s A Wonderful Life. The 1946 movie is heartwarming, life-affirming and sums up the festive spirit in a little over two hours.

It must have been a wonderful success at the box office, right? Wrong – in fact, director Frank Capra’s yuletide tale bombed worse than Rudolph the Red-Nosed Reindeer with tummy trouble.

Take a trip back to Bedford Falls and find out why George Bailey’s story failed to impress audiences on its release.

Why did It’s A Wonderful Life take a dive at the box office?

Bailey, played by James Stewart, has an iconic Christmas journey in It’s A Wonderful Life. He goes from suicidal to super seasonal after meeting his guardian angel Clarence Odbody (Henry Travers).

You’d think people would have flocked to see Stewart and take Bailey to their hearts. However, the classic film came and went, without much in the way of an audience or positive reviews. 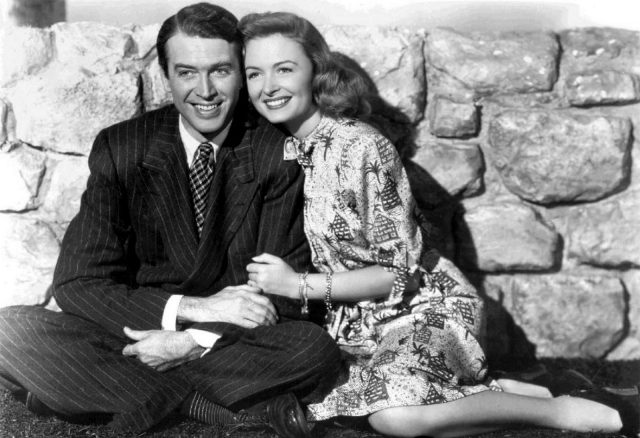 Could co-star Donna Reed (Mary Hatch) be responsible for the lack of interest? Stewart reportedly saw this as a factor. At least that’s according to Mary Anne Owen, her daughter. Speaking to Closer Weekly in 2020, Owen revealed the Hollywood actor’s view that Reed “wasn’t as well known” as him, hence the audience snub.

The jury’s out on whether cinema-goers were put off by a non A-Lister alongside Stewart. For Reed, the end result was so good it nearly ruined her for other movies. But she continued acting, starring in her own sitcom and taking her final role in legendary soap opera Dallas.

When onstage for Frank Capra’s AFI Life Achievement Award in 1982, four years before her death, Reed commented: “I suppose I knew on some deep level that I would never have another experience in a film to equal it.”

Bedford Falls and the Red Menace

Did the specter of Communism contribute to George Bailey’s commercial misfortune? Capra’s opus found itself being scrutinized by the House Un-American Activities Committee.

Drawing on work by John A. Noakes, Smithsonian Magazine describes what happened when an FBI man went to the movies “as part of a larger FBI program aimed at detecting and neutralizing Commie influences in Hollywood.” 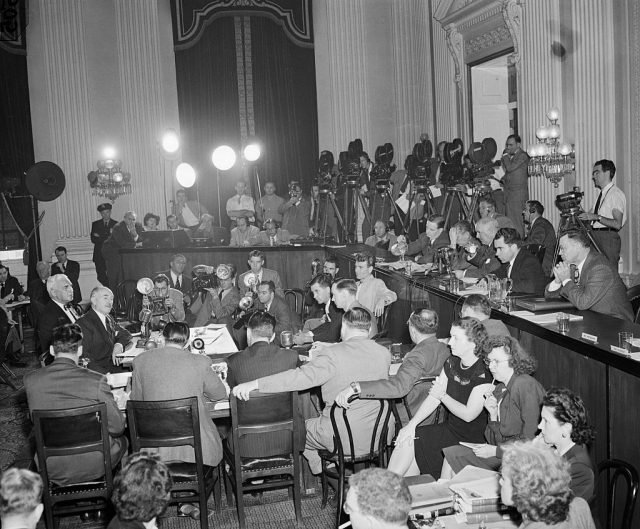 Scene in the Caucus Room of the House Office Building as the House Un-American Activities Committee opened its investigation into alleged Communist activities in the movie industry. (Photo Credit: Bettmann / Contributor)

It’s A Wonderful Life seemed to view America as a less-than-wonderful place – that was the verdict from lefty hunting G-men. With its supposedly “Red”-blooded themes of “depression and existential crisis” in relation to capitalism, the movie was stoking division.

George Bailey being used to usher in a chilling worker-led dictatorship? Unthinkable! Eventually, the House ruled that Stewart’s snow-covered odyssey was fit for American consumption.

It’s A Wonderful Life became Capra’s favorite picture, as written by sources such as Cinema Blend. The box office failure must have hit hard, though it hadn’t been plain sailing up to that point.

The movie’s set was an ambitious construction project. Looking back, The Independent wrote that Bedford Falls “sprawled across four acres, with 75 fake stores and buildings, a three-block main street, and 20 full-grown oak trees.” 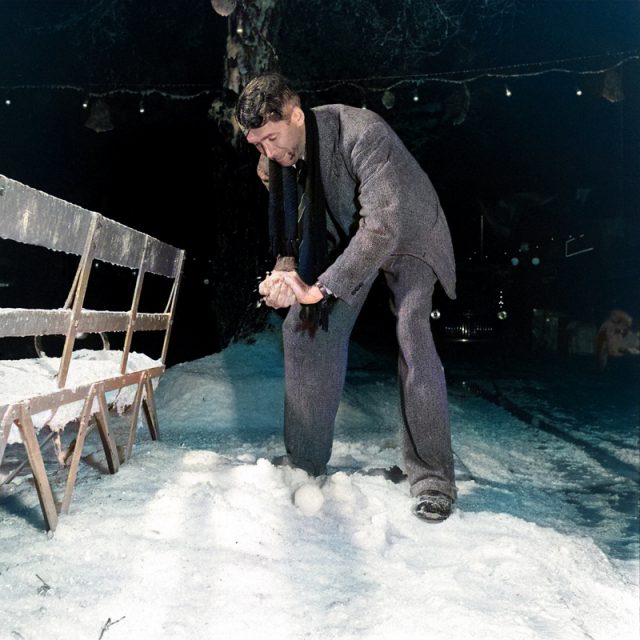 Even the fake snow got the artistic treatment, with a “chemical flurry” being cooked up to look better onscreen. Blood, sweat and tears – plus snow – was the order of the day.

If the white stuff looked immaculate, then things behind the scenes weren’t. Creative tensions simmered between Capra and co-writers/husband and wife team Frances Goodrich and Albert Hackett. The director also managed to annoy composer Dimitri Tiomkin by ditching parts of the soundtrack.

It has a Yuletide origin

Philip Van Doren Stern is the writer responsible for Bailey’s story. The way he got it turned into a movie is pure festive magic.

Stern sent a 24-page version of It’s A Wonderful Life in a Christmas card to friends and family. The tale grabbed attention in the wider world, as producer David Hempstead and no less a figure than Cary Grant came aboard. 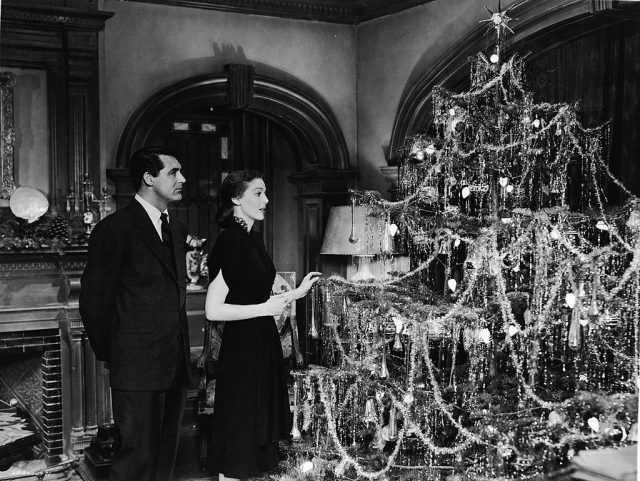 Actor Cary Grant looks on as Loretta Young decorates a Christmas tree in a still from the film, ‘The Bishop’s Wife,’ directed by Henry Koster, 1947. (Photo Credit: RKO Studios/Courtesy of Getty Images)

Yes, it might have wound up as a Cary Grant movie with a political backdrop before fate took things in a different direction.

It came at a pivotal moment for James Stewart

It’s A Wonderful Life was Stewart’s first role since arriving back from World War II and the rigors of the Air Force. This actor proved steady as a rock in many war movies and Westerns. Behind the handsome face, however, things were different. 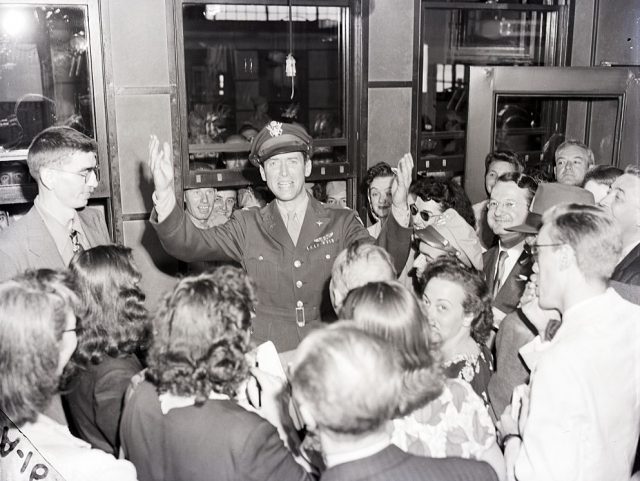 As noted by The Independent, Stewart had post-traumatic stress disorder. Though they didn’t call it that back then. Capra directed the star previously in classics such as Mr. Smith Goes To Washington (1939) and they wanted to work together again. At a time when Stewart was unemployed, like other postwar Hollywood stars, Capra rode to his rescue.

More from us: Bing’s The Thing When It Comes To Christmas! Festive Facts About Mr. Crosby

George Bailey made an unexpected comeback

So if It’s A Wonderful Life was a box office flop, how did it become required festive viewing? Simple – it fell out of copyright. 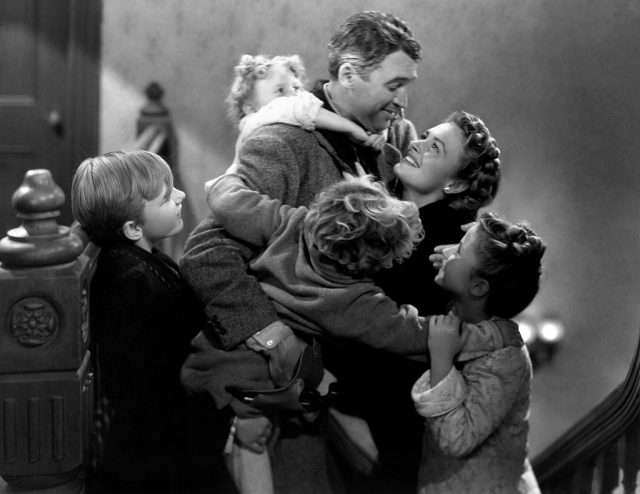 Control over the movie expired under the 1909 Copyright Act. Digital Spy writes that, after the standard 28 years, “either the studio was so keen to distance itself from the turkey or they simply forgot.”

It then hit TV screens as a cheap, yet Oscar-nominated, schedule filler. Audiences realized what they’d been missing out on and a Christmas legend was born. Or, to be more accurate, reborn.

There are no definitive reasons behind the movie’s box office woes. Maybe the important thing is that the story triumphed in people’s hearts, if not their wallets.