Every year since 1960, without a fail, the staff at Stamford Hospital in Lincolnshire, England receive Christmas cards from an anonymous patient.

One of the cards reads: “From a very grateful patient in 1960! And still going strong.”

For the last nearly 60 years, the patient has been a mystery. The only two things that are known about him are: first, that he is a man — because the letters are addressed to the Exeter Ward which used to be an all-male ward back in the ’60s; and second, that he is probably from Chelmsford, Essex, because of the postal mark for the South East Anglia Mail Centre there. 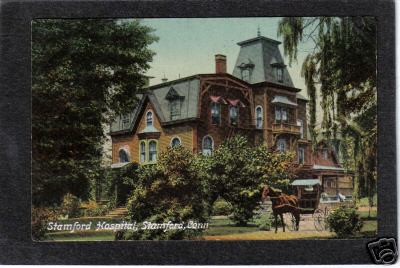 Sue Brooks, the matron at Stamford Hospital, says that she is very curious to find out who the patient is so that she can also say “thank you” to him for all the Christmas cards the hospital received through the years.

“It appears on my desk every year and it comes from a male patient who was obviously with us in 1960 and had cause to be grateful for his treatment, so I am really interested to find out who this patient is and why he feels the need to say thank you so often and for 50 something years.”

Besides Brooks, all members of staff who worked at the hospital back in 1960, as well as the current staff, are puzzled with the identity and the story of the person who sends the cards. 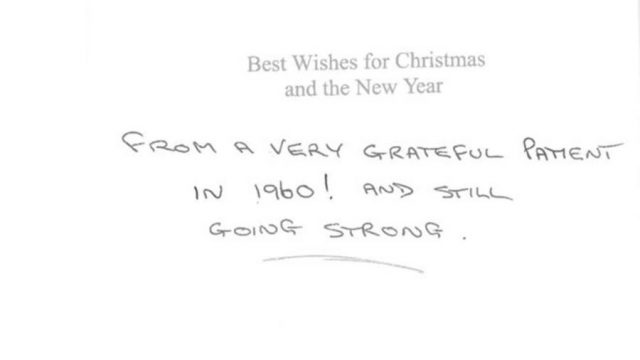 “This has been a great mystery for staff at Stamford Hospital since 1960 who are eager to find out the mystery sender of the Christmas card” Brooks adds, “so they can too say thank you and Merry Christmas back at him.” But it seems impossible to track him.

Everyone is intrigued with the gratitude of this person because we live in a world where people use thank you too often as a polite courtesy without a genuine appreciation for other people’s attention, help, and kindness. 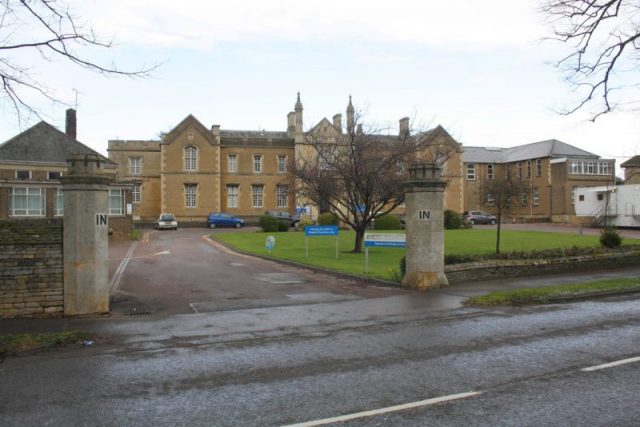 We might say thank you a hundred times in a day to many people on our way, which is nice, but we are not used to someone saying thank you every year, to the same people, for the same thing that happened almost 60 years ago. This man’s ritual of gratitude is unique and by not revealing his identity, he created a heart-warming mini-mystery.

Last year, after the card arrived as usual a few days before Christmas, a spokesperson of the NWA foundation announced that “the Christmas card appears every year without fail on the Matron’s desk at Stamford Hospital and the patient must have had good cause to be grateful for the treatment he received.”

Maybe someday this mysterious grateful man’s identity would be revealed, and his story shared in the media. Maybe it would be an inspiring one turned into a Hollywood movie. Maybe there won’t be anything particularly exhilarating in it. So maybe, it would be best if it remains a pleasant little mystery.