We’ve all heard the saying, “Like mother, like daughter,” and there’s no one who exemplifies it more than Hollywood mother-daughter duos. We’ve compiled a list of just some of our favorite vintage Hollywood women and their offspring, to show that not only are their genes strong, but their talent was definitely passed on to the younger generation. 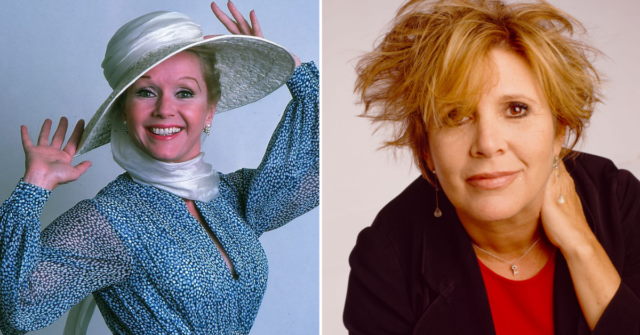 We’re starting off our list with arguably the most popular mother-daughter duo to ever grace Hollywood: Debbie Reynolds and Carrie Fisher. Reynolds shot to fame in 1952 with Singin’ in the Rain, and up until her death was a film and television staple. Fisher is best known for portraying Princess Leia in the Star Wars franchise. 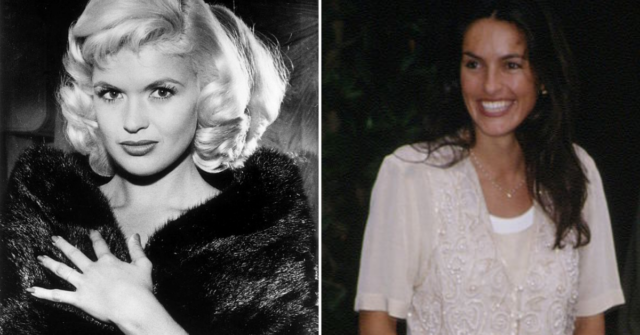 Jayne Mansfield was without a doubt one of Hollywood’s most popular sex symbols of the 1950s-60s. She sadly passed away in 1967 after the vehicle she was riding in crashed. Her daughter, Law & Order: Special Victims Unit star Mariska Hargitay, was in the car, but survived the accident.

Here we have the pair of them at 30 years old. Is it just us, or does Hargitay have her mother’s striking gaze? 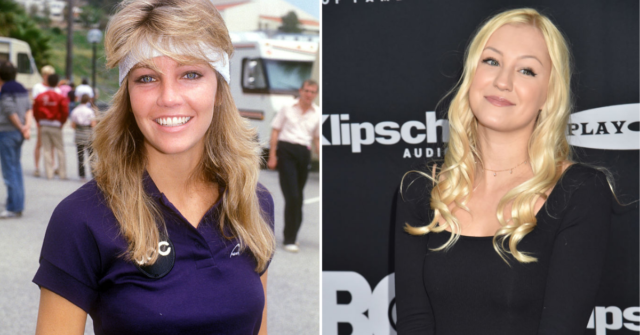 Melrose Place and Dynasty star Heather Locklear has had a rocky life over the past two decades, but in 1982 she was just a few years into her television career. In October 1997, she gave birth to her daughter, Ava Elizabeth, with ex-husband Richie Sambora. Ava has appeared on TV on and off over the years, but is more known for her modeling career. 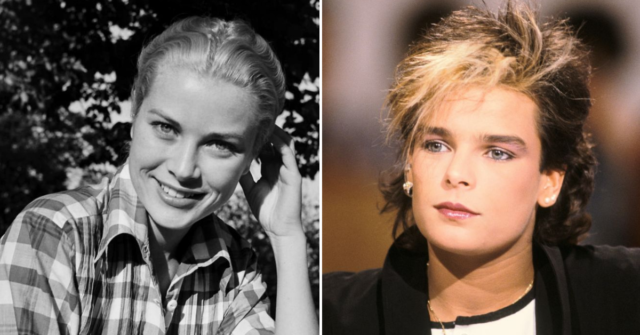 Long before she was married to the Prince of Monaco, Grace Kelly was one of Hollywood’s most famous actresses. After stepping away from acting after her marriage to Rainer III, Kelly focused on her royal duties and starting a family.

Sadly, she passed away after driving her vehicle over a mountainside after suffering a stroke. Her daughter, Stéphanie, was in the Rover P6 3500, but survived and recovered from her injuries. 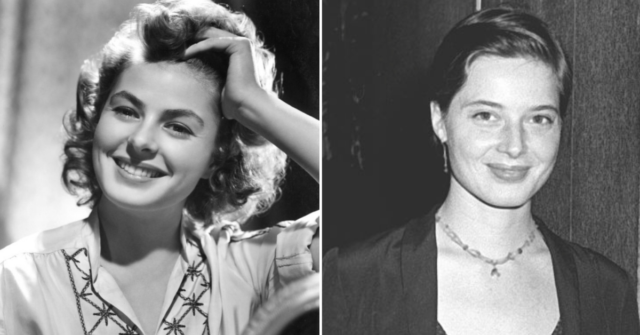 Isabella Rossellini is her mother’s twin! Here we have a young Ingrid Bergman at the age of 29, with her daughter at the same age – just 37 years apart! While Millennial audiences will best know Rossellini for her Friends cameo, by 1981 she had already appeared in a handful of films. Her mother, who sadly passed away in 1982, is widely considered to be one of the top actresses in cinematic history! 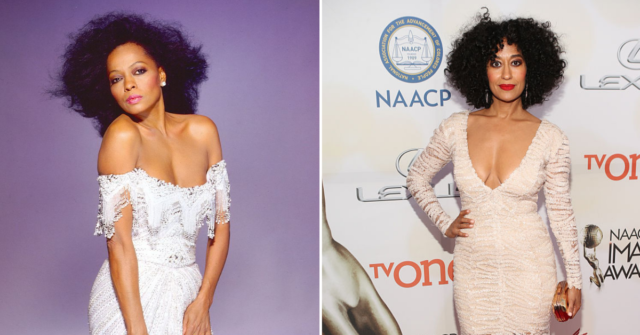 Diana Ross is known as one of Motown’s most famous voices, having been the lead vocalist of The Supremes, while Tracee Ellis Ross rose to fame in the Girlfriends television series, before starring in the Black-ish TV franchise. This side-by-side of both of them has us thinking they could be doppelgängers! 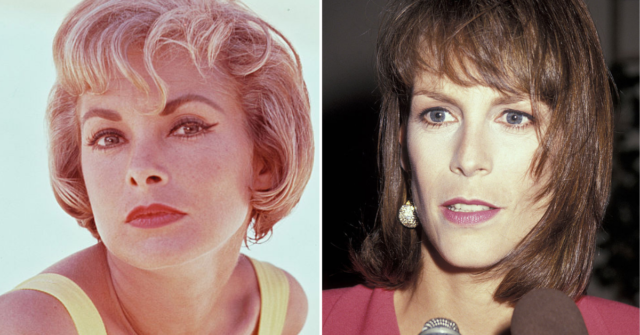 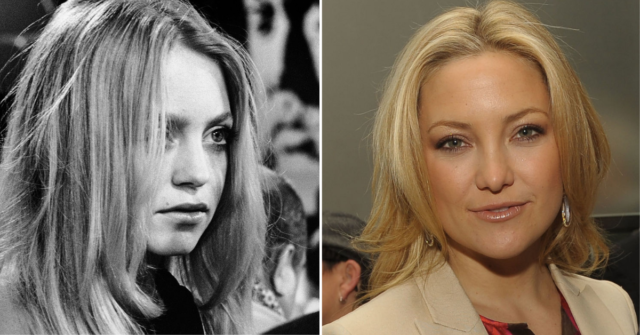 Goldie Hawn was Hollywood comedy royalty during the 1970s-80s, starring in such films as Foul Play (1978) and Wildcats (1986). As such, it’s no surprise her daughter, Kate Hudson, would also become an actress. Here we have both women – Hawn a few months shy of her 30th birthday and Hudson at 30 years old. It’s like we’re looking in a mirror!

Madonna and her daughter, Lourdes 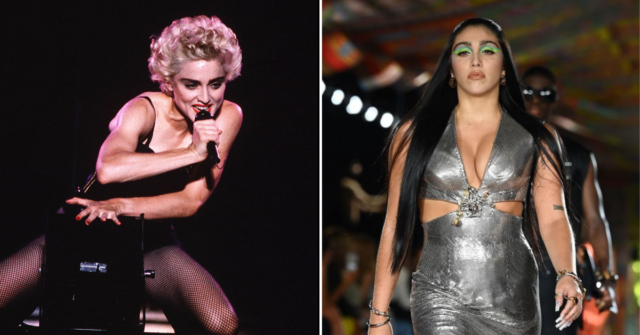 For the majority of her life, Lourdes kept a low profile, but she’s recently decided to pursue a career as a runway model. While Madonna‘s daughter, she definitely takes after her father, Cuban fitness trainer Carlos Leon. He and Madonna dated for just shy of two years, separating when Lourdes was seven months old. 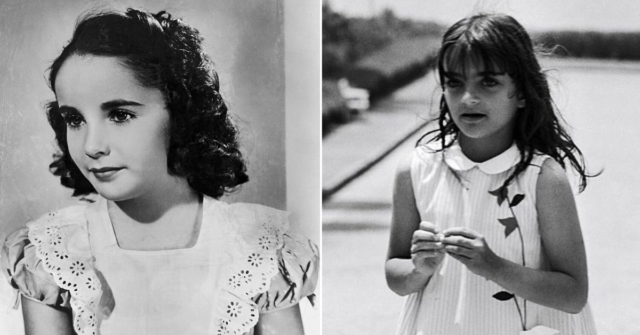 If we didn’t know these were photos of two different people, we’d have sworn we were seeing double of a young Elizabeth Taylor. That’s not the case! While the image on the right is of Taylor, the one on the left features her daughter, Elizabeth Todd, whom she had with husband Mike Todd.

She definitely shares her mother’s genes! 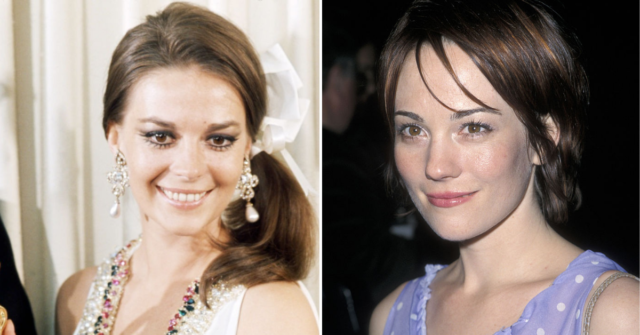 If we didn’t know Natasha Gregson Wagner was Natalie Wood‘s daughter, we would after seeing this side-by-side of them. On the left, we have a 29-year-old Wood at the 40th Academy Awards, where she presented the Oscar for Best Visual Effects. Beside her is a photo of Wagner at the same age, at the Hollywood premiere of High Fidelity in 2000.

Linda McCartney and her daughter, Stella 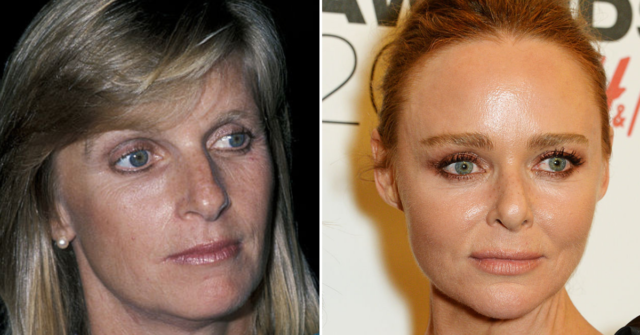 More from us: Try Not To Do A Double Take When You See These Celebrity Twins

We’re closing off our list with women many (including us) would consider music and fashion royalty. While we personally think Stella McCartney looks more like her father than her mother, there’s definitely a resemblance to Linda! Here’s what each looked like approximately one month before their 45th birthdays!