Sometimes famous people complain about their faces getting them stopped on the street. And this gets even worse when you have a twin!

From siblings to sheer coincidence, here are some high-profile pairings that’ll give you double vision… 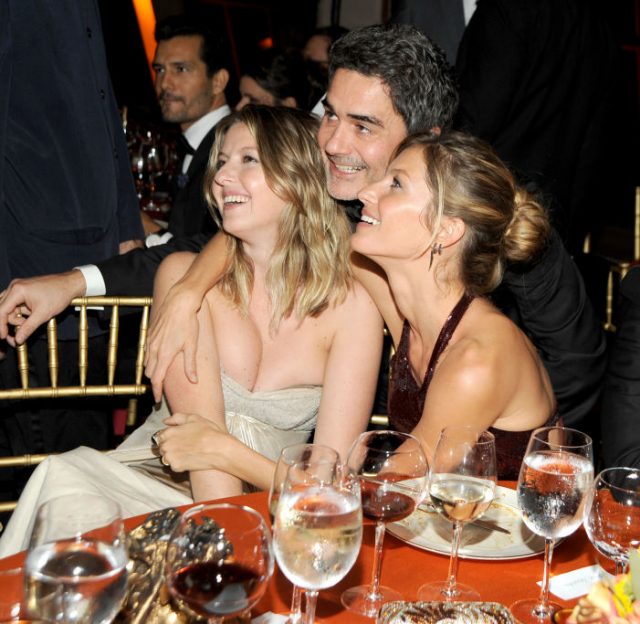 They aren’t the spitting image of each other, but that’s not the point. A twin doesn’t have to be identical to the other. Gisele and Patricia are fraternal twins.

What does that mean? The website Healthy Children notes that fraternal – or dizygotic – twins “usually develop 2 separate amniotic sacs, placentas, and supporting structures.”

It’s a far cry from the glamorous world of the catwalk, but beautiful in its own way! 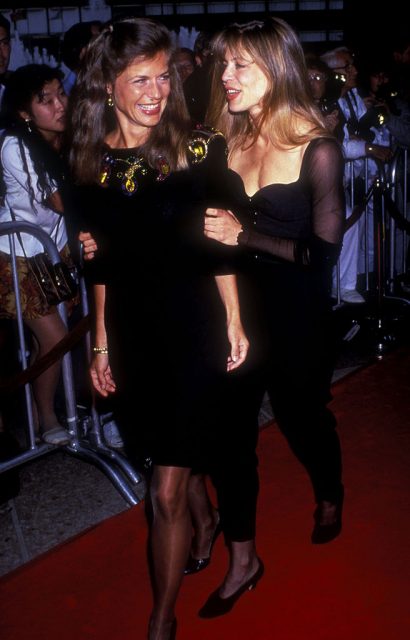 Linda Hamilton went down in sci-fi movie history for her role as Sarah Connor in James Cameron’s Terminator franchise.

Her twin sister Leslie Hamilton Freas also took part in the futuristic fun, appearing onscreen in Terminator 2: Judgment Day. She was a Terminator disguised as Sarah, bringing their identical looks into play. 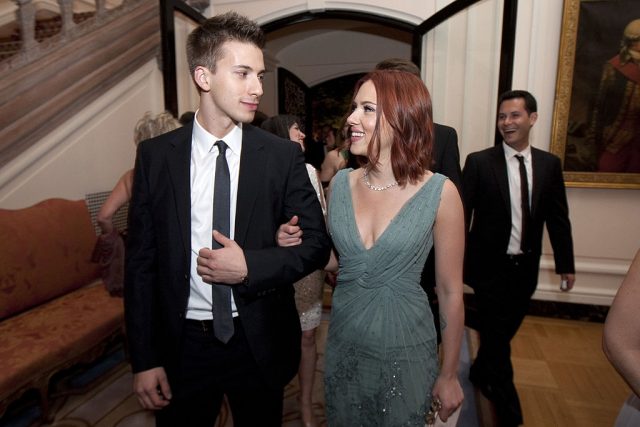 Black Widow actress Scarlett Johansson has had her personal business in the news recently due to marrying Saturday Night Live star Colin Jost and having a baby together. But there’s another important man in her life: her fraternal twin brother Hunter Johansson.

Hunter is a superhero in another way. He’s the founder of a charity called Solar Responders, which helps first responders after natural disasters by equipping stations with solar panels. Sis Scarlett is certainly proud, telling People, “He reminds me to be a better person all the time. I’m incredibly proud of him.” 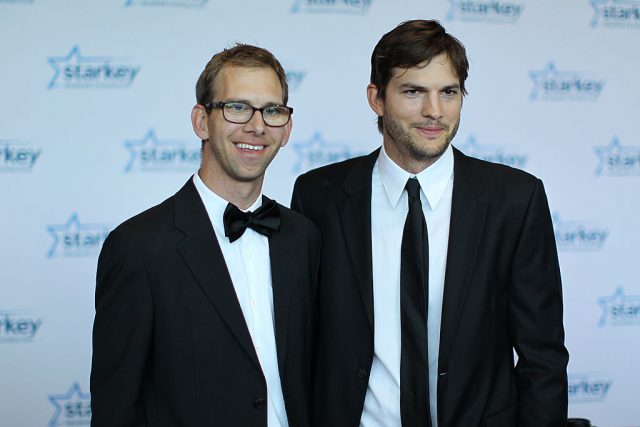 Actor and prankster Chris “Ashton” Kutcher is well-known for movies like The Butterfly Effect and shows such as Punk’d and Two and a Half Men.

He also has a twin brother, Michael, who has worked tirelessly with the Cerebral Palsy Foundation. He’s written a memoir, My Yellow Brick Road, which described his personal journey.

There was some tension after Ashton mentioned Michael’s disability (or, as he’d say, “diffability”) in public, but that passed. Quoted by Forbes, he says: “Different abilities are what make the world go round.” 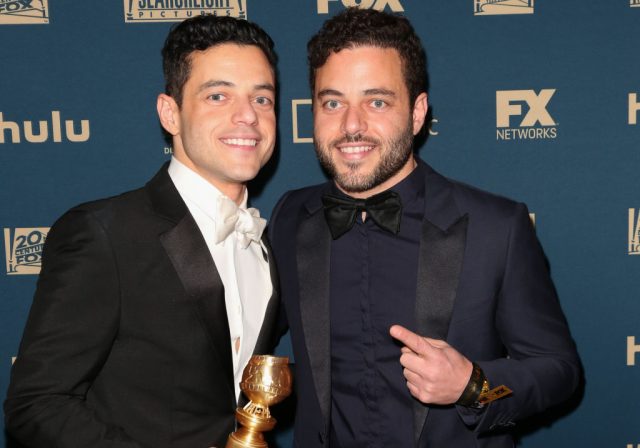 Award-winning star and Bond villain Rami Malek has an unmistakable face that has lent itself to such roles as stadium filler Freddie Mercury in Bohemian Rhapsody and low-key hacker Elliot in Mr. Robot.

However, he shares it with someone else! As the star mentioned on Saturday Night Live, he has a younger brother, Sami. Students at Sami’s place of work may get a surprise when they see their teacher is the mirror image of an Oscar winner.

Covering Rami Malek’s knowing SNL monologue, Gold Derby writes about the respect Rami feels for Sami and also their sister, who’s a doctor. They’re busy “devoting their lives to helping others, but let’s be honest, he’s the one with an Oscar.” 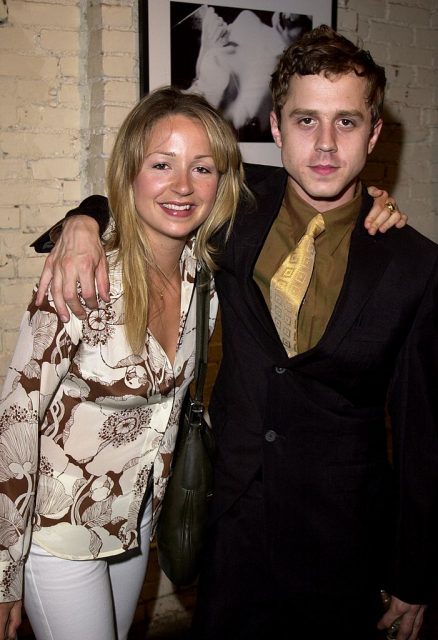 You might recognize both their names but it could come as news that they’re twins! Giovanni and Marissa Ribisi (and their sister, Gina) were born to parents in the entertainment industry so it’s no surprise they ended up on the big screen themselves.

Giovanni is best known for roles in films like Saving Private Ryan, Avatar, and Lost in Translation, as well as television shows Friends and My Name is Earl.

Marissa’s most famous roles were in the films Dazed and Confused, True Crime, and Pleasantville. She was also seen in the series Friends, Felicity, Grace Under Fire, and more. 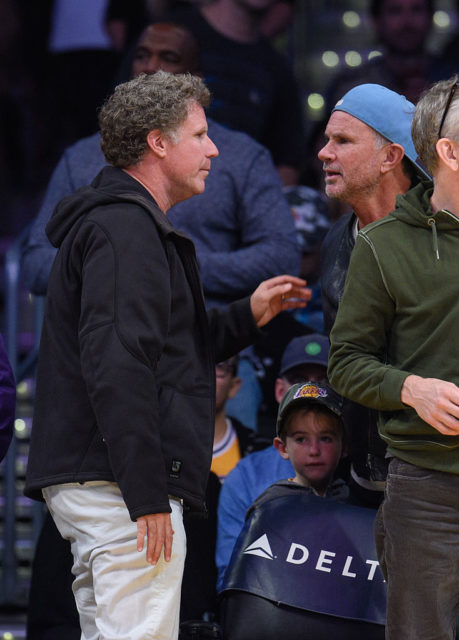 There might not seem to be a connection between Anchorman’s Ron Burgundy and the mostly-naked antics of the drummer for the Red Hot Chili Peppers. However, if you line up comedian Will Ferrell and drummer Chad Smith, you soon see the similarity.

Are they aware of this fact? You could say that. They get an honorable mention on our list despite not actually being twins (or related at all).

« Inside Skull and Bones, One of America’s Most Mysterious Secret Societies
7 Major Historical Mistakes ‘The Crown’ Made »