Inside Skull and Bones, One of America’s Most Mysterious Secret Societies

Each year, 15 undergraduate seniors from Yale University are “tapped” to join the ranks of Skull and Bones, one of the most mysterious secret societies in the United States. Much of what is known about the society comes from conjecture and rumor, which has allowed it to remain at the forefront of the country’s consciousness.

It dates back nearly 200 years 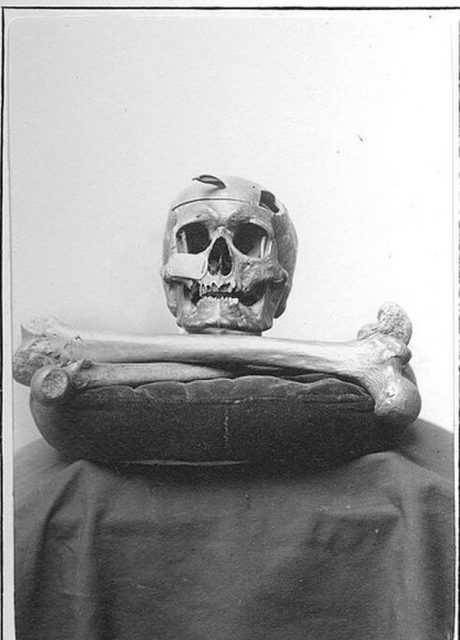 Skull and Bones was founded by William H. Russell and Alphonso Taft in 1832 following a dispute between societies Linonia, Calliopean Society and Brothers in Unity over that year’s Phi Beta Kappa Awards. Both were students at Yale and inspired by Germany’s occult secret societies, and thus created a faux-occult club to worship Eulogia, a fake goddess of eloquence.

The society limited its membership to solely white Protestant males for the majority of its existence. Black males were permitted admittance starting in 1965, while women were only given the opportunity in 1992. However, this wasn’t without opposition, as member William F. Buckley sued to block females’ admission. 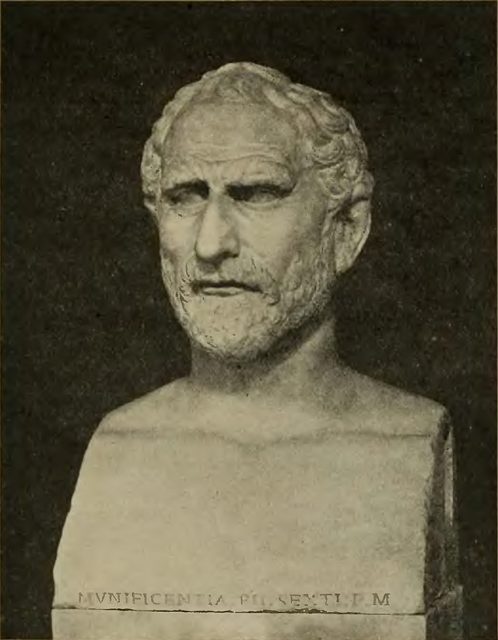 There are many rumors surrounding the meaning behind the number “322” in the society’s insignia. One speculates the number represents “founded in ’32, 2nd Corps,” in reference to the first Corps of an unknown German university. However, the majority believe it relates to the death of Greek orator Demosthenes during the Lamian War.

In 322 B.C., Demosthenes’ death marked the end of the Lamian War and signaled that the Athenians needed to dissolve their government and replace it with a plutocratic system. Documents in the Tomb have reportedly been found dated to “anno-Demostheni,” and a letter between early members suggests Skull and Bones measures time from 322 B.C., as opposed to the common era.

Given the secretive nature of the society, no one is exactly sure what Skull and Bones’ initiate rituals consist of. There have been multiple stories regarding initiates lying in coffins while other Bonesmen chant, “reborn, reborn.” Other versions speak of the initiates lying in their coffins naked while describing their sexual history.

Outside of this, rumors have mentioned gifts of $15,000 and a lifetime guarantee of financial security. Other stories are reminiscent of ancient Greece, with initiates being made to wrestle each other in a puddle of mud. 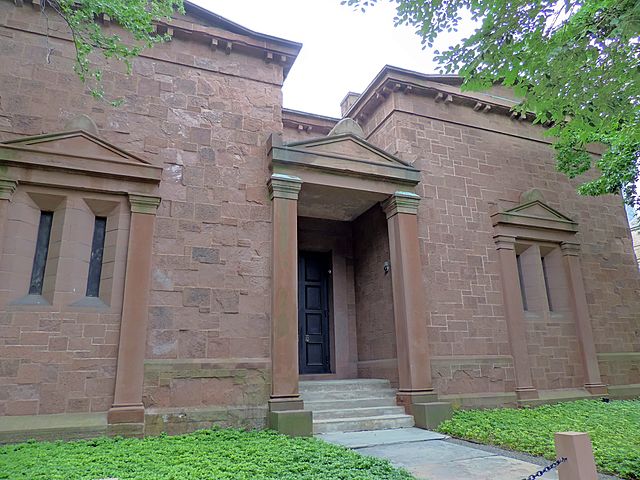 Every secret society needs to have a meeting place. During the early years of Skull and Bones, its members rented out on-campus buildings to hold their late-night discussions. In 1856, they constructed the Tomb, a building that’s become synonymous with the society.

Every Thursday and Sunday, Bonesmen meet at the windowless brownstone, which has been expanded over the years. In 1903, the second wing was constructed, while Davis-designed Neo-Gothic towers were added to the rear garden in 1912. The most recent addition occurred in the late-1990s, when the wrought iron fence was designed. 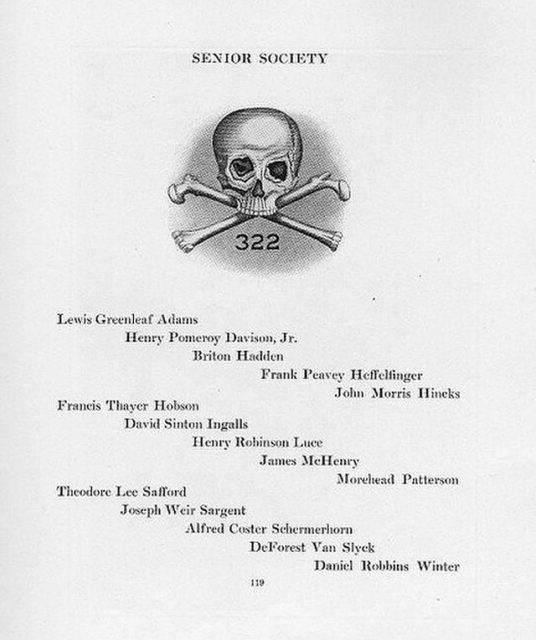 When new members join Skull and Bones, they are required to take on a new name that their fellow Bonesmen will refer to them as for the rest of their lives. Some are allowed to choose their own nicknames, while others are given the names of those who came before them.

Those who served as varsity football captains are known as “Boaz,” while those who seem to be the most sexually active are called “Magog.” 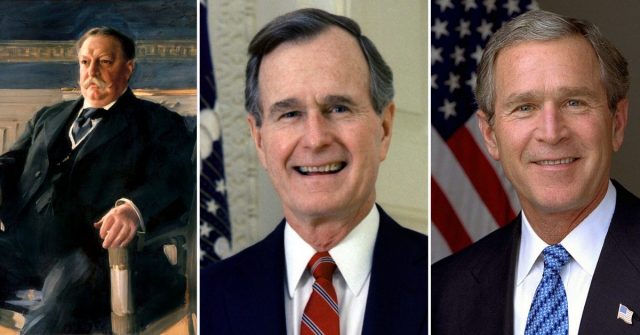 For the majority of initiates, being tapped to join Skull and Bones is a guarantee they’ll go on to have a successful future. While this likely comes from the fact that Yale is among the most prestigious universities in the US, it’s also based on the society’s alumni.

Among those who were Bonesmen include three former presidents – William Taft, George H.W. Bush, and George W. Bush – as well as Fortune 500 CEOs, CIA officials, and Henry Luce, founder of Time magazine. 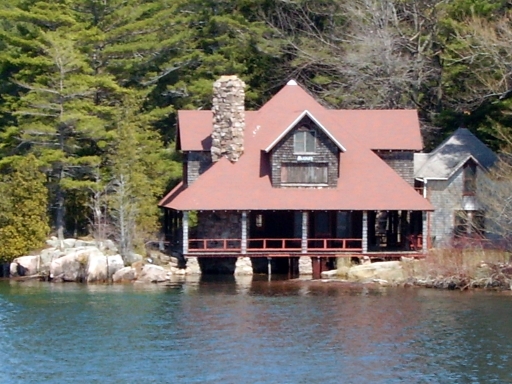 Everyone needs a holiday to destress, including members of secret societies. For Bonesmen, the most common vacation spot was Deer Island, located along the St. Lawrence River in Alexandria, New York. It played host to picnics and networking events, allowing new inductees to rub shoulders with the older generations.

While the 40-acre island has since been left derelict, it once featured servants who catered meals to its grandiose cottages. For new members, being invited to Deer Island allowed them to meet with some of the country’s rich and famous, and provided them with an insight into how their futures would unfold. 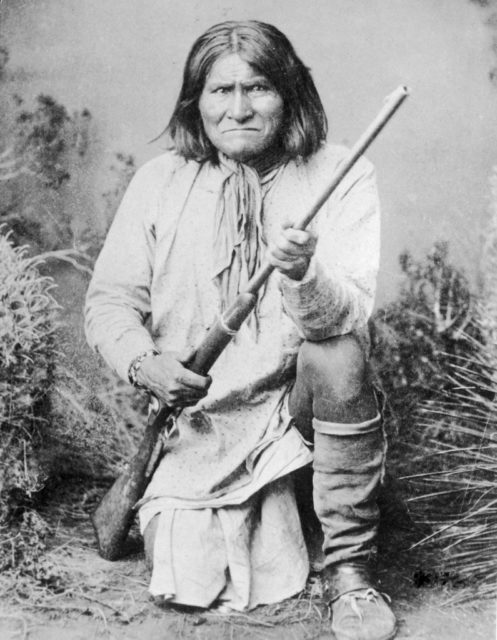 As it turns out, Bonesmen believe “stealing” is a lame term for taking something that isn’t theirs. They’ve taken to calling it “crooking,” and often hold competitions to outdo each other’s “crooks.” Their primary targets are keepsakes from campus buildings and other Yale secret societies.

Skull and Bones has been accused of stealing the skulls of Pancho Villa, Martin Van Buren, and Geronimo. In 2009, the latter’s descendants charged the society with theft of his remains, as it was rumored Prescott Bush, President George H.W. Bush’s father, broke into his grave during World War I and nicked his skull and two bones. The case was eventually dismissed by the courts.

More from us: The Bohemian Club Is a Secret Society Five American Presidents Belonged To

Skull and Bones has been depicted in many books, movies, and television shows throughout the years.