Secret societies have been around since at least the 1500s. The organizations were almost always fraternal with some having offshoots for women. Just after the Civil War, secret societies reached their pinnacle with most not allowing the newly freed slaves to join thereby supporting segregation. Let’s look at a few secret organizations that have or still do operate in America:

The largest “secret” society in the world, the Freemasons, was believed to have been organized in Great Britain in the 1500s by a group of stonecutters. Although theories say the origins could really go back to the Knights Templar in Medieval Jerusalem or even all the way back to Ancient Egypt. The intent was to keep masonry techniques secret to maintain their worth to society. With the discovery and subsequent populating of the New World, Masons came to America and set up lodges early in the 1700s. 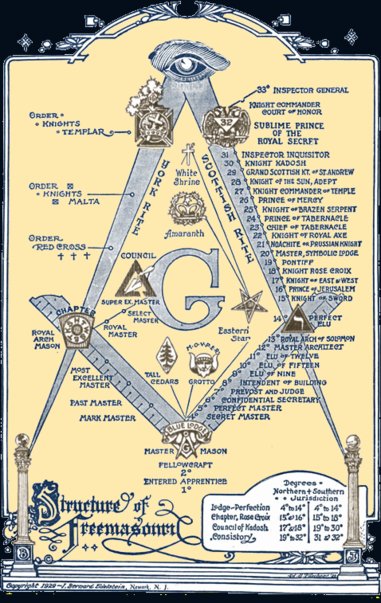 Structure and symbols of Freemasonry. Image by Jack O’Toole CC by 3.0

According to Business Insider, many of the founding fathers were influential early Americans including Benjamin Franklin, James Monroe, John Hancock, and George Washington. According to History Collection, at present there are about five million members. The use of codes and secret rules are what makes them clandestine with some who believe they are worshipers of the Fallen One or a separate political party. The Mason offshoot for women is The Order of the Eastern Star.

The Independent Order of Odd Fellows

Some historians say this order was created in the 12th or 13th centuries while others believe it was in the 1600s. Documentation shows it was in full bloom in Great Britain in the 1700s. The original purpose, other than social interaction, was to help other lodge members and their families through tough times. England’s King George IV was an Odd Fellow. Some see the Order as a precursor to trade unions as they were prepared to help any of their members out on strike. 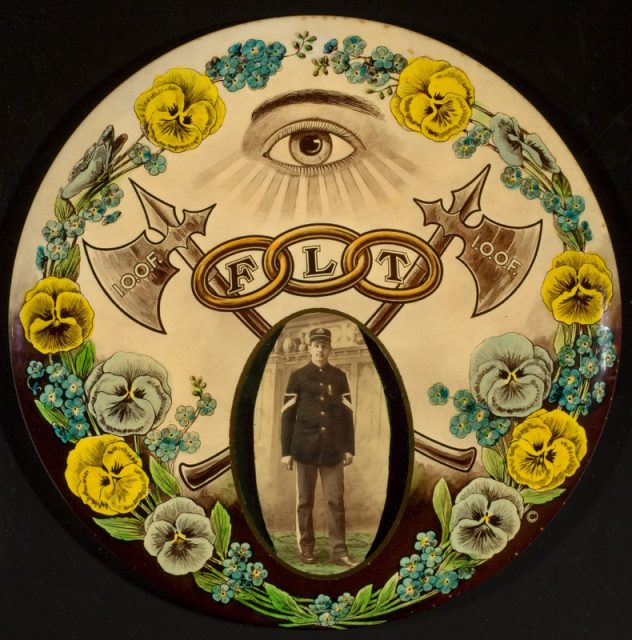 Member of the Order of Odd Fellows from 1917.

Because of this, fraternal societies were outlawed and secretive codes, handshakes, and the like needed to be put into place to keep the law at bay. The Society was re-introduced in 1803, and by 1814, they had standardized all of the lodges in Great Britain and chartered the Odd Fellows in North America in Baltimore, Maryland on April 26, 1819. The Society calls itself “The Three Link Fraternity” and, according to their website Independent Order of Odd Fellows, the three links stand for Friendship, Love, and Truth. It is one of the few secret societies to include women, the Rebekahs.

Improved Benevolent and Protective Order of Elks of the World

According to Smithsonian Magazine, the Elks, formally named The Benevolent and Protective Order of the Elks, reportedly did not, in 1898, allow two black men to join. Thus, a Pullman train porter, Arthur James Riggs, and his friend, Benjamin Franklin Howard, started the Improved Benevolent and Protective Order of the Elks of the World in Cincinnati, Ohio which became the only African-American secret society on the list. 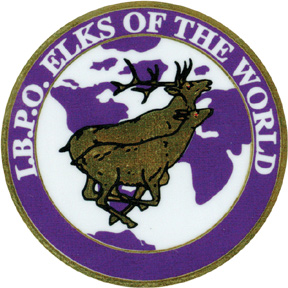 In 1902 the women’s offshoot, the Daughters of Elks, was founded by Emma Virginia Kelly in Virginia. According to their website, “…the Elks sponsor extensive educational scholarship programs, youth summer computer literacy camps, and children with special needs, parades and unequaled community service activities throughout the world.”  In the early 21st century, it has 500,000 members and 1500 lodges in the world.

The Knights of Pythias

According to The Pythians, Damon and Pythias were historical people of a Greek legend living about 412 B.C. They were members of The Pythagorean Brotherhood founded by Pythagoras, the father of Greek philosophy. Damon opposed the king of Syracuse because he had usurped the throne. Damon was sentenced to die, but Pythias interceded, asking the king if Damon could go home to say goodbye to his family. 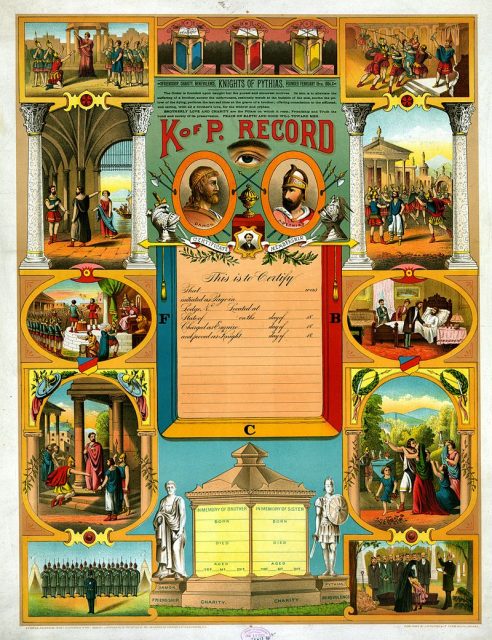 If Damon failed to return, Pythias offered his life instead. It was the love between the two friends that inspired Justus H. Rathbone to found the Order in 1864. “The Order of Knights of Pythias is an international, non-sectarian fraternal order, and was the first fraternal order to be chartered by an Act of Congress.” their website tells us. The offshoot for women is The Pythian Sisters.

The Order of Skull and Bones

The Order of Skull and Bones is a secret society for Yale students. It was founded by William Huntington Russell in 1832 based on his experiences with the occult. Fifteen male seniors are nominated every year to meet in The Tomb, a windowless building on campus, with the rest of the members. Members are required to pledge to secrecy and call anyone outside of the group “barbarians”. Some famous members have been George H.W. Bush, his son George W., Henry Luce, founder of Time Magazine, and one time Secretary of State, John Kerry. It also claims a large number of CIA agents.

Logo for the Order of Skull and Bones

The logo of the Skull and Bones consists of a skull and crossbones, with the number 322 below it. According to one theory, 322 stands for the year the society was founded (1832) indicating that it is the second chapter of a German secret society, supposedly the Bavarian Illuminati. Another, more probable, theory is that it records the date of Demosthenes’ demise. 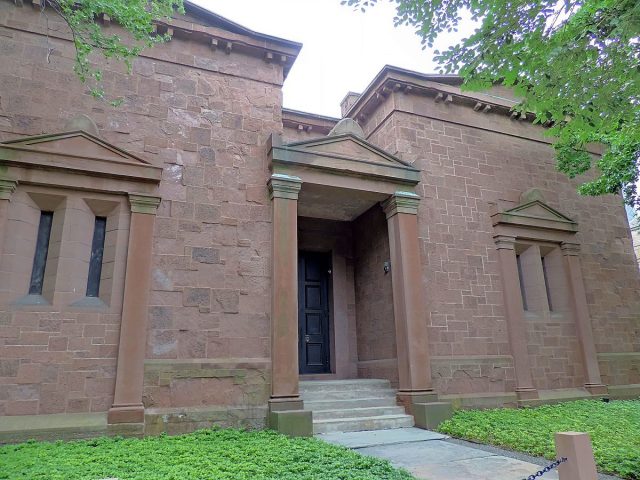 The tomb of the Skull and Bones society of Yale. Photo by Nevit Dilman CC by 3.0

As long as secret societies have been around, there have been many who distrust them. According to Wired, secret societies offered a place for free discourse away from the scrutiny of the government or the all-powerful church. Smithsonian Magazine also notes that secret societies, particularly the Freemasons, have been suspected of hiding crimes and manipulating governments.

Related Article: Dark Secrets and Scandals that have Rocked the Vatican

Regardless of many people’s suspicions and doubts, secret societies continue to flourish today, perhaps a sign of many wishing to belong to a special group or to further their careers.