What’s In A Name? How Mobsters Got Their Bizarre Nicknames

Mobster nicknames are something of an art. They’re distinctive and allow most mobsters to live a double life. They don’t get to pick their own nicknames — they’re given to them by their associates, the police, the press, and the public. Here are how some of the most bizarre mobster nicknames came to be.

Al Capone was the co-founder and boss of the Chicago Outfit. He became a member of the Five Points Gang when he was a teenager, and later went on to work as a bouncer at bars and brothels. After the Saint Valentine’s Day Massacre of 1929, he was dubbed by the press as “Public Enemy No. 1,” and was eventually sent to jail on charges of tax evasion. He served part of his stint in San Francisco’s Alcatraz Prison. 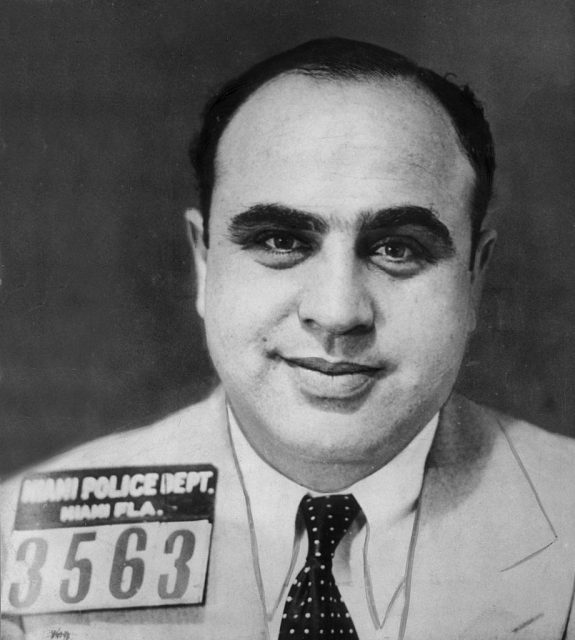 Capone’s “Scarface” nickname came about during his time as a bouncer in New York. The story goes that he was working the door at the Harvard Inn nightclub when he accidentally insulted the sister of local gangster Frank Galluccio. In retaliation, Galluccio slashed Capone in the face.

He preferred not to speak about the injury and often hid the scarred side of his face from the press. Whenever asked, he claimed the scars were war wounds.

You know a mobster is big news when he has two nicknames. Anthony Accardo was the boss of the Chicago Outfit alongside Paul Ricca after Al Capone’s imprisonment. He is credited with greatly increasing the Outfit’s profit and power by expanding its operations and territory. Despite a rather extensive arrest record, he only ever spent one night in jail. 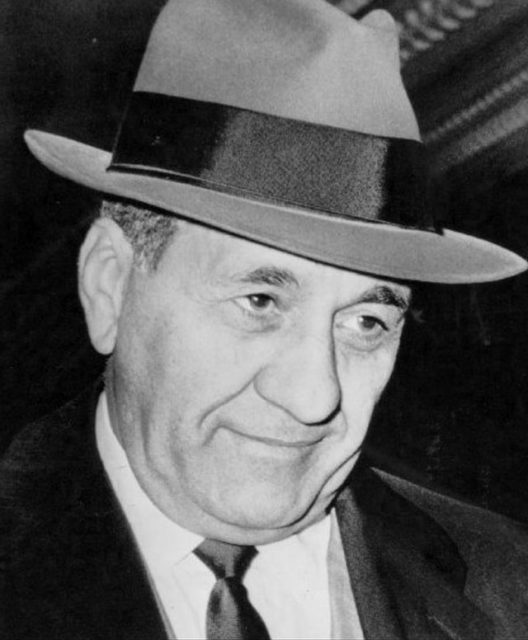 Capone gave Accardo his “Joe Batters” nickname during the Prohibition era, after he used a baseball bat to kill three mobsters who’d betrayed the Outfit. After the murders, Capone allegedly said, “Boy, this kid’s a real Joe Batters.”

His more amusing nickname of “Big Tuna” was given to him by the Chicago press after he was photographed holding a giant tuna during a fishing trip.

Joseph Lombardo was a high-ranking member of the Chicago Outfit for decades, eventually reaching the rank of consigliere. His reign ended during the Family Secrets trial, at which time he went on the run. He was captured in 2006 and convicted on murder and racketeering charges. 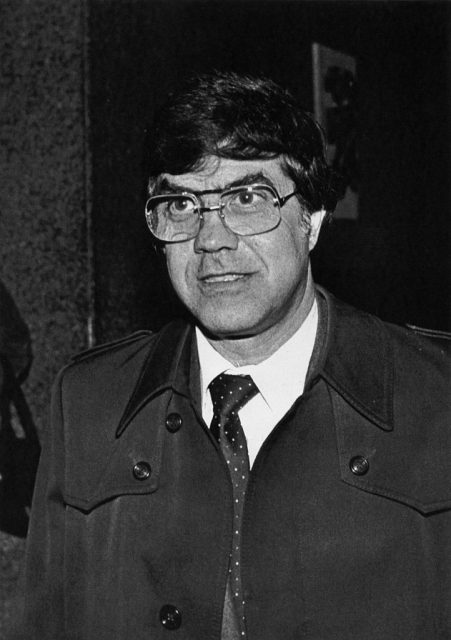 Lombardo was nicknamed “Joey the Clown” after his bizarre mugshots were released to the media. He also made jokes during his trial. Once, he hid from reporters by covering his face with a mask made from newspaper, while another time he claimed a piece of his jewelry contained a “canarly stone.” Of it, he said, “You ‘canarly’ see it.”

Imagine being named after a car you dislike. That’s what happened to Francis Salemme, a Boston mobster. He was a hitman before becoming the boss of New England’s Patriarca crime family. In June 2018, he was found guilty of murdering a South Boston nightclub owner in 1993, a crime he’d long been suspected of committing. 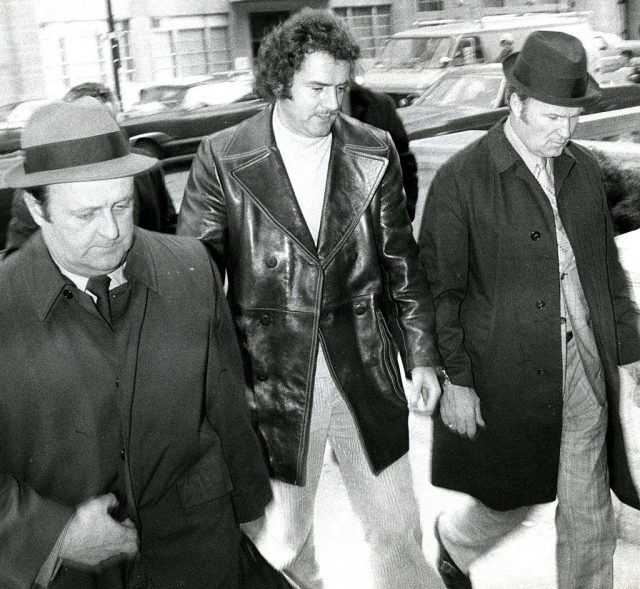 There are differing stories regarding how Salemme came to be known as “Cadillac Frank.” The first says he got the nickname while working at an auto body shop, where he specialized in fixing Cadillacs. The second claims he had a friend who worked at a Cadillac dealership who would scratch cars and allow him to fix them.

He wasn’t too fond of the nickname. He’d much rather drive a BMW than the General Motors classic.

We aren’t artichoking with this unique nickname. Terranova came to the U.S. from Sicily in the 1890s and rose through the ranks to become the underboss of Harlem’s Morello family. He earned the moniker of “Artichoke King” after purchasing cheap artichokes from California and reselling them to vendors in New York at a 30–40% markup. 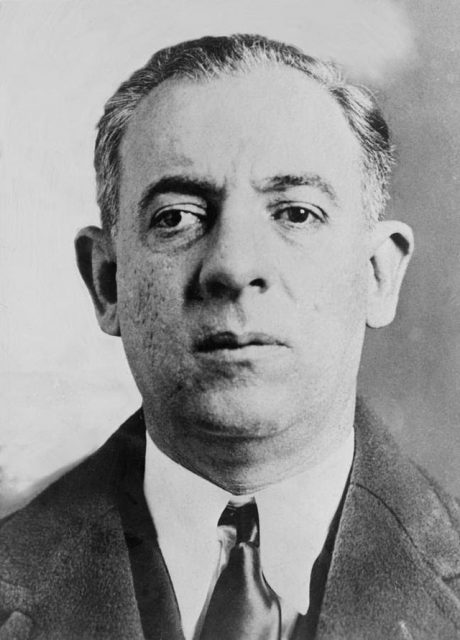 Terranova managed to survive the 1930–1931 Castellammarese War in New York, a deadly battle for control of the Italian-American mob. However, his family was damaged. To make matters worse, New York’s mayor decimalized artichoke trading, ending his control of the market.

Lester Nelson was an American bank robber known for partnering with John Dillinger. Their gang was responsible for numerous deaths and robberies. Nelson, in particular, is responsible for killing more FBI agents than any other mobster, and he was fatally shot during The Battle of Barrington, a shootout with FBI agents. 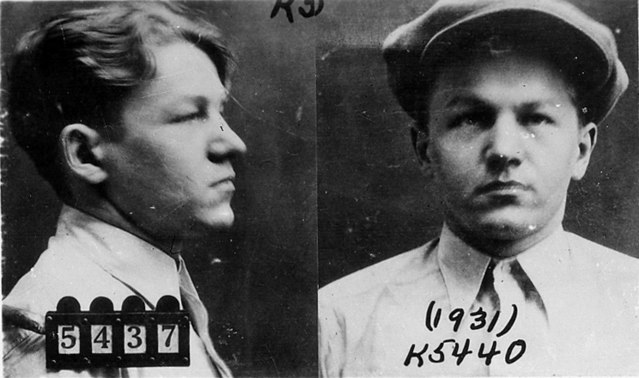 His “Baby Face” nickname is attributed to his youthful appearance and small stature, which made him look younger than he was. Very few actually called him that to his face, opting instead to refer to him as “Jimmy.” It’s definitely not a name you’d expect one of the most notorious bank robbers of the 1930s to have.

Charles Luciano is best known for helping to grow the National Crime Syndicate. He’s also considered the father of organized crime in the U.S. for his creation of The Commission in 1931.

In 1936, he was convicted on numerous prostitution-related charges and sentenced to 30 to 50 years in prison. The sentence was commuted after he agreed to provide naval intelligence during WWII and was deported back to Italy. 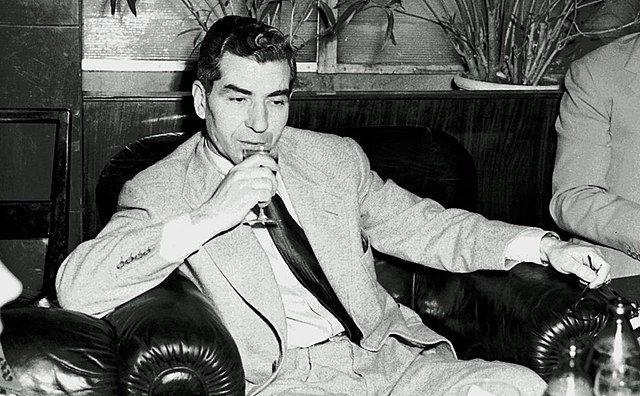 The actual origins of his nickname are unknown. Some speculate it is simply a mispronunciation of his last name, while others believe it refers to the incredible luck he had while gambling. Another opinion suggests it derives from an assassination attempt in 1929 after refusing to work for another mob boss.

Anthony Casso was a hitman for and a long-time member of New York City’s Lucchese crime family. He’s said to have killed over 100 individuals, one of whom was underboss Frank DeCicco. He eventually became an FBI informant before being deemed a liar and thrown out of the witness protection program. 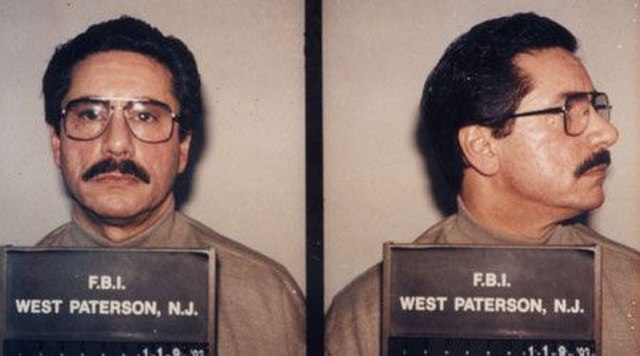 Casso was known as “Gaspipe,” but the nickname’s exact origins are unknown. Casso claimed it was passed down to him from his father, whose weapon of choice was a gas pipe. There are some who agree with this, but believe it was because his dad illegally hooked up gas connections. Others say it was actually Casso who favored the pipe.

It’s said he detested the nickname and only allowed a select few to refer to him as “Gas.”

John D’Amico became a street boss for the Gambino family when the Gotti family were investigated and boss Peter Gotti was sentenced to life imprisonment. He had various run-ins with the law before being picked up in February 2008, and eventually plead guilty to extortion charges. He was released in June 2012. 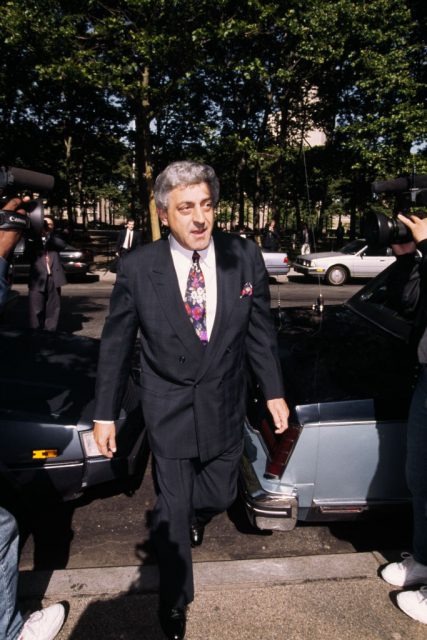 D’Amico wasn’t a fan of his “Jackie Nose” nickname. According to an informant, it came about after he underwent a rhinoplasty to lessen the size of his nose, which was said to have been big and distorted.

Benjamin Siegel is best known for his unsolved murder and for being one of the most feared mobsters of his time. He grew up poor and vowed to rise up above his meager beginnings, which he did after starting Murder, Inc. He was killed in his home after being shot twice in the head by an unknown assailant. 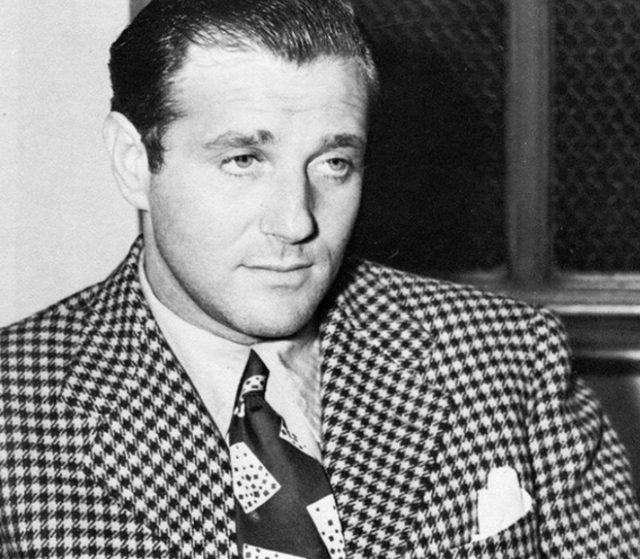 His “Bugsy” nickname refers to his quick temper. One associate called him as “crazy as a bedbug,” and he was known to immediately react when his temper flared. He despised the nickname, as it reminded him of his impoverished youth, and anyone who called him it to his face risked bodily harm.