Life of Brian is headed to the stage, according to original Python John Cleese. Cleese broke the news via Twitter. Announcing that a first draft was complete, he added the new show is “Not a musical, as songs slow the pace down too much.”

From King Arthur to Jesus Christ

Monty Python and the Holy Grail was turned into the smash hit songfest Spamalot by Eric Idle and regular collaborator John Du Prez. It seems Cleese isn’t keen to take a leaf out of his old pal Idle’s book.

The British comedy icon aims to perform it in late 2022, pandemic permitting. “No Pythons in the cast” he concludes. “We’ve had enough die already.”

Not a musical, as songs slow the pace down too much

Depending on Covid, we might be able to do it in the second half of next year

No Pythons in the cast. We've had enough die already

Originally released in 1979, Life of Brian followed the adventures of the hapless title character (played by Graham Chapman) as he is mistaken for the Messiah. Terry Jones’ legendary cry of “He’s not the messiah, he’s a very naughty boy!” has rung out ever since.

Seven years on from Monty Python Live — where he joined Idle, Michael Palin, Terry Jones, and Terry Gilliam for one last hurrah — Cleese wants to resurrect Life of Brian as a live comedy. 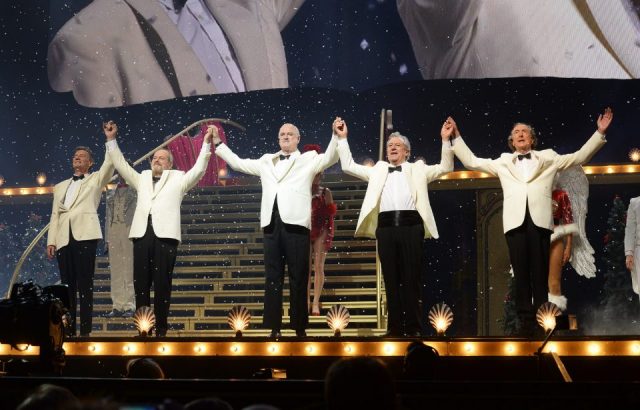 This isn’t the first time Cleese has brought one of his comedies back. Fawlty Towers was adapted for the stage in 2016. Actor Stephen Hall took the role of Basil in the production, which was put on in Australia.

Why go to Oz? Reportedly Cleese wanted to avoid London critics. The reviews were positive, though Britain’s The Guardian kind of confirmed his suspicions. They wrote, “the production is such an ‘uncanny valley’ adaptation from screen to stage that it feels largely pointless.” However, the review did praise aspects of the show, such as the cast.

Who will be the new Messiah?

There’s no word on who will inherit the mantle of Brian from Chapman, who passed away in 1989. Another key role is that of mother Mandy, memorably portrayed by Jones who died in 2020. 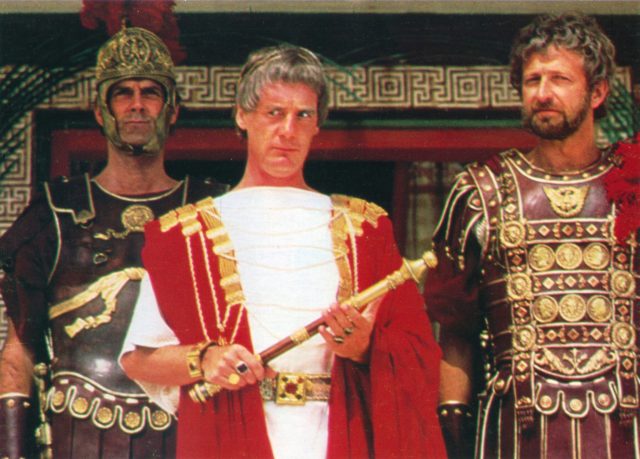 Interest in the project will no doubt be high. Those who’ve played King Arthur in Spamalot since the show opened in 2005 include Tim Curry (The Rocky Horror Picture Show) and noted Shakespearean actor Simon Russell Beale.

Is the new Life of Brian going to be as controversial as before?

The movie was acclaimed by lovers of comedy, but the religious establishment wasn’t amused. Cleese and Palin decided to debate the issues raised on TV with Mervyn Stockwood, Bishop of Southwark, and journalist Malcolm Muggeridge.

It’s acknowledged the Pythons came off well, whereas their eminent critics were themselves criticized for some flawed arguments. Reportedly, Stockwood and Muggeridge became confused over the film’s content, believing it to be a literal take-off of Christ.

In fact, Cleese and company made it clear that Brian Cohen was not Jesus himself. This happened in the first part of the film, which the Bishop and journalist missed after arriving late.

As with previous Python work, Life of Brian is often shown on TV and streaming services. Characters such as “Biggus Dickus” and various eye-popping incidents — at one point Brian accidentally jumps into a passing spaceship, where he’s confronted by two squidgy aliens — ensured the release became a cult classic.

Will Cleese launch the play with a star-studded cast? Or will he faithfully recreate much-loved characters as he did with Fawlty Towers? Revelations are sure to follow.

« Looking For A Legend: Loch Ness Monster Sightings Through The Ages
What’s In A Name? How Mobsters Got Their Bizarre Nicknames »