We’re Not In Kansas Anymore: Judy Garland’s Dress From ‘The Wizard Of Oz’ Found In Shoebox

The Wizard of Oz is considered a Hollywood classic. It’s seen as one of the greatest films of all time, and was one of the first to use Technicolor. It also helped launch Judy Garland into the spotlight. She’s continued to make headlines over the years, despite her death in 1969, most recently for the discovery of one of her most iconic film costumes.

A gift of “hope, strength and courage”

In 1973, actress Mercedes McCambridge was serving as an artist-in-residence at the Catholic University of America. She was a staple of vintage Hollywood, having earned the Oscar for Best Supporting Actress for her role in 1949’s All the King’s Men and a second nomination less than a decade later for Giant. She was dubbed by actor and director Orson Welles as “the world’s greatest living radio actress.” 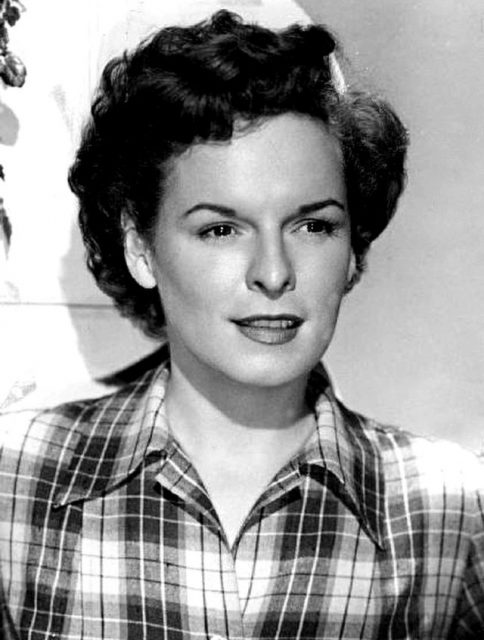 McCambridge was friends with Judy Garland. During her tenure at Catholic University, she gifted Reverend Gilbert Harkte, the head of the school’s drama program, a dress believed to have been worn by Garland during the filming of The Wizard of Oz.

How McCambridge came to possess the dress is unknown, as Garland had passed away by the time she gifted it. According to The Tower, Catholic University’s own newspaper, it was to be a source of “hope, strength, and courage” to its students. 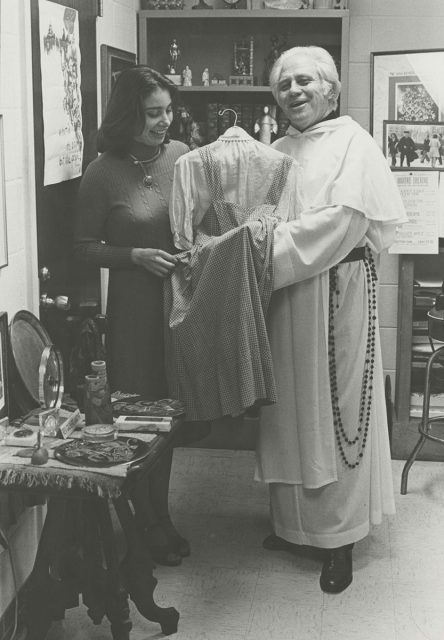 While there are pictures of Rev. Hartke holding the dress and showing it to faculty members, its location at the time of his death in 1986 was unknown. While there were rumors it was still located in the drama building, which has since been named after him, no one was ultimately sure of its fate.

In early June 2021, the Hartke building was set to undergo renovations. Matt Ripa, a lecturer and operations coordinator for the Department of Drama, was packing up a few things when he noticed a bag sitting on top of the faculty mailboxes. Ripa took the bag down and found a green shoe-sized box within. When he opened the box, there was the missing dress.

“I was curious what was inside and opened the bag,” said Ripa in a press release. “Inside was a shoebox, and inside the shoebox was the dress! I couldn’t believe it. My co-worker and I quickly grabbed some gloves and looked at the dress and took some pictures before putting it back in the box and heading over to the [university] Archives.

“Needless to say, I have found many interesting things in Hartke during my time at Catholic University, but I think this one takes the cake,” he concluded.

Did Judy Garland actually wear it?

After Ripa found the dress, the next step was to authenticate it. To do so, Maria Mazzenga, Curator of the American Catholic History Collections at Catholic University, reached out to experts at the Smithsonian’s National Museum of American History, which is home to several artifacts from The Wizard Of Oz.

“As archivists, we are obliged to work on gaining additional documentation for this popular culture national treasure,” said Mazzenga. “We have several photos of Father Hartke holding the dress, and articles from The Tower and The Washington Post referencing it. So the circumstantial evidence is strong.” 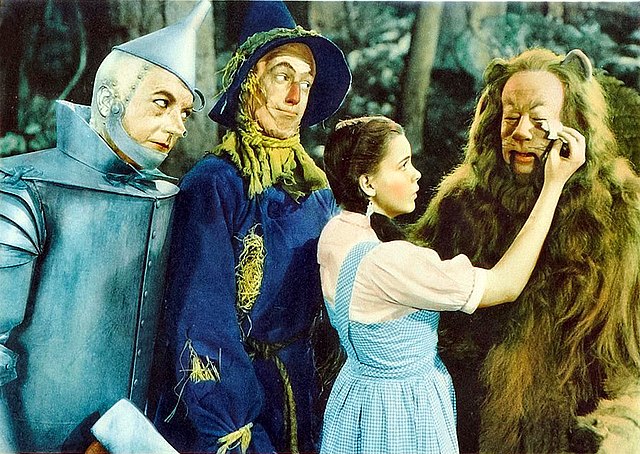 There are currently only five dresses that have been verified as probably being authentic, excluding this one. According to experts, there are many ways to tell if the dress is real. There was a secret pocket on the right side of the skirt for Dorothy’s handkerchief, and the name “Judy Garland” was written in the same script on all five. As well, Garland was known to rip the thin fabric when taking off the dress, meaning a seamstress was constantly be sewing it back together. 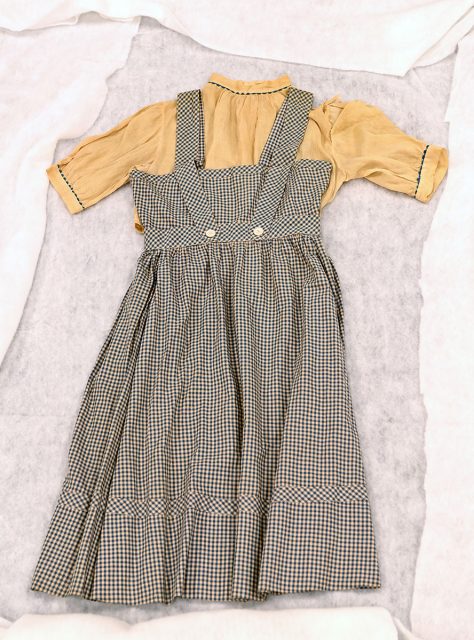 According to the experts from the Smithsonian — Ryan Lintelman, Dawn Wallace, and Sunae Park Evans — the dress has all of these characteristics and shows consistency with other objects from the film. However, despite saying the evidence is strong, they are not authorized to authenticate such objects.

More from us: ‘The Legend Of Zelda’ Smashes Records With $870,000 Auction Sale

Since its discovery, the dress has been placed in the university’s Special Collections. It will be stored in a temperature- and humidity-controlled environment to ensure its continued preservation.

« The Real-Life ‘Jaws’ Of The Jersey Shore
Ham The Astrochimp Was A Hero Of The Space Race — But At What Cost? »