‘The Legend Of Zelda’ Smashes Records With $870,000 Auction Sale

The video game industry has come a long way since the early days of Pong. While most games today feature impressive artistry and graphics, there are many who feel nostalgia for more old-school releases. This was true on July 9, when a rare copy of the first Legend of Zelda came up for auction.

The Legend of Zelda

The Legend Of Zelda has become one of Nintendo’s most popular video game series. It was first released for NES in 1986 and introduced the world to the fantasy land of Hyrule and its characters, Link and Zelda. The original game follows Link as he collects the eight parts of the Triforce of Wisdom to rescue Zelda from Ganon, the antagonist. 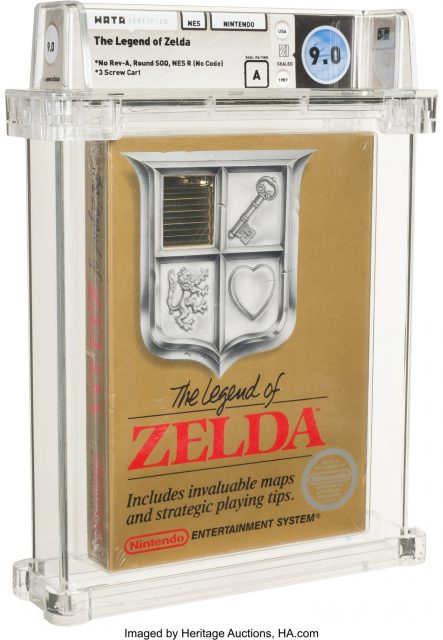 Over the past 35 years, the franchise has spawned 27 games, including ports, original releases, and remakes, and has sold over 52 million copies. The game and its characters have also been featured in other Nintendo releases, including Super Smash Bros., and the release of The Legend of Zelda: Breath of the Wild in 2017 broke numerous sales records.

The latest game in the series is a remake of The Legend of Zelda: Skyward Sword, which is set for release on July 16, 2021, for the Nintendo Switch. Pre-orders have since sold out on Amazon, and it was listed as the best-selling game on the company’s American website.

A rare, sealed copy comes up for sale

The copy of The Legend of Zelda which came up for auction is part of an early limited production run of the NES game from late 1987. This version was only released for a few months before being replaced by the “Rev-A” variant in early 1988, and it is believed to be just one of two sealed “NES TM” copies graded by WataGames. 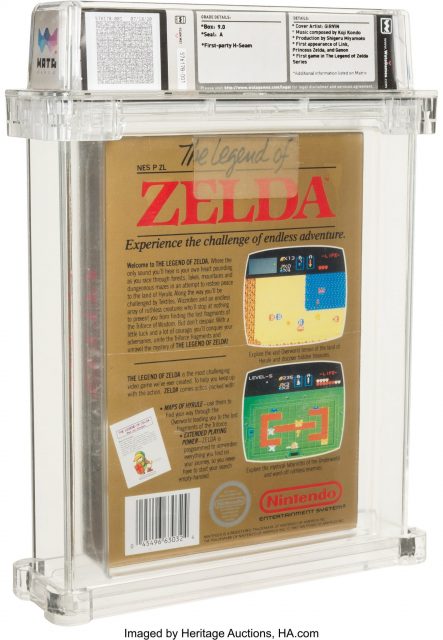 The professional grading company gave the copy of the game a 9.0/A grade out of a possible score of 10. Nostalgia for the original NES remains strong, as shown in 2016 when Nintendo released a mini-version of the console with 30 built-in games for $59.99.

The rare video game came up for sale during Heritage Auction’s first-ever Video Games Auction. The auction house, located in Dallas, Texas, described the copy as “the apotheosis of rarity, cultural significance, and collection centerpieces. A proverbial trifecta of collector perfection that only one will receive the honor of calling their own.”

The auction house wouldn’t say how they came across the still-sealed copy and refused to comment on the seller. The auction occurred on July 9, with the bidding starting at $100,000. By the end, the price had climbed to a whopping $870,000, making it the most expensive video game ever sold.

“I had a lot of confidence in this game, and, yet, I still feel like the reality of today’s bidding exceeded my vision of how it would play out,” said Valarie McLeckie, Heritage Auctions’ Video Game Specialist. “Making history is never an easy thing. I’m just really proud we got to be part of this yet again.”

The record was previously held by a copy of the Super Mario Bros., which sold at auction in April 2021 for $660,000. The sealed copy was found at the bottom of a desk drawer and had received a professional grading of 9.6/A by WataGames.