Madonna was born to Catholic parents Silvio Anthony “Tony” Ciccone (b. 1931) and Madonna Louise Fortin (c. 1933 – December 1, 1963) in Bay City, Michigan, on August 16, 1958. Her father’s parents were immigrants from Pacentro, Italy, while her mother was of French-Canadian ancestry.Tony worked as an engineer designer for Chrysler and General Motors. Since Madonna had the same name as her mother, family members called her “Little Nonni”. She has two elder brothers, Anthony (born 1956) and Martin (born 1957), and three younger siblings, Paula (born 1959), Christopher (born 1960), and Melanie (born 1962).

Here’s a collection of rare and beautiful photos of a young Madonna at age 18 taken by Peter Kentes in 1976. 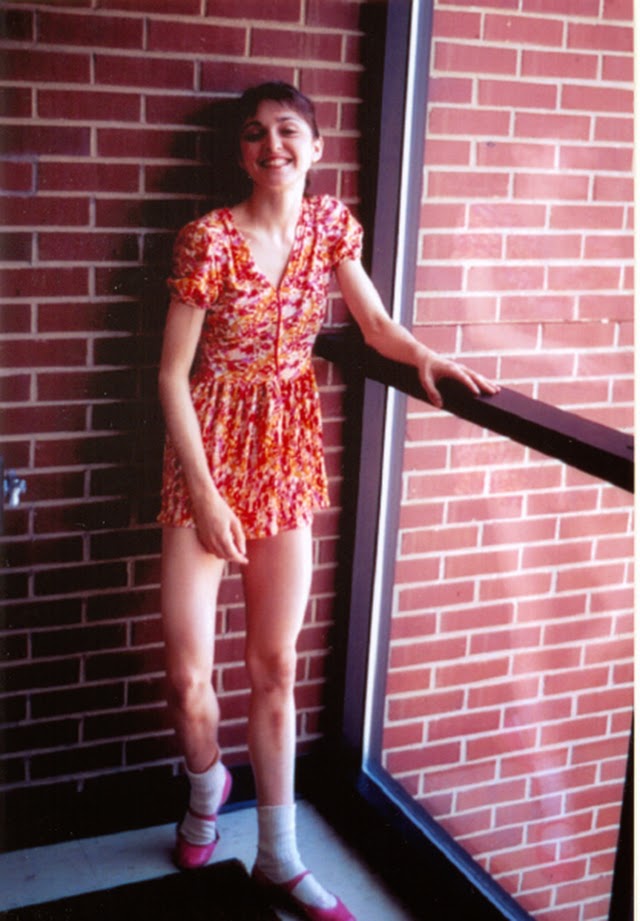 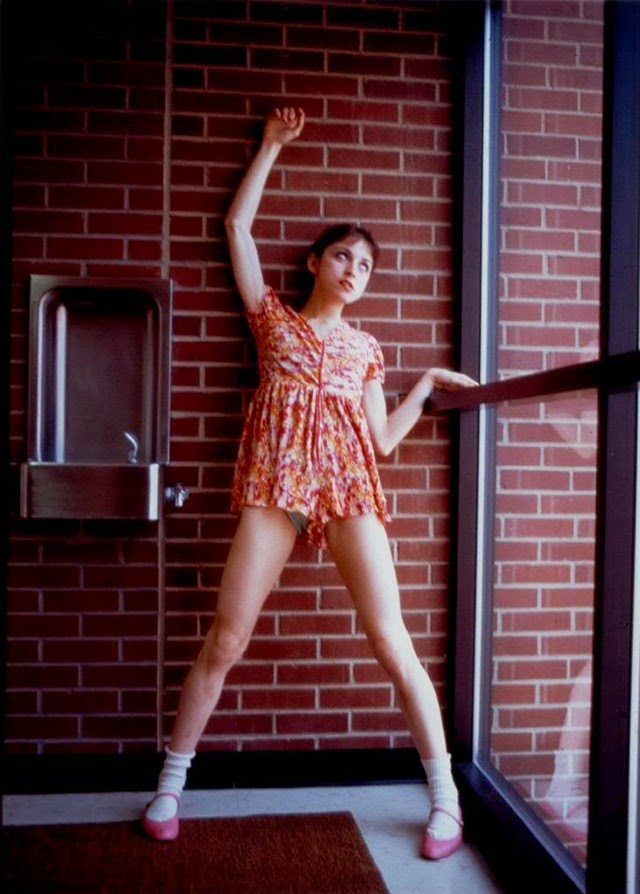 Madonna turned to her paternal grandmother for solace. The Ciccone siblings resented housekeepers and invariably rebelled against anyone brought into their home ostensibly to take the place of their beloved mother. Madonna later told Vanity Fair that she saw herself in her youth as a “lonely girl who was searching for something. I wasn’t rebellious in a certain way. I cared about being good at something. I didn’t shave my underarms and I didn’t wear make-up like normal girls do. But I studied and I got good grades…. I wanted to be somebody.” Terrified that her father Tony could be taken from her as well, Madonna was often unable to sleep unless she was near him. 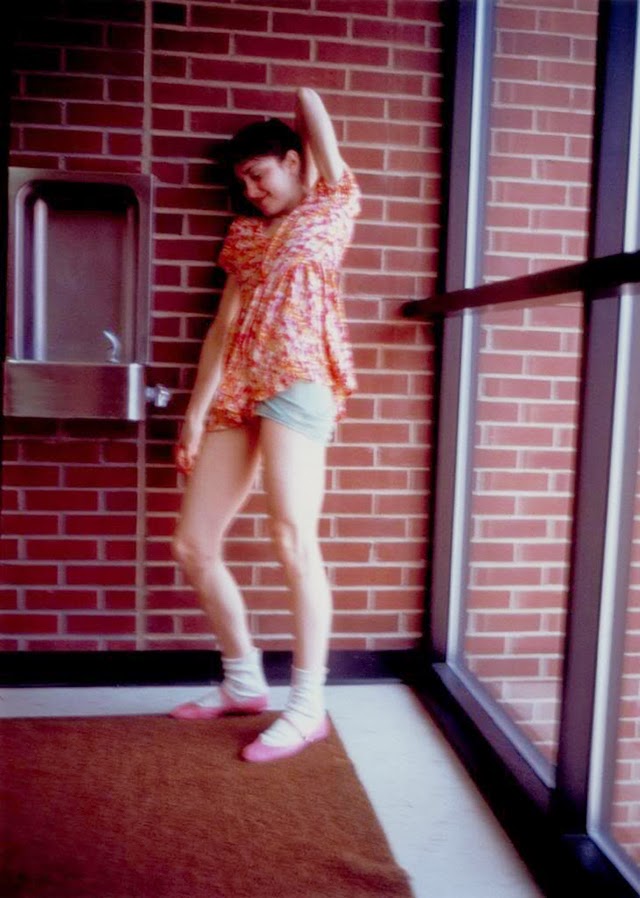 Upon being confirmed in 1966, she adopted Veronica as a confirmation name.She was raised in the Detroit suburbs of Pontiac and Avon Township (now Rochester Hills). Months before her mother died of breast cancer, Madonna noticed changes in her behavior and personality, although she did not understand the reason. Her mother was at a loss to explain her medical condition, and often began to cry when Madonna questioned her about it. Madonna later acknowledged that she had not grasped the concept of her mother dying. 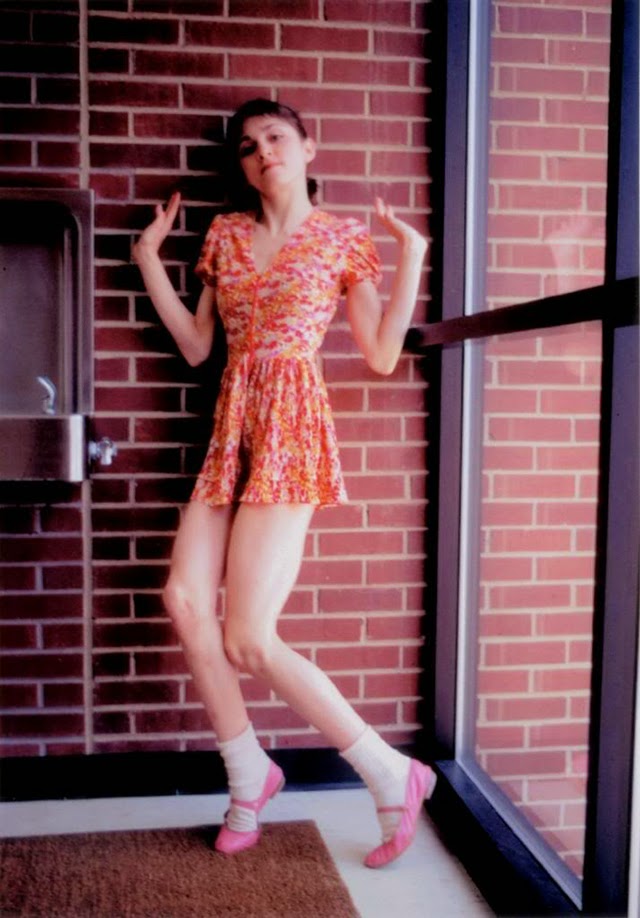 In 1966, Tony married the family’s housekeeper Joan Gustafson; they had two children, Jennifer (born 1967) and Mario (born 1968). At this point, Madonna started to resent him for decades and developed a rebellious attitude.She attended St. Frederick’s and St. Andrew’s Catholic Elementary Schools, and West Middle School. Madonna was known for her high-grade point average and achieved notoriety for her unconventional behavior. She would perform cartwheels and handstands in the hallways between classes, dangle by her knees from the monkey bars during recess, and pull up her skirt during class—all so that the boys could see her underwear. 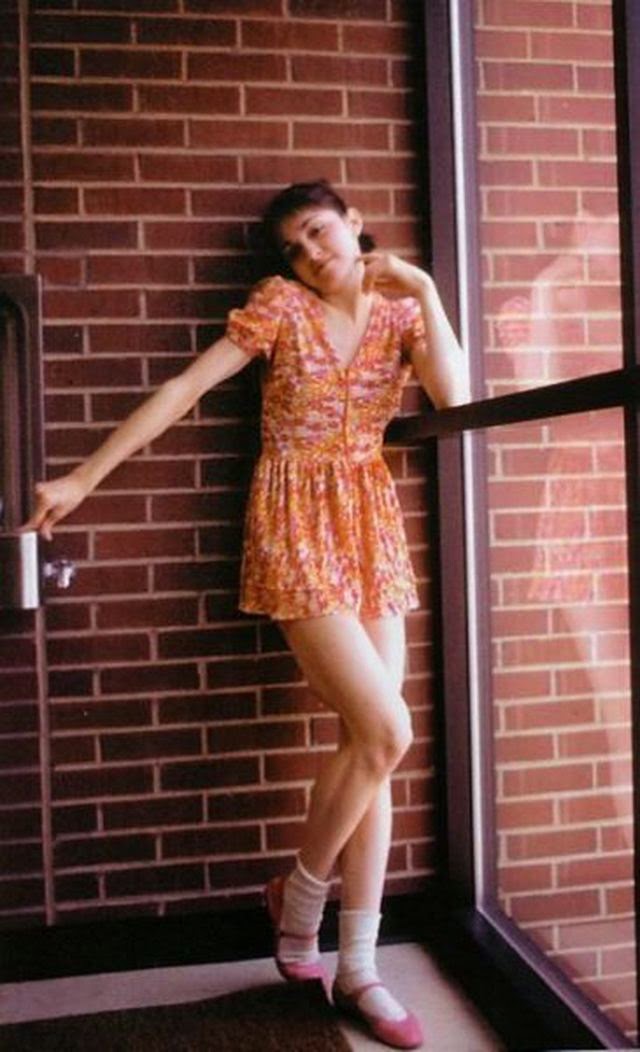 Madonna later attended Rochester Adams High School where she became a straight-A student and a member of the cheerleading squad. After graduating, she received a dance scholarship to the University of Michigan School of Music, Theatre & Dance, and attended the American Dance Festival over the summer. She convinced her father to allow her to take ballet lessons  and was persuaded by Christopher Flynn, her ballet teacher, to pursue a career in dance. 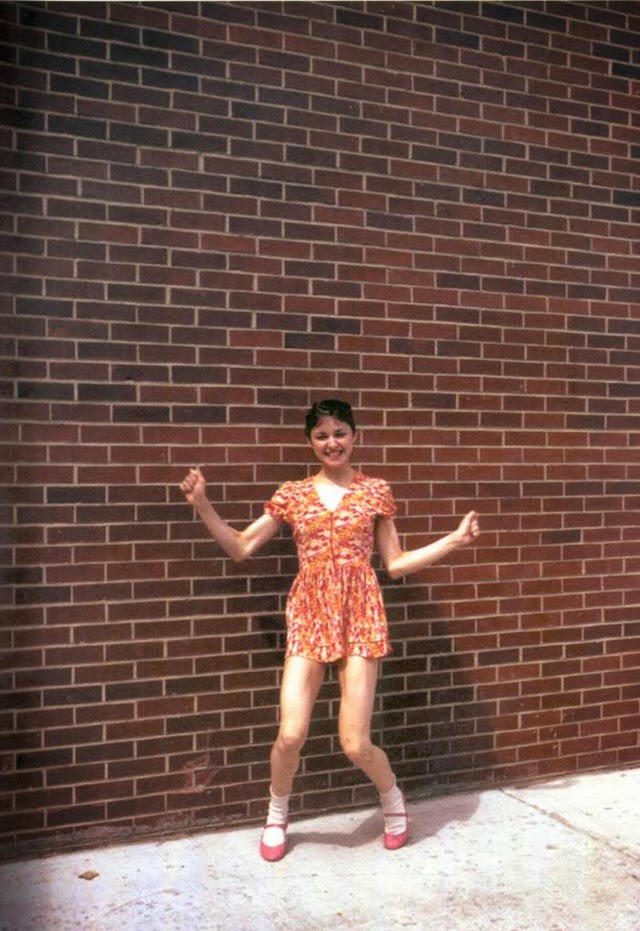 In 1978 she dropped out of college and relocated to New York City. She had little money and worked as a waitress at Dunkin’ Donuts and with modern dance troupes, taking classes at the Alvin Ailey American Dance Theater and eventually performing with Pear Lang Dance Theater.  Madonna said of her move to New York, “It was the first time I’d ever taken a plane, the first time I’d ever gotten a taxi cab. I came here with $35 in my pocket. It was the bravest thing I’d ever done.”  She started to work as a backup dancer for other established artists. During a late night, Madonna was returning from a rehearsal, when a pair of men held her at knifepoint and forced her to perform fellatio. Madonna later commented that “the episode was a taste of my weakness, it showed me that I still could not save myself in spite of all the strong-girl show. I could never forget it.”

While performing as a backup singer and dancer for the French disco artist Patrick Hernandez on his 1979 world tour, Madonna became romantically involved with musician Dan Gilroy. Together, they formed her first rock band, the Breakfast Club, for which Madonna sang and played drums and guitar. In 1980  or 1981 she left Breakfast Club and, with her former boyfriend Stephen Bray as drummer, formed the band Emmy. The two began writing songs together, and Madonna later decided to market herself as a solo act.Their music impressed DJ and record producer Mark Kamins who arranged a meeting between Madonna and Sire Records founder Seymour Stein. 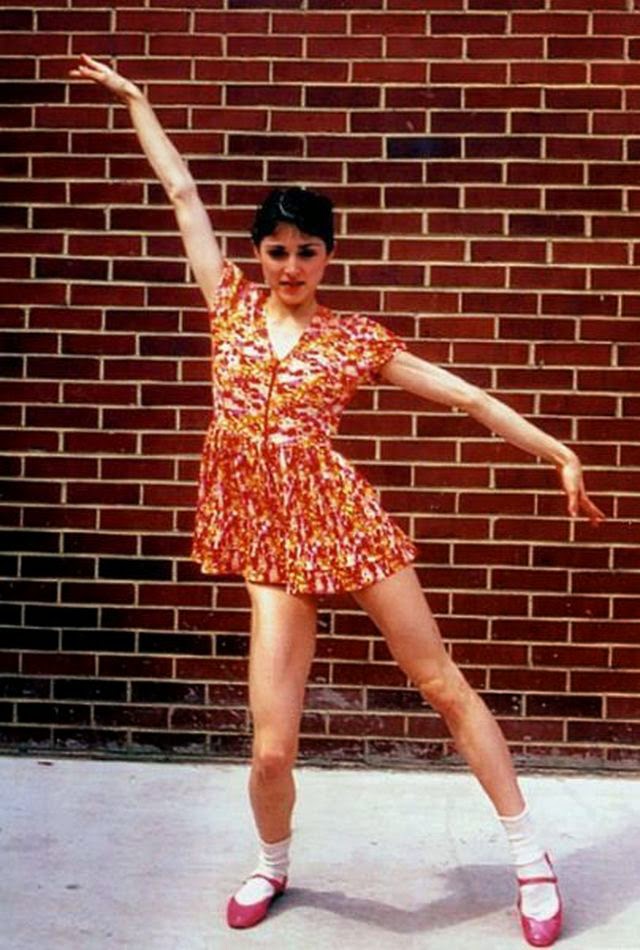 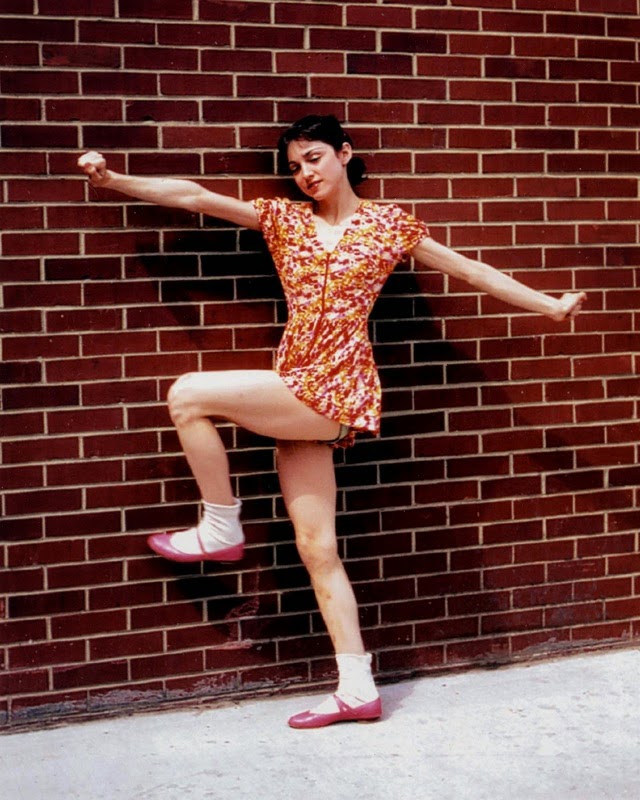 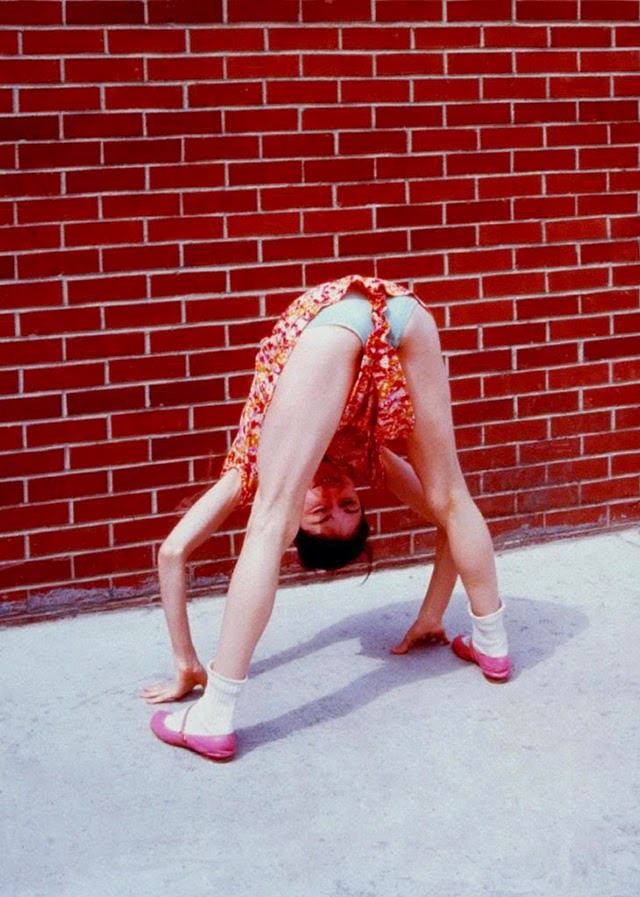 « These Beautiful vintage Circus posters will take your back in time!
The abandoned Antarctic Post Office reopened: 50-years earlier “everything was left behind” »