Did He Really Love Lucy? The Tumultuous Relationship of Lucille Ball And Desi Arnaz

Lucille Ball and Desi Arnaz were television’s dream couple. They starred in the hit sitcom I Love Lucy, entertaining viewers each week with their antics and love story. While they were relationship goals on TV, their actual marriage wasn’t as rosy. Infidelity and drinking plagued the couple, and it eventually led to their highly publicized split.

The pair met in 1940 while working on the RKO Pictures musical comedy Too Many Girls. Lucille had been cast in the leading role of Connie Casey, while Desi was to play Manuelito, the bandleader. He’s said to have not been too impressed with Lucille upon their first meeting, but he soon fell for the redhead. 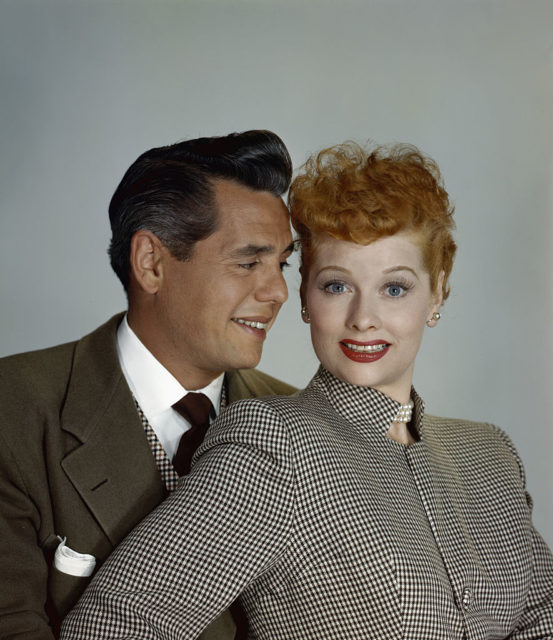 Desi made the first move. He approached the starlet and asked if she knew how to rumba, after which he demonstrated his dance skills. He promised to teach Lucille, but on one condition: that she go on a date with him.

The rest, as they say, is history. The couple became enthralled in a whirlwind romance. Lucille was intrigued by Desi’s “playboy” reputation, and friends say she was eager to please him. Six months after their first meeting, the couple eloped. It’s reported Desi proposed after Lucille got wind he’d met up with former flame Betty Grable. His solution was to ask Lucille to be his wife. 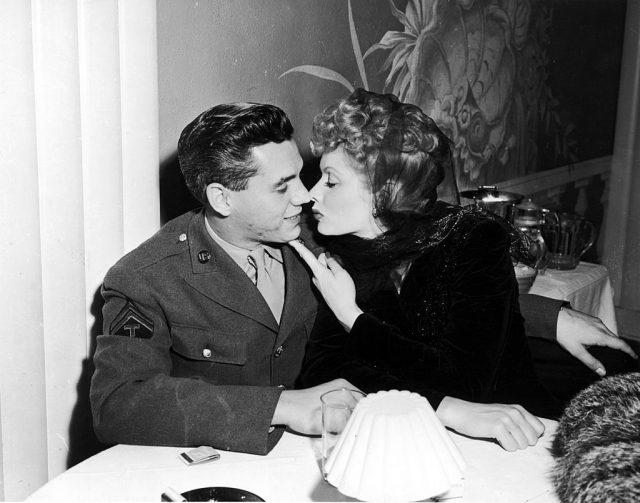 “I never fell in love with anyone quite so fast,” said Lucille. “He was very handsome and romantic. But he also frightened me, he was so wild. I knew I shouldn’t have married him, but that was one of the biggest attractions.”

Teaching him a lesson

Lucille and Desi’s marriage didn’t slow their hectic lives. She remained in Los Angeles, working on her career, while he continued to tour the U.S. with his band. Even when they were in the same city, they rarely saw each other. When Desi returned home in the early hours from a gig, Lucille was often heading out the door for work.

Marriage also didn’t stop the bandleader’s womanizing ways. Rumors continued regarding his escapades with women. One claimed he’d been out drinking with actor Mickey Rooney during a government-sponsored goodwill tour, during which he got up to trouble. In response to this, Lucille embarked on her own short-lived affair with Robert Mitchum. 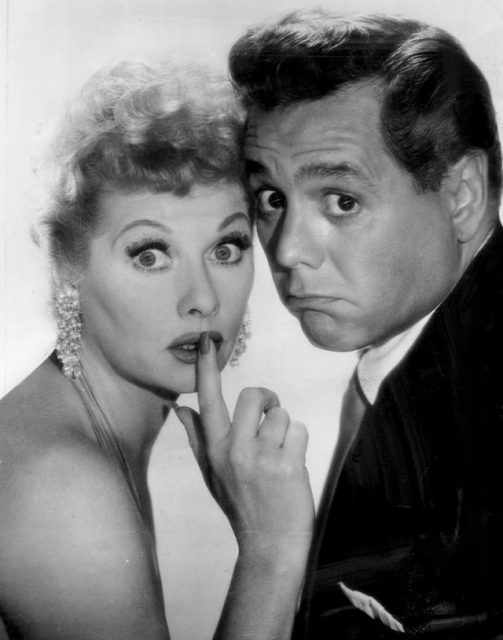 The couple were frequently arguing and having screaming matches over the phone. Lucille was tired of his infidelity and excessive drinking, and in 1944 filed for divorce “to teach [him] a lesson.” She obtained an interlocutory decree, which was voided after she and Desi reconciled.

To save their marriage, the pair resolved to work on more projects together. The opportunity came with the television show, I Love Lucy, which followed the success of Lucille’s radio series, My Favorite Husband. She was able to convince CBS executives to hire Desi as her on-screen husband, and the pair eventually turned this working relationship into a business with their production company, Desilu. 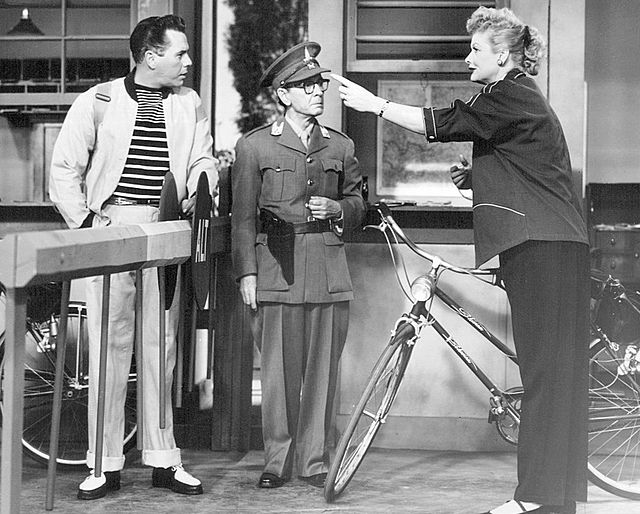 The show was a hit, but its success didn’t quell the turmoil in their marriage. While they appeared to be the perfect couple on the small screen, behind the scenes, they were constantly fighting. According to their daughter, Lucie, they fought “all the time,” and she and her brother grew up with “a lot of anger and screaming.” The pair’s on-screen son, Keith Thibodeaux, also noticed the tension.

The main issues continued to be Desi’s alcoholism and infidelity. His drinking got increasingly out of control as his work stress grew, and he was often escorted home by police after drunken brawls and misconduct. An incident in 1959, when he was arrested for public drunkenness, was particularly embarrassing for Lucille. 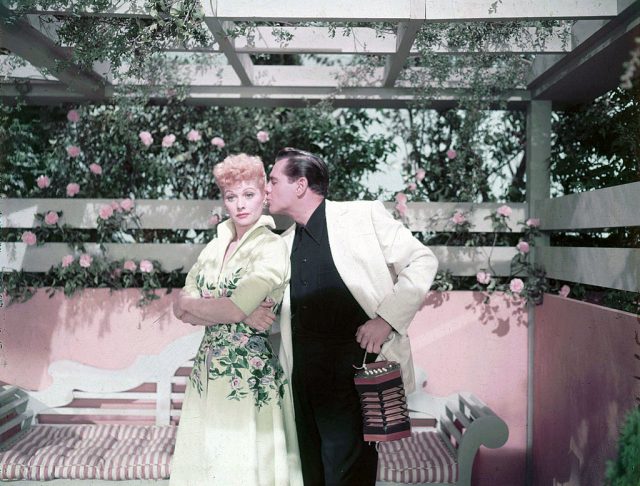 The final straw came when Confidential magazine published an article, titled “Does Desi Really Love Lucy?” in January 1955. It was then that Desi’s trysts with other women became public knowledge, and the story is said to have “drained the joy” from the pair’s marriage.

On March 3, 1960, Lucille once again filed for divorce with the Santa Monica Supreme Court. She claimed the marriage was “a nightmare” and nothing like it appeared in I Love Lucy. As proceedings continued, she went so far as to admit that “it got so bad that I thought it would be better for us not to be together.” 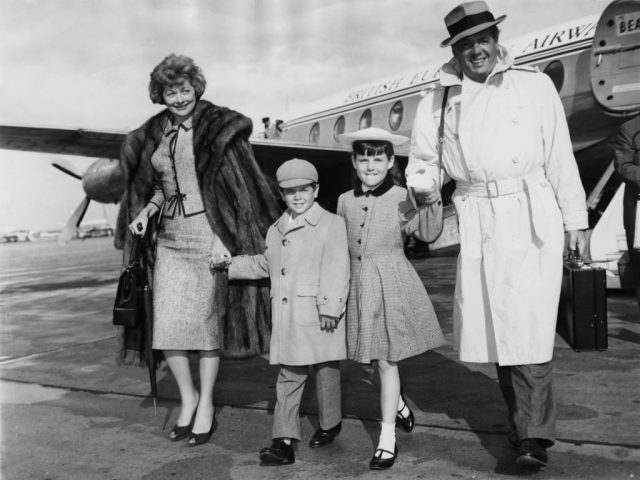 The separation was finalized on May 4, 1960. Lucille called it the darkest moment of her life, citing the disappointment it caused fans. Desi soon left the entertainment industry and turned his attention to real estate. Two years later, Lucille bought him out of Desilu and went on to sell it to Gulf & Western for $17 million.

Better separated than together

Lucille and Desi moved on to other partners. In 1962, she married comedian Gary Morton, while Desi married Edith Hirsch. Despite their divorce, they remained close and in constant contact. Friends claim they never fully got over each other.

“We had 20 wonderful years together and we’re still close,” said Desi in 1980. “We’ve got some wonderful kids. Now, we’ve got a grandson […] So we’re very close and we’re very good friends. I still love her very much.” 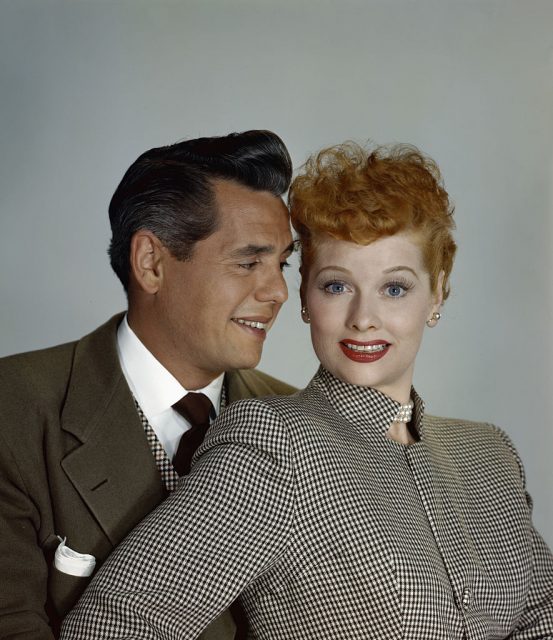 After Desi was diagnosed with lung cancer in the mid-1980s, he and Lucille spoke on the phone several times a day. When he passed away in 1986, Lucille attended his funeral service. She died just three years later, due to an aortic rupture.

« Glenn’s Got Guts: Eye-Opening Facts About John Glenn
Before They Were Big, They Guest Starred On ‘The Golden Girls’ »