Is Keira Knightley a Time Traveler? The Best Historical Films to Feature Her

It seems as though actress Keira Knightley has worn more corsets than modern-day clothes in the films she stars in. Although Knightley made a name for herself in films such as Bend It Like Beckham (2002) and Love Actually (2003), she is best known for being the star of many period pieces. Here we break down Keira Knightley’s best roles in historical films, proving that she is truly a time traveler of the big screen.

1. Pirates of the Caribbean 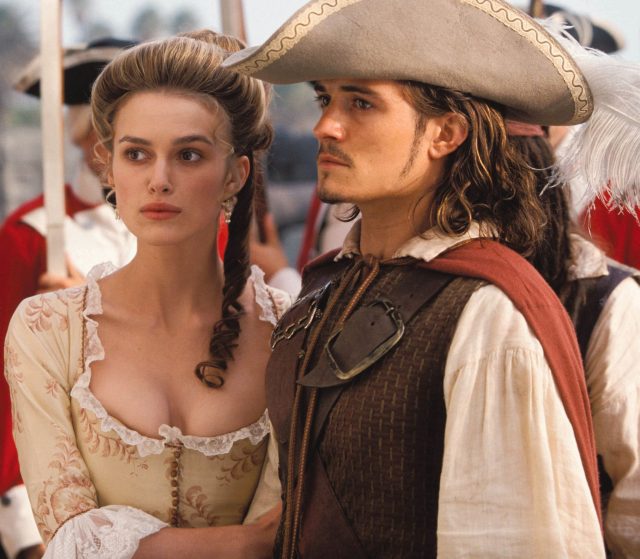 Elizabeth Swann is the daughter of Port Royal’s governor and embarks on an adventure with pirates which spans over four films that she is featured in. Knightley was a primary character in the first three installations of the Pirates of The Caribbean franchise – The Curse of the Black Pearl (2003), Dead Man’s Chest (2006), and At World’s End (2007). She made a cameo appearance in the 2017 installation Dead Men Tell No Tales, but has made it clear she will no longer be appearing in any Pirates films. 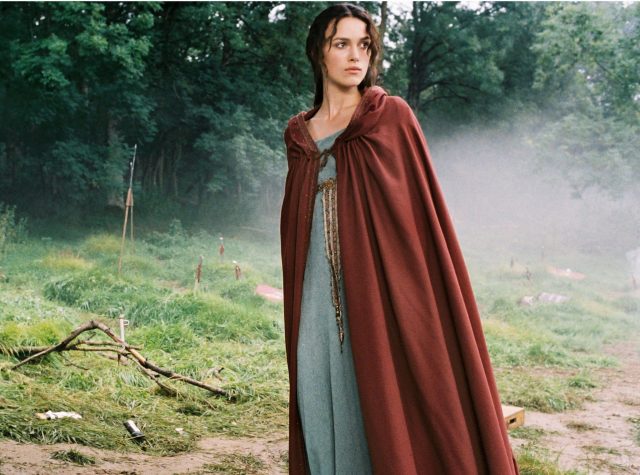 Although the 2004 version of King Arthur strays far from the legend, Keira Knightley’s role as Guinevere solidified her as a rising actress. Her role in Pirates of the Caribbean originated as a damsel in distress, but her role in King Arthur was that of a warrior princess, which required her to do heavy lifting to accurately portray the part of Guinevere. 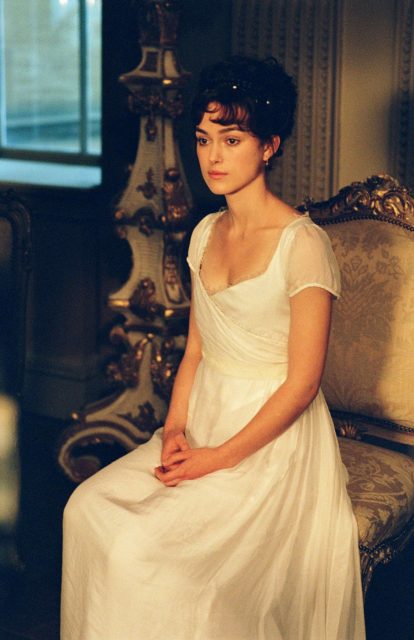 One of Knightley’s most successful movies was the film adaptation of Jane Austen’s novel, Pride and Prejudice, in 2005. Set during the Regency era in England, Knightley received glowing reviews for her portrayal as Elizabeth Bennet. In fact, Knightley’s performance in Pride and Prejudice earned her both a Golden Globes and Oscar nomination for Best Actress in 2006. 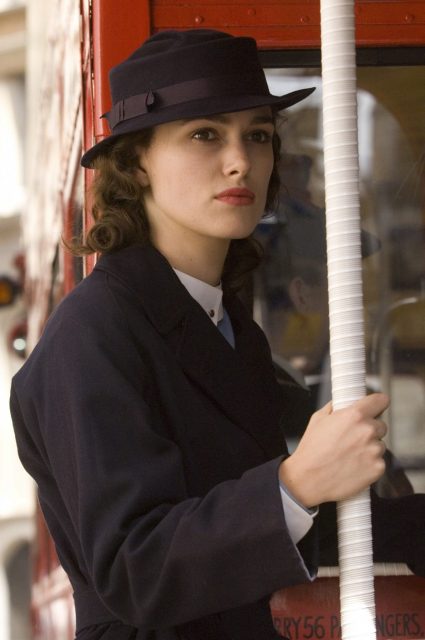 Keira Knightley transports her audience to the 1930s in the 2007 historical drama, Atonement. Keira Knightley plays a young, upper-class woman named Cecilia Tallis who falls for her governess’ son, named Robbie Turner (played by Hames McAvoy). Cecilia’s younger sister Briony Tallis (played by Saoirse Ronan) falsely accuses Robbie Turner of rape, and later he is sent to the beaches of Normandy. For her role as Cecilia Tallis, Knightley was again nominated to the Oscars and Golden Globes for Best Actress in a Leading Role. 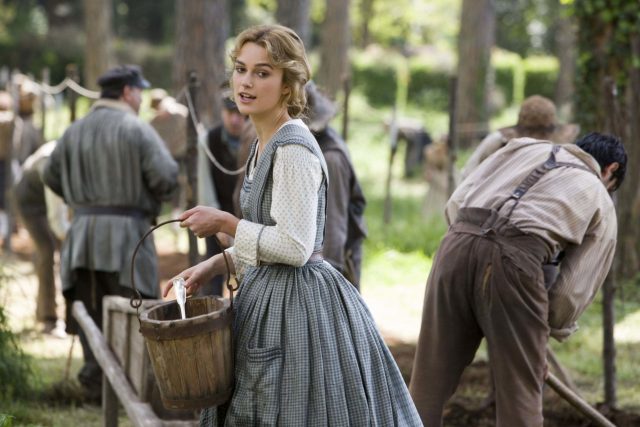 In the 2007 movie Silk, Keira Knightly travels back in time to the 1860s. She plays a French woman named Hélène, whose husband Hervé (played by Michael Pitt) lives off silkworm culture. Hervé goes to Japan to purchase silkworms and falls in love with a mysterious, unnamed woman (played by Sei Ashina). After Hélène dies an untimely death, Hervé realizes it was Hélène who he loved the entire time. 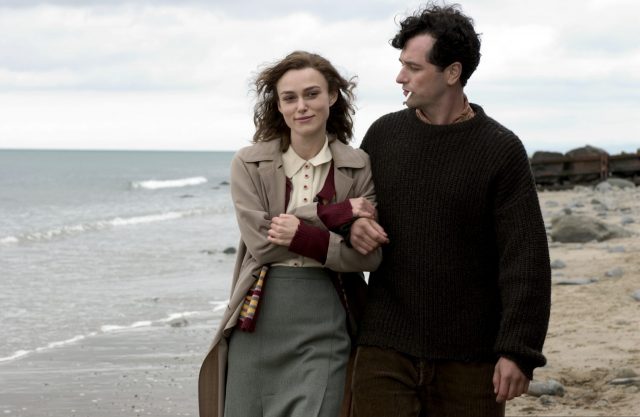 Interestingly enough, the script for The Edge of Love was written by Keira Knightley’s mother, Sharman Macdonald. The story follows the life of Welsh poet, Dylan Thomas (played by Matthew Rhys), and his wife Caitlin Macnamara (played by Sienna Miller), and their married friends Vera (Keira Knightley) and William Killick (played by Cillian Murphy). The movie is set in war-torn London, and is an extremely complex story about the four individuals involved. 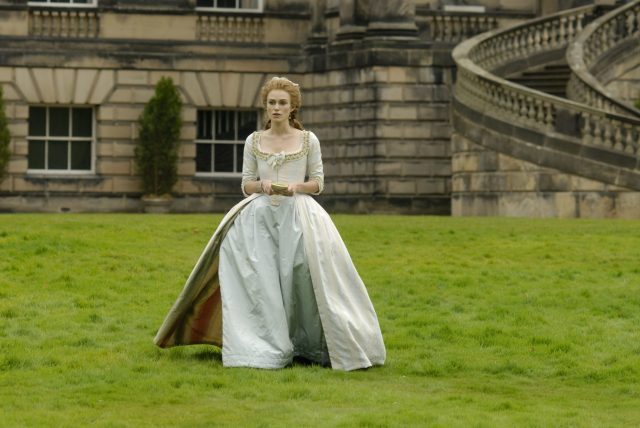 The Duchess is another movie that majorly defined Knightley’s career as a serious period-piece actress. The movie was inspired by the life of Georgiana Spencer, portrayed by Knightley in the movie. She is married off to the Duke of Devonshire (played by Ralph Fiennes) when she is very young and initially imagines a happy life with him. She quickly becomes disillusioned by him, and is heartbroken when it becomes apparent her husband sees her only as a way to get a male heir. 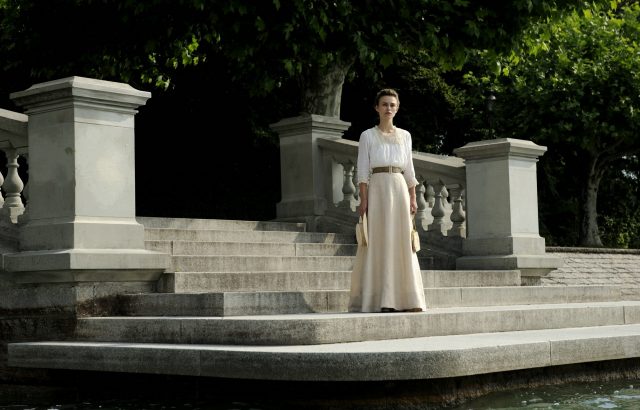 A Dangerous Method takes a look at the birth of psychoanalysis at the turn of the twentieth century. Keira Knightley portrays a young woman named Sabina who is suffering from hysteria. She is first treated by psychoanalyst Carl Jung (played by Michael Fassbender), and the two quickly become lovers. The relationship becomes more complicated when Sigmund Freud (played by Viggo Mortensen) joins in. Although many aspects of the film are fictionalized, its inspiration is taken from true events. 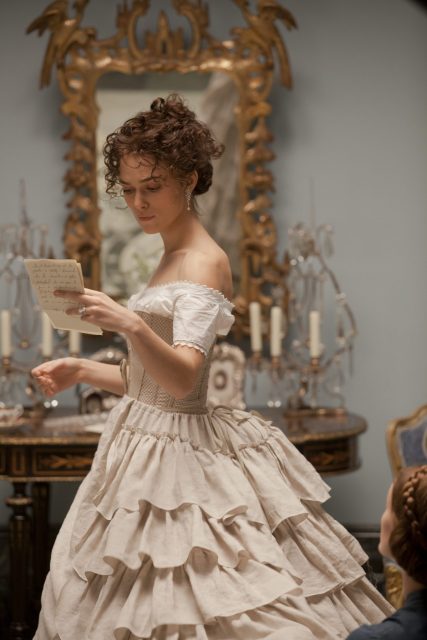 Keira Knightley plays Anna Karenina in the 2012 film adaption of Leo Tolstoy’s classic novel. This movie was set in 1874 and examines the imperial court of Russia. Anna (Knightley) is married to the important Russian statesman, Alexis Karenina (played by Jude Law). She embarks on an affair with Count Vronsky (played by Aaron Taylor-Johnson), despite its risks. The film won an Academy Award for Best Costume Design. Fabulously enough, Chanel created jewelry specifically for the film and Knightley herself. 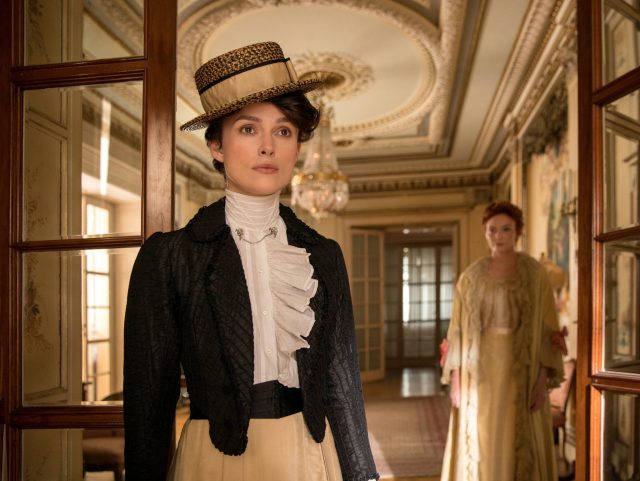 The 2018 biographical drama Colette follows the life of French novelist Gabrielle Colette. The movie is set at the end of the nineteenth century in France when Colette (Keira Knightley) marries the writer Willy (played by Dominic West), for whom she writes the series Claudine. For a while, Colette is happy in her marriage with Willy, but she comes to resent him. 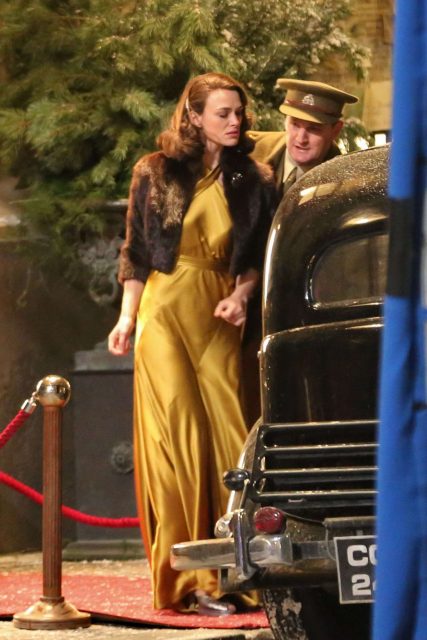 More from us: 10 ‘A League Of Their Own’ Facts That Are Just As Peachy As The Film

The Aftermath is set in post-World War II Germany, when a British colonel and his wife Rachael Morgan (played by Knightley) are assigned to live in Hamburg during post-war reconstruction. The couple shares a house with a German family, and Rachael begins to bond with the German Stefan Lubert (played by Alexander Skarsgård) over loss, and the two begin having an affair.

« Six Mysteries About Anne Boleyn (Or Should That Be Nan Bullen?)
12 Celebrities With Surprising Ancestors »