It seems everyone is interested in learning about genealogy these days. Companies like Ancestry.com have made it easy to gain insight into one’s history and that of others – including famous people. Here are some celebrities who have rather interesting relatives.

We have yet to meet someone who is not a fan of Tom Hanks. The beloved actor, best known for his roles in Forrest Gump and Toy Story, revealed in the 2013 National Geographic documentary, Killing Lincoln, that he is related to Abraham Lincoln. 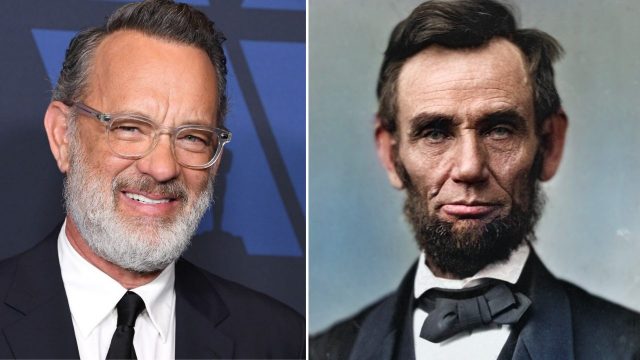 According to Hanks, he is the former president’s third cousin, four times removed. The relation can be traced back through his mother, Nancy Hanks.

Katharine Hepburn is widely considered one of vintage Hollywood‘s most famous stars. Her acting ability afforded her four Academy Awards for Best Actress, one of which was for her portrayal of 12th-century French queen Eleanor of Aquitaine in 1968’s The Lion in Winter. 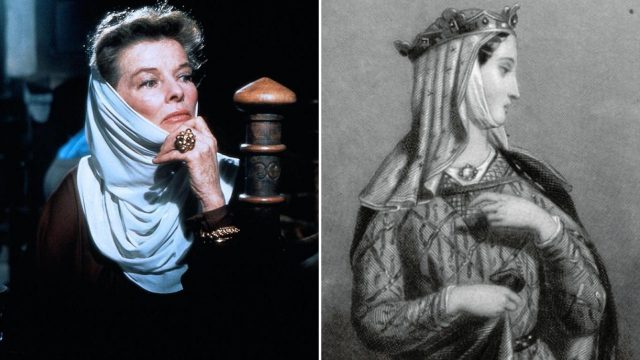 Fans of the film will be elated to learn Hepburn is actually a direct descendant of the royal. Talk about an interesting tidbit to share at your next dinner party.

“Like mother, like daughter.” No truer saying can be used to describe Janet Leigh and her daughter, Jamie Lee Curtis. Each starred in films that defined their generations – so much so that they’re still popular to this day! 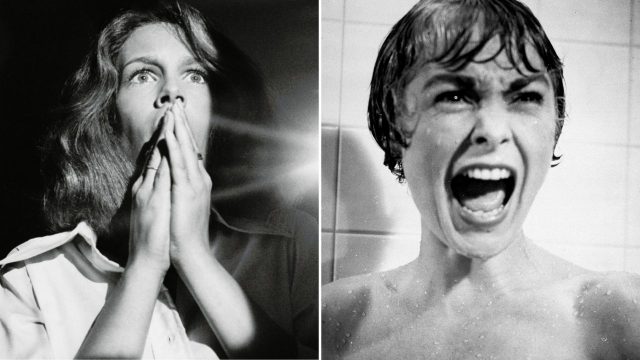 Leigh is best known for her role as Marion Crane in the Alfred Hitchcock thriller, Psycho, while Curtis launched herself into the spotlight by starring in John Lee Carpenter’s Halloween franchise.

While he’s publicly shared his dislike for Twilight, it would appear Robert Pattinson was destined to play the role of Edward Cullen. Why? Because he is a distant relative of Vlad III, better known as Vlad the Impaler. 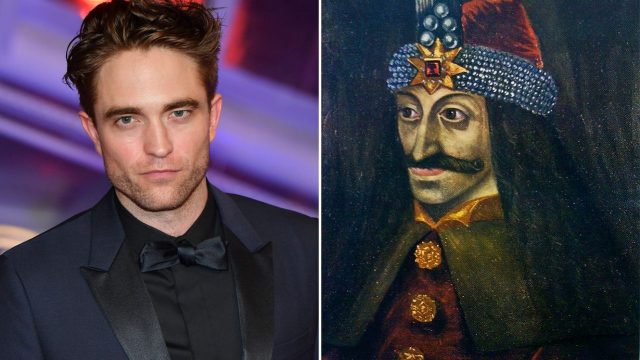 Vlad the Impaler is widely thought to be the inspiration for Bram Stoker’s novel, Dracula. He was Voivode of Wallachia three times in his life, and is considered a national hero in Romania.

One of actress Anna Chancellor’s most iconic roles was as Caroline Bingley in the 1995 film adaption of Jane Austen‘s novel, Pride and Prejudice. What many might not know is Chancellor is actually a distant relative of the famed English author. 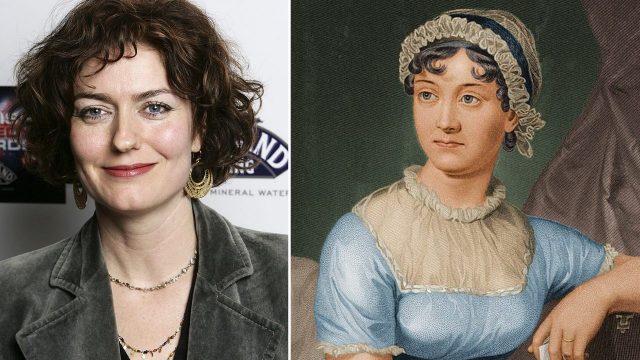 While the type of relation is debated among sources – some say Austen is her great aunt eight times removed, while others say she was actually six times removed – Chancellor’s ancestry cannot be disputed. Additionally, she’s also related to former British prime minister Herbert Henry Asquith, a relative of another star on this list.

Kit Harrington is best known for playing Jon Snow in the critically acclaimed HBO series, Game of Thrones, but did you know he once played the role of one of his ancestors? 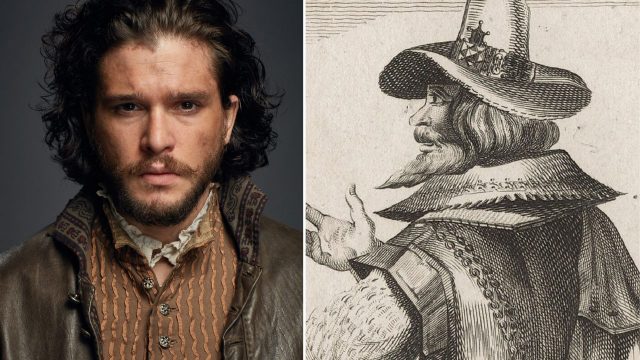 Harrington’s mother is a descendant of Robert Catesby, the mastermind behind the 1605 Gunpowder Plot to blow up the British Parliament and replace the monarchy with a Catholic one. Over 400 years later, Harrington portrayed him in the 2017 film, Gunpowder.

Anne Gwynne is considered one of Hollywood’s original scream queens, thanks to her appearance in such films as 1943’s Black Friday and 1944’s House of Frankenstein. Her storied career spanned decades, so it’s no surprise her descendants also have the acting bug. 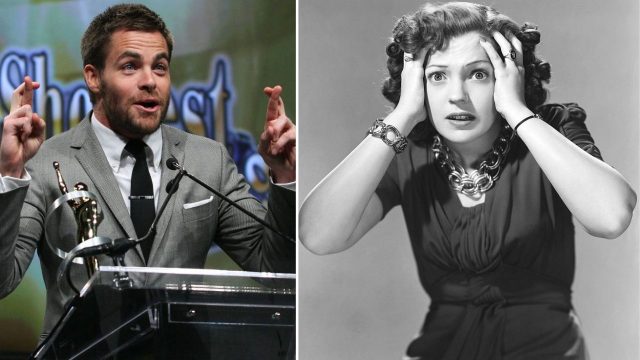 As it turns out, Gwynne is the maternal grandmother of actor Chris Pine. Many could argue his career has outshined that of his late grandmother, with starring roles in Star Trek franchise, two Wonder Woman films, and Jack Ryan.

Clint Eastwood & Henry I of England

It’s hard to believe Clint Eastwood would be related to British royalty, but that would appear to be the case. According to genealogical experts, the famed actor is a distant relative of Henry I, who served as the King of England from 1100 until 1135. 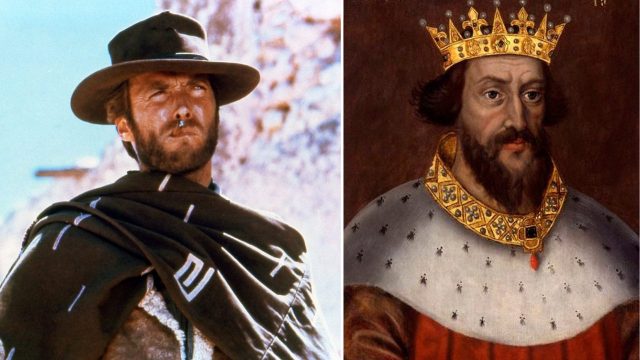 Helena Bonham Carter is related to everyone in Britain. Seriously, her genealogy is stacked with some pretty recognizable names, including the historic Fould family and Herbert Henry Asquith. Arguably, the most interesting thing about her lineage is her relation to one of Hitler‘s most wanted. 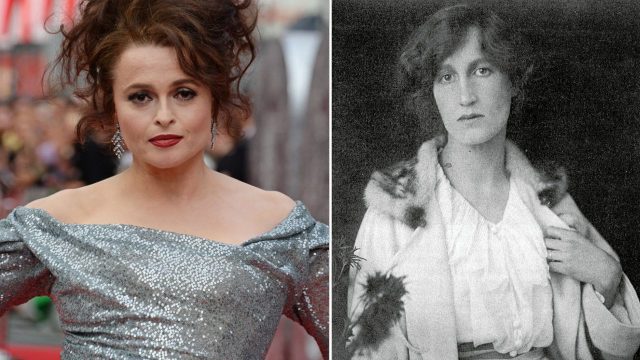 Bonham Carter’s grandmother, Violet Bonham Carter, was an outspoken critic of fascism during the 1930s. Her views were so politically charged that Hitler ended up putting her in his “black book” of anti-fascist Brits he wanted arrested.

Anna Chancellor isn’t the only celebrity to be related to a famous author. According to Harry Lloyd’s mother, Marion Evelyn, the British actor is the great-great-great-grandson of Great Expectations and A Tale of Two Cities author, Charles Dickens. 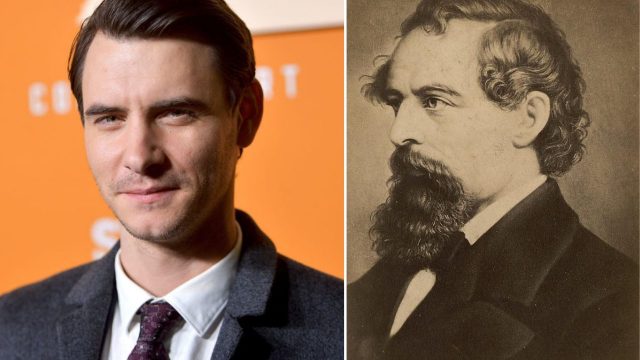 Before marriage, Marion Evelyn’s surname was Dickens. She claims she’s a direct descendant of Sir Henry Dickens, Charles Dickens’ son, who was a successful lawyer during the late 19th and early 20th centuries.

Sherlock actor Benedict Cumberbatch is another actor with royal lineage. However, unlike Clint Eastwood, his distant relative was Richard III of England. 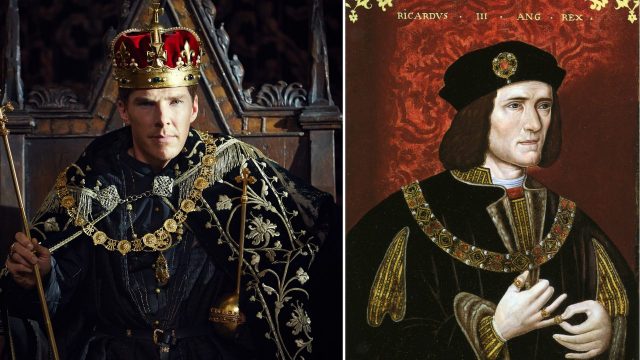 The royal, who ruled as the King of England and the Lord of Ireland from 1483 to 1485, was the last of the House of Plantaganet and the last king of the House of York. He was played by Cumberbatch in the 2012 television series, The Hollow Crown: The Wars of the Roses.

In the lead-up to the royal wedding between Kate Middleton and Prince William, the New England Historic Genealogical Society traced the Duchess’s lineage back to the first President of the United States, George Washington. According to the genealogical society, Middleton is Washington’s eighth cousin, eight times removed. The pair’s common ancestor, Sir William Gascoigne, died in 1487. 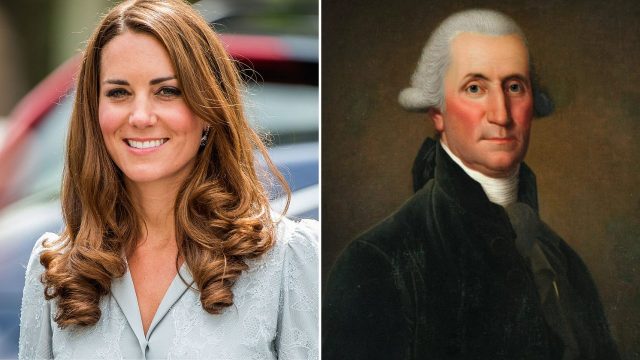 More from us: Al Pacino traces his ancestry to the actual town of Corleone in Sicily

In an unusual twist, it would appear that Prince William is also distantly related to Washington. His mother, Princess Diana, and great-grandmother, Elizabeth the Queen Mother, were his cousins.

« Is Keira Knightley a Time Traveler? The Best Historical Films to Feature Her
Until Death Do Us Part? Golden Hollywood Stars With Multiple Marriages »