Clint Eastwood is sixth decade in the movies and ninth decade on Earth! The veteran actor, director and occasional singer has been a big screen icon since A Fistful Of Dollars (1964). And he’s still going strong, starring most recently in 2018’s The Mule.

What better way of saying Happy Birthday Clint than by checking out some of his classic movies…? This top 5 is the perfect place to start…

Clint Eastwood first made his mark in the movies as The Man With No Name in director Sergio Leone’s “Dollars trilogy”. After A Fistful of Dollars and For A Few Dollars More (1965) came this meaty “Spaghetti Western”. The grizzled star wasn’t to be messed with, though here he was the “Good” guy! 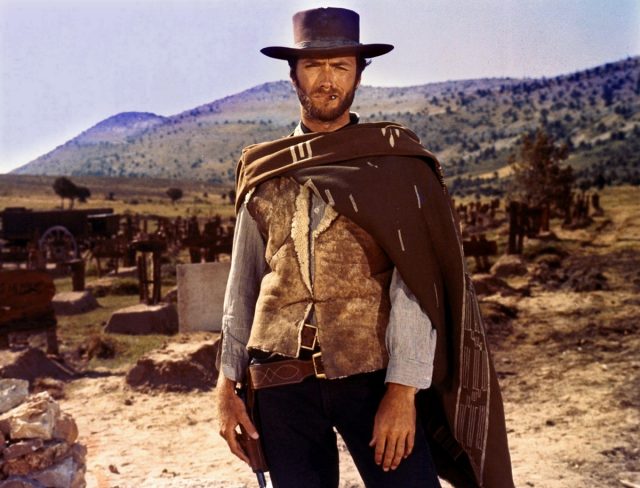 Lee Van Cleef played mercenary Angel Eyes (the “Bad”) and Eli Wallach was Mexican bandit Tuco (the “Ugly”). It was a typical Leone production, set in a remorseless sun-bleached landscape packed with filthy, amoral characters. A quest for buried treasure forms the backbone of this vivid fest from the West.

Having become a household name as clean cut cowboy Rowdy Yates in TV show Rawhide, Eastwood grasped the opportunity to wear a different kind of stetson. The Man With No Name (or “Blondie”) and Leone’s legacy still follow him around after all these years…

Having plugged villains full of holes in the Old West, Eastwood wielded a gun again as modern day cop Inspector Harry Callahan, aka “Dirty Harry”. If Leone’s Dollars trilogy formed the building blocks of the popular actor’s career, then the Callahan series cemented him into the public consciousness.

The Man With No Name said few words, but Harry had plenty. “Go ahead, make my day” – which actually didn’t appear till Sudden Impact in 1983 – is his most famous line. The title character leaves no stone unturned, or sensibility offended, in pursuit of deranged sniper Scorpio (Andrew Robinson). The setting was San Francisco, Eastwood’s birthplace. 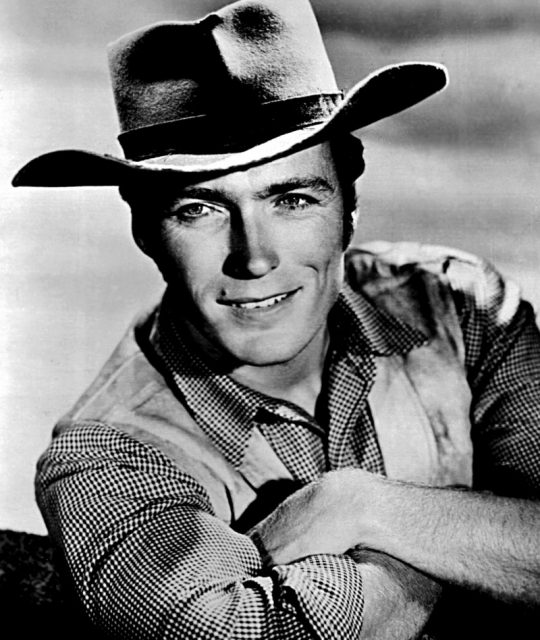 Calling the shots was Don Siegel. Eastwood collaborated with Siegel many times and was greatly influenced by him as a director. Dirty Harry is the character Eastwood’s played the most, hanging up his badge with 1988’s The Dead Pool. The star gave short shrift to any idea of a comeback, joking he’d probably need a zimmer frame more than a Magnum…

When Eastwood moved behind the camera that same year, he picked an intense and unexpected subject matter to focus on. Play Misty For Me saw him cast himself as DJ and sunshine state lothario Dave Garver, whose relationship with Jessica Walter’s Evelyn Draper takes a chilling turn.

Evelyn’s obsession with Dave becomes heart-stoppingly tense and, eventually, violent. Walter earned a Golden Globe nomination for her work, destabilizing the typically unflappable Eastwood persona. He was clearly a natural as director, and went on to a long and successful career lining the lenses. 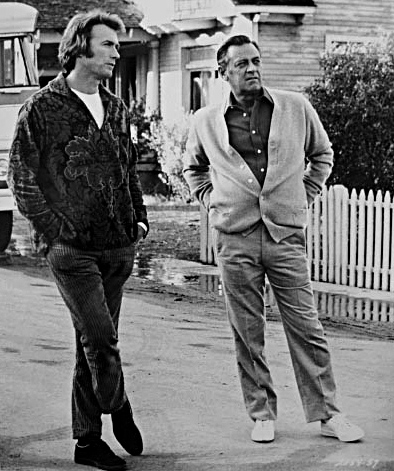 Mentor Don Siegel had a small role as a bartender, though maintained a presence on set to steady his friend’s hand. The movie also displayed Eastwood’s passion for music. Alongside title track ‘Misty’ by Johnny Burke and Erroll Garner, the film played Roberta Flack’s ‘The First Time Ever I Saw Your Face’. The crew even squeezed in a trip to the Monterey Jazz Festival…

By the mid-Seventies, Eastwood had a few credits under his belt as director. In The Outlaw Josey Wales he took audiences back to the grittier side of American history, namely the American Civil War. Despite the visceral subject matter, Eastwood felt his picture made an anti-war statement.

Based on the novel ‘Gone To Texas’ by Forrest Carter, it follows the fortunes of Wales (Eastwood), who changes from grieving farmer to vengeful gunfighter, finally winding up as a bullet-flinging fugitive. Like Dirty Harry, it was selected for the Library of Congress’s National Film Registry, one of the highest American movie accolades.

Among the cast was the late Sondra Locke (1944 – 2018). The Outlaw Josey Wales marked the beginning of a long professional and personal relationship between her and Eastwood. Things ended acrimoniously for the pair, yet they made some profitable films together such as The Gauntlet (1977), Every Which Way but Loose (1978) and Sudden Impact.

The crowning achievement of Eastwood’s Western movies is Unforgiven. The violent yet thoughtful tone of this multi-award winning drama showed the star and director in reflective mood. Dedicating it to Sergio Leone and Don Siegel, Eastwood won an Oscar for his work on the picture.

His character William Munny, a reformed cold-blooded outlaw, calls to mind his great gunslingers of the past. Called into action to help a group of prostitutes take revenge against their customers, his descent back into savagery is both powerful and heartbreaking.

Related Article: Clint Eastwood – The Quintessential Cowboy who was Allergic to Horses

Where will Clint Eastwood’s career take him next? The run up to his centenary is bound to be interesting. Many Happy Returns!