In virtually every area of the globe, human beings have inflicted unspeakable pain and sorrow on one another. But it wasn’t until the 20th century that the intersection of revenge, desperation, bizarre science, and racial politics resulted in what most consider the first example of intentional and industrial mass murder.

Of course, we are speaking of the Nazi killing machine and its targeting of racial minorities and “enemies of the State,” most notably the Jewish population of Europe.

We are always learning more about the Holocaust and what happened during the Nazi occupation of most of Europe. 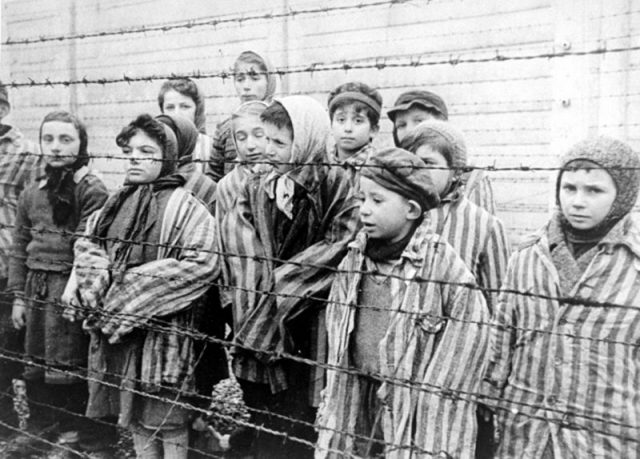 In a previously little-known compound for children located in Lodz, Poland, a supervisor walked into a sleeping area, to check on (and remove if necessary) a boy who had developed a bacterial infection combined with an infestation of vermin so bad that part of his flesh was rotted away before he died.

Pulling up his blanket with a stick, much of his skin, both dried out and pus-ridden, came off on the blanket itself. The contemporaneous letter describing it still exists. 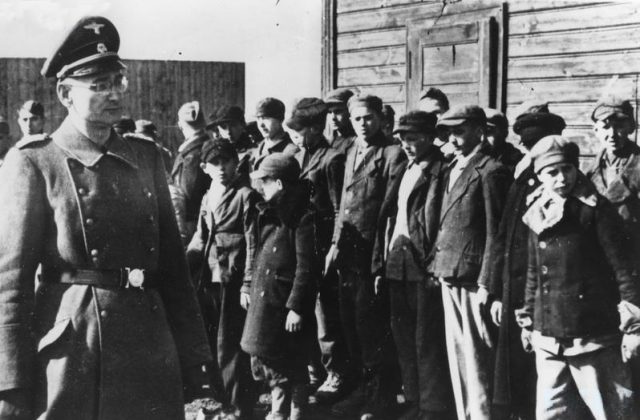 Roll-call for boys at the main children’s concentration camp in Łódź, to which KZ Dzierżązna for Polish girls as young as eight, belonged to as a sub-camp.

This child was an inmate at the children’s camp on Przemyslowa Street in Lodz, which was located within the Lodz Ghetto. The camp was open from 1941 to 1945.

You might be asking how that was possible, as it is well known that most of the children were sent to Auschwitz, just two and a half hours to the south by train. In Holocaust history, you find there are always exceptions. 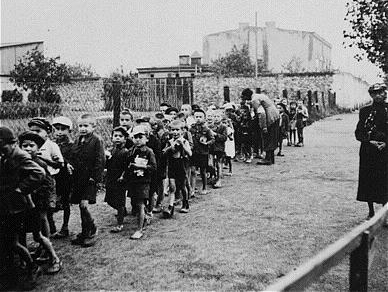 Ghetto Litzmannstadt. Children rounded up for deportation to the Kulmhof extermination camp.

When Auschwitz itself was liberated by the Red Army, almost 200 children were found alive.

Those in the special children’s camp were not Jewish, however. They were Poles whose parents were either dead, missing or unaccounted for, or incarcerated. Many of these children were caught either committing petty crimes such as stealing food or (to get food), begging. 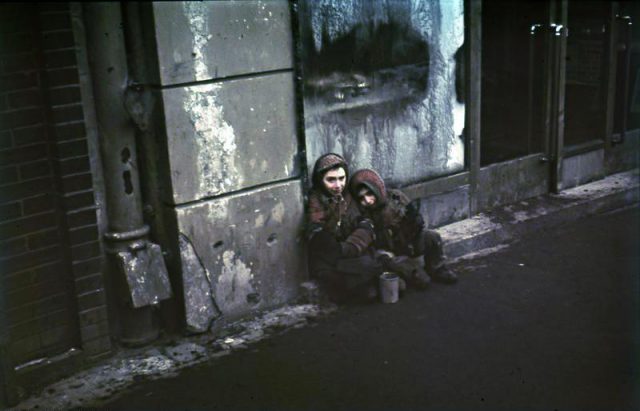 The racial “scientists” of the Third Reich believed that many blond and blue eyed Poles, whose families had lived under German rule (the country had been divided between Prussia/Germany, Austria, and Russia for centuries, only winning its independence in 1918) had in some cases inter-married and that the important Aryan traits needed to be returned to the German reproductive pool.

According to noted historian and journalist Gitta Sereny, who was famous for having interviewed Treblinka camp commandant Franz Stangl, nearly 400,000 Polish children were sent to Germany as prospective “Aryans.” 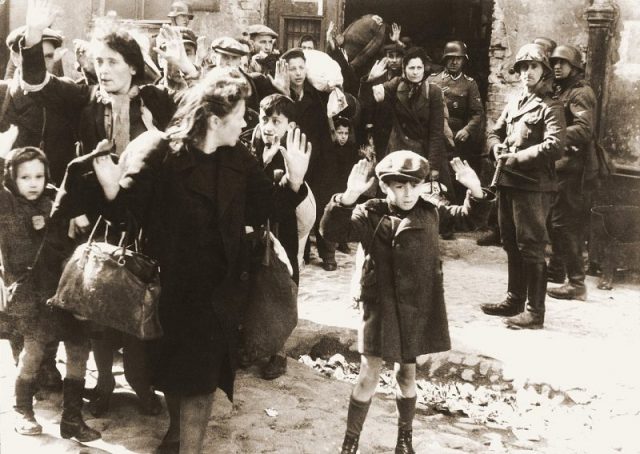 To remove poor, emaciated, begging children from the street of what the Germans were hoping was to be a new German (and German-ized) showpiece city called “Litzmannstadt” was the first purpose of the camp.

Parent-less children from surrounding areas were sent there as well.

The second purpose was vetting the children for Aryan characteristics. Some of the “lucky” ones were sent to Germany to perhaps be raised by a childless German couple.Others were sent to camps in Germany to be placed later. 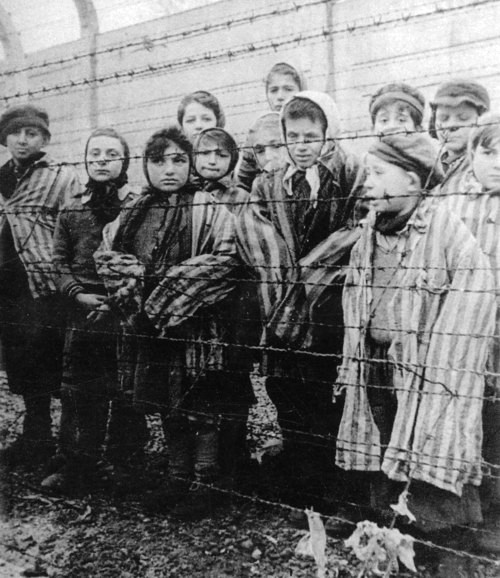 Child survivors of the Holocaust.

Many more remained at the camp in Lodz, where conditions were abysmal. Children as young as two were forced to work at crafts and small-scale industrial projects.

Those children who could not keep up, or who committed “infractions” (such as wetting the bed), were punished by beatings, hours of calisthenics, reduced rations, and being doused in cold water and exposed to the weather in winter, fall, and early spring. Like most other camps, vermin such as lice, scabies, flies, and rats were endemic.

The ages of most of the children ranged from 6 to 16, though as mentioned above some were as young as two. At 16, children were to be sent to adult work camps. 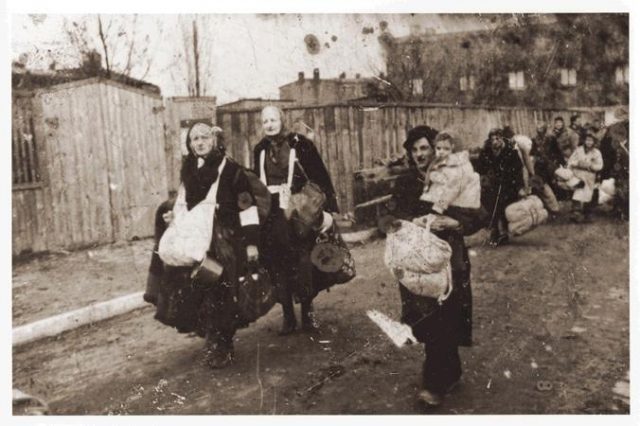 Ghetto residents head toward the trains that will take them to Chelmno.

Historians estimate that the average number of children in the camp at any one time was 3,000, but that fluctuated  throughout the war. When the Soviets liberated Lodz in January 1945, they found somewhere between 2,000 and 3,000 children in the camp, the Germans having fled at the last moment.

Later that year, two of the camps’ “supervisors” (euphemistically called “tutors” by the Germans) were caught and sentenced to death. 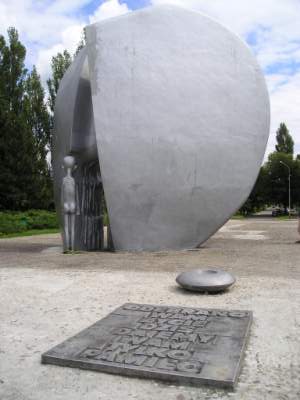 One managed to escape and live in Lodz under an assumed name until she was caught in 1974. She spent 20 years in prison and then lived in Lodz until she died in 2003.

A documentary film called We Were Stripped of our Whole Childhood tells the story of the camp, and in 1971 a memorial for the children was raised in Szare Szeregi Park in Lodz.