Inside Princess Diana’s Last Will And Testament

In 1998, less than one year after Princess Diana’s untimely death in August 1997, her will was released. This is not common for members of the British royal family. After the death of a senior member of the royal family, the courts are asked to seal their wills. Such was the case of Prince Philip, who passed away in April 2021. His last wishes will remain sealed for at least 90 years to protect the “dignity and standing” of the Queen. Unlike the family she had married into, Diana’s will was released to the public – and its contents angered a few members of the family.

What’s in Diana’s will? 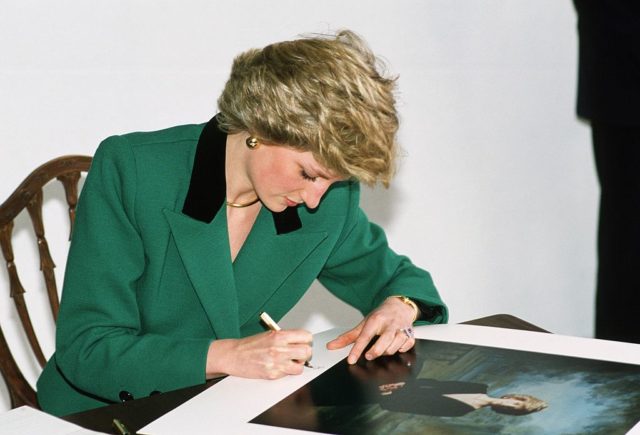 Diana, Princess of Wales signing an official of herself, taken by Lord Snowdon, at the Castle of St George in Lisbon (Photo Credit: Tim Graham Photo Library via Getty Images)

Diana’s will seemed fairly straightforward when it was released in 1998. She had already written her final will and testament four years before her death in 1993. Court filings disclosed that Diana’s assets were valued at around £21 million (or around US $33.6 million), which was closer to £17 million (US $27.2. million) after taxes.

As one might expect, although several beneficiaries were named in Diana’s will, the two main heirs of her estate were her sons, Harry and William. Originally, Diana’s will called for these assets to be held in trust for William and Harry until they turned 25. Diana also left £50,000 (or US $80,000) to her butler and friend, Paul Burrell. 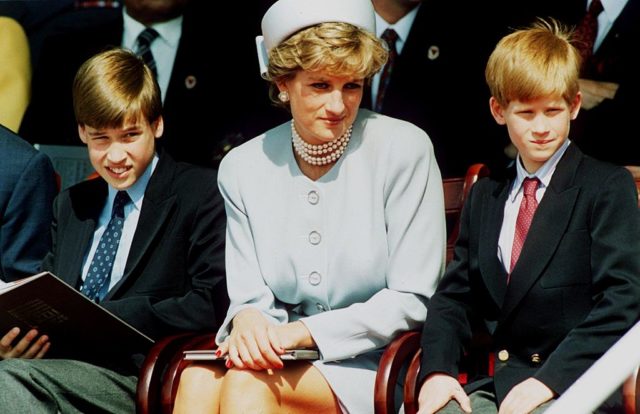 Diana, Princess of Wales with her sons Prince William and Prince Harry attend the Heads of State VE Remembrance Service in Hyde Park on May 7, 1995 in London, England. (Photo Credit: Anwar Hussein/Getty Images)

When it came to the collection of her personal property (called “chattels”), Diana directed the executors of her will to “give effect as soon as possible, but not later than two years following my death to any written memorandum or notes of wishes of mine with regard to any of my chattels.” Diana penned a Letter of Wishes, dated the day after she signed her will, which asked that all of her jewelry and three-quarters of her chattels be passed on to her sons. The other remaining quarter of her personal property should be left for her 17 godchildren.

Was she not clear? 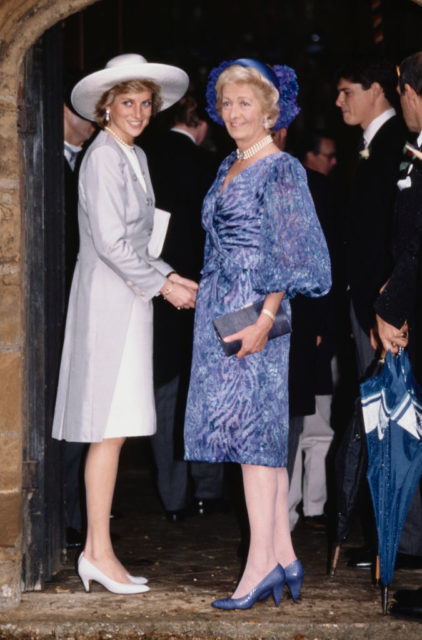 Without notifying the parents of any of the godchildren (most of whom were minors at the time), the executors petitioned the probate court for a variance of the will. This variation order, which was granted to them, allowed for Diana’s mother and sister to alter the provisions stipulated in the will and her Letter of Wishes (which had legal standing). It permitted her mother and sister to distribute Diana’s estate differently than she specified in her will. 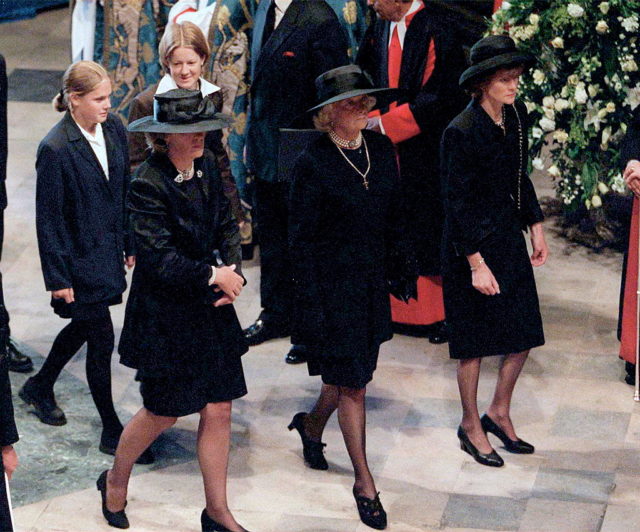 The Funeral Of Diana, Princess Of Wales, At Westminster Abbey In London. (l To R) Jane Fellowes, Mrs Frances Shand-kydd And Lady Sarah Mccorquodale. Behind Them Are Eleanor And Laura Fellowes. (Photo by Tim Graham Picture Library/Getty Images)

The variance order delayed the distribution of Prince William and Prince Harry’s inheritance. Rather than William and Harry receiving their trust when they turned 25, they had to wait until they turned 30 – although they could start receiving interest from the trust fund at age 25.

The most shocking change to Diana’s will involved changes to her Letter of Wishes. Instead of Diana’s godchildren splitting one-fourth of Diana’s personal property (each share of which would have been worth around £100,000 or $160,000), they received a “tacky memento.”

What’s worse is that these changes to Princess Diana’s Letter of Wishes were kept secret for several years until it was revealed through unrelated court proceedings. When Diana’s godchildren and their parents found out about the changes, they were outraged.

Why was the will changed? 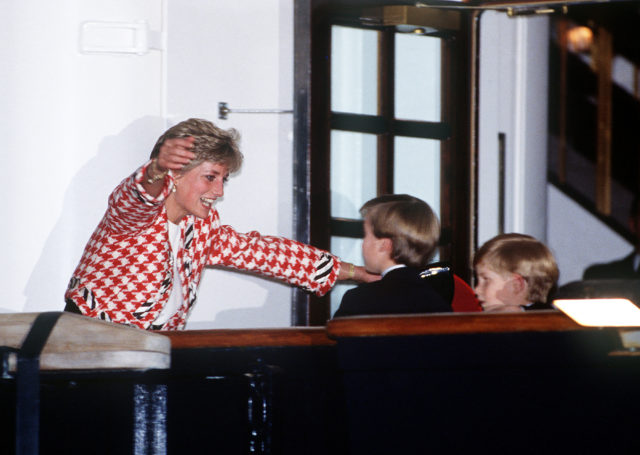 The Princess of Wales greets her sons Prince William and Prince Harry on the deck of the yacht Britannia in Toronto, when they joined their parents on an official visit to Canada, 23rd October 1991. The Princess is wearing a Moschino suit. (Photo Credit: Jayne Fincher/Princess Diana Archive/Getty Images)

The law is all-binding, but loopholes can often be found in contracts and wills if scrutinized closely enough. The court allowed Diana’s executors to ignore her Letter of Wishes because it contained words such as “discretion” and “wishes.” This language allowed Diana’s executors to argue that they could use their own discretion when it came to honoring her wishes outlined in this Letter.

More from us: Why Elton John Almost Didn’t Perform at Princess Diana’s Funeral

One could argue that Diana’s mother and sister altered Diana’s final wishes to ensure Harry and William received all of Diana’s personal property, rather than three-quarters of it. However, presumably, Diana wanted her other family members to have a meaningful piece of her personal property when she died, or she wouldn’t have written a Letter of Wishes to begin with. We unfortunately will never know what the Spencer family’s true motivation was in disregarding Diana’s Letter of Wishes.