Season five of The Crown must have revenge on the mind. Elizabeth Debicki, who is portraying Princess Diana in the Netflix show’s upcoming season, has been photographed wearing one of Diana’s most iconic looks.

Debicki was seen wearing a replica of Princess Diana’s Christina Stambolian little black dress that she famously wore to the 1994 Vanity Fair party at the Serpentine Gallery in London.

Princess Diana had had the stunning off-the-shoulder number in her closet for a number of years, but chose to debut it on the night a televised interview aired in which Prince Charles confessed his infidelity with Camilla Parker-Bowles. 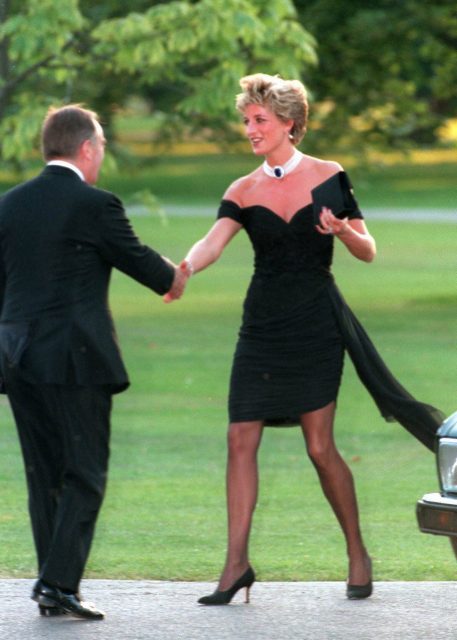 Of course, publicly hearing that her husband had cheated on her was going to be difficult, and Princess Diana could have easily stayed out of the limelight until the storm passed. Knowing that all eyes were going to be on her, Diana’s iconic dress became a clear message to both Charles and to the rest of the world.

Actress Elizabeth Debicki is the spitting image of Princess Diana in 1994. Debicki donned a black off-the-shoulder dress, tights, heels, and a similar necklace to the one Princess Diana wore to the Vanity Fair part. The actress was filmed getting out of the car and greeting guests at the event. 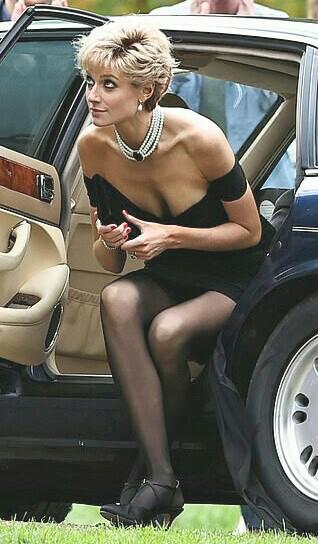 More from us: Here’s Why Princess Diana’s Inner Circle Is Horrified With Her Portrayal In ”˜Spencer’

Elizabeth Debicki is the second actress to play Diana Spencer in the Netflix hit series. The fourth season featured English actress Emma Corrin. Her work earned her a Golden Globe for Best Actress in a Television Series Drama and she was also nominated for the Primetime Emmy Award for Outstanding Lead Actress in a Drama Series. Similarly, actress Kristen Stewart will play Diana Spencer in the 2021 historical biopic Spencer.

Season five of The Crown is set to premiere in November, 2022, and we certainly cannot wait to see how Elizabeth Debicki portrays Princess Diana.