Director Quentin Tarantino has been friends with the Happy Madison gang for a long time, so when he was writing the script for Inglourious Basterds, he had Adam Sandler in mind for one of the ‘basterds.’ However, fellow director Judd Apatow put a stop to that dream when he needed Sandler for a different project.

Tarantino was inspired while hanging with Sandler and the gang 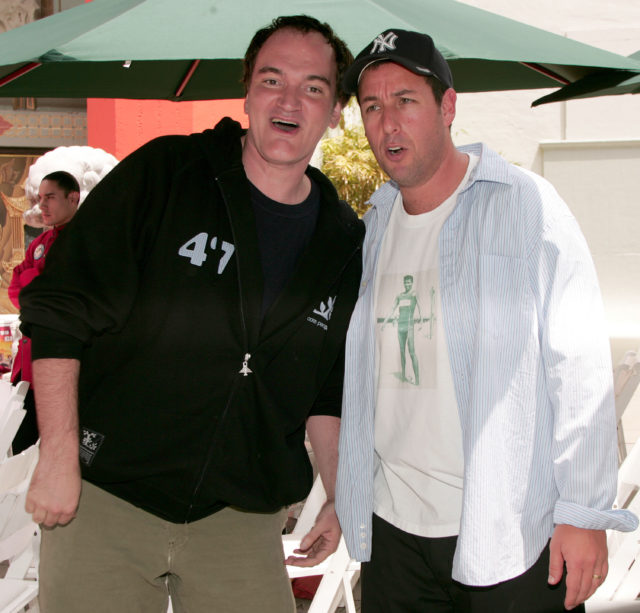 Tarantino had a short cameo in Little Nicky (2000), and from there he began to hang out with Sandler’s group of friends. He explained, “I was like hanging out with that crew for a while. We went to a bunch of different things together.” That is actually how Tarantino first met Judd Apatow- through Adam Sandler.

When Tarantino was imagining the cast for the film he finished writing in 1998, Inglourious Basterds, he decided on Sandler to play Sergeant Donny “The Bear Jew” Donowitz. He wrote the role for Sandler. The character is the American ‘basterd’ who killed German soldiers with a baseball bat.

Tarantino’s desire to cast Sandler in the role has been rumored as far back as 2009, and on Bill Maher’s podcast, he finally confirmed it. “But yeah, the Bear Jew was going to…I wrote the Bear Jew for Adam Sandler,” he explained.

Sandler was really excited about it 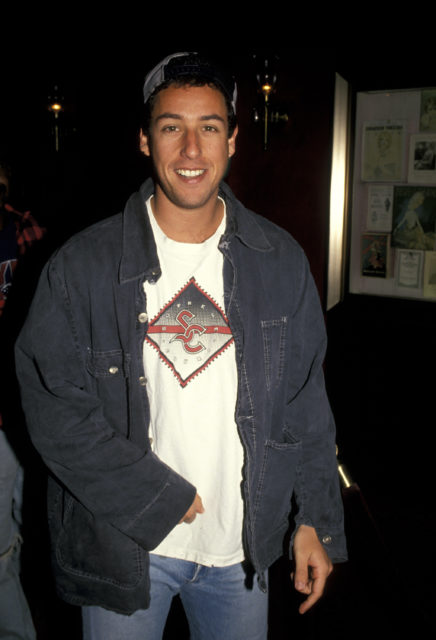 Apatow felt bad for stopping Sandler from being in the film 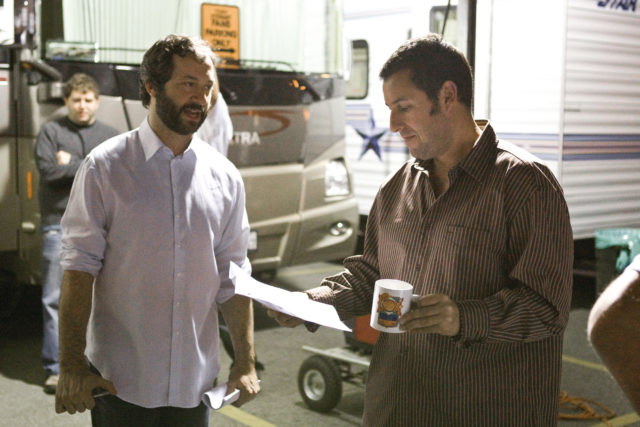 As we all know, Sandler did not end up playing the role of “The Bear Jew” when the film was shot and released in 2009. This was because he was already committed to a different project. He’d agreed to star in Apatow’s film Funny People a year and a half before the start of production. He starred alongside other celebrities like Seth Rogan and Jonah Hill.

“I feel bad because when I did ‘Funny People’ with Sandler, I wasn’t aware that that was the exact time you were trying to use him for ‘Inglourious Basterds,'” Apatow admitted to Maher in the same podcast interview. Tarantino had trouble finding a replacement because of Apatow’s film.

More from us: Meet Hal Needham, The Stuntman Who Inspired Brad Pitt’s Character in ‘Once Upon a Time in Hollywood’

In the end, Tarantino found an excellent match for the role, ultimately casting his friend Eli Roth as “The Bear Jew.”