In Star Wars: Episode V – The Empire Strikes Back (1980), Luke Skywalker (played by Mark Hamill) finds himself stranded in the snow of the ice planet Hoth. Trying to find his way back to the Resistance’s Echo Base, Skywalker awakens upside down and face-to-face with the terrifying, yeti-like wampa. Luke’s face is mauled by the wampa as he tries to escape its lair, and when he is seen again back at base his face is in rough shape.

But some fans believe the wampa scene was written to skirt around a drastic change to Mark Hamill’s face that happened before filming started.

On January 11, 1977, Hamill got into a car accident that left his nose and left cheekbone fractured. Surgeons had to take cartilage from his ear to rebuild his nose. Luckily, no one noticed when the Jedi stepped out with a different face. But if Star Wars had premiered four months before the accident, news of the up-and-coming star’s injuries would be everywhere. 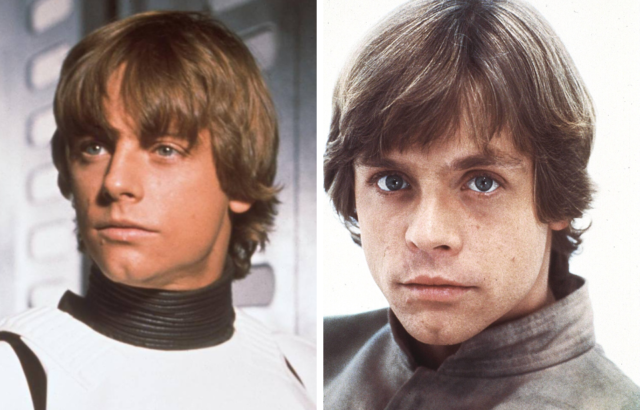 Between the release of the first Star Wars: Episode IV – A New Hope film in 1977 and its sequel Star Wars: Episode V – The Empire Strikes Back in 1980, fans started to notice slight changes in Hamill’s face. Speculation swirled as to whether the wampa attack had been written in as an excuse for his different appearance.

In a 1978 interview for Gossip Magazine, Hamill explained what happened to cause the accident: “What happened was that I was on the wrong freeway. I was way out in the sticks somewhere and there were no cars and no traffic, thank God,” Hamill said. “I was going about 65-70 miles per hour… I was speeding, going too fast… and what happened, I think, was that I tried to negotiate an off-ramp and lost control, tumbled over, and went off the road. I fractured my nose and cheek.” 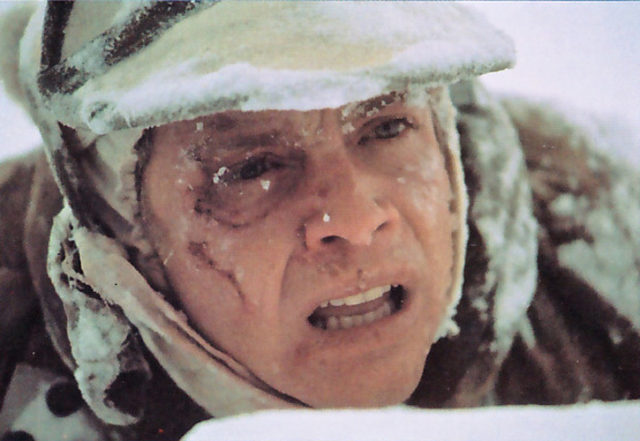 The day after the accident, Hamill was supposed to do pick-up shots for A New Hope. Instead, director George Lucas had to use a body double to cover for Hamill’s absence (though none of the shots included his face).

As for his appearance in The Empire Strikes Back and the creation of the wampa scene, Lucas says that the scene wasn’t written because of the accident but did admit it helped to explain Hamill’s new look to fans. Lucas also clarified that while the wampa was added in, it had nothing to do with Hamill. “We needed something to keep the film suspenseful at the beginning while the Empire is looking for them.”

Carrie Fisher, who plays Princess Leia in the Star Wars films, also recalled what happened after her co-star’s tragic accident: “I was still shooting Star Wars when Mark got into the car accident… Miraculously his teeth didn’t shatter. But his nose did. He had to have some of his ear put into his nose. So they adjusted the film with this snow monster to right away in the movie scratch his face to account for his looks being different.” 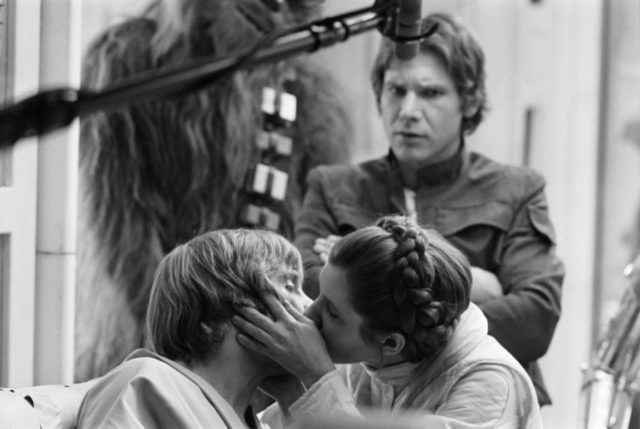 Fisher’s story is also corroborated by a deleted scene that shows a droid mending Skywalker’s face after the attack.

More from us: Jamie Lee Curtis Warns People Not To ‘Mess With’ Their Faces

As for Hamill, he’s been fairly quiet about the fan theory. He did divulge in a 2014 interview that the scratches on Luke Skywalker’s face after the wampa attack were based on the actual scars on his face from the accident.