This Karaoke Song Kills in the Philippines… Literally

For many people, karaoke is a relaxing and enjoyable activity that can help let off a bit of steam after a busy and stressful week. However, there is one particular song that is known to incite violent behavior in both the performer and the audience. Karaoke singers, beware.

One of Frank Sinatra’s greatest records 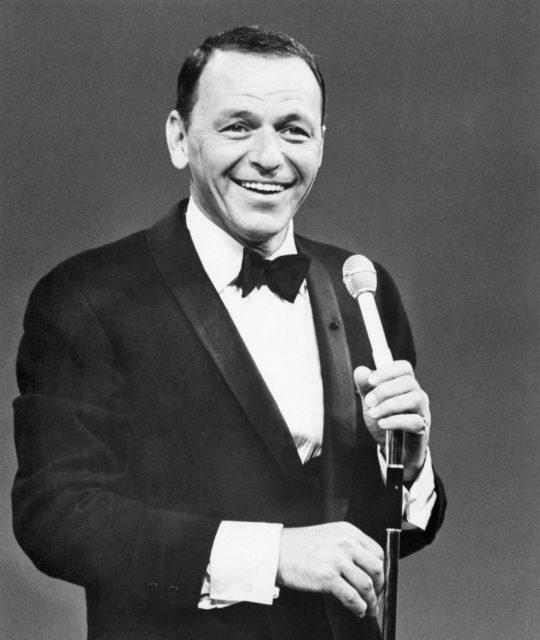 In March 1969, Frank Sinatra released “My Way,” which was written by Paul Anka for Ol’ Blue Eyes to describe his “tough guy” career. The proud lyrics explain how whenever there was doubt, Sinatra “ate it up and spit it out,” and lived his life with no regrets. That song is considered one of Sinatra’s best both vocally and creatively, but it has, oddly, been the cause of some serious karaoke violence over the past couple of decades.

The famous song has become a karaoke favorite in the Philippines. Karaoke is a big part of Filipino culture, and karaoke etiquette is extremely important – in some cases, it can even make the difference between life or death. Some believe that “My Way” is cursed, with so much violence linked to the tune. Between 2002 and 2012, anywhere between half a dozen and a dozen people were reported killed with some kind of connection to the song being performed at karaoke.

A man was shot to death 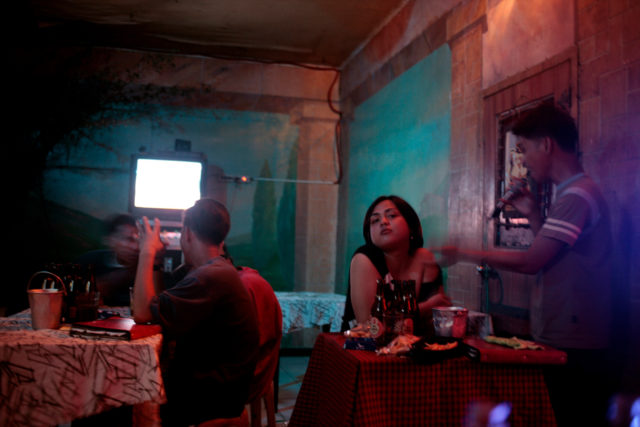 A Patron sings to his girlfriend in a karaoke bar on September 21, 2008 in Adriatico Street, Malate, Manila. Karaoke is extremely popular in the Philippines. (Photo Credit: Tim Clayton / Corbis / Getty Images)

In 2007, 29-year-old Romy Baligula was singing “My Way” at karaoke in San Mateo, Philippines. Apparently, he was singing out of tune, which is considered a no-no in Filipino karaoke etiquette. He was interrupted by 43-year-old Robilito Ortega, a security guard who told him he was butchering the song. Baligula brushed off the comment and continued to sing.

As he carried on with his performance, Ortega became outraged. He pulled out his .38 caliber pistol and shot Baligula in the chest. According to police, Baligula died instantly and Ortega was detained by an off-duty police officer. This incident is just one in a list of many violent occurrences that took place during or just following the performance of Sinatra’s “My Way.” The deaths are now referred to by some as the “‘My Way’ Killings.” 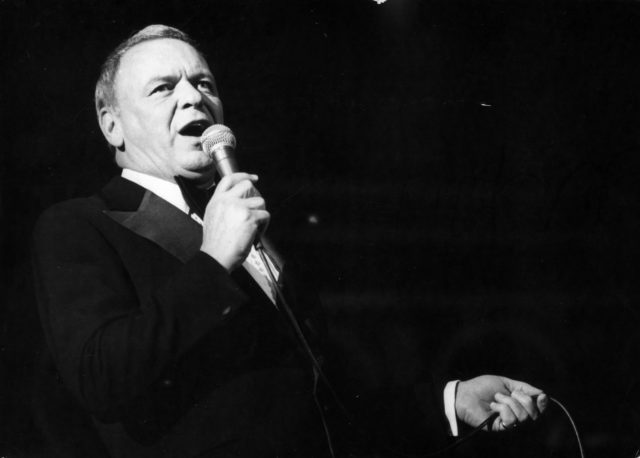 Frank Sinatra singing at a concert in Israel proceeds of which go to charities and the ‘Frank Sinatra Brotherhood and Friendship Center’ in Nazareth, circa 1976. (Photo Credit: Daniel Rosenblum / Keystone / Getty Images)

In Zamboanga del Norte in 2018, a 60-year-old man tried to take the karaoke microphone from his 28-year-old neighbor who was hogging the limelight (another no-no in Filipino karaoke etiquette). “My Way” was about to play. A fistfight broke out resulting from the microphones confiscation, and the 60-year-old was ultimately stabbed by his neighbor and taken to the hospital where he died of his injuries.

Lots of people used to love singing “My Way” at karaoke, but the violence surrounding the song has made most people avoid it. Some karaoke bars in the Philippines have removed the song from their lists altogether. One man admitted, “I used to like ‘My Way,’ but after all the trouble, I stopped singing it,” he said. “You can get killed.”

Theories as to why it causes so much violence 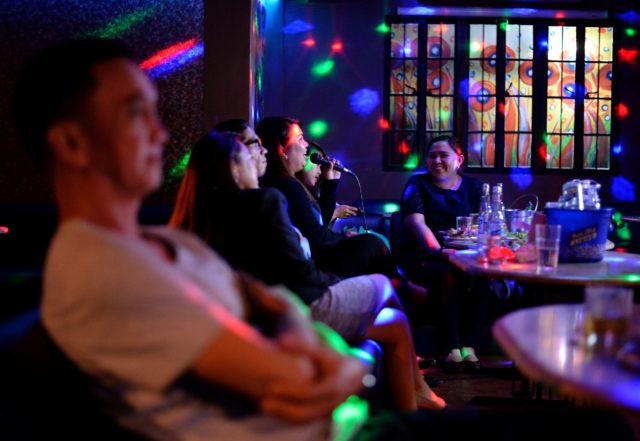 Customers sing karaoke at a nightclub in Davao City, on the southern Philippine island of Mindanao on May 10, 2016. (Photo Credit: NOEL CELIS / AFP / Getty Images)

There are many theories as to why “My Way” has become such a violent karaoke song. Some believe that it’s a song that only Sinatra himself could pull off, and anyone else who tries to sing it makes a mockery of the beautiful tune. Others believe that the lyrics evoke “pride and arrogance in the singer, as if you’re somebody when you’re really nobody. It covers up your failures. That’s why it leads to fights.”

Another theory suggests that it is a result of location. The “‘My Way’ Killings” have been mostly contained to the Philippines. According to the New York Times, most of the deaths happened after the singer sang out of tune and the country has a low tolerance for bad singers. As Roland B. Tolentino, a pop culture expert, explains, “The Philippines is a very violent society, so karaoke only triggers what already exists here when certain rules are broken.”

More from us: Lucille Ball Sent Carol Burnett Flowers The Day She Died

Karaoke rage does happen elsewhere in the world, with accounts recorded in places like Malaysia and the United States.